3-6 Week’s Worth of Rain Upper Midwest – Is our Weather Increasingly Getting Stuck? 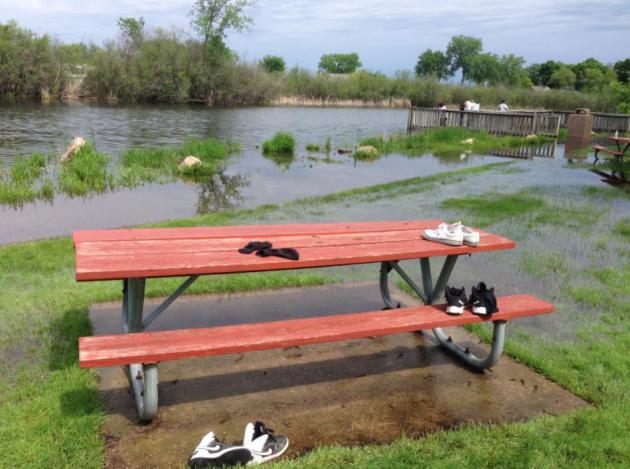 Slow-Motion WeatherThis is why climate trends are important, why we should listen to the scientists and keep an eye on the symptoms and trends.A warmer atmosphere is flavoring all weather now. Rapid warming of the Arctic may be impacting jet stream wind speeds over the Northern Hemisphere. So what? A slower jet increases the potential for blocking patterns; stalled storms more likely to spark flooding rains and temporarily “stuck” high pressure bubbles capable of sudden drought and heat.If you’re bailing water out of your basement there’s a statistically significant chance it may be linked to these global trends. I’ve noticed an escalation of these blocking patterns since about 2010. Exhibit A: a 3 month polar vortex. I hope it’s just my imagination.The frontal battle zone that spawned “training thunderstorms” – a conga-line of storms bubbling up along the same boundary (much like the cars in a train pass over the same section of track) – shifts east later today, and things finally begin to dry out. We cool off a bit; more T-storms sprout next weekend. With luck the front won’t stall and spark more flash floods.That’s the thing about climate change. It only hits home – when it hits home. 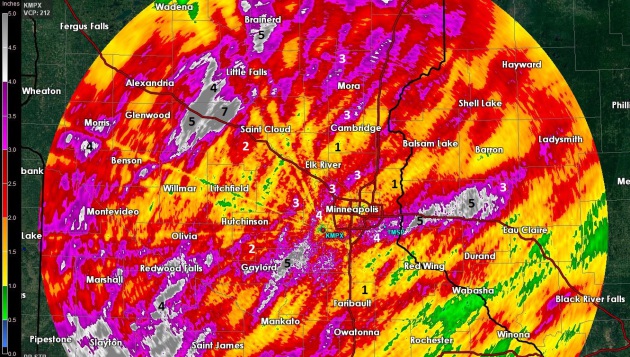 Doppler-Derived Storm Rainfall Estimates. Remind me to invest in scuba gear, maybe an amphibious vehicle. Data from the MPX (Twin Cities) Doppler shows a band of 3-5″ rains from the southwest and west metro into the northern suburbs, another band of 4-6″ from near Woodbury and Cottage Grove into west central Wisconsin, straddling I-94. The heaviest band set up in western Stearns County, where some 6-8″+ amounts may have fallen, close to 2 month’s worth of rain in roughly 48 hours. Impressively wet.

Pushing The Forward Button. After hitting pause over the weekend with a stalled front that sparked widespread flooding across the Upper Midwest, a more progressive pattern returns to weather patterns this week. A potentially significant severe storm outbreak is likely over the central Plains and Midwest late Tuesday into Wednesday, while Wisconsin, Minnesota and the Dakotas dry out in the coming days. NAM Future Radar loop: NOAA and HAMweather. 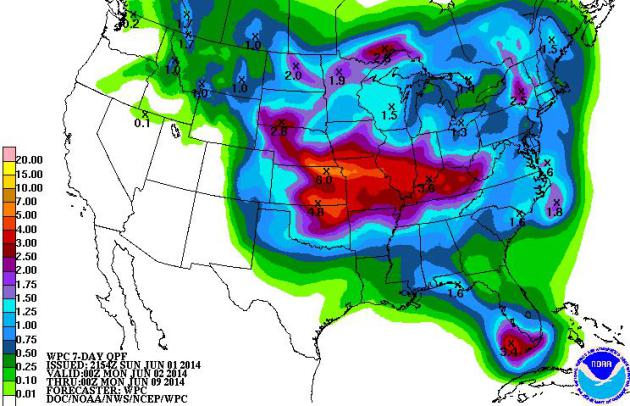 7-Day Rainfall Potential. NOAA models show some 3-5″ rains in the coming week, the best chance of heavy rain (and severe storms) from near Lincoln and Omaha to Des Moines, Kansas City, St. Louis, Peoria and Louisville by next Monday. 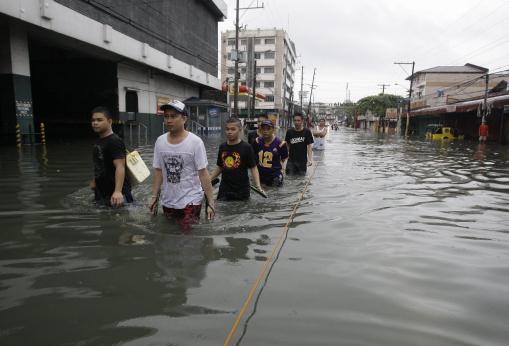 Climate Change to Boost Summer Flash Floods, Says Study. No kidding. Here’s an excerpt from a story at The BBC: “…When they looked at rainfall patterns for the winter months, they found that both the 12km and 1.5km grid models showed an increase in rainfall. Both models found that summers in the future would be drier overall. However, when it came to intense downpours, defined as more than 28mm per hour, the higher resolution model saw a significant increase. It found that there could be up to five times the number of events per hour than we see currently…” (File photo: Aaron Favila, AP).* more details on the study referenced above from Planet Earth Online. 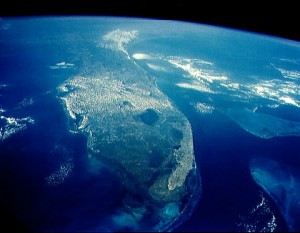 Florida Riding a Lucky Streak as Hurricane Season 2014 Opens. It’s been 9 years since a Category 3 or stronger hurricane has struck the U.S. mainland (Wilma back in 2005). At some point the law of averages runs out – no idea if this will be the year. Here’s a clip from The Miami Herald: “…The last time a hurricane struck Florida, we were in the midst of a Shaq attack, largely oblivious to a phenom in Cleveland named LeBron becoming the youngest player to score more than 50 points in a pro basketball game. Jeb Bush was governor. And about 27,000 Miami-Dade first-graders hadn’t even been born. That may seem like ages ago in South Florida years. But in hurricane time, it’s just a lucky streak that forecasters warn could end anytime over the next six-month hurricane season, which officially opens today. “We’re very vulnerable, so it’s a matter of when, not if,” said National Hurricane Center Director Rick Knabb…” 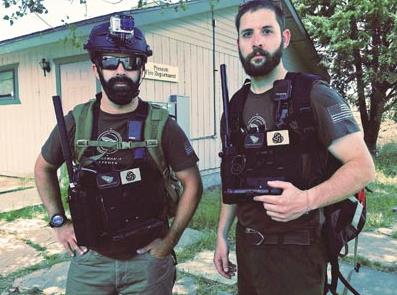 High-Tech Equipment Helps Firefighters Battle Blazes. It’s all about situational awareness, for the blaze itself and real-time weather that might impact the spread of the fire, threatening not only homeowners but the fire crews trying to contain a rapidly spreading wildfire. Here’s an excerpt of a very interesting article from The Prescott Daily Courier: “…Officials from the Department of Defense’s Defense Advanced Research Projects Agency (DARPA) and their contractors demonstrated the new technology Thursday in the field for the Prescott Fire Department, even bringing along a plane to provide real-time aerial images of a simulated wildfire and firefighters. They plan to stay for several days to train first responders….”Photo credit above: Joanna Dodder – The Daily Courier. “Will Bingman and Chris Stalzer from Juggernaut Defense show off FLASH field kits Thursday during a demonstration of the technology in Prescott.” 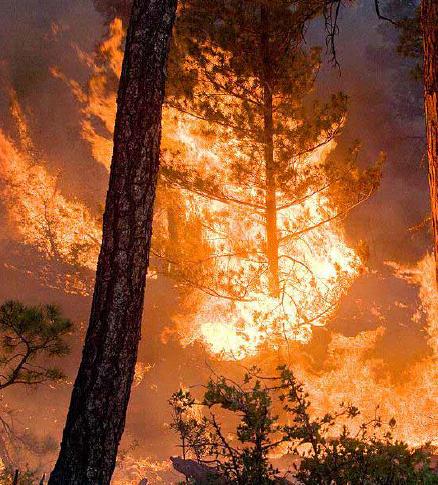 Wildfires Fan Growth of Private Firefighting Crews. If you have the money you can hire your own personal army of hot shots who will do everything in their power to protect your home from approaching flames. Here’s a clip from The Coloradoan: “…With “megafires” like the High Park on the rise, Ward is one of many property owners in the West who are opting for an extra layer of protection during a wildfire — a private fire crew, in this case hired by Ward’s insurance company, Chubb Group of Insurance Companies. The program makes “total economic sense,” Ward said, since saving a home from wildfire saves an insurance company more money in the long run. Paying for private fire protection is an increasingly popular option in Colorado, where three massive wildfires have destroyed hundreds of homes since 2012, said Carole Walker, executive director of the Rocky Mountain Insurance Information Association…”File photo: United States Forest Service. 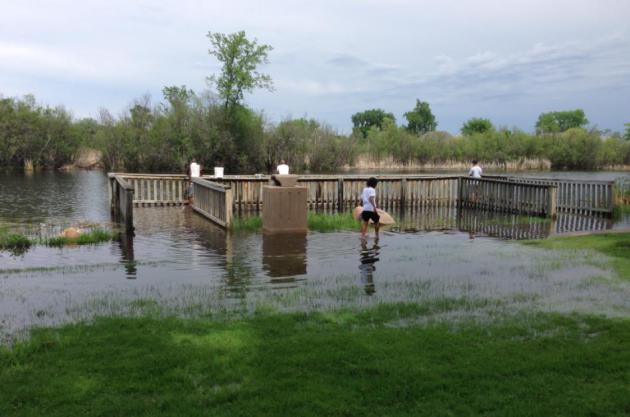 One response to “3-6 Week’s Worth of Rain Upper Midwest – Is our Weather Increasingly Getting Stuck?”