17 Jun 2013, 5:38 am
Share:
Father’s Day Tan Line
I got the one thing I wanted most yesterday: family togetherness. That, and a sudden (reckless) dose of sunny Vitamin D. I also received a friendly lecture out on the lake. “2012 was the earliest we got our dock and boat in the water – this year was the latest since we moved here a generation ago. How do you explain THAT Mr. Weatherman?”
People want a tidy 8 second TV soundbite explanation, when the reality of what’s happening is impossibly complex. There’s a large and growing body of evidence that rapid melting/warming in the Arctic is impacting our day to day weather patterns. We need more data, more research, but as you might expect – everything is interconnected.
NOAA records show much of the Minneapolis area and southern Minnesota has picked up twice the normal amounts of rain in the last 30 days; 3X for far southeast Minnesota. The hottest, steamiest warm fronts are stalling over Iowa and far southern Minnesota – waves of low pressure rippling east along a stalled tropical front.
We may miss out on 90s, but we’re sure to see more heavy T-storms by late week, maybe a severe outbreak next weekend. Farmers are fuming about waterlogged fields. For good reason: it seems to pour now every other day.

A Persistent Boundary. I’m not sure whether to feel blessed or annoyed. 90s can’t quite reach this lofty latitude, fronts getting stuck just south of MSP, waves of low pressure rippling eastward along that frontal boundary sparking episodes of T-storms. 84 hour NAM: NOAA. 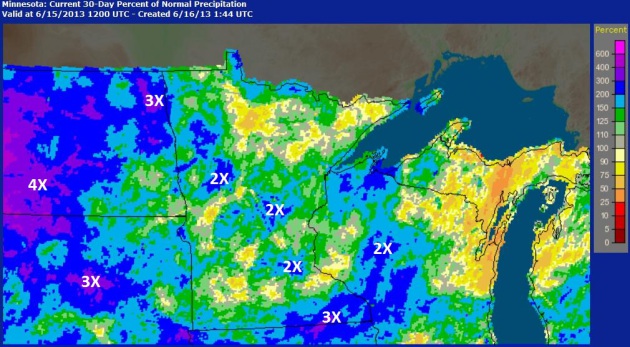 30 Day Rainfall Percent of Normal. Much of central Minnesota and the immediate Twin Cities has picked up twice as much rain as normal in the last 30 days, according to NOAA. Farms over southeastern Minnesota have seen 2 to 3 times more rain than average since May 15. 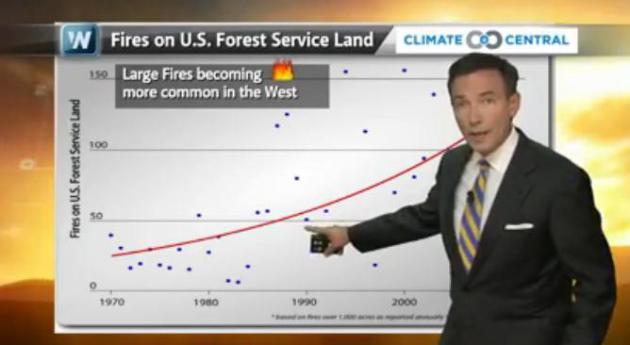 An Early Start To Wildfire Season. In yesterday’s edition of “Climate Matters” we examined wildfire trends over the western USA. Wildfire season is now an average of 78 days longer than it was in 1970. Dry areas are becoming even drier, and when winter snows are lighter than average it can set the stage for a long, hot, fiery season. Such will be the case in 2013. 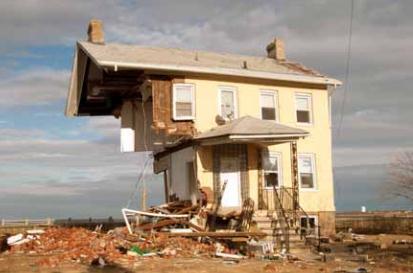 The Storm, Next Time. Have we learned anything from Superstorm Sandy? Here’s an excerpt of an Op-Ed in The New York Times: “…About 400,000 New Yorkers live in flood-prone areas. City analysts estimate that, by the 2050s, 800,000 people will live within those areas. As Mr. Bloomberg said of the need to start working immediately: “Whether you believe climate change is real or not is beside the point; the bottom line is we can’t run the risk.” The main challenge, of course, will be finding enough money to build the walls, bulkheads, levees and other fortifications to minimize the effects of future storms. Mr. Bloomberg estimated that his complex plan, with 250 proposals, would cost almost $20 billion over the next decade…” (photo: Patsy Lynch, FEMA). 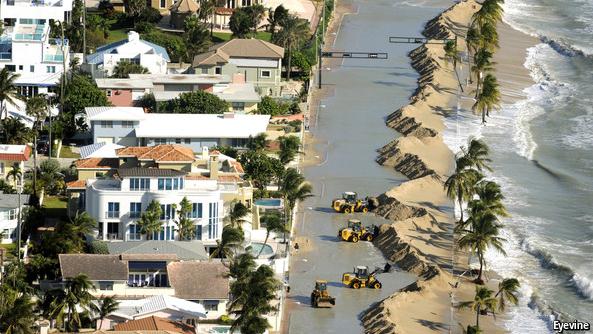 You’re Going To Get Wet. The Economist reports that Americans are building beachfront homes, even as ocean levels continue to rise. What’s the definition of insanity? Doing the same thing over and over again, expecting different results? Better to buy a home 5 blocks inland…and be patient. Here’s an excerpt: “Before Hurricane Sandy tore through New York and New Jersey, it stopped in Florida. Huge waves covered beaches, swept over Fort Lauderdale’s concrete sea wall and spilled onto A1A, Florida’s coastal highway. A month later another series of violent storms hit south Florida, severely eroding Fort Lauderdale’s beaches and a chunk of A1A. Workers are building a new sea wall, mending the highway and adding a couple of pedestrian bridges. Beach erosion forced Fort Lauderdale to buy sand from an inland mine in central Florida; the mine’s soft, white sand stands out against the darker, grittier native variety. Hurricanes and storms are nothing new for Florida. But as the oceans warm, hurricanes are growing more intense. To make matters worse, this is happening against a backdrop of sharply rising sea levels, turning what has been a seasonal annoyance into an existential threat…” 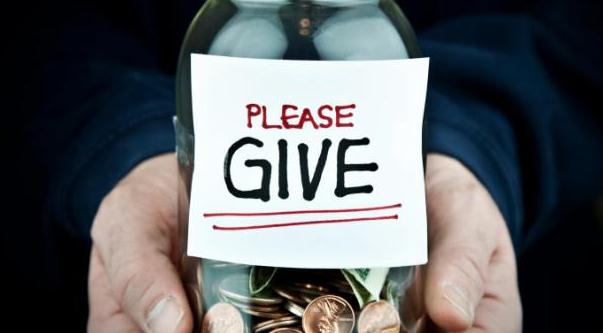 The Worst Charities: Get Information Before You Make Donation. Here’s an excerpt of an eye-opening report from Marketplace.org (which puts on a fine radio show on Public Radio, btw): …”The top of our list is an organization called Kid’s Wish Network. They operate out of a metal warehouse in Holiday, Fla. Over the past decade they’ve raised millions of dollars. Of that, about 80 percent — $110 million — has gone to professional solicitors, $4.8 million has gone to the charity’s founder and his consulting firm, and only $0.03 of every $1 that they’ve raised has actually spent directly on helping kids,” says Taggart. “Most of the causes are popular causes that appeal to donors and may sound like a more well-known group.” To make sure that you’re sending your money to good places, Taggart says there are many resources to research charities online.” 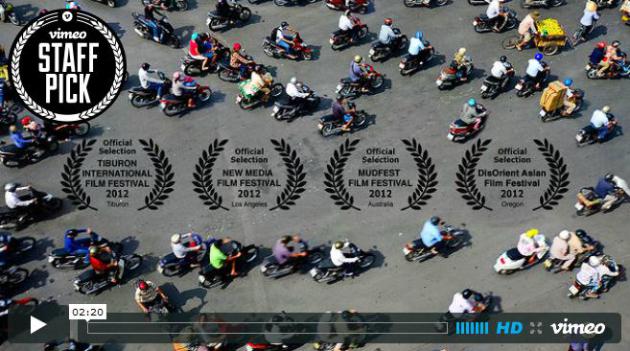 The Most Dangerous Traffic Circle In The World? If you have a couple of minutes, this is worth your time. How on Earth more people don’t plow into each other is beyond me. And you think 494 is rough? Robert Krulwich from NPR has the story (and video); here’s an excerpt: “I’ve been to New Delhi where traffic is frightening. I’ve seen pictures of Nairobi and Bangkok, where it’s even scarier. But Ho Chi Minh City? The town we used to call Saigon? I don’t think I’d put myself in a truck, car, bike or even a Sherman tank in that town. This video opens in the scariest traffic circle I could imagine — actually, it’s beyond imagining — where bikes, cars and people seem simultaneously, collectively and individually heading straight at each other (when you look, just count the vehicles and people on collision course; there are at least two or three in every frame). It’s a metropolitan circle of death, and yet …” 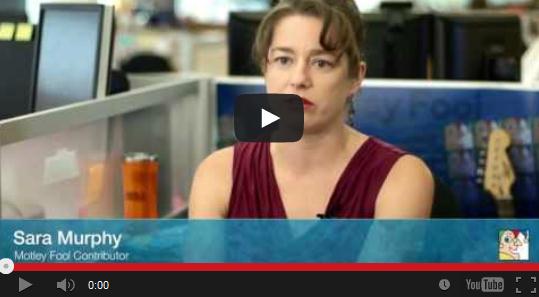 Climate Change Can Kill Your Investment Returns. Here’s a video from Motley Fool and DailyFinance that made me do a double-take: “The planet is warming up — and you may not even realize how much of a profound effect it can have on your portfolio. Climate change is responsible for more extreme weather events and increasing water scarcity, for instance, presenting profound implications for companies. A warming planet poses significant risks — ones that investors too often ignore. Anheuser-Busch Inbev learned this the hard way back in 2001, as you’ll hear in the following video. But it’s not all downside. Cemex is providing solutions to the climate-change challenge. The company’s products improve building efficiency, reduce carbon footprints in the built environment, and more…” 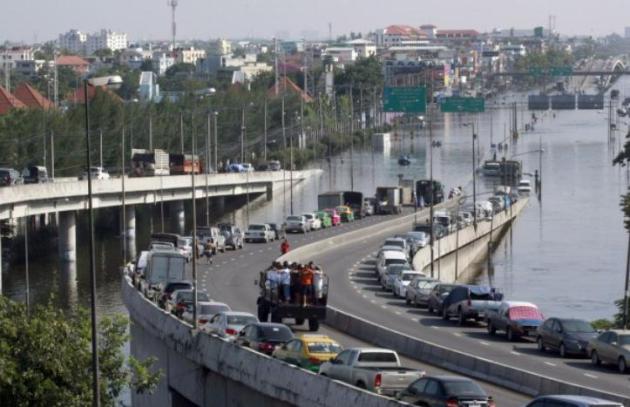 Losing Fight With Climate Change, Locales Around The World Find Ways To Live With It. The AP and Washington Post has a comprehensive look at what some large cities around the world are already doing to try and become more resilient, in the face of rising sea level and more extreme storms. Here’s an excerpt: “From Bangkok to Miami, cities and coastal areas across the globe are already building or planning defenses to protect millions of people and key infrastructure from more powerful storm surges and other effects of global warming. Some are planning cities that will simply adapt to more water. But climate-proofing a city or coastline is expensive, as shown by New York Mayor Michael Bloomberg’s $20 billion plan to build floodwalls, levees and other defenses against rising seas. The most vulnerable places are those with the fewest resources to build such defenses, secure their water supplies or move people to higher ground. How to pay for such measures is a burning issue in U.N. climate talks, which just wrapped up a session in the German city of Bonn...” (photo: AP). 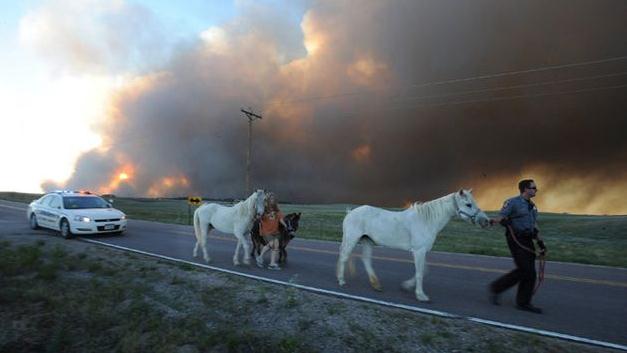 How Climate Change Makes Wildfires Worse. Mother Jones has the story – here’s an excerpt: “…Big wildfires like Colorado’s thrive in dry air, low humidity, and high winds; climate change is going to make those conditions more frequent over the next century. We know because it’s already happening: A University of Arizona report from 2006 found that large forest fires have occurred more often in the western United States since the mid-1980s as spring temperatures increased, snow melted earlier, and summers got hotter, leaving more and drier fuels for fires to devour. Thomas Tidwell, the head of the United States Forest Service, told a Senate committee on energy and natural resources recently that the fire season now lasts two months longer and destroys twice as much land as it did four decades ago. Fires now, he said, burn the same amount of land faster. We can expect “as much as a fourfold increase in parts of the Sierra Nevada and California” in fire activity across the rest of this century, says Matthew Hurteau, assistant professor of ecosystem science and management at Pennsylvania State University…”Photo credit above: “El Paso County Sheriff’s Deputy Dan Cukowski helps evacuate Linda Davies and her horses during the Black Forest Fire on June 11.” Jerilee Bennett/MCT/ZUMAPRESS 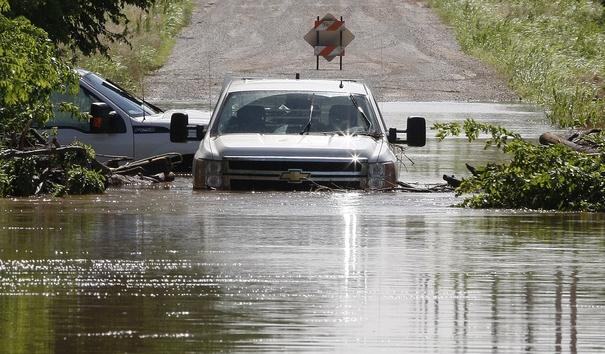 Climate Change Could Increase Areas At Risk Of Flooding By 45 Percent. Here’s the intro to a story at The Atlantic Cities: “Rising seas and increasingly severe weather are expected to increase the areas of the U.S. at risk of floods by up to 45 percent by 2100, according to a first-of-its-kind report released by the Federal Emergency Management Agency on Wednesday. These changes could double the number of flood-prone properties covered by the National Flood Insurance Program and drastically increase the costs of floods, the report finds. The report concludes that climate change is likely to expand vastly the size and costs of the 45-year-old government flood insurance program. Like previous government reports, it anticipates that sea levels will rise an average of four feet by the end of the century. But this is what’s new: The portion of the US at risk for flooding, including coastal regions and areas along rivers, will grow between 40 and 45 percent by the end of the century. That shift will hammer the flood insurance program. Premiums paid into the program totaled $3.2 billion in 2009, but that figure could grow to $5.4 billion by 2040 and up to $11.2 billion by the year 2100, the report found. The 257-page study has been in the works for nearly five years and was finally released by FEMA after multiple inquiries from Climate Desk and Mother Jones…” (photo credit: Reuters).