Another Midwest Storm This Weekend, Snow For Northeast Next Week?

“Earl, that Paul ‘fella is standing too close to the Doppler again. He’s spouting more nonsense this morning!” Let me plead my case. A big snow keeps surface temperatures at least 10-15 F cooler than they would be otherwise. This, in turn, can tip the next storm over from rain or a mix to all snow. A fresh snowfall can have a domino effect on future storms.

Such may be the case this weekend; the normally reliable ECMWF model prints out 8 tenths of an inch of liquid water Saturday. It’s still early to be throwing inch-amounts around, but this may be another “plowable” snowfall. Not as much as Sunday, but a slushy pile.

One key difference? The air behind this southern storm surge won’t be as cold. We may not have the problems with ice we had earlier this week. Then again I’m a naive optimist. This will be a warmer storm, in fact snow may mix with sleet, even rain. Even so, a few sloppy inches of slushy snow may fall; temperatures close to 32F should mean mostly wet/slushy travel.

Watching a Colorado Low This Weekend

Happy Thursday everyone — you’re almost done with the work week! Ok, just keep telling yourself that. Luckily the roads are in better conditions than how they started the week thanks to our warm high in the low 40s yesterday here in the Cities. However, we are watching the next storm system on the horizion, and this one looks to be quite interesting. 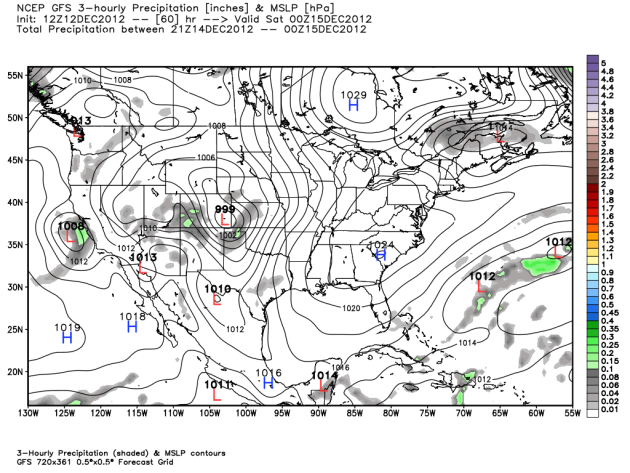 We’re watching the charts, and they currently have our next system up to bat for the upper Midwest late Friday Night through Saturday. Up above is the 12z Wednesday GFS forecast for Friday evening, showing a low gathering strength and ejecting from Colorado into the Plains (where we get the name “Colorado Low”). (Graphic via WeatherBell Models) 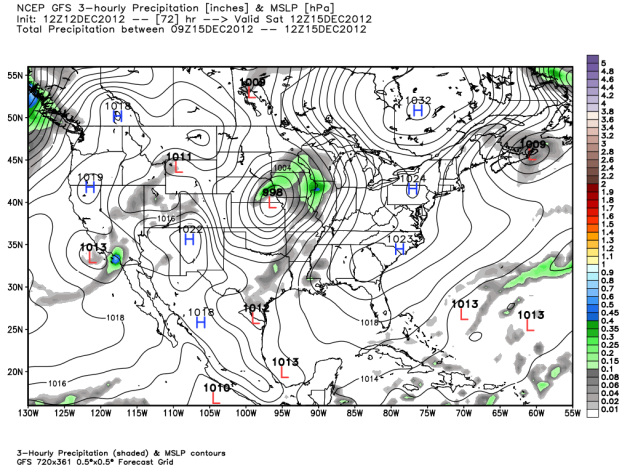 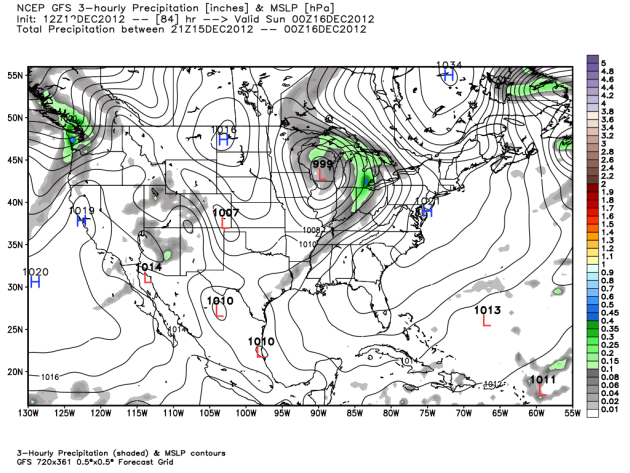 Our Colorado Low moves into Wisconsin by Saturday evening, but we likely will see some left over snow possible Saturday Night into Sunday. (Graphic via WeatherBell Models) 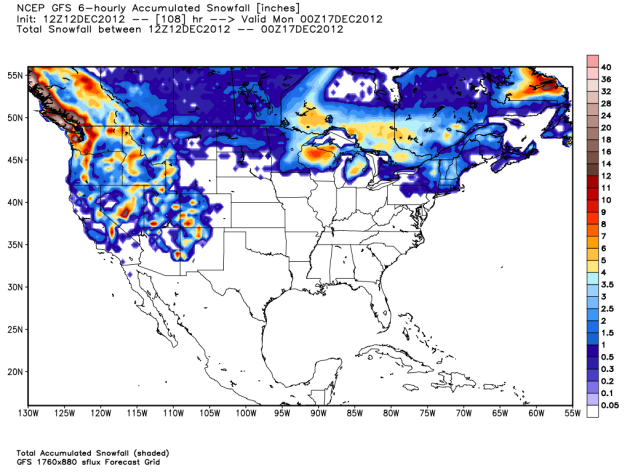 Here is the snow output from the GFS, showing a couple inches of snow possible. However, snow does not appear to be the main problem from this system. (Graphic via WeatherBell Models) 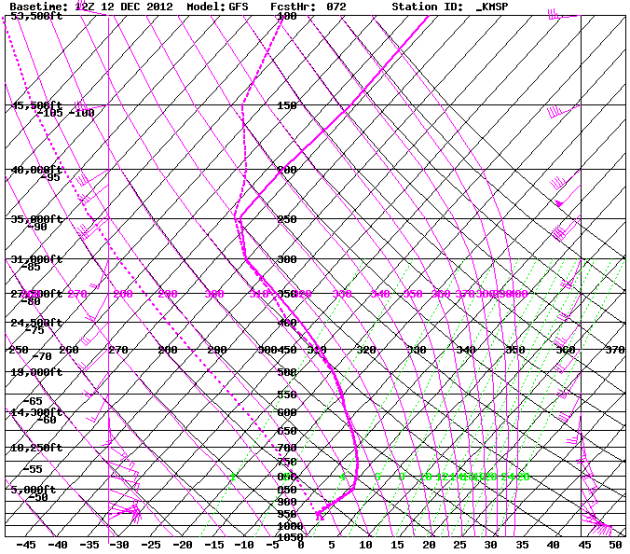 Here’s a forecast sounding (profile of the atmosphere) for Saturday morning. There is more warm air associated with this system aloft than last weekend, and we are going to have to watch out for the possibility of some freezing rain or even a mix. (Graphic via wxcaster.com) 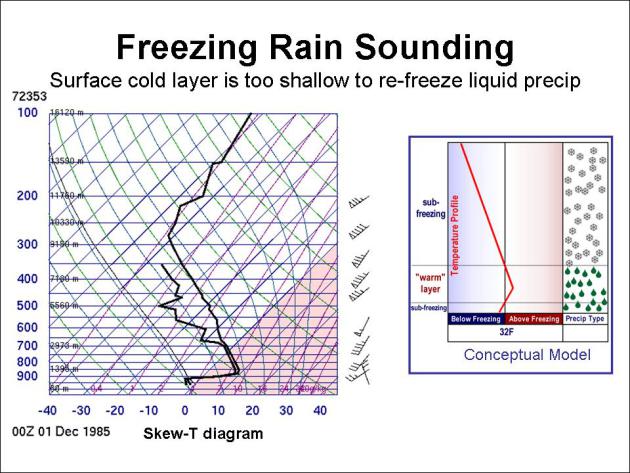 Here is an example of what a freezing rain profile may look like on a sounding. While the forecast sounding shown above may not look exactly like this, we could see the possibility of some freezing rain Friday Night and early Saturday before a change over to rain or snow (or both). (Graphic via Oklahoma Climatology Society) 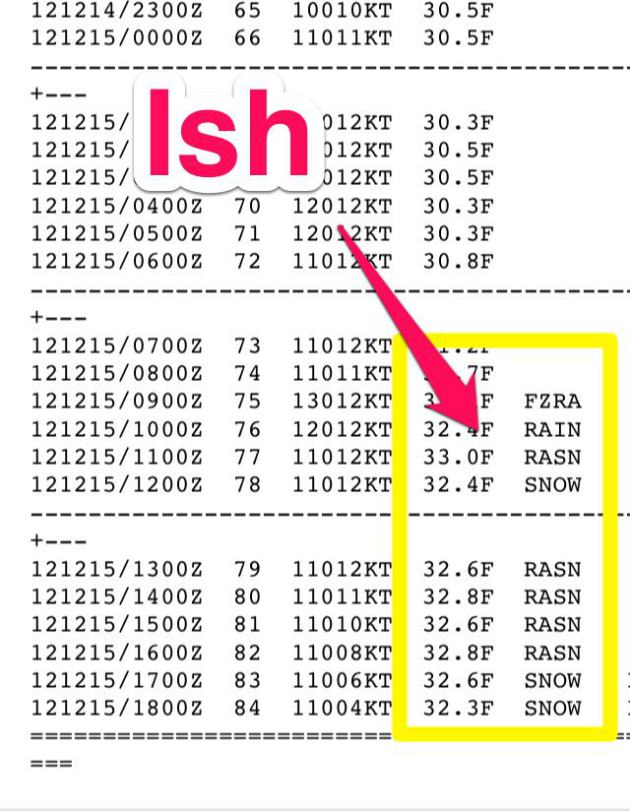 Here is the direct output of what the models are thinking will happen, posted by Todd Nelson. We have a good chance at a mixed bag of precipitation Friday and Saturday. If you are heading anywhere this weekend, you might want to allow some extra time. The good news thought is that this system is not going to have the cold shot of cold air behind it, therefore we should expect better roads that what we encountered after Sunday’s storm.

Both the 12z GFS and Euro runs are putting out about a half an inch of precipiatation. The big differences is the path of the systems, with the Euro having the low at 700mb over Iowa (bringing a little cooler system) and the GFS having the low tracking move over southeast Minnesota (a little warmer system). If the Euro is right, we could expect 3-4″ of snow across Redwood Falls and St. Cloud, with a couple inches for the Twin Cities. The warmer GFS would have a couple inches possible regionwide. Who’s to say either model is correct right now for snow totals? It’s a few days out, and I’m not one for spectulation this far out, especially with a mix possible. I’ll leave that to Paul. (Image via Iowa State) 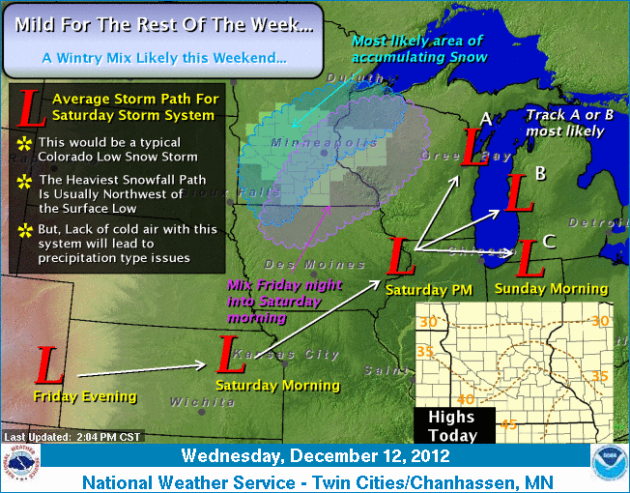 Either way, expect another storm this weekend. It won’t be as bad as the last one, but it is a good thing to see precipitation return to the area, even if it can’t help the drought right now. We are going to need a good rainy period in the spring for that to happen. 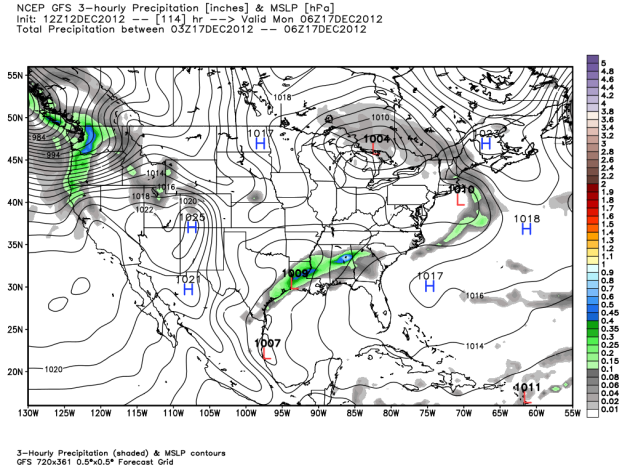 Unfortunately, the next week holds more than just a storm for the upper Midwest. We’re watching a low off the Gulf Coast next Monday morning which could turn into a headache for the northeast. (Graphic via WeatherBell Models) 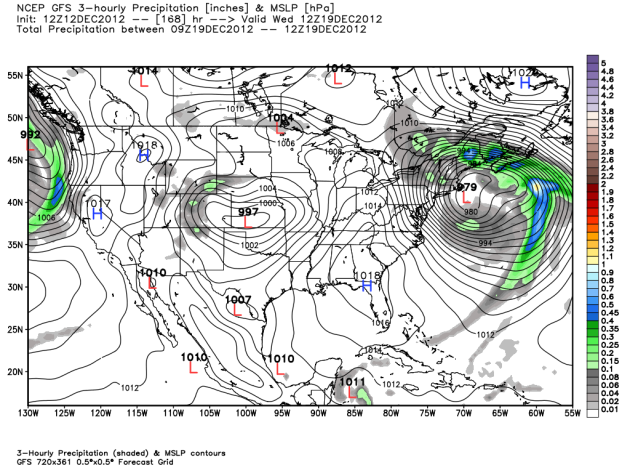 By Wednesday morning we’ll see the low move through the lower Ohio Valley and off the coast near Cape Cod, liekly bringing heavy rain and snow as well as gusty winds. (Graphic via WeatherBell Models) 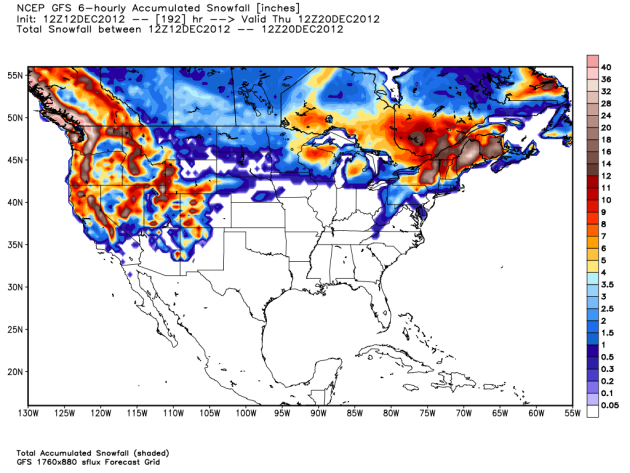 The GFS has heavy snows from New York up through Maine, mostly from this storm system. This storm is still a week out, and we’ll have to watch the models over the next few days to see if they keep around a system, or if it fizzles out. (Graphic via WeatherBell Models)

We’ll keep an eye of the storms, as always!