Tornado Paranoia
Anyone with a pulse realizes spring is in trouble. This may be a year where we go from ankle-deep slush to 70s, virtually overnight. If so – make sure you have fresh batteries in your NOAA Weather Radio.
I hope I’m wrong on this call – that in a few months we can look back and laugh. “Yep, one more case of Paul going off his meds!” But here’s the thing: 2013 reminds me of 1965. We suffered thru a tortured spring in ’65: record river flooding; an inch of snow on April 25 at MSP. Then a light-switch warm-up: 78F on May 6, 1965; with a swarm of killer EF-4 tornadoes from Lake Minnetonka to Fridley.
Lingering chill over the northern U.S. this year may spark an even sharper temperature gradient by late spring, implying stronger jet stream winds and more wind shear, capable of spinning up extreme tornadoes. Impossible to pin down where, but NOAA SPC confirms a correlation between cool summers & more twisters. We’ll see, but I just have a feeling.
Ice and slush early gives way to a cold rain today; another plowable snow up north, delaying & complicating Minnesota’s flood outlook. Next week’s big storm will track to our east, keeping us unnecessarily chilly. 50s may return a week from tomorrow.
No big and beefy warm fronts just yet. Part of me is relieved, but I want spring as much as the next guy. Just without the EF-4 tornadoes, please. 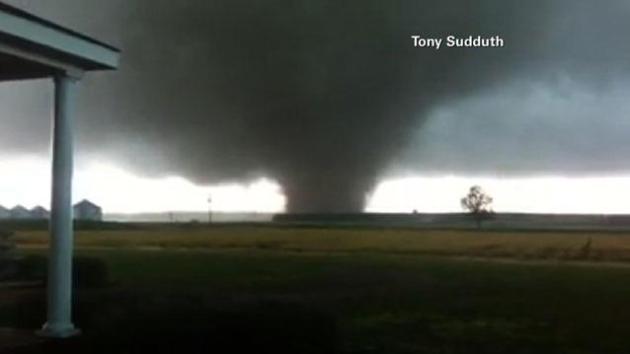 7 Tools To Help You Survive Tornado Season. Call me crazy (heard it before, usually from my wife), but I suspect a much cooler, wetter, stormier, more severe late spring and summer is shaping up for Minnesota, with far more tornadoes than 2012. Favorite apps include RadarScope, My-Cast and WeatherNation, but there are plenty of good options out there for getting severe weather information. The more sources, the more “safety nets”, the better – the greater the odds you’ll get a potentially life-saving nugget of information when you need it most. Here’s an excerpt from CNN and NBC Montana: “…Getting the latest warnings when tornadoes are headed your way and knowing what to do before, during and after one hits are all key to staying safe. A handful of apps can help you stay on top of impending dangerous weather. Keep in mind that you’ll want to save power on your smartphone in case the electricity goes out, so use it sparingly.

Here are some digital tools to help you through a storm safely.

NOAA Weather Radio
Getting advanced warning of impeding tornadoes is key. If the electricity goes out and you can’t watch weather updates on TV, you can switch to a battery-powered radio or fire up the NOAA Weather Radio app ($3.99). This app streams more than 200 NOAA broadcasts and adds in additional information including radar, push notifications, emergency warnings for your state and detailed weather reports…” 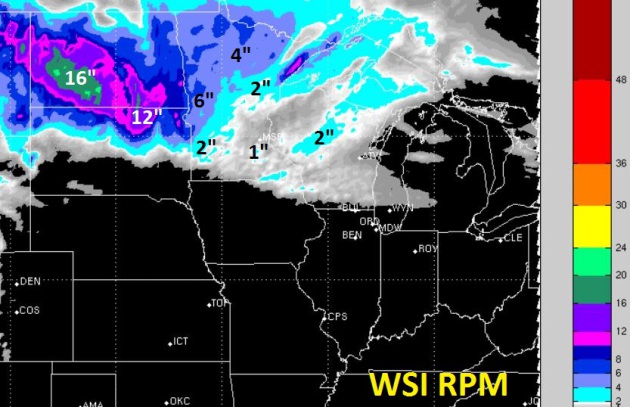 Not Again. The metro area may pick up a little slushy snow this morning, mixed with sleet and freezing rain (glaze ice), before changing to mostly rain by midday and afternoon. Brainerd may pick up 2-4″ of slushy snow, as much as 6″ closer to the Dakota border, with some 12-16″ amounts for North Dakota. 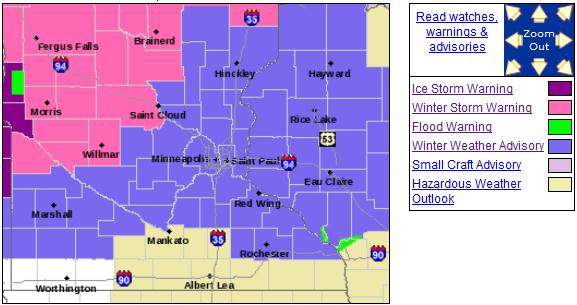 Winter Weather Advisory. A mix of wet snow, sleet and freezing rain will leave roads slushy and slick for a time this morning over southern Minnesota and western Wisconsin; amounts probably under 1″. Winter Storm Warnings are posted north/west of St. Cloud and Willmar, for enough snow to plow and shovel. I think spring is going well… 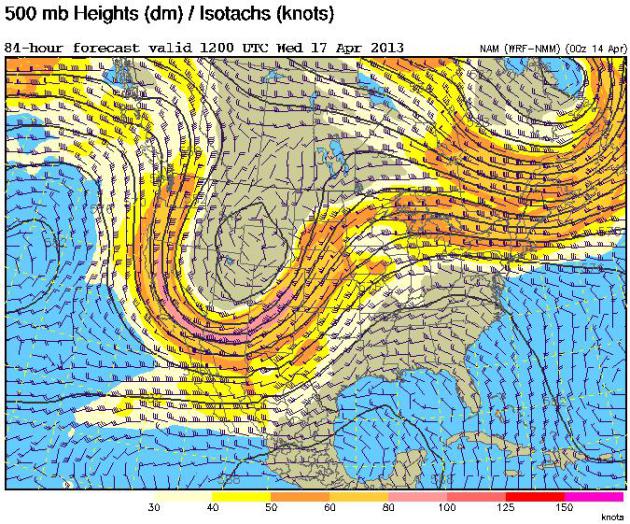 Another Chilly, Stormy Week. The 84-hour forecast for 500 mb (18,000 foot) winds shows another deep trough of low pressure centered over the Rockies, ejecting another storm across the Plains into the Midwest (the brunt of the moisture probably staying just east of Minnesota). Unusually warm weather persists over the southeastern USA much of this week.

Why Leave Job In Beijing? To Breathe. This is what happens when the environment takes a back seat to growth and economic “progress” – the model is simply unsustainable. Here’s an excerpt from a recent story at The Wall Street Journal: “…In January, levels of fine particulate matter measured by the U.S. Embassy in Beijing reached a level 35 times the World Health Organization’s recommended standard. Off-the-charts pollution has added to other drawbacks of life in Chinese cities for expatriates: Internet censorship that slows online speeds and blocks access to sites like Facebook, FB -2.21% Twitter and GoogleGOOG -0.04% Drive; and concerns over food safety and water quality...”

Video clip credit above: “As China struggles with air pollution, some believe the air inside is just as bad. Louie Cheng president of PureLiving China, an indoor environmental consulting firm, talks about toxic pollutants, your home and what you can do to get rid of them.” 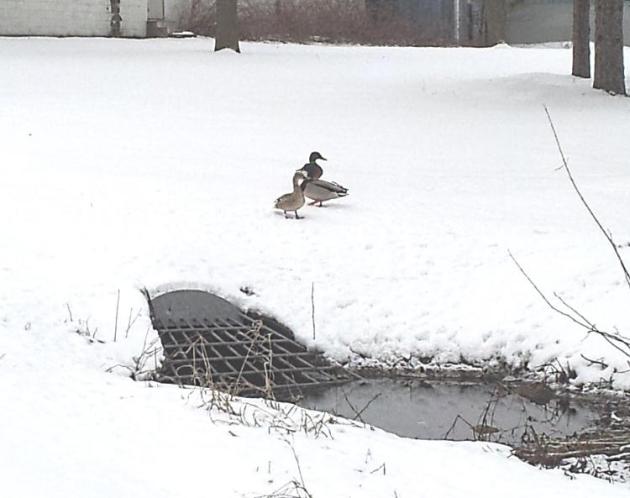 The Wonders Of Our “Spring”. Thanks to John Bristow for sending this one in. Yes, the ducks must be irritated too.

From the Twin Cities National Weather Service. On April 13 in weather history:

1886: St. Cloud-Sauk Rapids tornado. It left 72 people dead. 80 percent of all buildings in Sauk Rapids were leveled as the tornado expanded to 800 yards across. When it crossed the Mississippi it knocked down two iron spans of a wagon bridge and local witnesses said the river was “swept dry” during the tornado crossing. There was 300,000 dollars damage in Sauk Rapids and only 4,000 dollars worth was insured. The forecast for that day was for local rains and slightly warmer with highs in the 50’s. 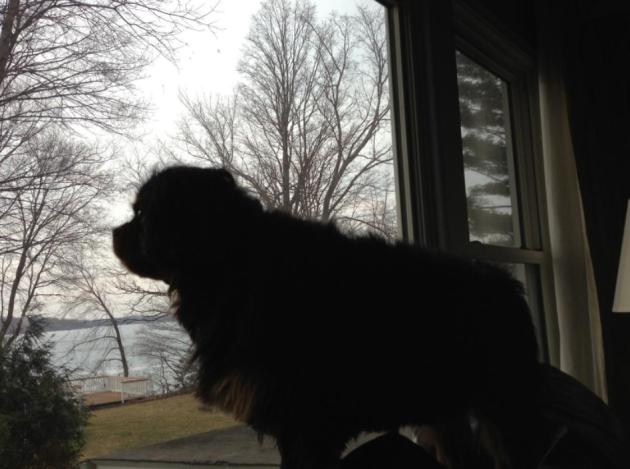 Bark Three Times. That’s my dog, Leo, staring out the window, searching for signs of spring. I’ll let you know when he spots a legitimate warm front. 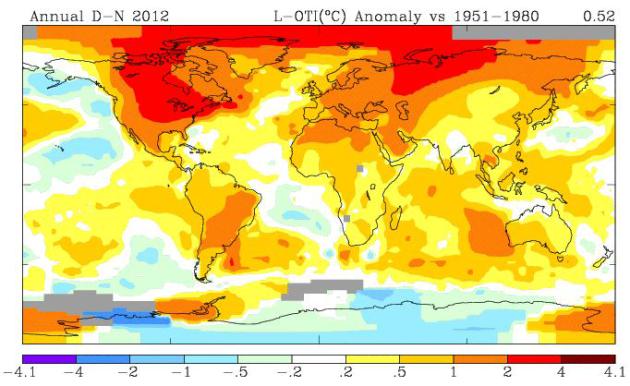 Global Warming Over Land Is Real; CU-Boulder, NOAA Study. Although most of the warming is going into the world’s oceans, atmospheric warming over land areas is real, and quantifiable. Here’s an excerpt from Huffington Post: “The thermometers got it right. The Earth is warming, another study is reporting. Climate scientists recognize that changes in weather observation stations’ immediate surroundings — such as neighboring trees being replaced by heat-absorbing concrete — can eventually throw data from such stations into question. But now, a new study directed by a researcher at the National Oceanic and Atmospheric Administration that recreates climate history without the use of land-based observation systems shows the same thing that thermometers have been reporting. “This shows that global warming over land is real,” said Gilbert Compo, a scientist at NOAA’s Cooperative Institute for Research in Environmental Sciences at the University of Colorado. “It is not an artifact of the observing system,” said Compo, lead author of the study, which he presented to the European Geophysical Union on Tuesday in Vienna. “It is happening…” (image: NASA) 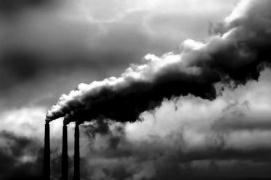 It’s Official: EPA Delays Climate Rule For New Power Plants. The Washington Post has the latest; here’s an excerpt: “You might have been wondering whether the Obama administration was going to impose the first-ever greenhouse gas limits on new power plants, since the deadline is April 13. We reported nearly a month ago that the Environmental Protection Agency was likely to delay the rule to bolster their legal case for imposing the new carbon restrictions. On Friday, EPA spokeswoman Alisha Johnson confirmed that the agency would not finalize the controversial proposal on time. Johnson said in an e-mail that the agency was still reviewing more than 2 million comments on its proposal…” 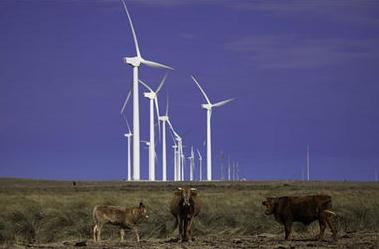 California Sets Wind Power Records During High-Wind Event. KCET has the details: “More wind power than ever has powered the state in the last few days, according to the California Independent System Operator (CaISO), which runs the electrical power grid covering most of the state. On Sunday, wind power production reached an all-time peak of 4,196 megawatts — nearly twice the output of the shuttered San Onofre nuclear power plant. All told Sunday, wind turbines generated 70,560 megawatt-hours of electrical power throughout the day, 13 percent of the state’s total electrical power consumption…” (file photo: Business Wire). 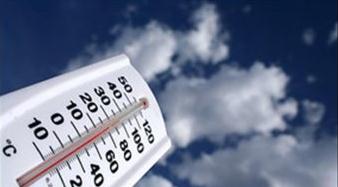 How The Economist Got It Wrong. No warming since 1998 – nothing to worry about? It would be nice if it were true. Here’s another perspective on a recent Economist article that has been getting a lot of play in climate-denier circles, published at Australia’s ABC Network: “…While we are pleased that The Economist brought attention to this important topic, we were disappointed by the shortcomings and inaccuracies in the piece with regard to the current state of scientific understanding. The article focused heavily on claims that the slowed warming of Earth’s surface in recent years implies a dramatically lowered estimate of climate sensitivity. The claim was primarily supported by a single as-yet unpublished article by a group in Norway, which attempts to use instrumental temperature evidence available back through the late 19th century to estimate the climate sensitivity. The authors of that article conclude that use of data to the year 2000 yields a climate sensitivity of 3.9°C, which is at the high end of the generally accepted 2 to 4.5°C range. Yet they find that by including just an additional decade of data (i.e. using observations available through 2010), the estimate falls by nearly half, to 1.9°C. It should be a red flag that an estimate of climate sensitivity would change by a factor of two based only on the addition of a decade of data. In reality, the climate sensitivity now is not half what it was a decade ago. So where did the Norwegian study go wrong?…”

Climate Skepticism Comes In Many Shades of Gray. Here’s an excerpt of a great post from Bart Verheggen explaining why some people have so much difficulty accepting the science: “It has long puzzled me why so many people don’t accept the science. There is a tremendous difference in opinion about climate change amongst the lay public as compared to in the scientific community. I’m hardly alone in pondering the question of why (see e.g. this insightful post). It’s clearly an important issue if we are to increase the public’s understanding of climate change. Of course it is only to be expected that some people are skeptical: Naturally there is a spectrum of opinions. But that does not explain why that spectrum is so dramatically different between different groups of people (the lay public and the professional scientists in this case). To name a few plausible reasons: 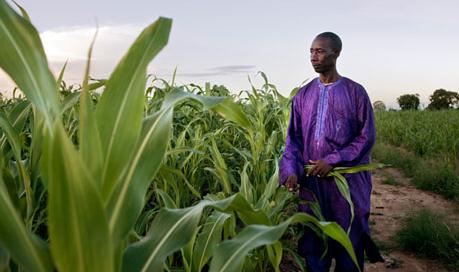 Climate Change: How A Warming World Is A Threat To Our Food Supplies. Here’s a snippet of a story at The Guardian: “…Drought, rocketing bread prices, food and water shortages have all blighted parts of the Middle East. Analysts at the Centre for American Progress in Washington say a combination of food shortages and other environmental factors exacerbated the already tense politics of the region. As the Observer reports today, an as-yet unpublished US government study indicates that the world needs to prepare for much more of the same, as food prices spiral and longstanding agricultural practices are disrupted by climate change….”