Heavy Snow & Ice for the Southeast Ending Early Monday
Heavy Rain and Snow Tracks Through the Northeast into Monday
Sunday Severe Risk Ending in Florida but Continuing in the Carolinas
Detailing The Snow, Ice & Rain in the Mid-Mississippi Valley
Another Blast Of Arctic Air To Impact Central U.S.
What to Watch in the Night Sky: January & February
All Weather News

Stuck in a cold rut… UGH! Take a look at the 8 to 14 day temperature outlook. Note that the northern half of the U.S. looks to stay cooler than average for the last week of the Month. 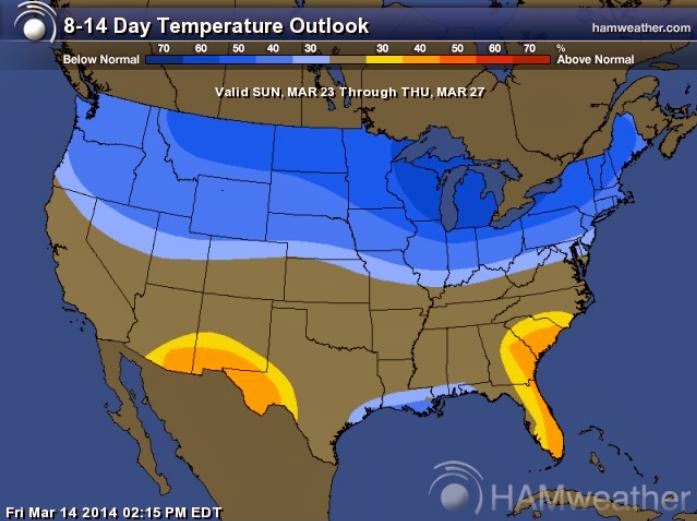 A developing storm system across the southern portion of the country will intensify through early next week to bring thunderstorms and wintry precipitation from Texas into the Northeast. Keep in mind that some of the thunderstorms could be a little on the strong to severe side, while some of the wintry precipitation could be problematic for travelers.

The Storm Prediction Center has issued a SLIGHT RISK of severe weather for parts of the Southern Plains, including the northeastern part of Texas for Saturday. The primary threat with an thunderstorm activity would be hail and high winds, but an isolated tornado can’t be ruled out. 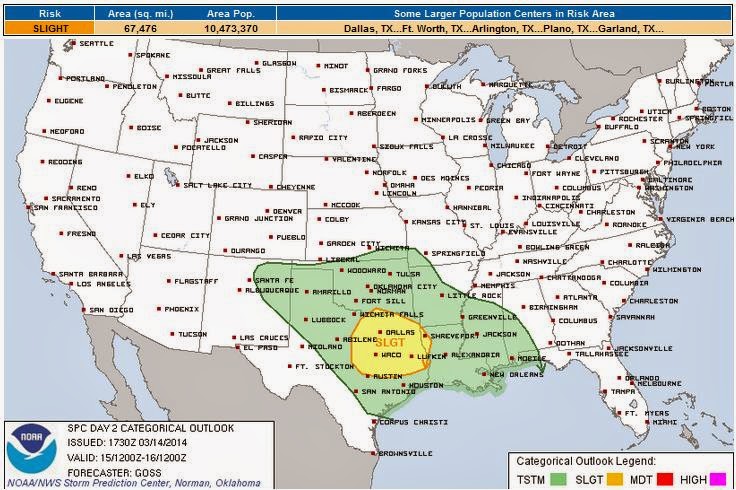 Here’s a preview of what the radar could look like into Saturday evening/early Sunday morning as a line of thunderstorms develops over eastern Texas and pushes east into the Lower Mississippi Valley. Note also that heading into early Sunday morning, there appears to be some decent wintry precipitation developing along the northern periphery of the storm! This is going to be something to watch!

Here’s a ‘Graphicast’ from the National Weather Service out of Dallas/Ft. Worth.

A spring-like storm system will bring a round of rain and thunderstorms to North and Central Texas tomorrow, mainly during the afternoon and evening hours. Some storms will be strong to severe, especially for the red shaded area where the atmosphere will become more unstable. The main severe threats tomorrow are large hail and damaging winds, but there is some potential for an isolated tornado. Rain coverage will be highest across the northern and eastern areas where average rain amounts will be near a half inch to 1 inch. Rain amounts will be more spotty as you head southwest as the coverage of storms becomes more scattered, but again, the storms in this area will be more intense.

See more from the NWS Dallas/Ft. Worth HERE:

According to NOAA’s WPC, the probability of at least 2″ of snow or more is quite high from the Middle Mississippi Valley to the Mid-Atlantic states through early next week. 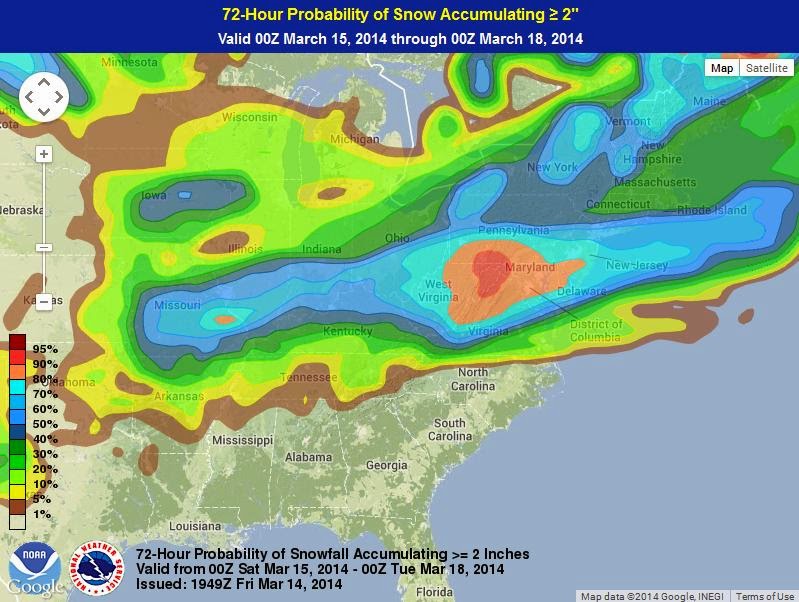 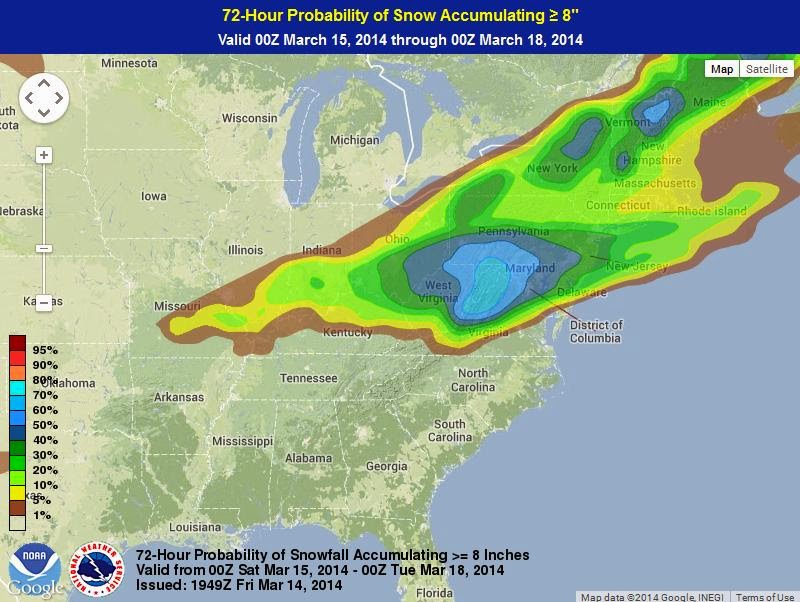 Thanks to Aaron Weidner for the image below from the North Shore of Lake Superior. He managed to snap this picture from Grand Superior Lodge on Friday. 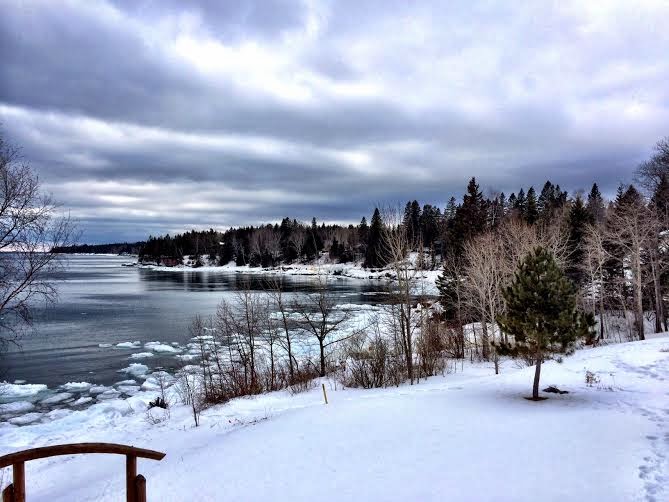 The picture above from near near Two Harbors, MN shows a little open water near the shore, but according to the Great Lakes Environmental Research Laboratory suggests that Lake Superior was still 94.2% ice coverage as of Friday, March 14th.

According to the Great Lakes Environmental Research Laboratory, the Great Lakes Ice Coverage was was still at 85.6% as of Thursday, March 13th. this is down from it’s peak of 92.2% last Saturday, March 8th. The record Great Lakes ice coverage occurred in 1979 at 94.7%. 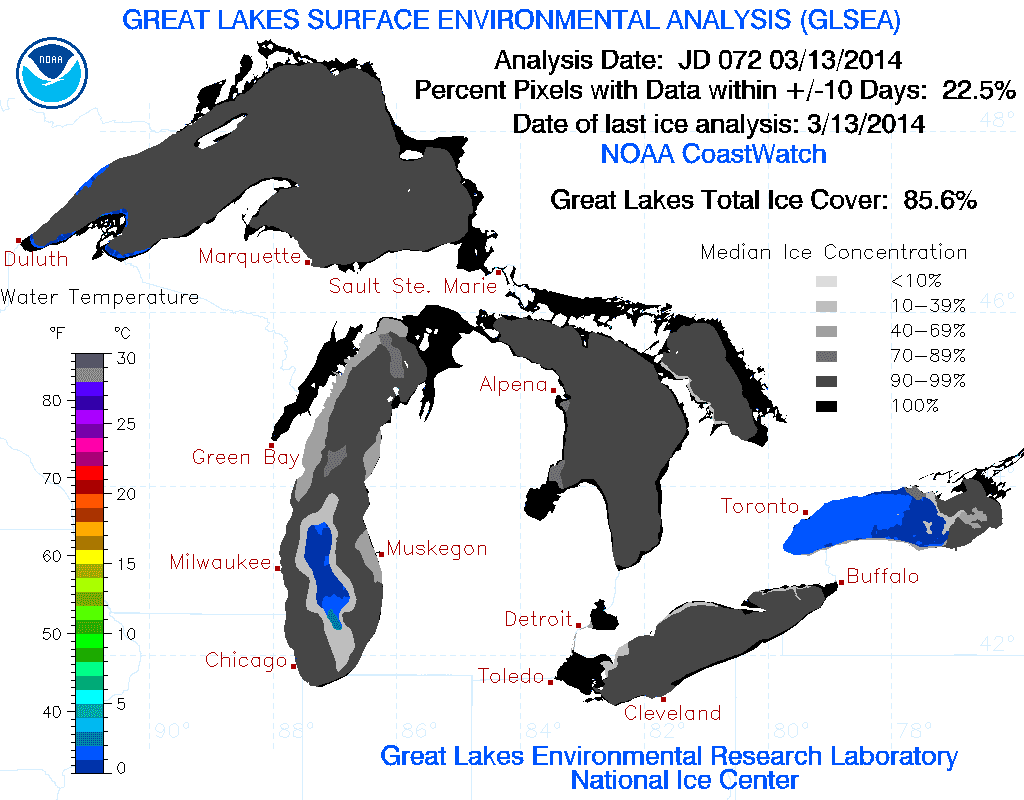 Meteorological Winter was one of the coldest winters on record for a number of states in the Midwest. Interestingly, temperatures through the first half of March have been trending cold for some of the same areas. 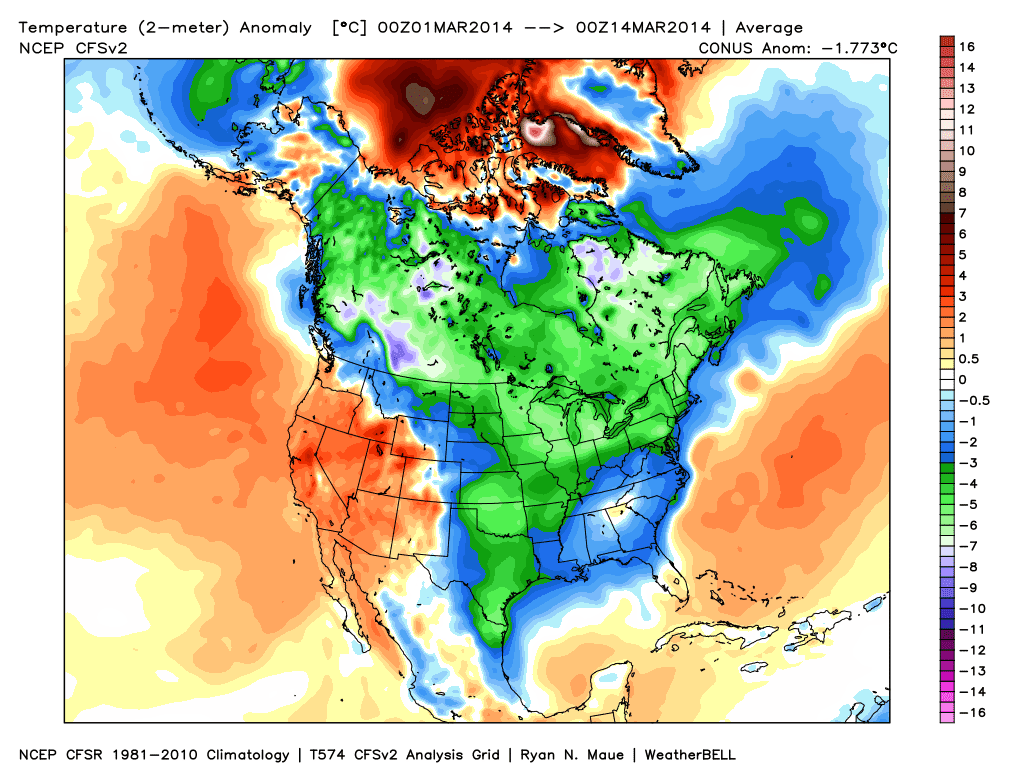 Thanks for checking in and have a great weekend ahead! Don’t forget to check me out on Twitter @TNelsonWNTV 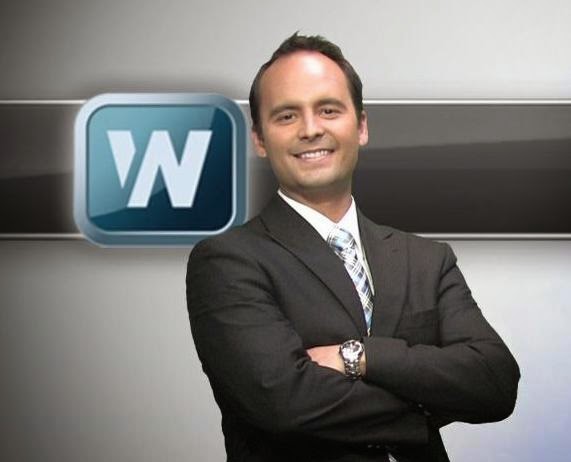