Cold End to 2013
It was definitely a cold end to 2013 for many folks across the northern tier of the nation. Here’s a frigid picture from my good friend Amy Betwy out of Duluth, Minnesota. The air temperature earlier Tuesday was -21F with a wind chill of -40F! 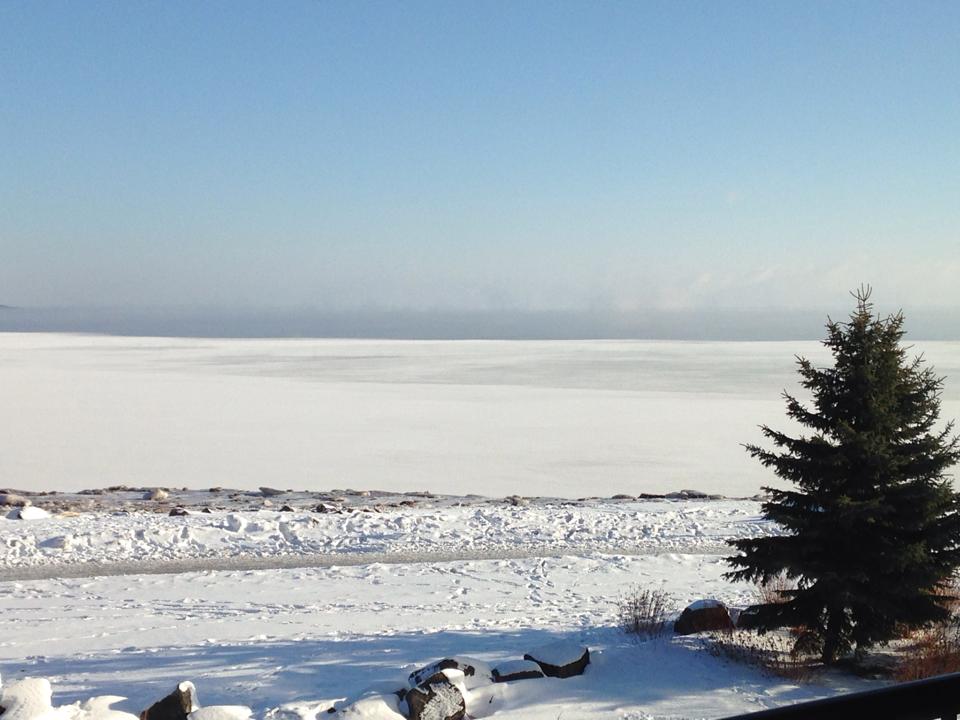 Coldest of the Cold
Here are some of the coldest readings (and wind chills) from AM Tuesday (New Year’s Eve) from the National Weather Service out of Duluth, MN. Note the -43F low temperature from Embarrass, which was the coldest temperature recorded across the entire Lower 48 on Tuesday! 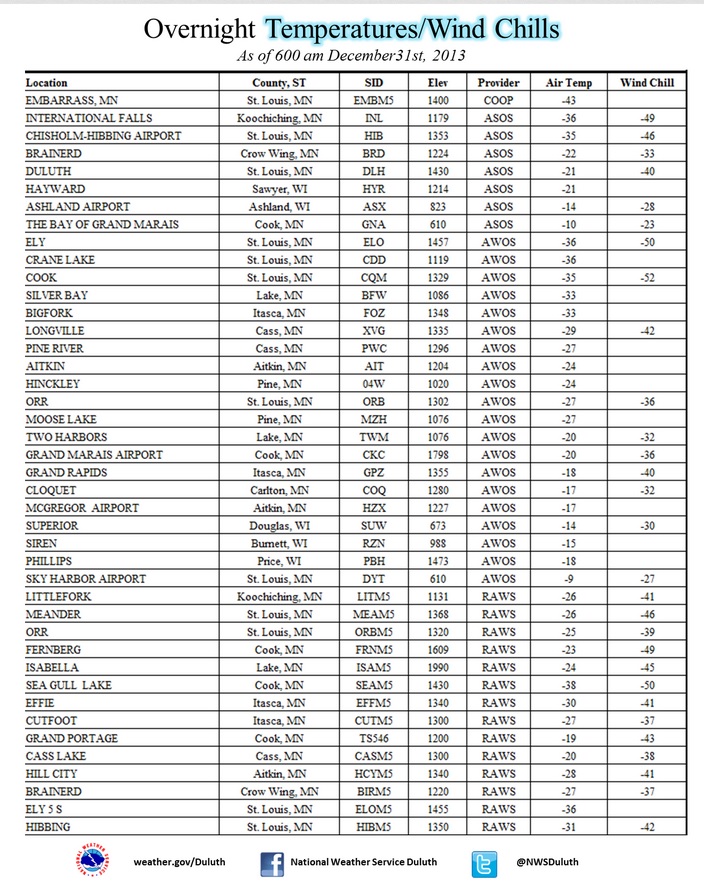 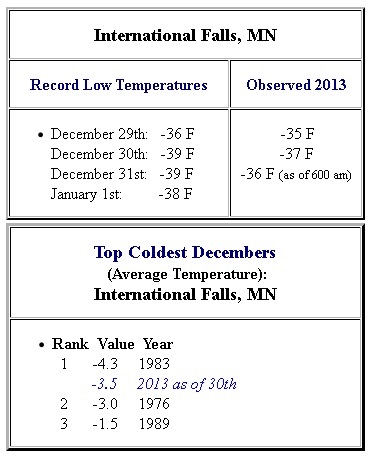 More Cold on the Way…
I hate to say it, but it appears that the cold air could stick around through mid January. Note the brief warm up later this week across the Midwest prior to another (potentially even colder blast) by next week.

New Year’s Eve Temps
On Tuesday morning the core of the coldest air was situated near the Hudson Bay. 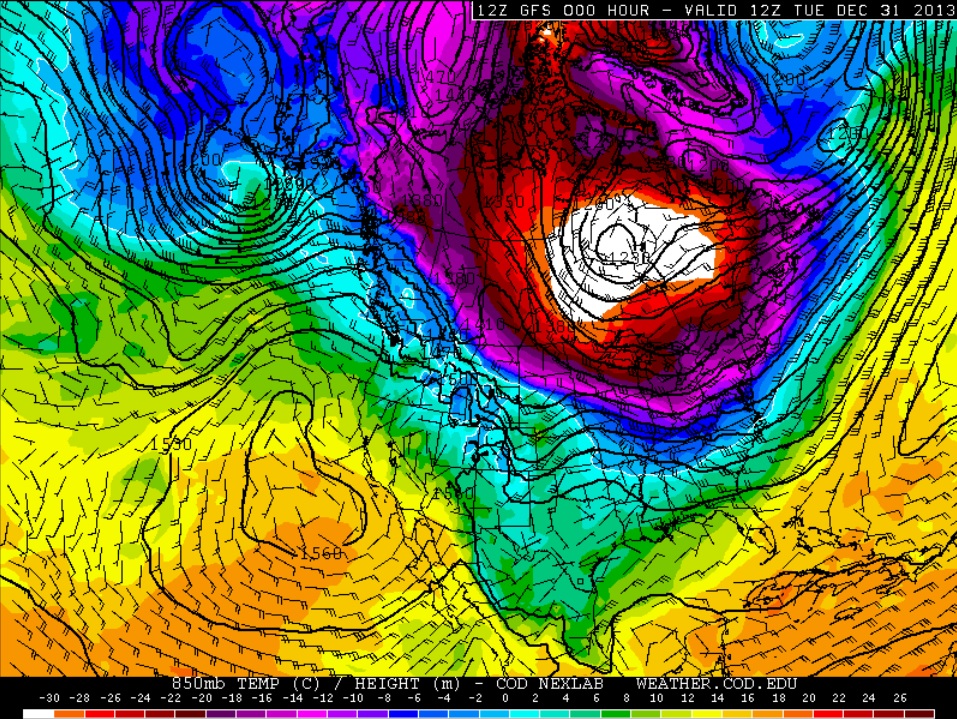 Friday, January 3rd
By late this week, the core of the coldest air looks to be situated over parts of the Northeast with another lobe developing across northern Canada. 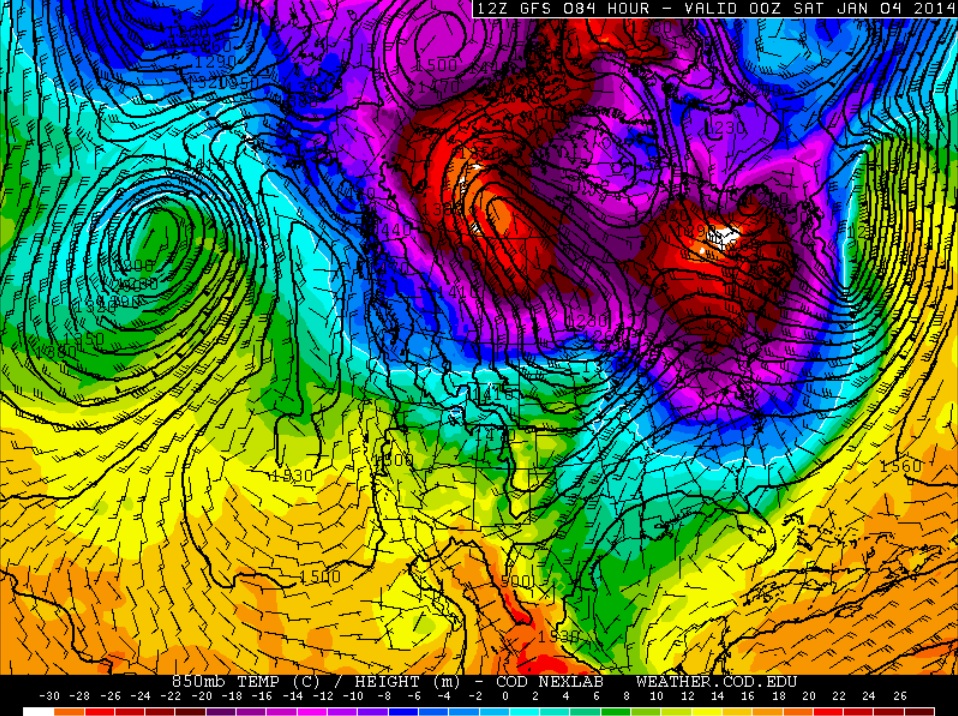 Monday, January 6th
Latest forecasts still point to a very frigid start to the work week next week as that secondary lobe of Arctic air brushes the Upper Mississippi Valley/Great Lakes Region. If the current forecast holds, this surge of Arctic air will be felt across a more widespread area in the eastern half of the nation. 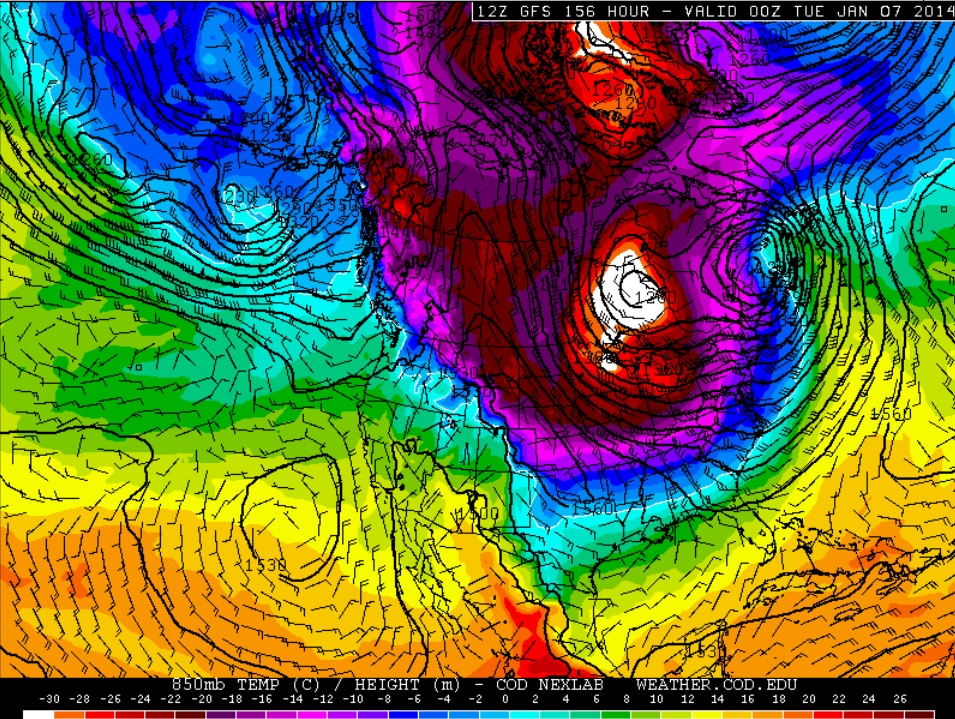 Temperature Outlook Thru Mid January
According to NOAA’s Climate Prediction Center, there’s a good chance that below normal conditions will continue right throught the middle of the month. It’s probably not what some folks want to hear after such a cold December, but January is typically the coldest month of the year. 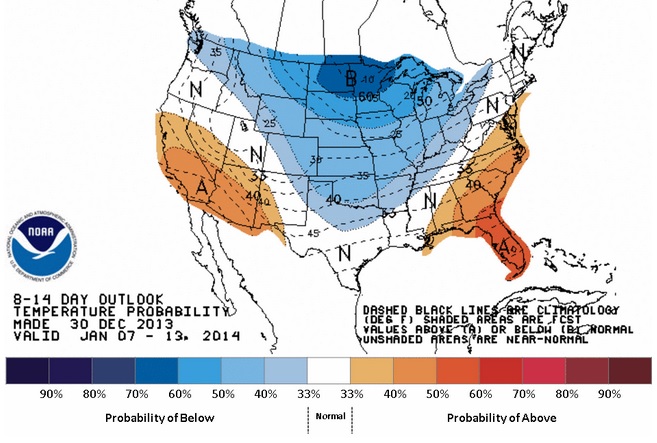 Think Warm Thoughts!
Thanks to my good friend Meghan Gehrke for this teaser… At this point she’s probably trying to rub it in! Looks fantastic in the eastern Caribbean on the Island of St. Lucia. 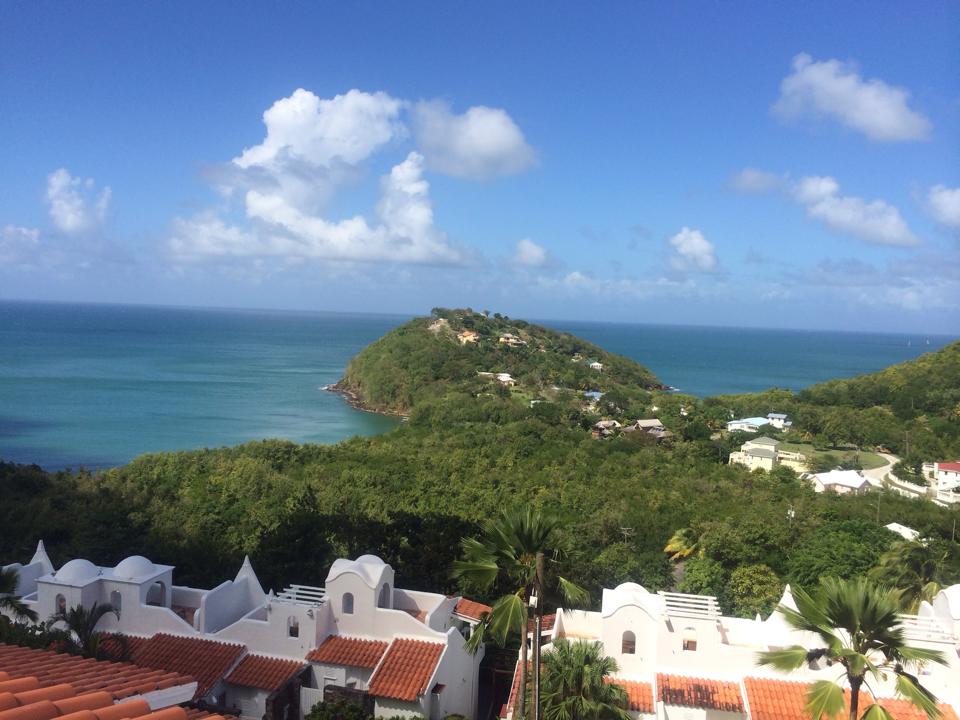 Big Lines at Disney World
It’s a nice thing that temperature were rather warm on Tuesday afternoon at Disney World. Take a look at these lines for folks waiting to get into the park for the New Year’s Eve festivities. Apparently the wait time was nearly 2 to 4 hours! 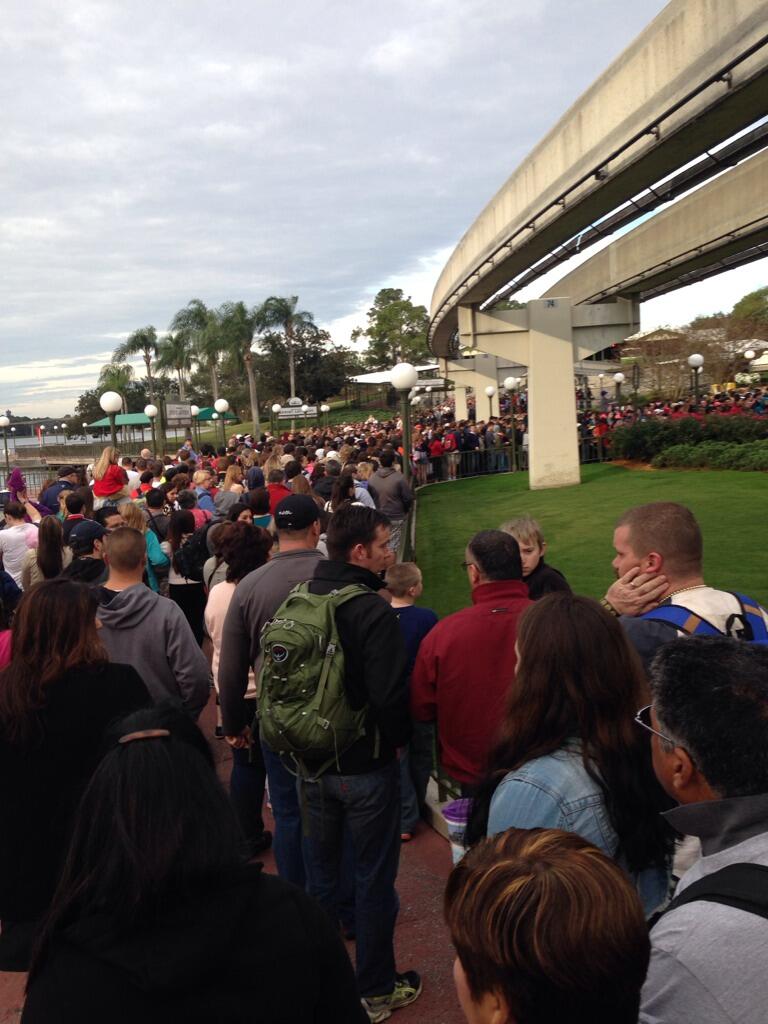 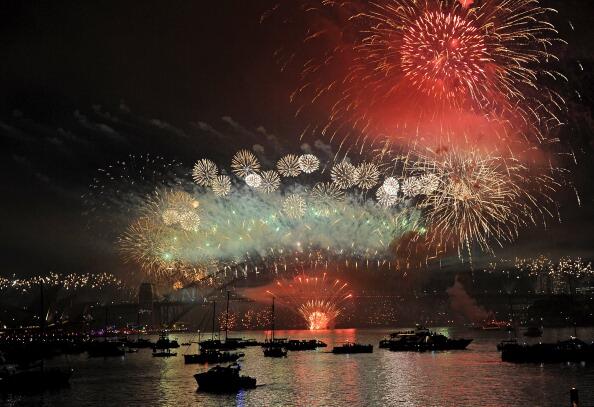 “# 10: Set aside time for yourself
Last, but certainly not least, is the 10th most common New Year’s resolution that states American’s desire to get more “me time.” Like No. 9 above, I can whole-heartedly agree with this one as “me time” is an important key to relaxation.

Perhaps nothing says relaxation like online travel service provider Priceline.com (Nasdaq: PCLN), which allows consumers to combine their flight, hotels, and car reservations into a discounted package. With most Americans unwilling to give up their vacation regardless of their economic situation, and Priceline pushing dominantly into Europe, it’s a smart “me time” play.” 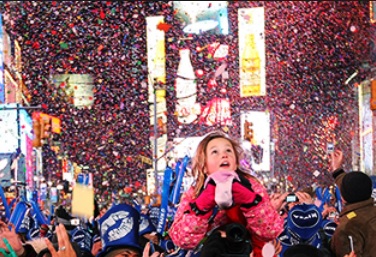 NYC Times Square Ball Fun Facts
Have you ever wondered what goes into the infamous ball in Times Square? Here’s this year’s fun facts from:

Ball Fun Facts
The Ball is a geodesic sphere, 12 feet in diameter, and weighs 11,875 pounds.

The Ball is covered with a total of 2,688 Waterford Crystal triangles that vary in size, and range in length from 4 ¾ inches to 5 ¾ inches per side.

For Times Square 2014, all 2,688 of the Waterford Crystal triangles introduce the new design Gift of Imagination – featuring a series of intricate wedge cuts that appear to be endless mirrored reflections of each other inspiring our imagination with a kaleidoscope of colorful patterns on the Ball.

The 2,688 Waterford Crystal triangles are bolted to 672 LED modules which are attached to the aluminum frame of the Ball.

The Ball is capable of creating a palette of more than 16 million vibrant colors and billions of patterns producing a spectacular kaleidoscope effect atop One Times Square.

Walleye Drop?
Now this is a little more up my alley! It’s the annual “Walleye Drop” in Port Clinton, OH where the “Madness at Midnight” is host to several folks along the shores of Lake Erie. This festive event is host to a 20foot, 600lbs walleye named Wylie. 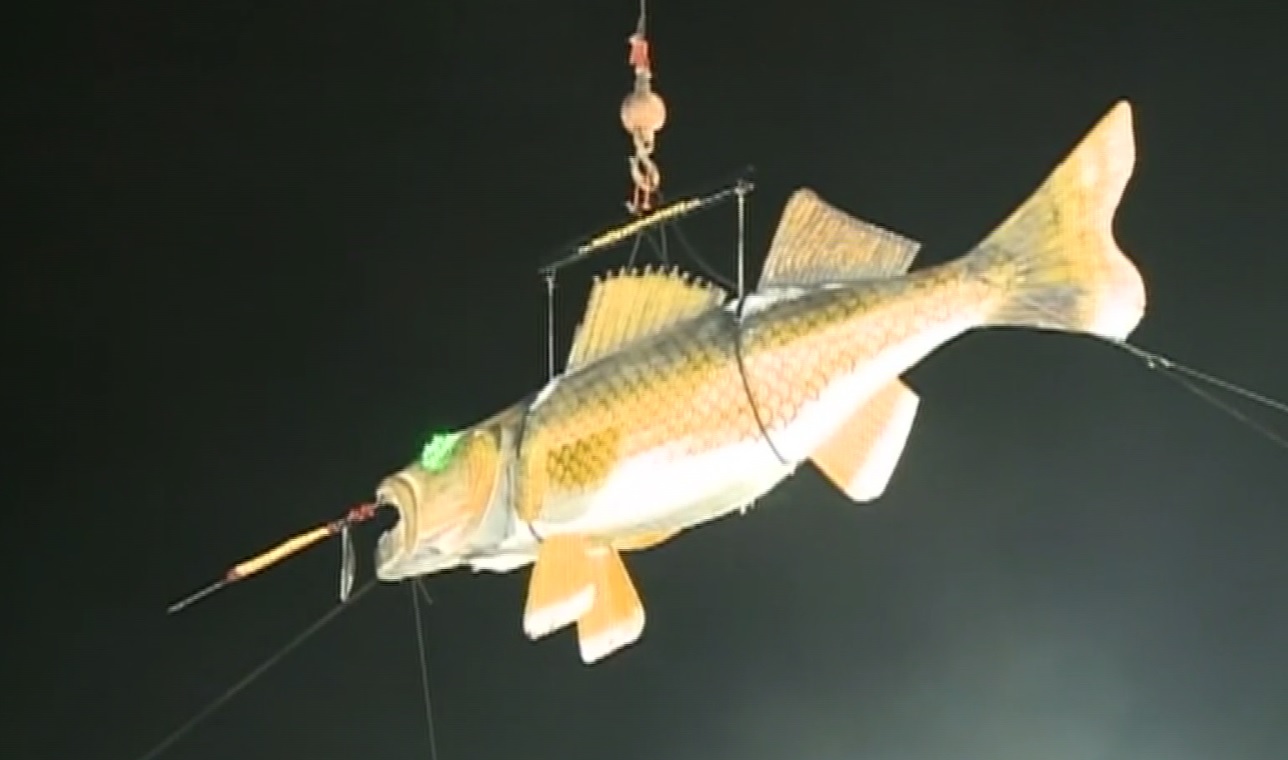 Tracking Lows
The storm will begin to take shape later this week as two areas of low pressure begin to merge Thursday. By Friday morning, one area of low pressure looks to emerge as it races up the Northeast coastline. 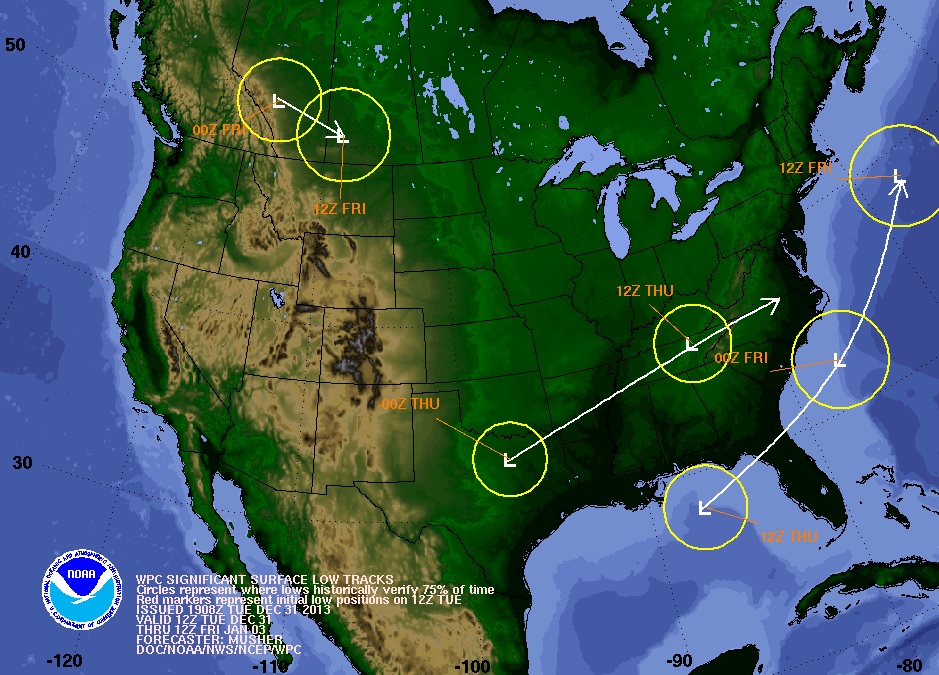 Strong Low Pressure
The merged area of low pressure looks fairly impressive by late Thursday night/AM Friday as it pulls away from from the Eastern Seaboard. With this setup, there should be cold enough air for decent/shovelable snow tallies across a wide area. 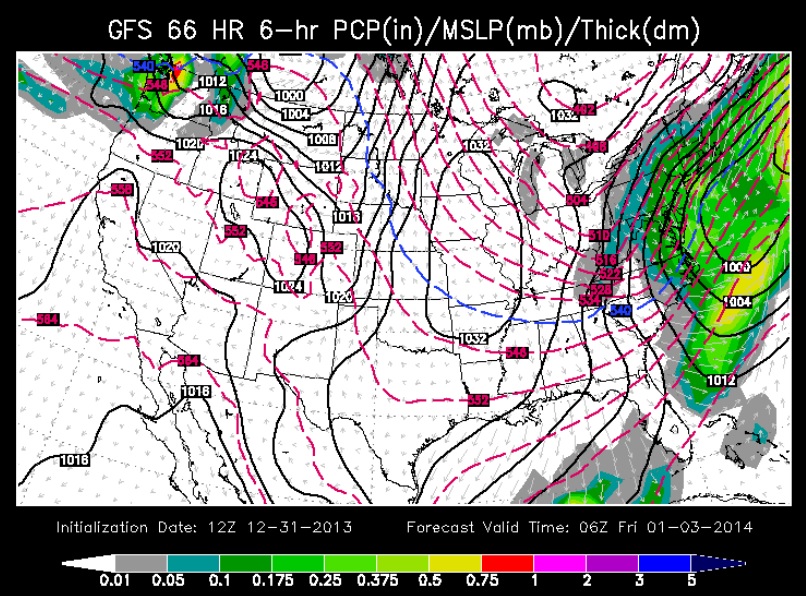 Heavy Snow Potential
The next thing on the docket is the heavy snow potential late week from the Great Lakes to the Northeast. At this point, plowable snow looks inevitable for many across a large area over the next few days. 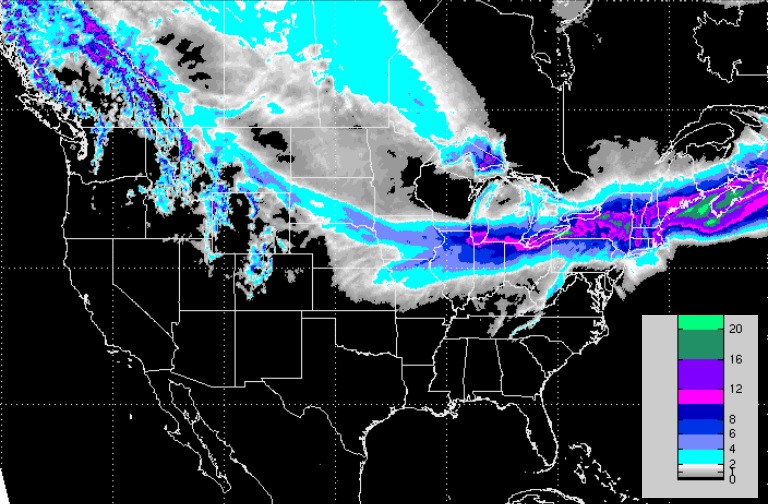 The snow looks quite a bit more pronounced in the Northeast later this week as two areas of low pressure look to merge near the Northeastern coast. 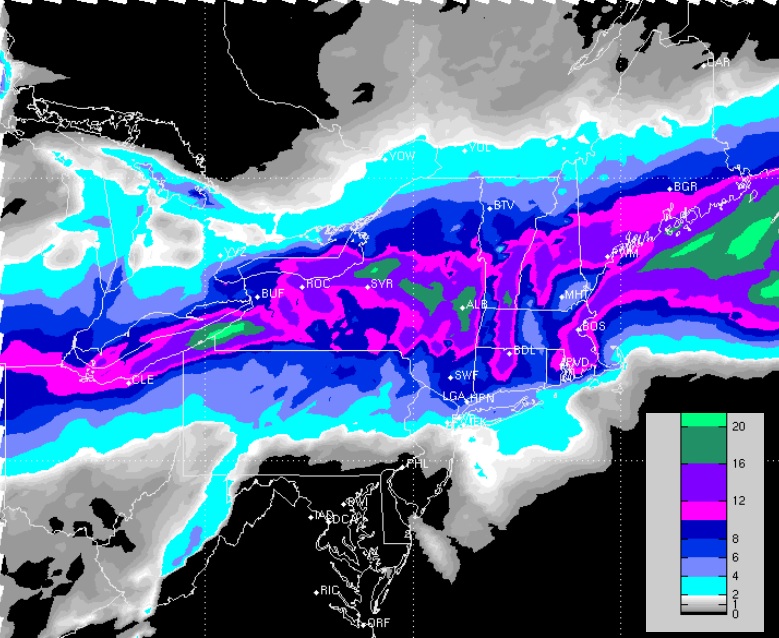 Winter Weather Headlines
The National Weather Service is already issuing winter weather headlines for some of the major cities in the Northeast. Keep an eye on latest forecasts as this storm has the potential to impact travel greatly later this week. 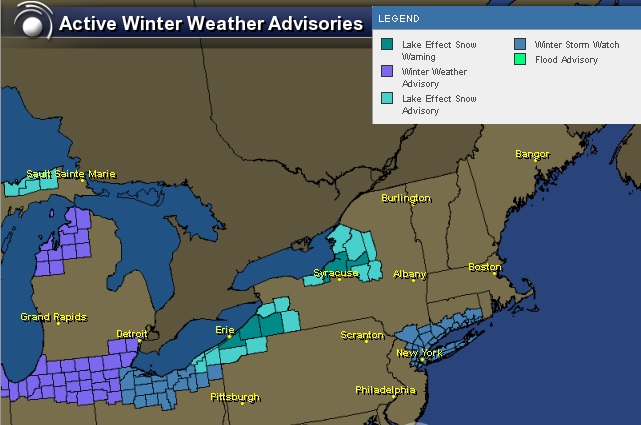 Thanks for checking in and have a great rest of your week!
Don’t forget to check me out on Twitter @TNelsonWNTV 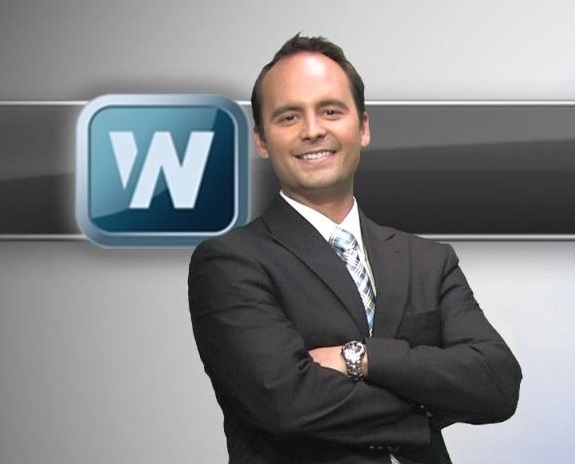