Details on Historic November Tornado Outbreak (looking ahead to Thanksgiving 2013)

“…But herein lies the crux—we no longer live in a world without warming. Given that 1985 was the last year with temperatures below the 20th century average, and 2000-2010 was the hottest decade on record, it has become impossible to say for certain that any given storm is free from the influence of our warmed world…” – excerpt from a post at EcoWatch.com; details below.

Head-shaking OutbreakIn Meteorology 1 you learn the atmosphere is most unstable in spring; that’s when destructive tornadoes are most likely to touch down on the USA. Yesterday’s outbreak was historic; the maps looking like May, not November. Around 80 tornadoes, some large and violent, on the 17th day of November? Surreal.Weather patterns are shifting north as we continue to warm; more moisture & energy in the system. Yesterday may have been the 8th billion-dollar weather disaster of 2013. According to Aon Benfield 5 of the 7 U.S. billion-dollar disasters in 2013 were related to severe storms & tornadoes; the 3rd highest on record. Only 2011 & 2012 saw more severe storm damage.A trend? We’ll see.Jeff Masters reports yesterday’s “High Risk” was the farthest north an extreme tornado outlook was issued by SPC so late in the season.Winds ease today; temperatures nudging 50F again Tuesday. A little rain streaks into town Wednesday – a colder front capable of sparking some light snow Thursday night. Nothing “plowable” though.The next swipe of arctic air arrives Friday; highs hold in the 20s Saturday before recovering next week. GFS data shows 30s to near 40F around Thanksgiving with no big storms.Feeling lucky? 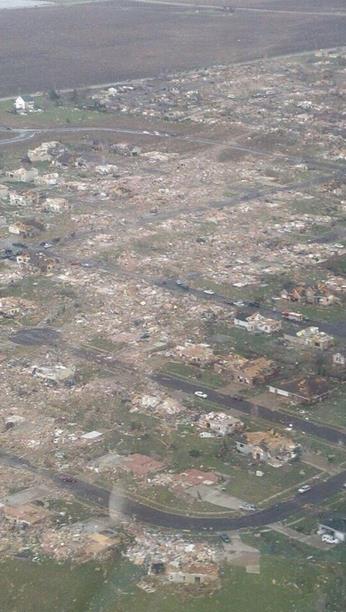 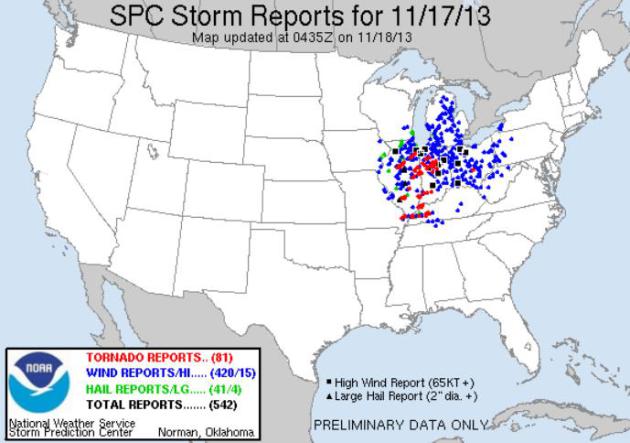 An Awe-Inspiring Day. The death toll and injury count could have much higher yesterday. NOAA did a good job getting the word out; a “High Risk” coupled with multiple PDS (Particularly Dangerous Situation) Tornado Watches issued by late morning, reflecting the gravity of the situation. You don’t expect EF-2 and EF-3 tornadoes on the 17th day of November, but the dynamics aloft were strong enough yesterday. More detail on where the 81 tornadoes (as of 11 PM) touched down via NOAA SPC. 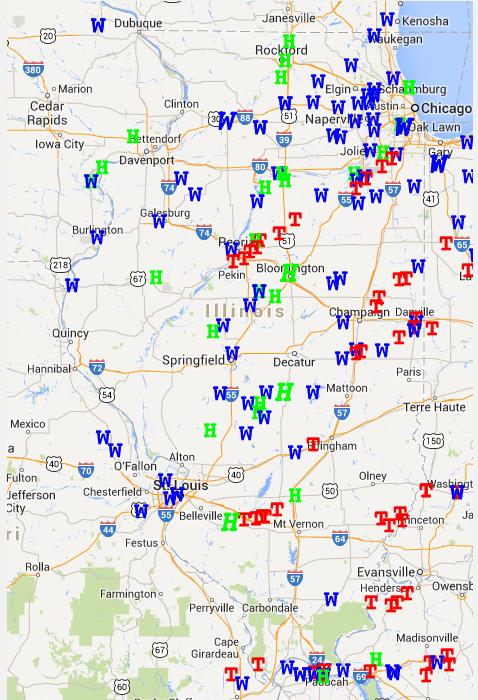 Illinois Supercell Tracks. Here is more detail on the tornadoes and straight-line winds that swept across Illinois on Sunday, an historic late-season outbreak unlike anything I can ever remember: Details from the Illinois Climate Office: “The Midwest was hit with a major tornado outbreak on Sunday, November 17, 2013. The preliminary reports can be found on the NOAA Storm Prediction Center reports page. Below is a map showing the preliminary reports. Click on the map to go to the Storm Prediction Center Google map server to zoom in and out, etc. Additional NWS reports can be found from the Chicago office and Lincoln office. At this time, the communities hardest hit in Illinois were Pekin, Washington, and Gifford.” 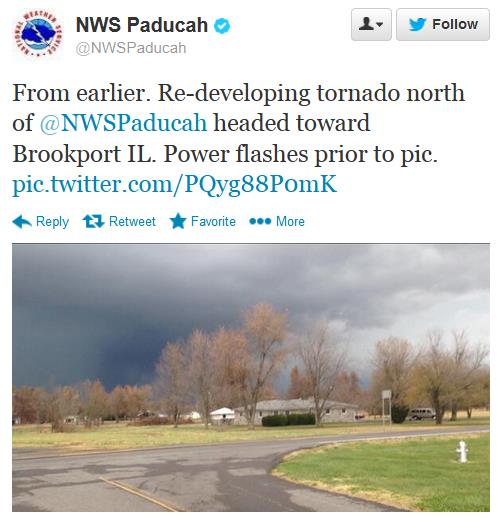 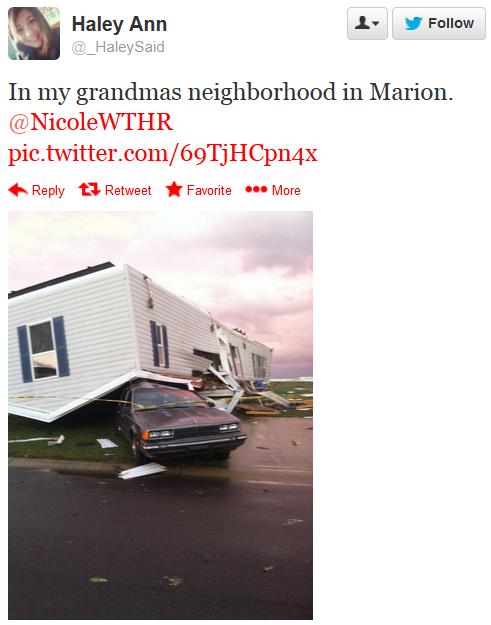 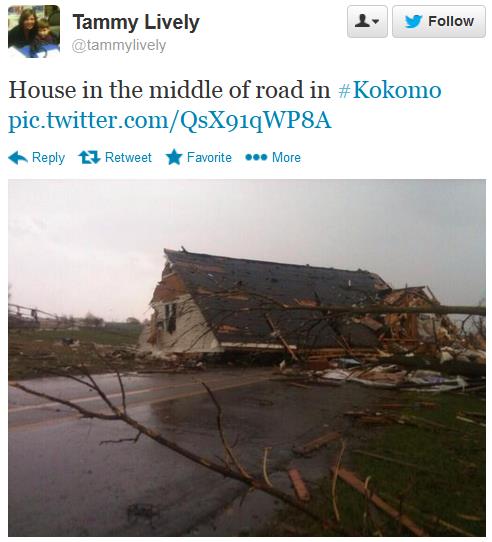 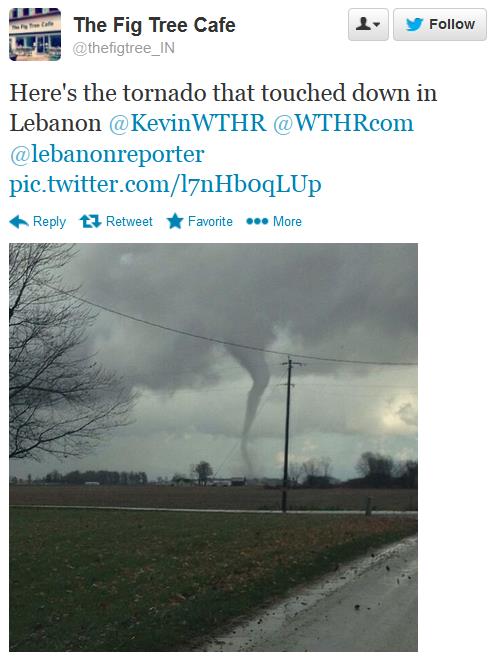 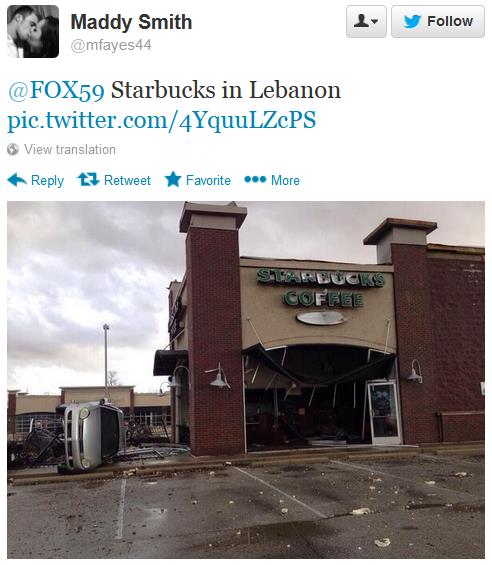 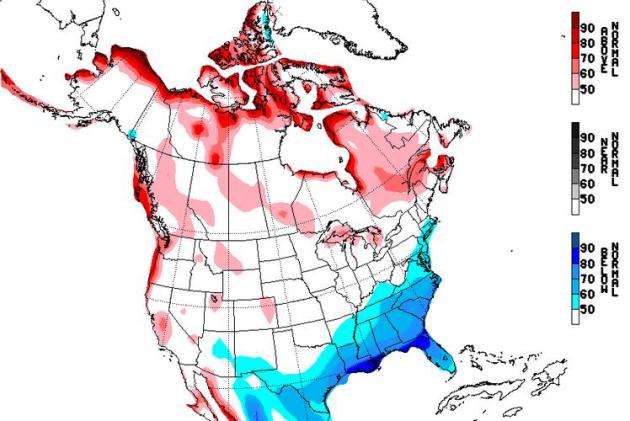 Temperature Biases Next Week. The map above shows predicted temperature anomalies from November 23-27, courtesy of NOAA and the NAEFS model. 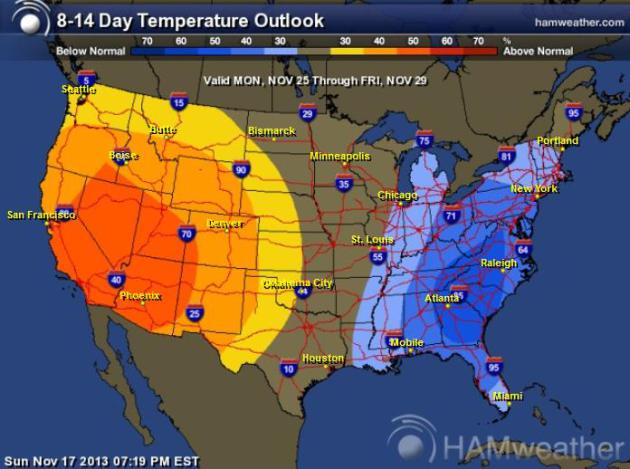 8-14 Day Temperature Trends. NOAA CPC also shows a cold bias for much of the eastern USA Thanksgiving Week, a warm bias west of the Rockies as high pressure builds. The central USA will see rapid temperature swings in the coming weeks. Map:Ham Weather. 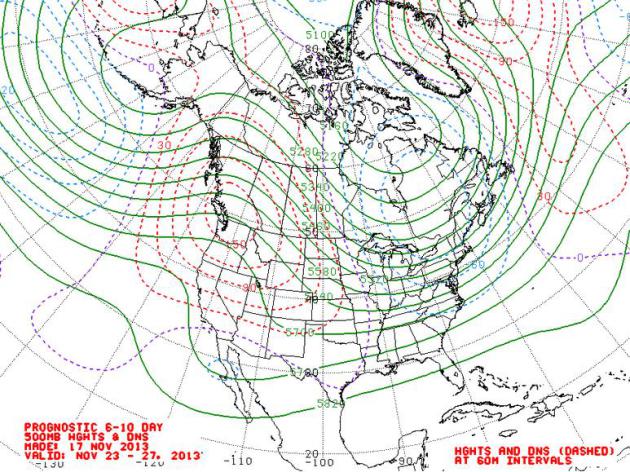 Prevailing Winds Next week. A persistent trough of low pressure forming over eastern Canada and the eastern USA will mean a cold bias east of the Mississippi River, temperatures staying milder than average for much of the west. The NOAA map above shows average 500 mb (18,000 foot) winds between November 23-27. 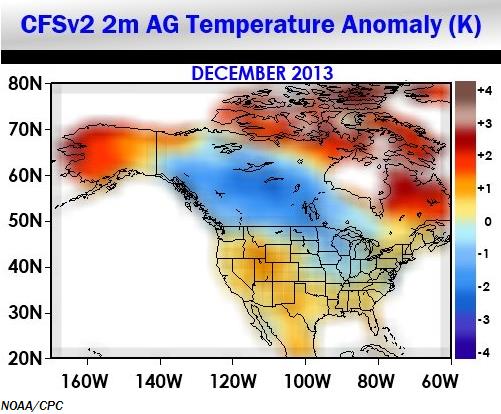 December: A Wintry Correction? Larry Cosgrove at WeatherAMERICA shared this graphic, showing NOAA’s CFS (Climate Forecast System) outlook for December: colder for the Upper Midwest and Great Lakes, but trending milder for much of the east, south and western USA. 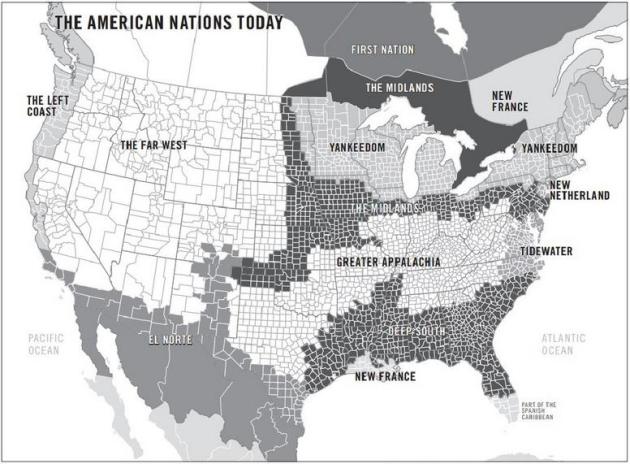 Forget The 50 States; The U.S. Is Really 11 Nations, Author Says. I found this fascinating and vaguely horrifying – here’s an excerpt from NPR: “For hundreds of years, this nation has been known as the United States of America. But according to author and journalist Colin Woodard, the country is neither united, nor made up of 50 states. Woodward has studied American voting patterns, demographics and public opinion polls going back to the days of the first settlers, and says that his research shows America is really made up of 11 different nations. “Yankeedom” in the Northeast and industrial Midwest was founded by Puritans and residents there have always been comfortable with a government that regulates and moderates…”Map above: Colin Woodard’s map of the “11 nations.”

If This Doesn’t Terrify You: Google’s Computers OUTWIT Their Humans. In 20 years will we all be working for computers? Who knows – but here’s another unsettling glimpse into the future; an excerpt from a story at The Register: “Google no longer understands how its “deep learning” decision-making computer systems have made themselves so good at recognizing things in photos. This means the internet giant may need fewer experts in future as it can instead rely on its semi-autonomous, semi-smart machines to solve problems all on their own. The claims were made at the Machine Learning Conference in San Francisco on Friday by Google software engineer Quoc V. Le in a talk in which he outlined some of the ways the content-slurper is putting “deep learning” systems to work. (You find out more about machine learning, a computer science research topic, here [PDF].)…” 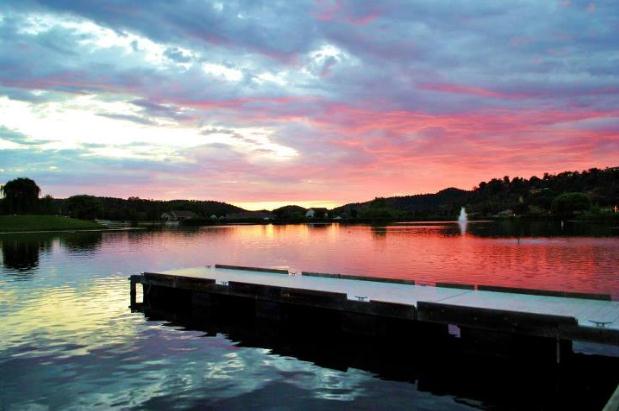 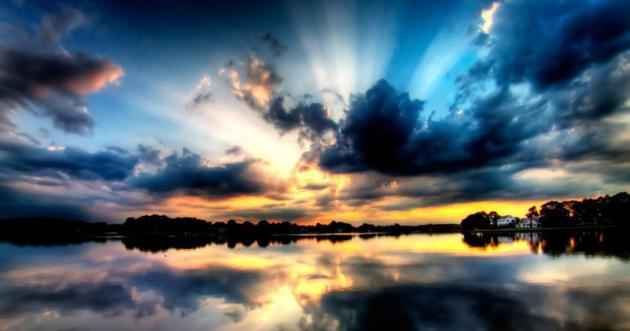 Study Shows Most Think Global Warming Is Real. The Daily News Journal has the story – here’s the introduction: “The vast majority of Americans in each of 40-plus states surveyed say global warming is real, serious and man-made, and the concerns tend to be slightly higher in coastal or drought-stricken areas, says an analysis out this week.At least 75 percent of U.S. adults say global warming has been happening, but the Stanford University research found that 84 percent or more took that view in states recently hit by drought — Arizona, New Mexico, Oklahoma and Texas — or vulnerable to sea-level rise: Delaware, Maine, Massachusetts, New Jersey, New York and Rhode Island…” 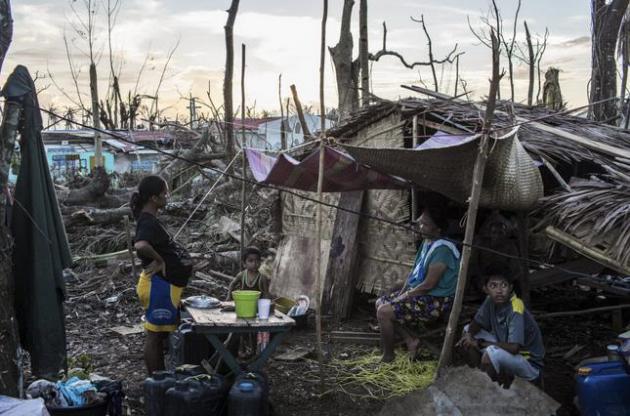 Super Typhoon Haiyan: Realities Of A Warmed World And Need For Immediate Climate Action. Dr. Michael Mann has the Op-Ed at EcoWatch; here’s an excerpt: “…For now, super storms are still rare. However, models suggest more frequent and intense storms in a warmed world. A number of scientists suspect that certain recent storms like Sandy and Haiyan exhibited characteristics outside the range of natural variation. Although exact measurements are hard to come by (there were no flights in the Western Pacific to provide direct measurements) satellite images along with readings of ocean heat seem to suggest that Haiyan was an unnaturally powerful storm. The science is hinting that this storm may not have been so catastrophic in a world without warming. The unusually deep, unusually warm pool of water that provided the initial fuel is unlikely to have existed in a world without warming…”Photo credit above: “A family outside their makeshift home in Guiuan, Philippines, Nov. 17, 2013. Typhoon Haiyan barreled through the Philippines over a week ago, killing thousands.” (Bryan Denton/The New York Times). 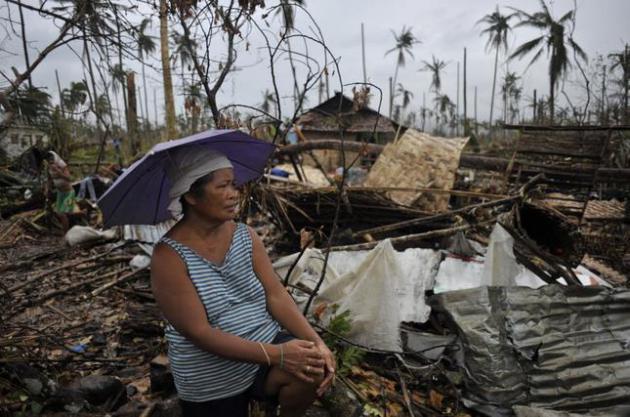 Typhoon Reminds Us Climate Change Is About People. Here’s an excerpt of a post at SFGate: “…Presenters, including me, often share findings from scientific research, show intricate charts and offer better ways forward while pointing to the risks of doing nothing – rising sea levels, deforestation, land degradation. What is often missing – and what has become so painfully clear in these past few days since Typhoon Haiyan tore through the central Philippines – is that what we’re really talking about is people. Climate change is about people. It’s about livelihoods that are affected and sometimes destroyed when severe weather ravages the land they depend on for income. It’s about displacement when they are then forced to leave home in search of a better life in communities that do not have the capacity to absorb them. And it’s about survival in areas that do not have the infrastructure in place to withstand extreme weather...”Photo credit above: “Editha Ladera, a farmer, surveys the damage to her property in Jaro, Leyte province, Philippines, Nov. 17, 2013. Typhoon Haiyan barreled through the Philippines over a week ago killing thousands.” (Jes Aznar/The New York Times).