Dog Days of Summer Return; Somewhat Stormy for Some

Ahh, it sure was nice to get away… FINALLY! With work and 2 young boys at home, it’s hard to find time to relax. We attempted to do just that this weekend in Duluth. Weather conditions were ‘mostly’ nice for Duluth. Suprisingly, it was warmer by the lake on Saturday; temperatures downtown were in the 80s with muggy dew points. I snapped these pictures as rains showers threatened most of the afternoon. It was very peacful! Hope you had a wonderful holiday weekend too! 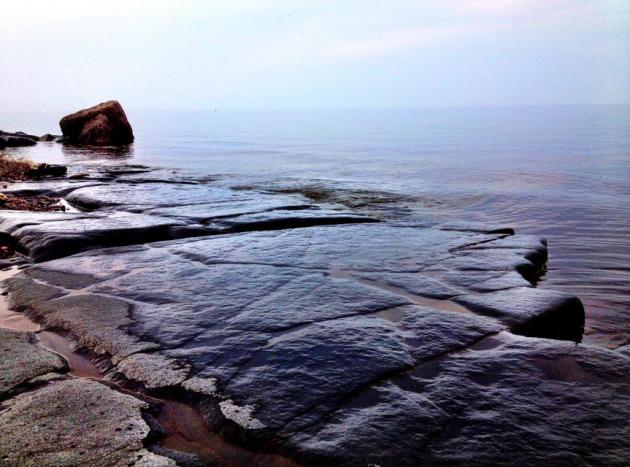 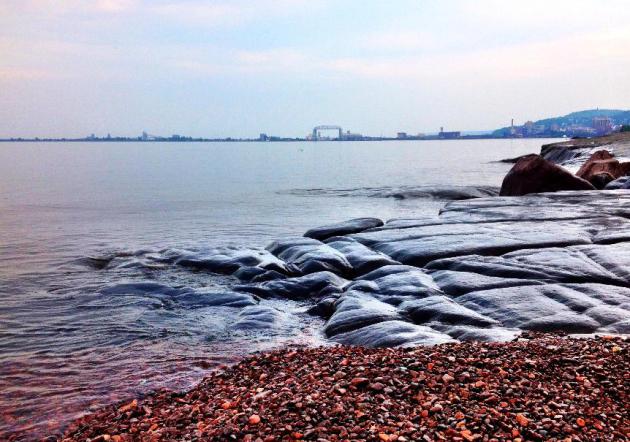 Warmer Weather Returns
Last weeks weather was a little weird. A high amplitude weather pattern kept cool and soggy weather conditions in place across the eastern third of the country while record heat bubbled up in the western part of the country. Now that the High Amplitude weather pattern in breaking down and the jet stream is becoming more ‘zonal’ some of this heat has moved out in the Plains and central part of the country once again. The Dog Days of summer have returned!

Jet Stream Last Week
Last week, the jet stream was all out of sorts. Take a look at the image below, it shows the high amplitude weather pattern; there wasn’t much movement in the weather last week. 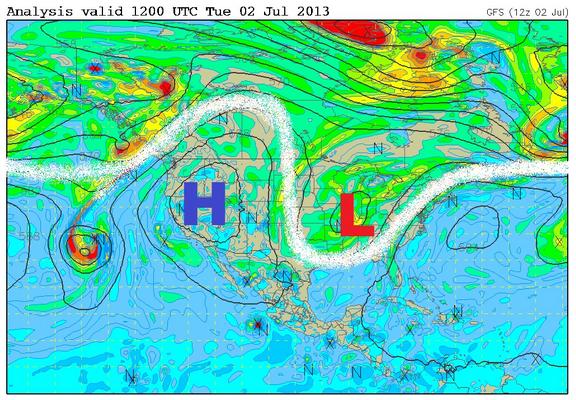 Jet This Week
The image below shows the jet stream for Monday, note the large bubble of high pressure that has spread into the central part of the country. That stubborn upper level low pressure system last week is finally beginning to get elbowed out, warmer and muggier weather has moved in! 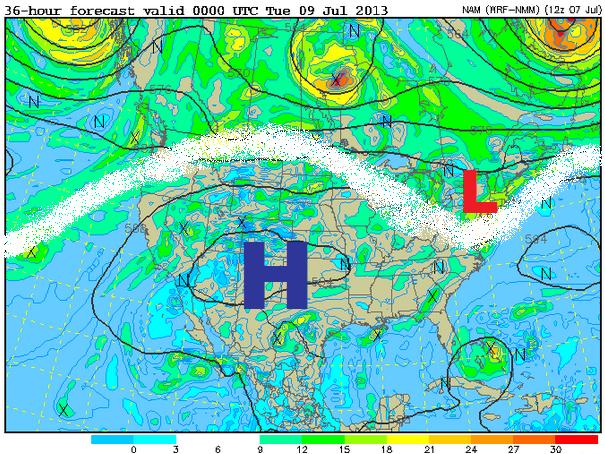 Highs Monday
As the ridge of high pressure builds east, so does the heat and humidity. High temps on Monday look quite warm for the eastern two-thirds of the nation. 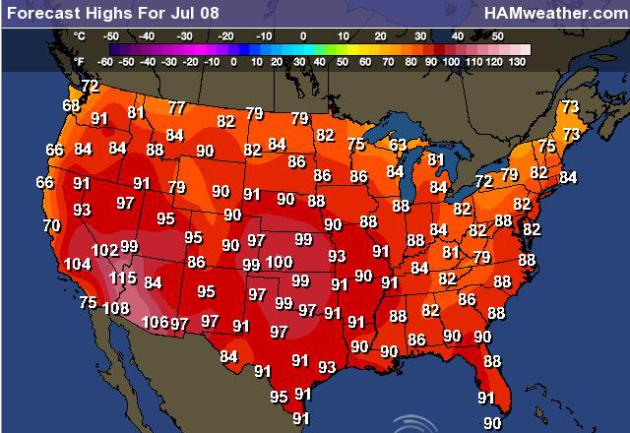 Severe Threat Monday
The SPC has issued a SLIGHT RISK of severe weather for areas shaded in yellow below for Monday. 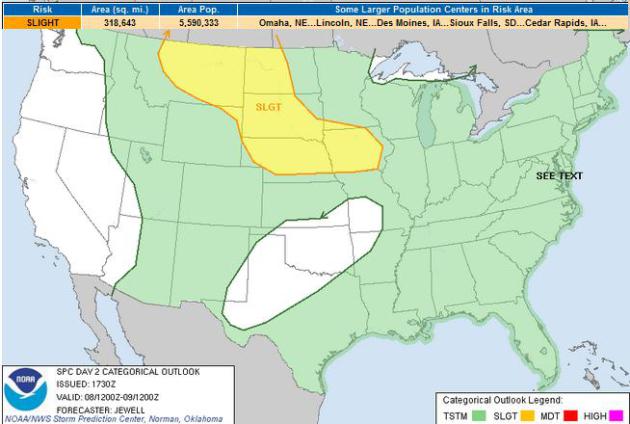 Severe Threat Tuesday
The SPC has issued a SLIGHT RISK of severe weather for areas shaded in yellow below for Tuesday. 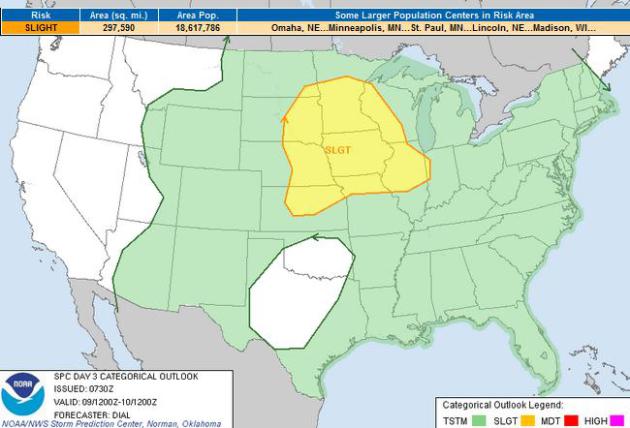 Somewhat Soggy Outlook
NOAA’s HPC 3 day precipitation forecast suggests a few potential hot spots when it comes to precipitation potential through midweek. The dome of hot air across the middle part of the country will allow thunderstorms to develop on it’s northern periphery, so heavier rainfall potential looks to remain across parts of the Midwest through midweek. There will also be daily PM storms that fire up along the Gulf Coast, which could bring decent rain. The stubborn upper level low pressure system that took up residence in the middle part of the country last week is slowly moving east and will keep the eastern part of the country a little soggy through the early part of the week. The Desert Southwest will also see daily PM monsoonal thunderstorm potential as well. 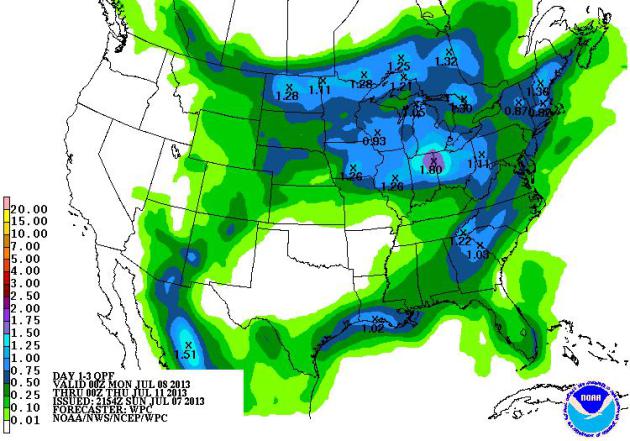 Thanks for checking in, have a great week ahead… Welcome back to the grind – UGH!
Don’t forget to follow me on Twitter @TNelsonWNTV 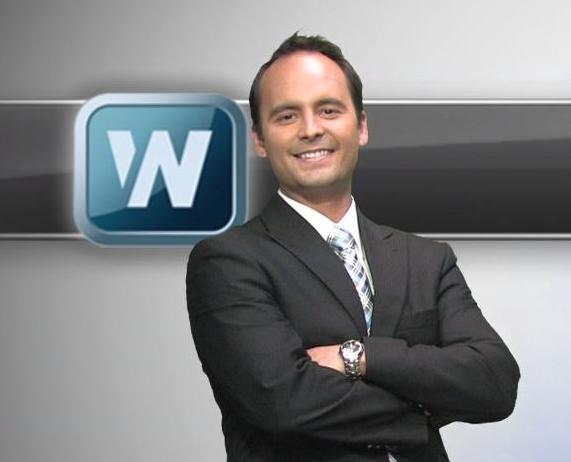