A 4.1 magnitude earthquake was recorded 10 miles Northeast of Dover, DE on Thursday afternoon.

If you watched the drama unfold, you saw the magnitude start at 5.1, then drop to 4.4, and finally settle at 4.1.
Why so much confusion?

The Richter magnitude scale was developed in 1935 by Charles F. Richter of the California Institute of Technology as a mathematical device to compare the size of earthquakes.

Scientists use seismographs to record the magnitude of the waves or shaking during an earthquake. Then through a wildly complicated equation, really smart people come up with a number to classify the size of the waves or intensity of the shaking.

The equation and scale are logarithmic, meaning that each increase in number corresponds to a much larger scale in magnitude.
So a human might not feel a magnitude 3 shake, a 5 can cause damage, and a 6 is a disaster.
In terms of feel and damage this is what the scale looks like. 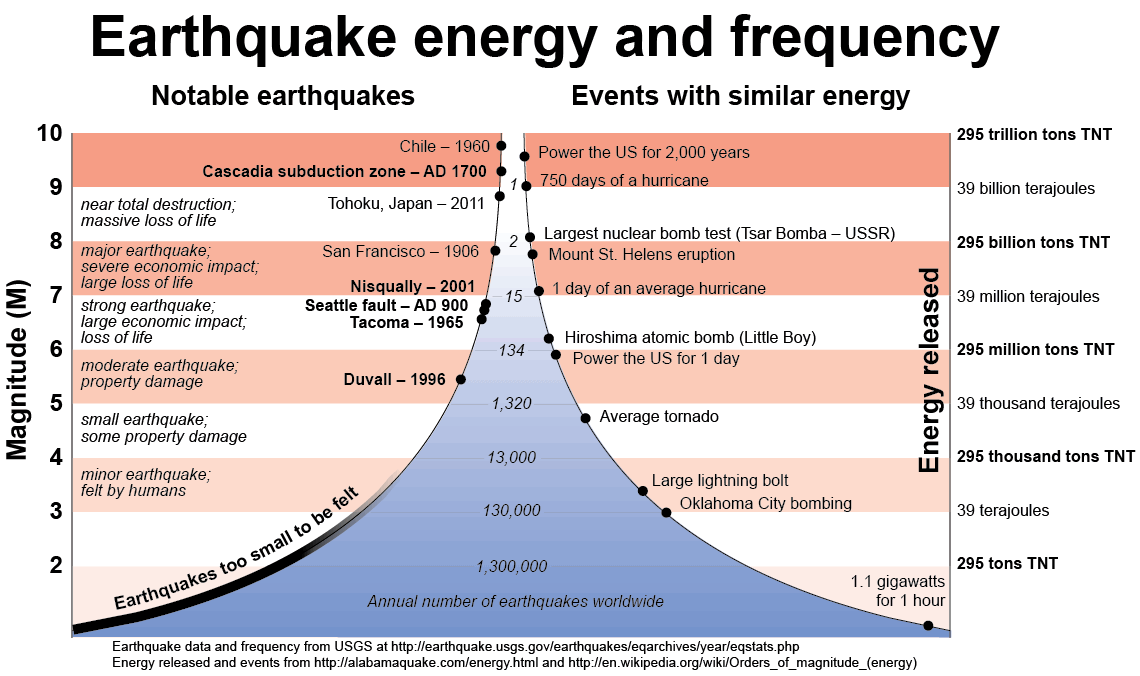 With Thursday’s earthquake the magnitude changed a few times before the USGS decided on an official magnitude.
Our problem is the immediacy of media these days.

You see, we don’t have seismographs covering every inch of the planet. So what scientists do is take the readings from all of the surrounding seismographs and use their complex knowledge to triangulate the epicenter and magnitude of the quake!
It takes time and impressive math to do this, so you have to forgive these impressive men and women for taking the time to do a great job!

All of this is incredibly simplified– if you want more information, there is more than any of us can understand on the USGS website.