Anyone who tries to tell you how many inches of snow will fall on your yard beyond 24-36 hours is trying to sell you something. Buyer beware. Meteorologists, as a profession, over-predict snow.

Why? One of our biggest fears is hearing this: “You said flurries, but what about the FOOT of flurries in my driveway?!” So we compensate.

Over 30 years I’ve discovered, the hard way, that it pays to be conservative with snowfall amounts; try not to go off the deep end. Because Mother Nature always finds a new and exotic way to kill off most anticipated snowstorms.

A friend summed it up best: “If I take the average snow predictions from all MSP media sources and divide by 2.5 I get a much better estimate of what will really fall.”

High confidence: one of the 2 or 3 coldest blasts of winter is brewing for late next week. Uffda! 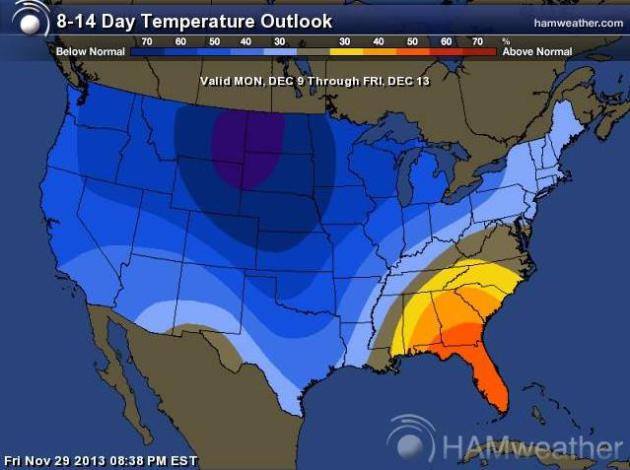 8-14 Day Temperature Anomalies. As if there was any doubt it’s going to get NANOOK across much of the USA, NOAA CPC’s 8-14 day temperature trend, valid December 9-13, shows the epicenter of chill over the Northern Plains next week, a warm bias over the southeastern U.S. Map: NOAA and Ham Weather. 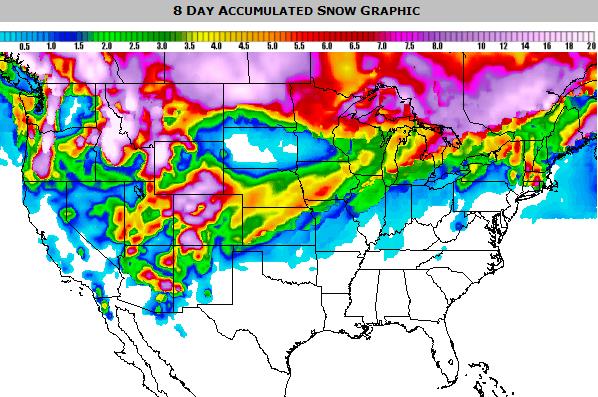 8-Day Snowfall Forecast. This is quite a chance from yesterday, showing a more northerly track to the midweek storm, dumping heavy snow on northern North Dakota and the Red River Valley. A surge of warmer air out ahead of this vigorous low may spark mostly rain in southern Minnesota. It’s still too early for specific, but there’s no doubt that a wedge of bitter air is coming by the end of the week. NOAA NAM guidance: Ham Weather.

Twin Systems To Watch. The loop above is from NOAA’s GFS model, showing predicted surface pressure and 10-meter wind speeds looking out 8 days. A strong storm is forecast to track across the northern USA later this week, dragging the coldest air of the winter season, to date, into much of the USA. Keep an eye on possible coastal storm development over the Carolinas, possibly pushing heavy rain/snow and high winds up the east coast by midweek. Animation: Ham Weather. 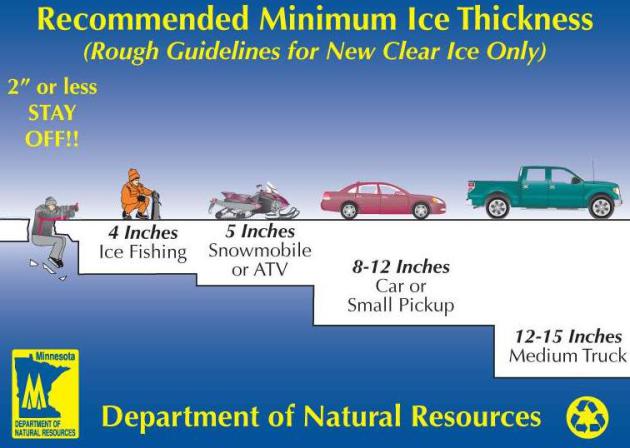 Stay Off The Ice. It hasn’t been cold enough, long enough for ice to come anywhere close to being thick enough and safe enough to support people, much less snowmobiles and vehicles. With bitter air in the forecast the second week of December ice conditions may improve dramatically by mid-December, but probably not until then. Here’s more information on ice safety from NOAA and the Minnesota DNR. 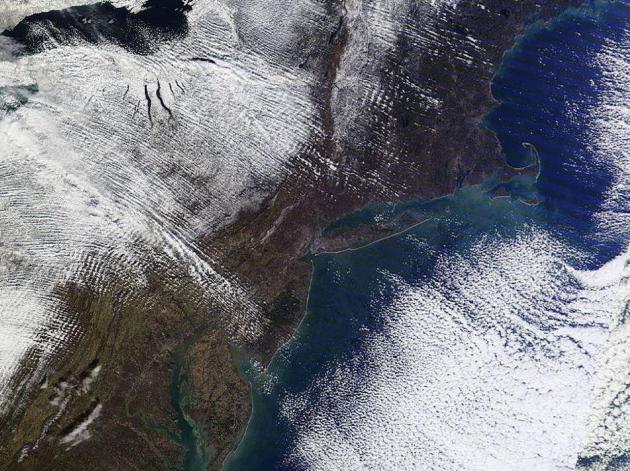 Northeast Snow Cover. The computer models overestimated how much snow would fall over the Appalachians, but you can see which parts of the Mid Atlantic and New England enjoyed a white Thanksgiving. Satellite image: NOAA. 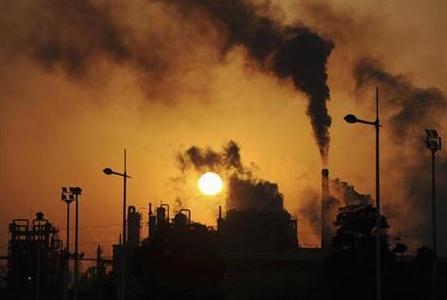 Czech Research Shows Air Pollution Causes Genetic Damage. I stumbled upon this story at The Prague Monitor – here’s the intro: “Czech scientists, using the latest data on the population’s health, have found out that air pollution causes a significant genetic damage, transferrable to further generations, a research conducted by Prague’s Institute of Experimental Medicine (IKEM) has shown. The molecular genetics method applied to newborn children showed changes in the expression of genes that can influence the child’s proneness to sickness…” 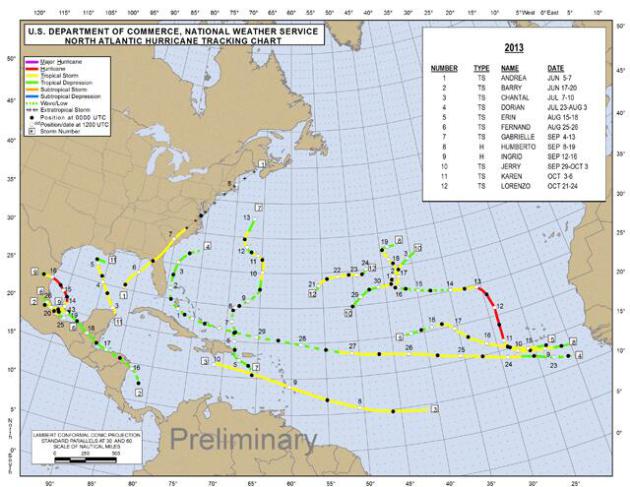 Quietest Atlantic Hurricane Season Since 1982. Only 2 hurricanes spun up, due to a head-scratching mix of wind shear, dry air and too much dust sweeping off the coast of Africa. Map above: NOAA SPC. 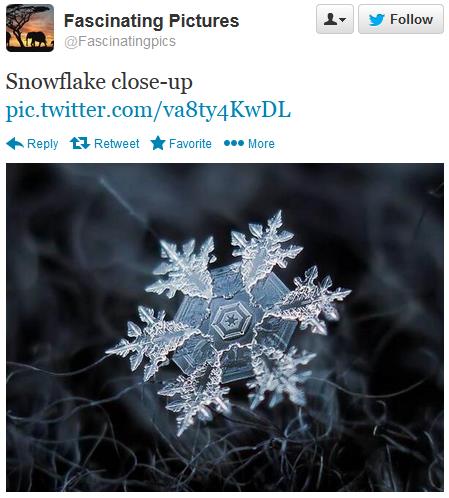 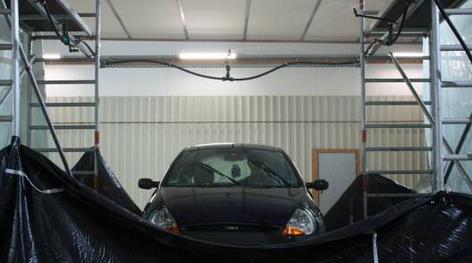 Moving Cars Could Be Used To Measure Rainfall. Rainfall intensity estimates based on real-time windshield wiper settings? Interesting, but isn’t it just easier turing on the Dopple radar? Maybe I’m missing something here. Gizmag has the story; here’s the intro: “Rain gauges are generally pretty accurate at measuring the amount of precipitation that has fallen at their location, but they can’t be everywhere. This means that average rainfall figures for a region could be inaccurate, if considerably more or less rain has been falling in unmonitored areas. Cars, however, are just about everywhere that there are roads. With that in mind, researchers from Germany’s University of Hanover are looking at using them to tell us how much water is coming from the sky…”

Inbreeding Shaped The Course Of Human Evolution. Well this explains a lot. Here’s a clip from a story at New Scientist: “TALK about an inauspicious beginning. For thousands of years our ancestors lived in small, isolated populations, leaving them severely inbred, according to a new genetic analysis. The inbreeding may have caused a host of health problems, and it is likely that small populations were a barrier to the development of complex technologies...”

Santa’s Little Helper. Looking for a specific gift on-line? I’ve had remarkably good luck tracking down hard to find items (especially electronics) at nowinstock.net. Plug in the item you’re looking for and you’ll get an alert from one of dozens of sites (including Amazon, Best Buy, Target and Walmart) has new inventory available online. Best of all – it’s free. 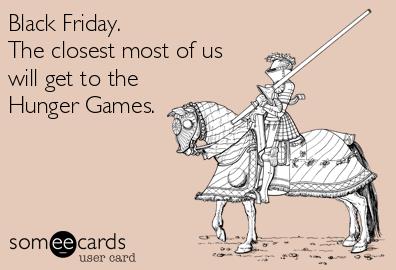 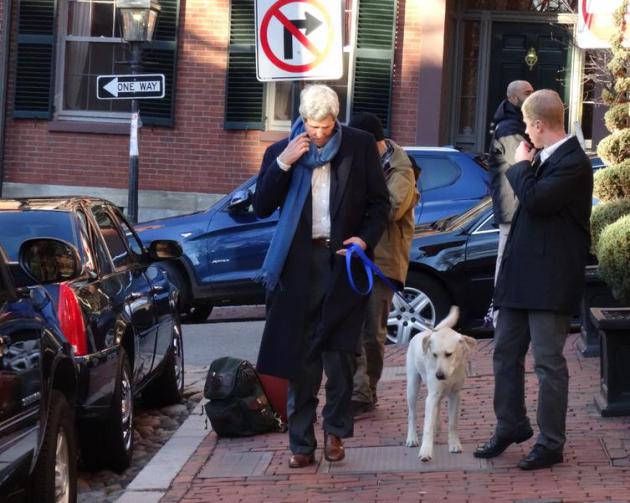 Secretary Of Dog-Walking. I’m in Boston celebrating Thanksgiving with family. Walking around the Beacon Hill area we stumbled on this sight: Secretary of State John Kerry walking his dog, surrounded by Secret Service and a colorful assortment of Swat Teams. Call me crazy, I find it 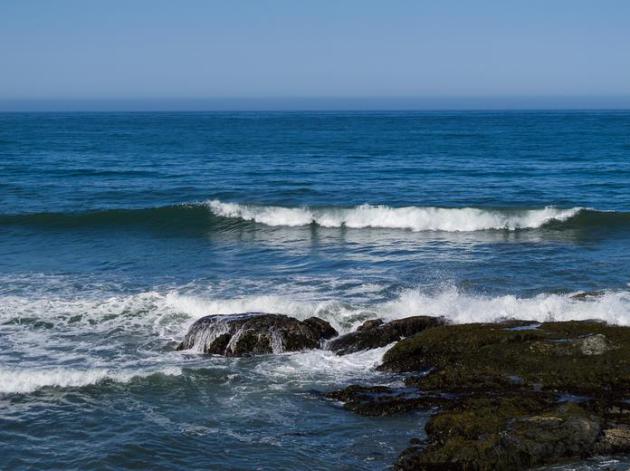 Deep Ocean Offers Hints of Warming. Truthdig.com has the story – here’s an excerpt: “US and British researchers may have identified the fingerprint of global warming in one of the darkest, coldest, most mysterious places on the planet. Four thousand metres below the sea surface, at the bottom of the north-east Pacific abyss, they have found changes in the food supply to some of the planet’s least known creatures. And these changes track changes to temperatures at the surface. Kenneth Smith of the Monterey Bay Aquarium Research Institute and colleagues from the University of Southampton in the UK, and the Scripps Institution of Oceanography in San Diego, report in the Proceedings of the National Academy of Sciences on a 24-year exploration of one of life’s deepest puzzles...” (Photo: NOAA). 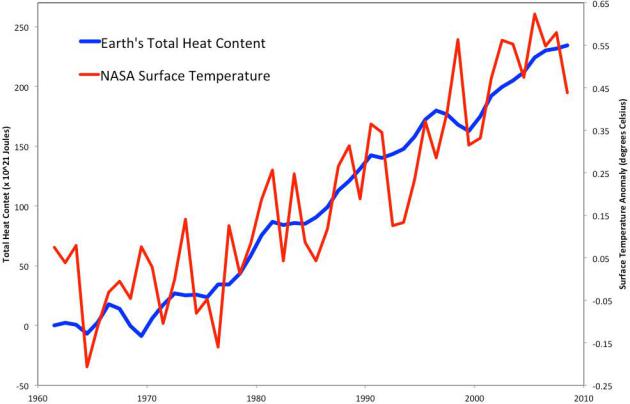 Conservatives Must Counter Climate Change. Here is an excerpt of an Op-Ed at The Post and Courier that caught my eye: “…Speaking about the health of “this magical planet God gave us,” President Ronald Reagan reminded us, “This is what we leave to our children. And our great moral responsibility is to leave it to them either as we found it or better than we found it.” As South Carolinians, we need to ask ourselves: What kind of world are we leaving for our children and grandchildren? Nothing is more conservative than being a good steward. Yet when it comes to climate change, there are too many on the political right — both here and in Washington — who still disregard the evidence, dispute well-established science, and ignore the problem…” 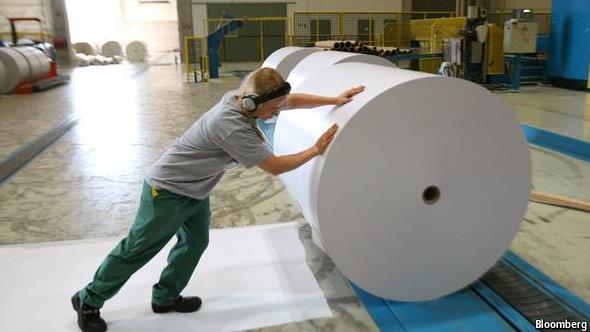 Roll On The Green Revolution. European pulp and paper companies have developed new technologies to dramatically lower CO2 emissions, as reported by The Economist; here’s a clip: “…Even so, several lessons have emerged. The main one is that there are technological solutions to climate change. “We were amazed at what we found,” says CEPI’s Marco Mensink. Some of the ideas not only cut emissions but take energy-intensive firms into new areas—biochemicals, in the case of pulp and paper. Next, companies can do lot about climate change themselves. They do not need to wait for a nudge from governments, although CEPI also wants the European Union to put some money where its mouth is and support more basic research…” (Photo credit: Bloomberg).