Stuck In A Chilly Rut. Once again weather systems are in a holding pattern – a bit odd for May; “cut-off” lows are more likely in March or October. A swirling pocket of unusually cold air aloft will spark snow over the U.P. of Michigan, pumping unusually cool air southward to Texas and Arkansas. While the east warms up with heavy showers and T-storms and the western USA sizzles. NAM 2 meter temperatures courtesy of NOAA and HAMweather. 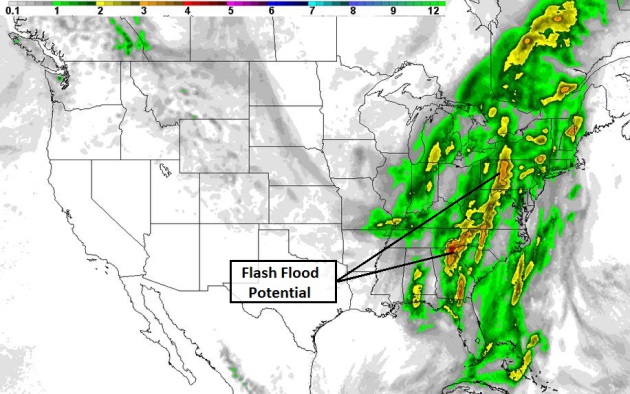 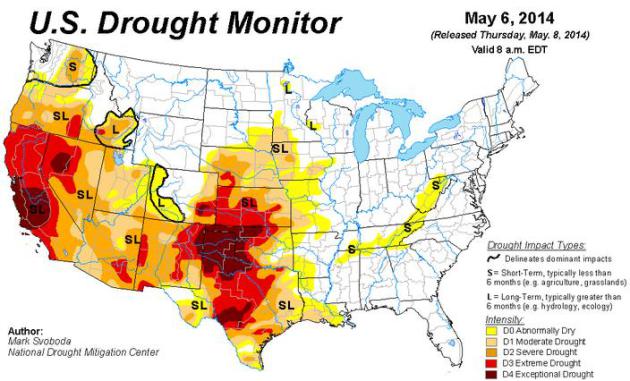 Partially Parched: Half of U.S. Is In Drought. Yahoo News has an update on extreme to exceptional drought, now spreading into the southern and central Plains; here’s an excerpt: “…The drought is deepest in California and the Texas and Oklahoma panhandles, according to the latest drought map, released May 8. Most of California is in extreme or exceptional drought, and triple-digit heat was returning to Texas and Oklahoma, according to Mark Svoboda of the National Drought Mitigation Center, who penned a report on recent drought conditions. “This is not the recipe for recovery as the calendar pushes toward summer,” Svoboda wrote of the heat in the Texas and Oklahoma panhandles. “What winter wheat wasn’t damaged or killed off by recent hard freezes was left to bear the brunt of the heat and dryness this week, with little in the way of relief on the horizon…” (Map above: U.S. Drought Monitor). 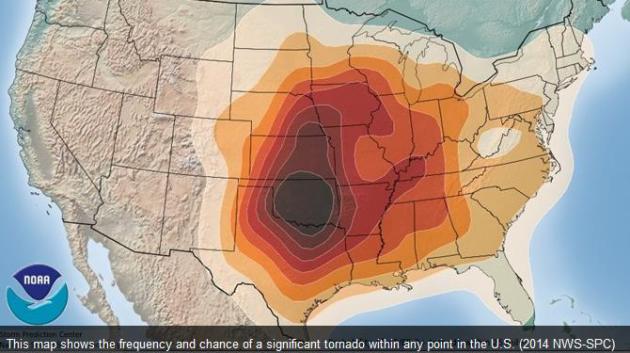 Texoma’s EF2-EF5 Tornado Risk Highest In Nation. I found this interesting; where (statistically) the most intense tornadoes touch down, courtesy of texomashomepage.com: “The National Weather Service keeps a continuous record of the following statistics:

This information combined allows the National Weather Service Storm Prediction Center (NWS-SPC) to create risk maps for significant tornadoes. These maps are updated daily but a clear trend has been evident lately...” 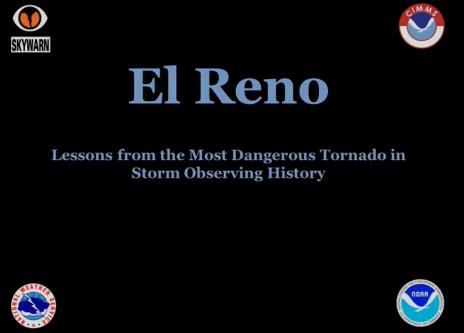 New Video Gives Great Tornado Safety Information. KRMG in Tulsa has a link to a remarkable video with timely information learned in the wake of 2013’s epic tornadoes across Oklahoma: “May of last year was a dangerous and deadly month for storms around Oklahoma City. 24 people killed in Moore on May 20, 2013 and 8 killed in El Reno on May 31, 2013, some of them highly-trained storm chasers. A new video aims to keep people safe.” 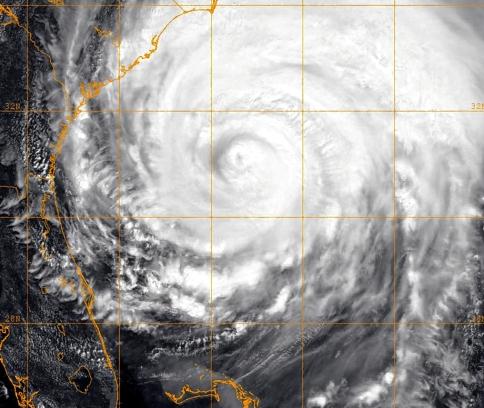 Hurricane Hiatus: Will The USA’s Luck Run Out This Year? With a brewing El Nino and more (predicted) wind shear over the tropics the trend once again this year should be fewer tropical storms and hurricanes. Then again, it only takes one. Here’s an excerpt from USA Today: “Will this be the year the USA’s luck runs out? With the Atlantic hurricane season starting June 1, the nation is enjoying two record streaks for a lack of hurricanes: It’s been nine years since the last hit from a “major” hurricane and also nine years since a hurricane of any sort hit Florida, traditionally the most hurricane-prone state in the nation. Both streaks began on Oct. 24, 2005, when Category 3 Hurricane Wilma slammed into southwest Florida with 120-mph winds…” 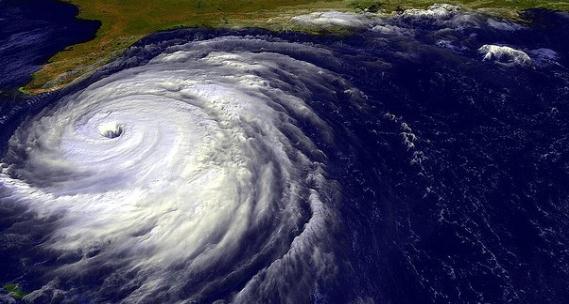 Tropical Cyclone “Maximum Intensity” Is Shifting Toward Poles. Here’s a clip of new research findings from NOAA NCDC: “Over the past 30 years, the location where tropical cyclones reach maximum intensity has been shifting toward the poles in both the northern and southern hemispheres at a rate of about 35 miles, or one-half a degree of latitude, per decade according to a new study, “The Poleward Migration of the Location of Tropical Cyclone Maximum Intensity,” published tomorrow in Nature. As tropical cyclones move into higher latitudes, some regions closer to the equator may experience reduced risk, while coastal populations and infrastructure poleward of the tropics may experience increased risk. With their devastating winds and flooding, tropical cyclones can especially endanger coastal cities not adequately prepared for them. Additionally, regions in the tropics that depend on cyclones’ rainfall to help replenish water resources may be at risk for lower water availability as the storms migrate away from them...” 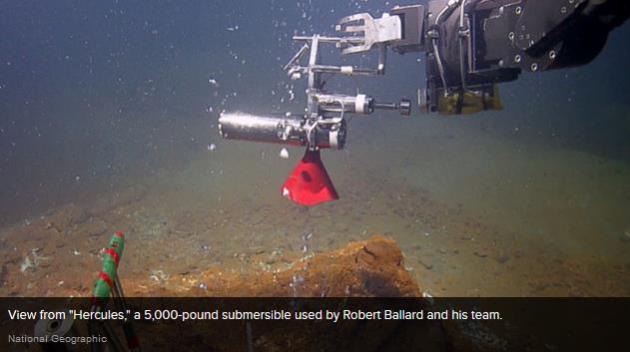 Could Dangerous Underwater Volcano In Caribbean Cause a U.S. Tsunami? The idea may not be as far-fetched as it sounds, according to a story at ABC News; here’s an excerpt: “…Ballard, the president of The Ocean Exploration Trust and the director of the Center for Ocean Exploration at the University of Rhode Island’s Graduate School of Oceanography, said the Kick’em Jenny volcano has a history of explosive eruptions, which could have the potential to trigger tsunamis, the effects from which could be felt as far away as the northeastern United States. According to the U.S. Geological Survey (USGS), the Kick’em Jenny volcano has erupted 10 times since 1939 with the most recent eruption in 1990…”
Image above: National Geographic.