Election Day Weather and a Couple Storms on the Horizion 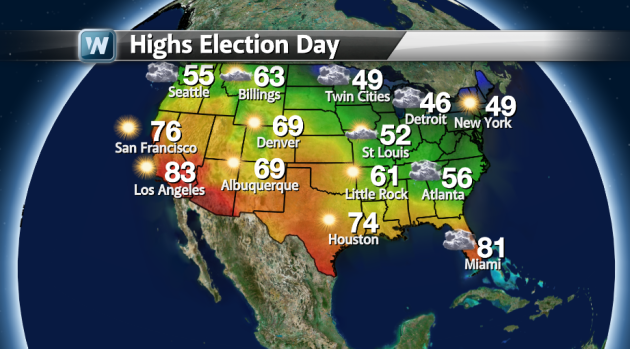 We continue to monitor your weather conditions for Election Day. Nationwide, it looks relatively nice. We could see some rain in the northwest as the next system moves onshore that could bring heavy snows to Montana late week. Rain showers will also be possible in far eastern Minnesota into Wisconsin, possibly mixed with snow in the far northern reaches of the states. Meanwhile, it looks wet in portions of the southeast, as the system that will eventually hit the northeast as a Nor’Easter starts deepening. 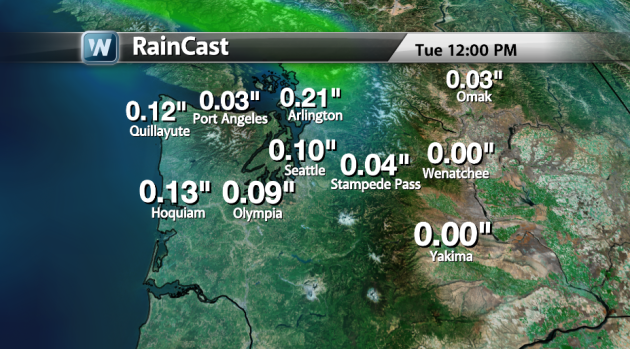 In the northeast, rain amount should be small, not too much to keep voters away. 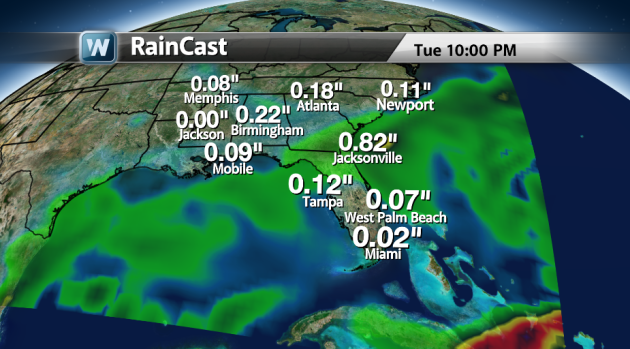 We could see some heavier rain amounts in northern FL/southern GA on your Election Day, but still nothing that should keep you away from your local polling station.

Record Heat in the Southwest 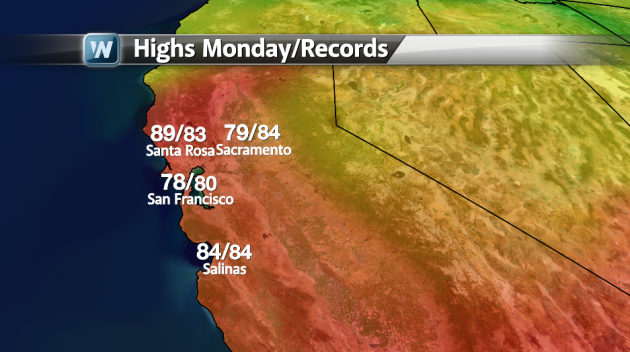 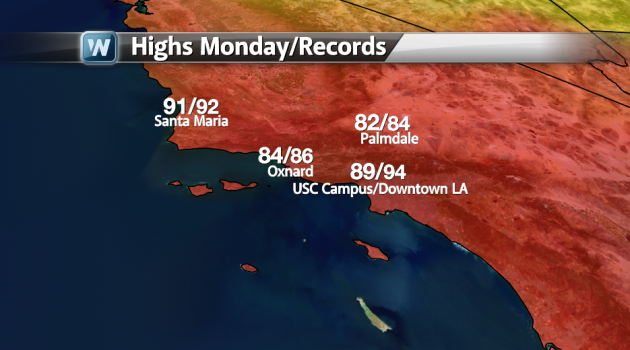 As the Santa Ana winds start kicking up in the southwest over the next couple days, we could see some record heat in the Bay Area and down towards LA. 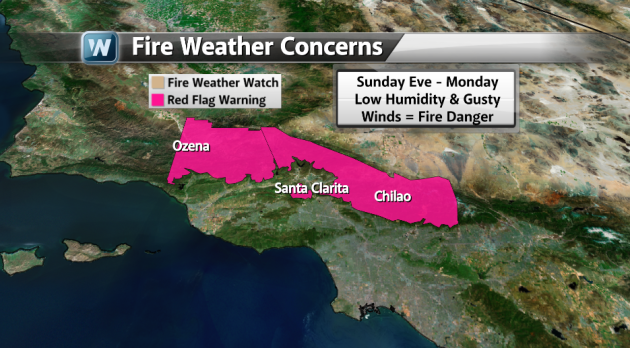 As the winds start blowing, we will see relative humidities decrease in the area, increasing the threat for wildfires in the mountains outside of Los Angeles. It’s these times we always ask that you be careful with any lit cigarettes or bonfires. 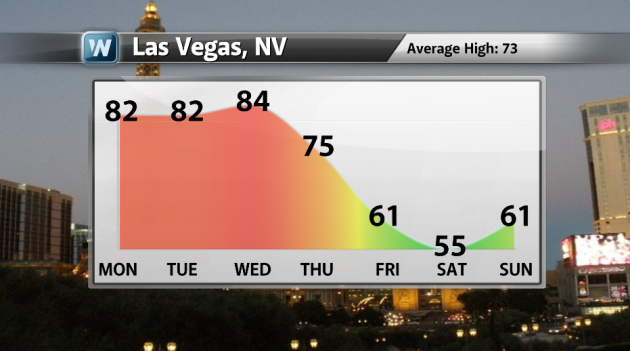 Check out the meteogram for Las Vegas. As the system mentioned above for Election Day in the northwest moves in, temps will plummet across the region. Temps for Vegas will only be in the mid 50s for next Saturday — not a great day to be out on the Strip! 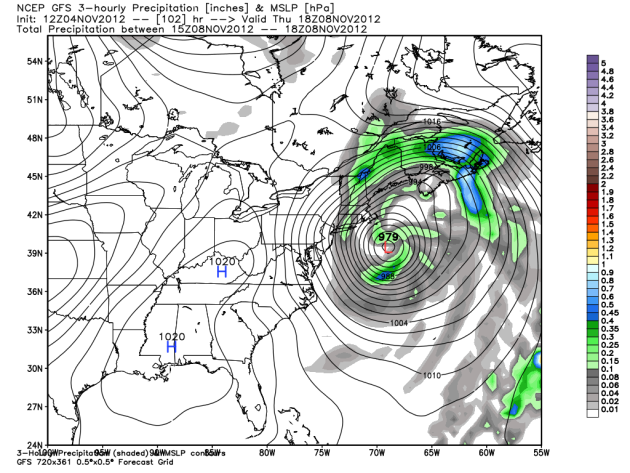 We continue to monitor the chance of a mid-week storm for the northeast. The good news is that the models keep shifting it eastward a little bit. This shot from the 12z GFS run for Thursday afternoon shows a 979 mb low off the east coast, bringing some rain to the eastern seaboard and some snow to parts of New Hamphsire. While the storm is strong, it is staying off the coast this run, which can help the situation out. However, we do still expect moderate coastal flooding in areas that were just hit by Sandy. Model image via WeatherBell Models. 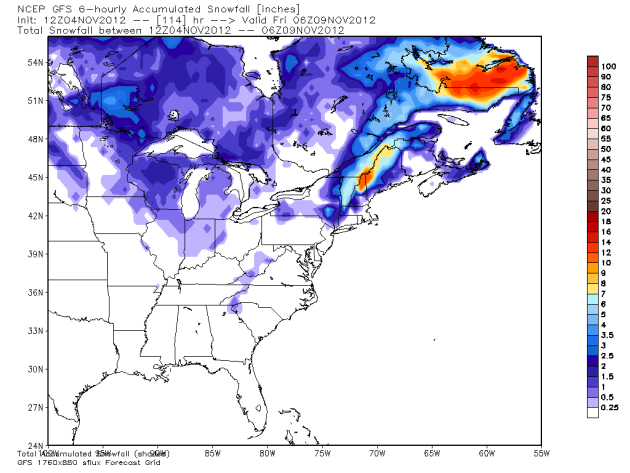 The snow forecast from the GFS shows the heavier snow amounts moving out of New York and into New Hampshire and Maine. Welcome news for recovery efforts, but I’m sure some of the ski resorts are a little sad that they won’t get this snow. One resort it could help: Killington in Vermont, who plans on opening for the season Monday! Model image via WeatherBell Models. 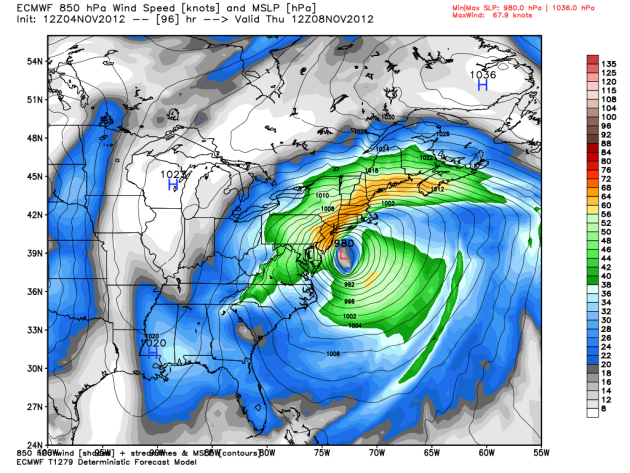 Meanwhile, the European model still brings a 980 mb low close to the coastline Thursday morning before swining it out towards Cape Cod during the day and into Friday. Only time will tell which model is right (if any), but a major threat is likely for the northeast in areas, and the impacts will be exacerbated due to the damage Sandy left behind. Model image via WeatherBell Models. 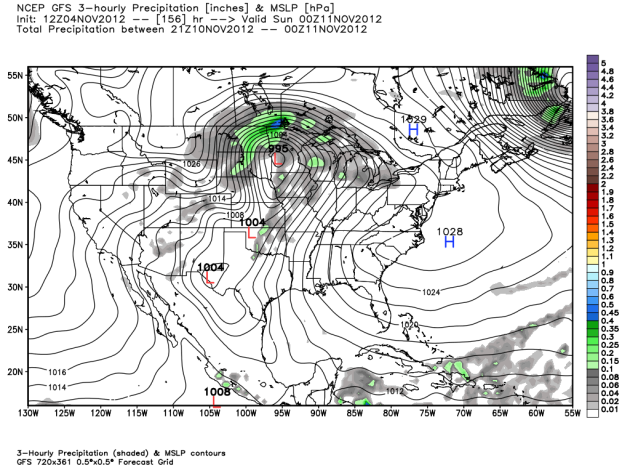 We’re also watching a system that could affect the northern plains next weekend. The 12z GFS shows a 995 mb low pushing through western Minnesota Saturday Evening that could spark some thunderstorms in southern Minnesota as well as some heavy snow for the Dakotas and northwest Minnesota. Model image via WeatherBell Models. 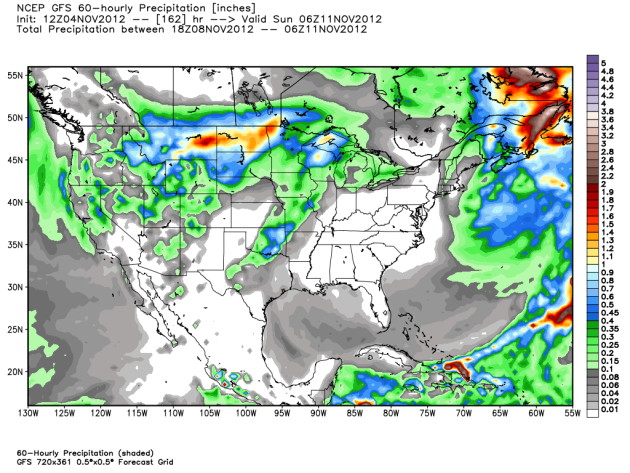 The precipitation output shows that, if we are optimistic, parts of the upper Midwest (in the warm sector) could see a half an inch to an inch of rain. Model image via WeatherBell Models. 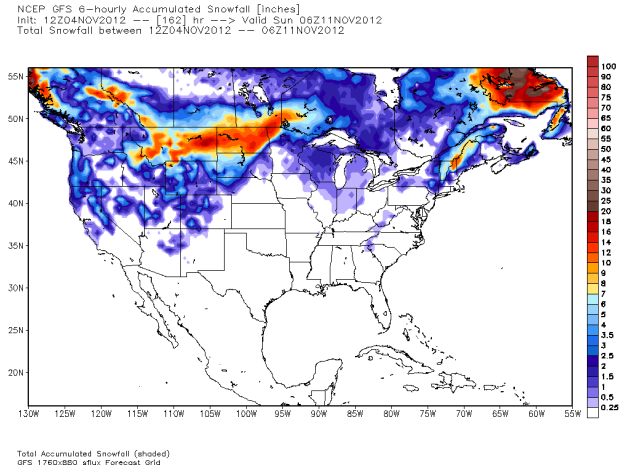 Meanwhile, on the cold side, we could see up to a foot of snow in portions of the Dakotas and NW Minnesota. Model image via WeatherBell Models.

We’ll continue to watch the systems over the upcoming week and bring you more updates! Have a great beginning to your work week!