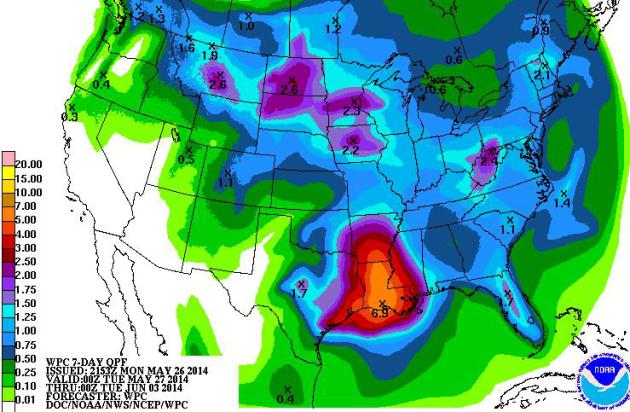 7-Day Rainfall Estimates. NOAA models show as much as 5-7″ of rain over the Lower Mississippi Valley, where widespread flash flooding is possible this week. Some 1-3″ amounts are possible from the Dakotas and Minnesota east to Pittsburgh. 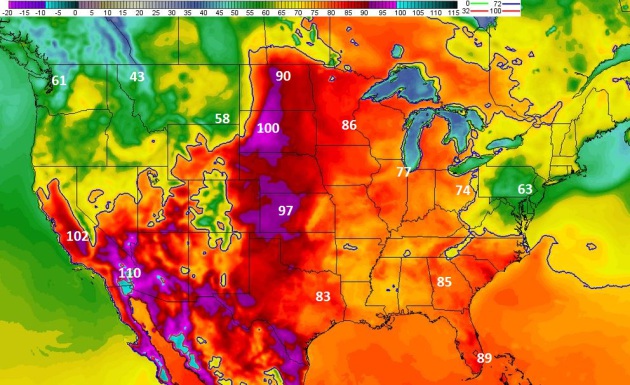 Thursday at 4 PM. NAM guidance from NOAA shows highs topping 100F over the Dakotas by Thursday afternoon, summerlike heat expanding across the central USA, while the Pacific Northwest and Mid Atlantic region is stuck in the 60s. Map: HAMweather. 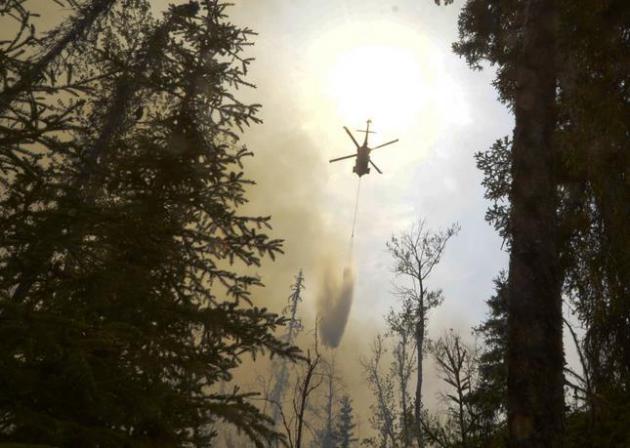 Alaska Wildfire is Bigger than Chicago. Newser has an update on the massive blaze; here’s an excerpt: “A huge fire burning in Alaska’s Kenai National Wildlife Refuge has exploded in size and now covers 243 square miles—an area bigger than the city of Chicago. The Funny River fire in the heavily forested reserve south of Anchorage is just 30% contained and authorities have ordered the evacuation of around 1,000 structures, the AP reports. The fire isn’t unusually big by Alaska standards, a state spokeswoman says, but it is occurring much earlier in the year than usual; unusually dry conditions, accompanied by high winds, are helping the blaze to spread…”Photo credit above: “A helicopter dumps water on a portion of the Funny River Fire,Sunday, May 25, 2014, in the Funny River community in Soldotna, Alaska. The wildfire that has spread through the forest of Alaska’s Kenai Peninsula has expanded in size, prompting authorities to order the evacuation of 1,000 structures, officials said.” (AP Photo/Peninsula Clarion, Rashah McChesney).* The blaze on Alaska’s Kenai Peninsula, south of Alaska, grew to 218 square miles as of late Monday. More details on the expanding Alaskan wildfire from The Star Tribune. 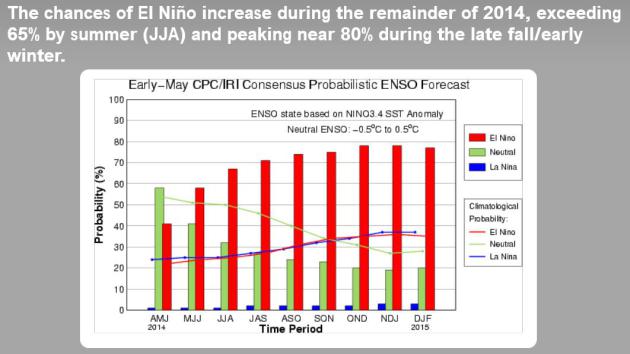 El Nino Update. The probability of going from ENSO-neutral to an El Nino warming phase in the Pacific rises to 65% this summer, peaking close to 80% by late fall and early winter. Details from NOAA CPC. 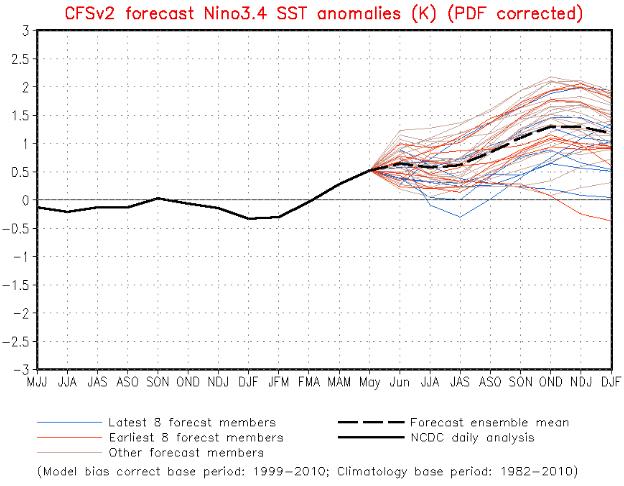 2014 El Nino Intensity Predictions. The consensus forecast calls for a roughly 1 C warming with the El Nino event underway. Most (but not all) El Ninos correspond with cooler, wetter weather over Minnesota and the Upper Midwest during the summer, but a bias toward drier, warmer weather during autumn and winter. 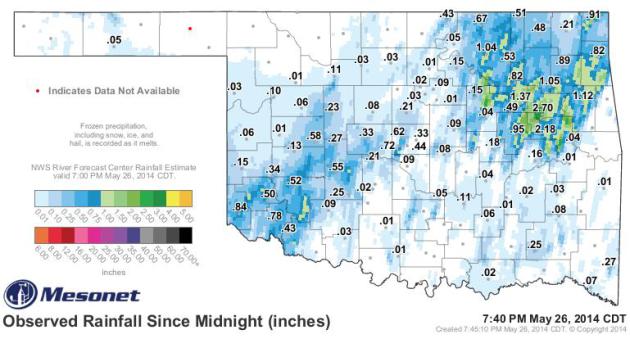 Oklahoma Mesonet, Celebrating It’s 20th Anniversary, Had It’s Roots in the 1984 Tulsa Flood. I didn’t realize this was the case, but major weather tragedies often spur new technologies and innovations. Here’s an excerpt from a story at Tulsa World: “…On May 26-27, 1984, a stalled cold front dumped six to 15 inches of rain on the Tulsa area, leaving 14 people dead and causing $180 million in damage. The storm took many in the area by surprise. From Tulsa’s tragedy came an idea to have information beyond just airport radar sites that were updated on an hourly basis, said Howard L. Johnson, retired associate state climatologist with the Oklahoma Climatological Survey…”Map above: Oklahoma Climatological Survey and Mesonet.

Easing Your Child’s Fear of Severe Weather. KSTP-TV Meteorologist Jonathan Yuhas has some good advice and a helpful video for parents trying to help children respect the weather, without living in constant fear or paranoia, here’s an excerpt: “Jonathan suggests having a severe weather plan in place before the storm. “You’d want to have extra keys for your house and for your car, you’d want to have extra food for your kids and water for everyone as well,” Jonathan said. Also, he suggests having a cellphone and charger, cash, a credit card and a blanket. He also said talk to your kids about their fears. Jonathan suggests going to the library with them and reading a book or two about severe weather. “This offers a safe environment to teach your kids more about severe weather,” Jonathan said…” 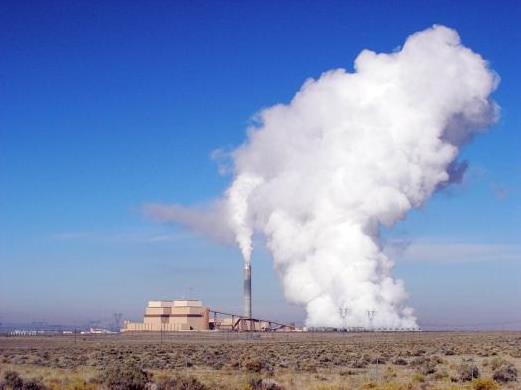 MIT Finds New Way to Harvest Energy from Heat. Gizmag has the curious (and promising) details; here’s an excerpt: “Researchers at MIT and Stanford have found a new way to transform waste heat into electricity, particularly in situations where the temperature gradient is small, below 100º C (180° F). The technology uses widely available materials, and could be used to recycle the large amounts of wasted heat generated in industrial processes and electric power plants. According to the US Environment Protection Agency (EPA), one third of the industrial energy consumption in the United States is wasted as heat. If we could get even a small portion of it back, we’d be able to decrease power consumption significantly…”File photo: Utah Geological Survey.

Solar Panels Drains The Sun’s Energy, Experts Say. I have a hunch this is parody. Well played, National Report. Here’s an excerpt of this important “scientific” breakthrough: “…Solar panels destroying the sun could potentially be the worst man-made climate disaster in the history of the world, and Halliburton will not be taking part in that,” the company stated in a press release issued Friday morning.  “It’s obvious, based on the findings of this neutral scientific research group, that humans needs to become more dependent on fossil fuels like oil and coal, not less.  Because these so-called `green technologies’ are far more dangerous to the Earth than any hydrofracking operation or deep-water drilling station.  What good is clean air when our very sun is no longer functional?” 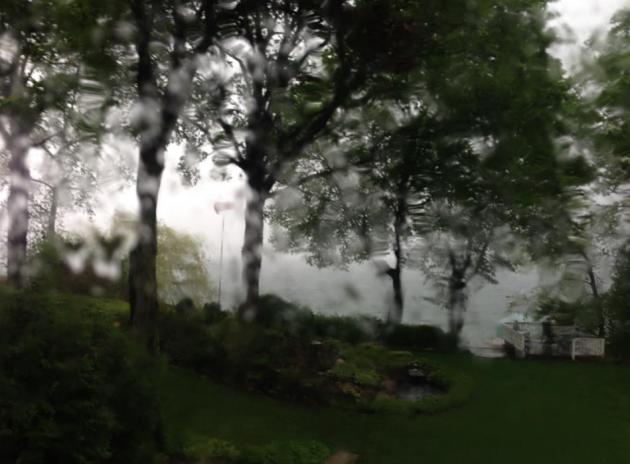