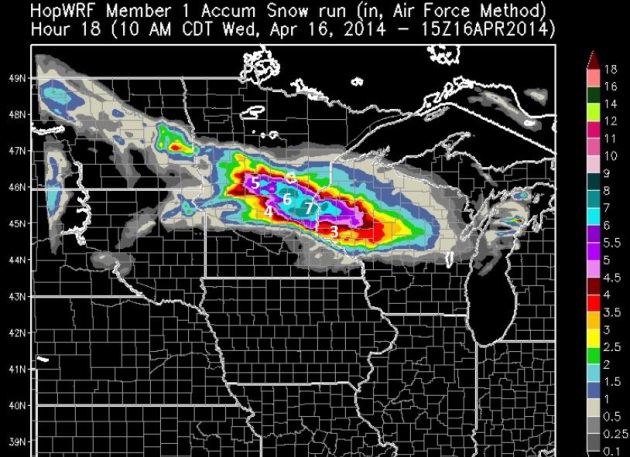 Coating – 7″, Give or Take. Go on TV and predict a coating to 7″ and you’ll be heckled. “Could you possibly be any more vague, Paul?” But that’s what the latest WRF guidance is suggesting: as much as 3-7″ for the north metro to near St. Cloud, but only a coating for the southern suburbs. There may be a very tight gradient in snowfall amounts across the metro area. Expect a cold rain by afternoon, ending as an inch or two of slush south metro; probably enough to shovel, plow (and complain vigorously about) north metro. Source: HopWRF. 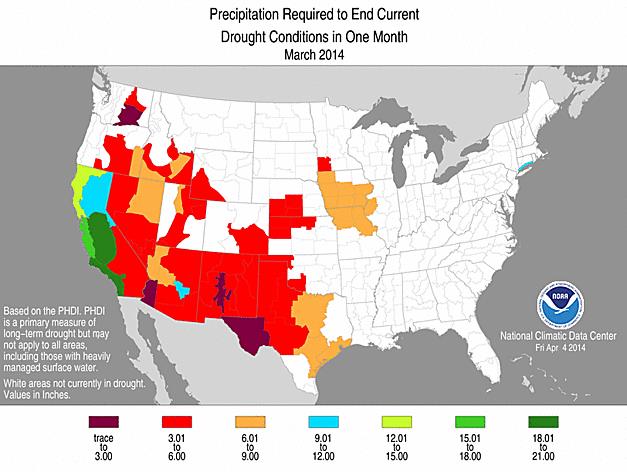 Precipitation Needed To End Drought. Here are the latest numbers from NOAA NCDC; as much as 20″ or more of rain necessary to break the drought from California’s Central Valley southward to San Diego.

Tornado Season Is Off To A Slow Start, But There’s No Predicting What’s Next.Matt Lanza has a very good summary of the (relatively) quiet start to tornado season, nationwide, and what may be driving the low numbers. Here’s an excerpt from his story atFiveThirtyEight Science: “Tornado season has started quietly this year, continuing a trend that began in 2012. Through March 31, the United States had only 70 reported tornadoeseven though the first quarter has averaged more than 170 a year over the last 10 years. April has remained quiet, with 36 preliminary tornado reports as of Sunday. Oklahoma hasn’t seen an intense tornado1 since May 31, the longest such stretch on record. The small tornado seen there on Sunday was the first of any kind since Aug. 7…” 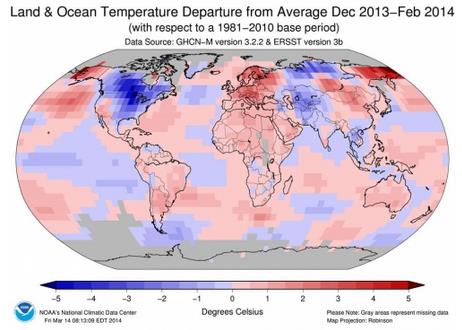 March Was 4th Warmest on Record Globally. Here are a couple of excerpts from a post at Climate Central: “…March 2014 was the fourth-warmest March on record globally, according to recently released NASA data, making it the 349th month — more than 29 years — in which global temperatures were above the historic average…This warm March follows on the heels of the announcements that this winter was the eighth warmest globally and that 2013 was anywhere from the fourth- to the seventh-warmest year on record, depending on which data set is used.”Graphic credit above: “The amounts that temperatures around the world differed from the historic average.” Credit: NOAA. 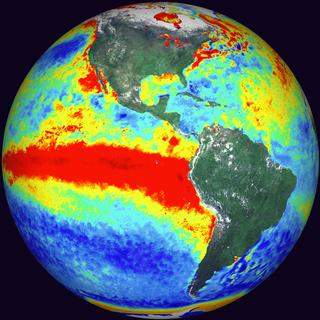 If El Nino Comes This Year, It Could Be A Monster. Wired.com has the story; here’s the introduction: “Attention, weather superfans: El Niño might be coming back. And this time, we could be in for a big one. Official NOAA Climate Prediction Center estimates peg the odds of El Niño’s return at 50 percent, but many climate scientists think that is a lowball estimate. And there are several indications that if it materializes, this year’s El Niño could be massive, a lot like the 1997-98 event that was the strongest on record. “I think there’s no doubt that there’s an El Niño underway,” said climate scientist Kevin Trenberth of the U.S. National Center for Atmospheric Research. “The question is whether it’ll be a small or big one…” 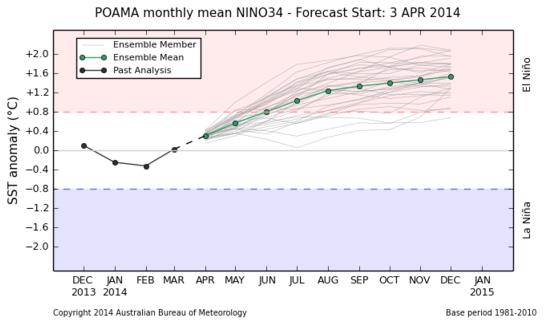 A Significant El Nino Brewing? It’s still early, but leading indicators suggest a substantial warming of equatorial Pacific Ocean water for the latter half of 2014. Data from the Australian Bureau of Meteorology show temperatures nearly 2F warmer than average in the Pacific by autumn: “All international climate models surveyed by the Bureau indicate that SSTs in the equatorial Pacific Ocean will continue to warm during autumn and winter. Almost all models indicate El Niño thresholds will be exceeded during the southern hemisphere winter.“

Earth Dodges A Huge Magnetic Bullet. We’ve seen a number of close calls. If a Category 4-5 X-Class solar flare ever reaches Earth’s surface we won’t be talking (or communicating) much about weather annoyances. We’ll have much bigger problems to contend with, possibly a widespread loss of satellite communication and the power grid. Here’s an excerpt from Electronic Products: “I’d say electronic engineers have not been terribly worried about a solar event upsetting their designs. But maybe they should be worried. According to University of California, Berkeley, and Chinese researchers, a rapid succession of coronal mass ejections sent a pulse of magnetized plasma barreling into space and through Earth’s orbit on July 23, 2012. Had the eruption come nine days earlier, when the ignition spot was aimed at Earth, it would have potentially wreaked havoc with the electrical grid, disabled satellites and GPS, and disrupted our increasingly electroniclives...” (File photo: NASA). 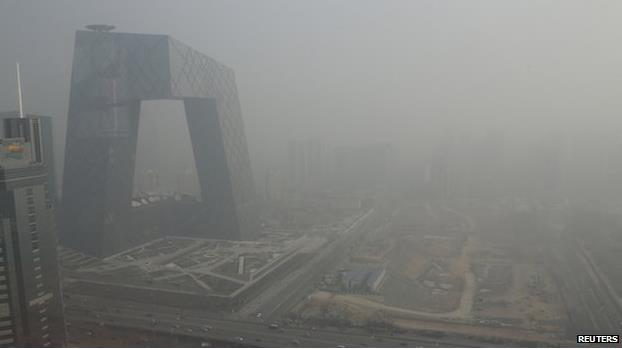 Asian Air Pollution Strengthens Pacific Storms. Smog spiking storms hundreds, even thousands of miles downwind from the source? Here’s an excerpt of a BBC article: “Air pollution in China and other Asian countries is having far-reaching impacts on weather patterns across the Northern Hemisphere, a study suggests. Researchers have found that pollutants are strengthening storms above the Pacific Ocean, which feeds into weather systems in other parts of the world. The effect was most pronounced during the winter…”Photo credit: Reuters. “A thick haze of pollution envelopes Beijing – but scientists say the toxic air travels much further afield.”

Fujitsu 3-D Tsunami Simulator Predicts Watery Disasters As They Unfold. Real-time predictions of tsunami impacts? Here’s a clip from vr-zone.com: “Fujitsu’s collaboration with Touhoku University led to the development of a 3D tsunami simulator for high-precision tsunami forecasting….The 3D tsunami simulator can recreate how a tsunami flows inland in very accurate detail, showing the flow of water as it interacts with the general topography of the area it is going to affect. It can also simulate waves as it breaks and forms, and as it flows through obstacles like urban buildings and local coastal geographic features…” 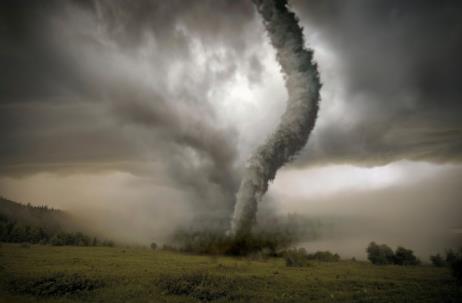 Tornadoes And Hurricanes And Earthquakes – Oh My! Surviving A Disaster In Your Home. I picked up a few timely tips and valuable suggestions in this Living Green Magazine article from Ross Bishop; here’s an excerpt: “…The lesson is, when the infrastructure goes, the one constant is that life can be extremely difficult. And even a little preparation can make a great deal of difference. Electricity is usually the first thing to go, and our lives today are very electric dependent. No electricity means no furnace, no lights, and no computer. It also means that the refrigerator won’t run and that you won’t be able to recharge your cell phone. Natural gas is more reliable, so you may have the stove for cooking (even if you have to light it by hand), and you may have hot water.…”

The lesson is, when the infrastructure goes, the one constant is that life can be extremely difficult. And even a little preparation can make a great deal of difference.
Electricity is usually the first thing to go, and our lives today are very electric dependent. No electricity means no furnace, no lights, and no computer. It also means that the refrigerator won’t run and that you won’t be able to recharge your cell phone.
Natural gas is more reliable, so you may have the stove for cooking (even if you have to light it by hand), and you may have hot water. The furnace however, needs electricity.
A flood, hurricane or earthquake will put your water supply at risk. Even though you may have water, it may not be safe to drink. Depending on where you live, this may not happen very often, but the consequences are dire. You can go without food for a month if pushed, but without water, you’ll die in a matter of days.Read more at http://livinggreenmag.com/2014/04/15/home-garden/tornadoes-and-hurricanes-and-earthquakes-oh-my-surviving-a-disaster-in-your-home/#R9SBXoeyGfoD4hGV.99

Turns Out, You Can Make Solar Panels Work In Cloudy Cities. Here’s another article that made me do a double-take; an excerpt from The Atlantic Cities: “Solar panels have always made sense in cities that get a lot of sun, at least intuitively. But in recent years, scientists have figured out ways to make them more useful for perpetually gloomy cities like London and Seattle. The solution comes down to organic photovoltaics. Unlike traditional solar panels, made of silicon, OPV cells are made of organic semiconductors, which can be 3D-printed or coated over large areas, as seen in the video below.…” 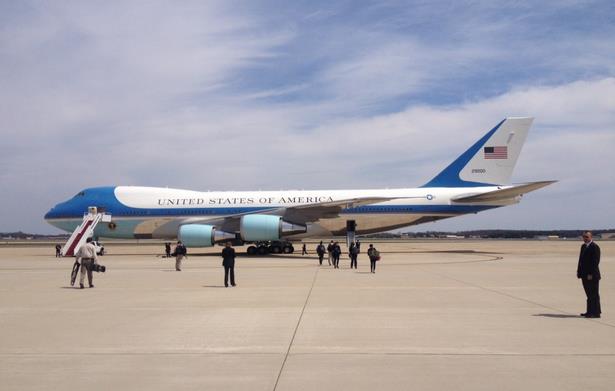 What Riding On Airforce One Is Really Like. Here’s an excerpt of an interesting behind-the-scenes story from The Washington Post: “…It turns out that riding Air Force One is, in lots of ways, like flying commercial. You need to get there hours early. You send your items through a metal detector and get wanded down. The inside of the cabin is, well, the cabin of a plane, but with some much nicer touches, like real towels and hand lotion in the bathroom…”Photo credit: “Air Force One.” (Katie Zezima)

New Leak Points To Major iPhone 6 Design Overhaul. BGR has the latest on what may be coming next from Apple; here’s an excerpt: “…Apple is rumored to launch at least one bigger iPhone model later this year, with various reports suggesting that a 4.7-inch iPhone 6 would hit stores first, at some point in late Q3. An even bigger 5.5-inch iPhone version has also been detailed in many reports, with recent ones implying that certain manufacturing issues may prevent Apple from launching it at the same time with the 4.7-inch iPhone…”Image Source: Nowhereelse.fr 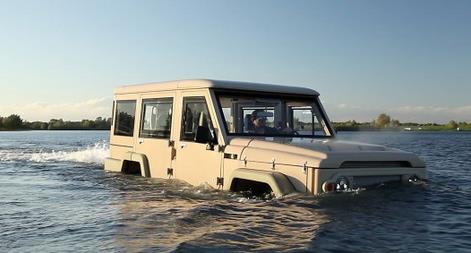 Amphicruiser: Amphibious 4WD Based On Toyota Land Cruiser. And who wouldn’t want to be seen in one of these pulling up to Big Island on Lake Minnetonka on a busy Saturday afternoon? Here’s a clip from Gizmag: “We wanted it to be as solid on water as the Land Cruiser is on land.” That’s Dutch Amfibious Transport co-founder Dirk-Jan de Jong talking about his company’s heavy duty amphibious 4WD, the Amphibicruiser. Built around a Toyota Land Cruiser engine, it’s a fully fledged on and offroad cruiser that can be driven up a river or out to sea with next to no training…” 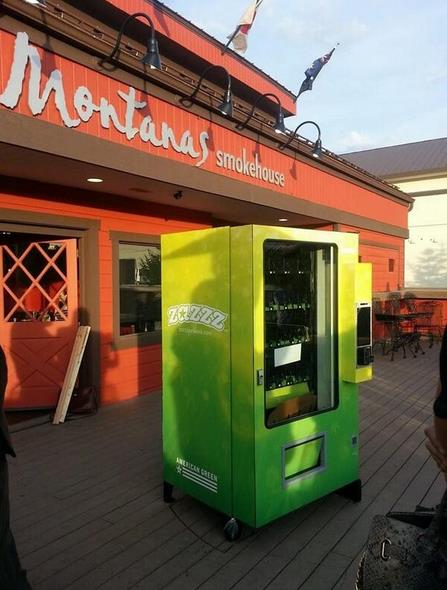 World’s First Cannabis Vending Machine Unveiled In Colorado. The Times of Indiahas the mind-numbing details: “A dispensary in Colorado is making the most of the state’s recent legalization of cannabis by introducting the world’s first marijuana vending machines. The machine, called ZaZZZ, will work in a similar way to cigarette machines but includes new technology that requires would-be tokers to scan their driving license (or other, similar documentation) before they can access the goods…” 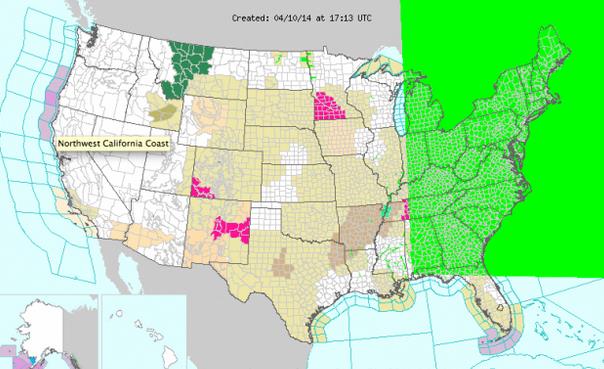 Weather Service: Please Disregard Our Giant Biblical Flood Warning. Yes, even NOAA has occasional issues with their web sites, as described in this clip fromMashable: “NOAA, meet Noah. The website for the National Weather Service (NWS), which is part of the National Oceanic and Atmospheric Administration (NOAA), suffered a major malfunction on Thursday leading to the false appearance of a biblical flood warning spanning from Canada (which the NWS doesn’t even have responsibility over) south to Florida, and west to Michigan. The malfunction, which began around midday ET and was fixed by 3:15 pm ET, affected local NWS websites — key conduits for disseminating life-saving watches and warnings...” 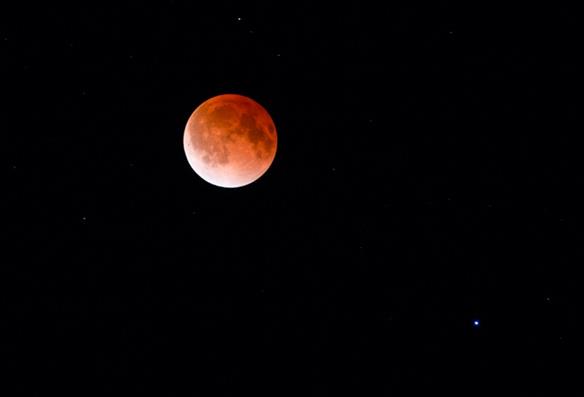