Wind and Hail Threat for the Mid-Atlantic Tuesday
Stormy Pattern Building for the South-Central U.S. Over The Next Few Days
Southern Four Corners Under Active Pattern
Late September Record Heat for the Central Plains
Sam is Still a Powerful Category 4 Hurricane in the Atlantic
Atlantic Tropical Update - Monitoring 3 Areas of Interest
All Weather News

A blast of cold air is dropping temperatures to levels that are well below average across the Midwest.

Highs today across the region feeling more like fall.

It is also possible that storms may be developing in Wisconsin as this cooler air moves in.

Persistent showers meant resulted in a soggy start to the day along the New England coast. Earlier this morning Flash Flood Watches were in effect.

Rain fall totals from this morning:

Showers have began to taper off in both of these regions.   The main threat for rain will be moving into the Ohio River Valley for tomorrow but it does not appear to be a severe weather situation. The weekend ahead will remain cool for the Upper Midwest and soggy for the Northeast and Mid-Atlantic.  After what has been a very hot week in the Northwest, temperatures will be dropping for the weekend and into next week.

* Tropical Storm Dorian has weakened over the last 24 hours, packing 50 mph sustained winds. It’s running into drier air with increasing wind shear, preventing the storm from strengthening to hurricane status for at least the next 4-5 days as it pushes toward Cuba.

* Tropical Storm Flossie expected to weaken into a tropical depression before drifting over Hawaii; capable of torrential rains and significant flooding by Tuesday of next week. 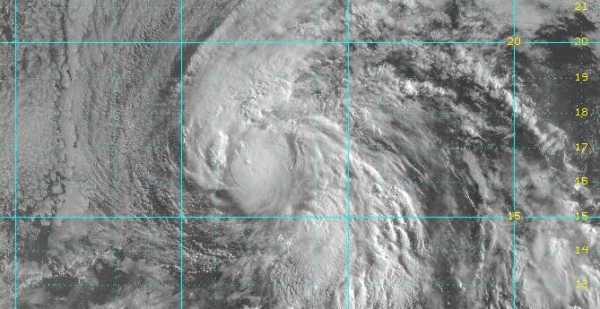 A combination of dry air becoming entrained in its circulation and increasing wind shear is causing Dorian to weaken, a trend which is expected to continue into the weekend, in fact Dorian may lose tropical storm strength. That doesn’t mean we can discount the storm altogether. Wind shear is forecast to weaken slightly as it approaches the Caribbean, and with the storm moving into an area of warmer sea surface temperatures some strengthening is still possible next week.

T.S. Dorian is moving briskly toward the west-northewst, on a track which should still take the storm north of St. Martin, The U.S. Virgin Islands and Puerto Rico by Sunday. Heavy rain squalls are possible from St. John to San Juan, but the core of the storm should stay 50-150 miles north of the islands. More serious flooding is possible Monday and Tuesday as the storm brushes Haiti and the Dominican Republic. 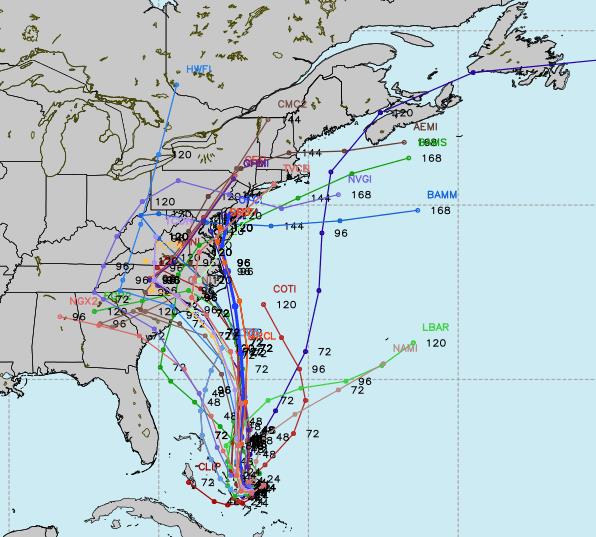 The models are (amazingly) aligned, showing the track of Dorian over the next 5 days, posing the greatest risk to the southern Bahamas and Cuba in a Monday-Tuesday time frame next week. 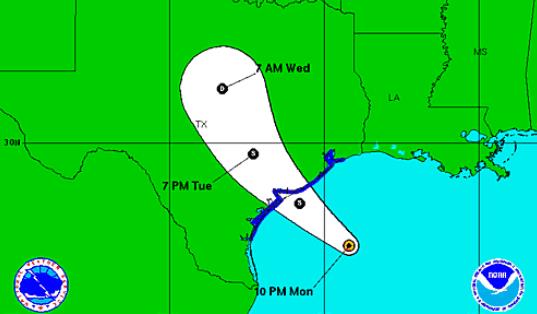 After pushing near Cuba by Monday or Tuesday, the models are (literally) all over the map with where Dorian may go next. An increasing number of solutions take Dorian into the Gulf of Mexico, which would probably be the most threatening solution for the U.S. Water temperatures are unusually warm in the Gulf, and Dorian might strengthen significantly if it takes a more southerly rouute. Just as many models veer the storm to the north, possibly soaking Florida with heavy rains the middle or end of next week before pushing out into the Atlantic. Confidence levels are still very low regarding the long-term path of Dorian, and even whether this storm poses a significant risk to facilities in the U.S. 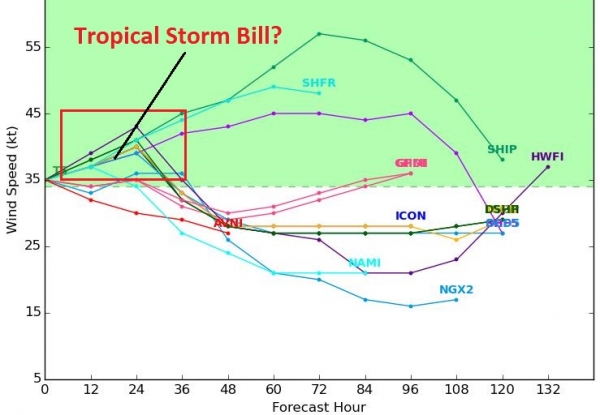 The combination of dry air and wind shear will probably conspire to keep Dorian a modest tropical storm, at least looking out 120 hours. A few of the models even weaken Dorian to a tropical depression or tropical wave beyond 60 hours, a scenario which is very believable looking at the data. 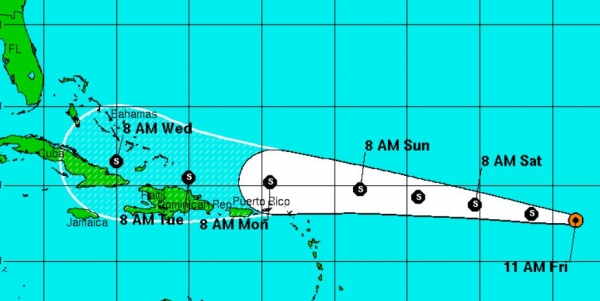 Based on guidance from NOAA NHC Monday looks like the wettest day for Puerto Rico; minor flooding can’t be ruled out, but right now this does not look like a significant/deadly storm scenario. More serious flooding is possible from The Domincan Republic to Cuba and the Bahamas by Tuesday and Wednesday of next week.

Tropical Storm Flossie is expected to weaken as it pushes westward across the Pacific, reaching tropical depression strength before impacting the Hawaiian Islands in a Tuesday-Wednesday timeframe next week. Soaking/flooding rains and subsequent flash flooding can’t be ruled out in Honolulu by the middle of next week.

Have a great Friday (and weekend)!