25 Apr 2013, 6:34 am
Share:
Risk of Spring
I’ve seen a lot of head-shaking weather in my 30 years in Minnesota. Little surprises me anymore. Until this week. 51″ of snow at Duluth. In April? Snowiest month ever recorded; two times what fell all last winter in the Twin Cities – even more than during the November, 1991 “Halloween Superstorm”. Unreal.
Like you, I’m turning the page on winter. I just removed my driveway stakes (latest on record) & hauled my heaviest coats and sweatshirts into cold storage. I’m as ready for spring as everyone else.
Southwest winds at all levels of the atmosphere boost the mercury to 50F today, 60s on Friday; a good chance of low 70s by the weekend. 5″ snow on a Monday – sunscreen and shorts 5 days later? Sounds about right.
A stray shower is possible Friday, heavier rain may return to Minnesota Tuesday as cooler air approaches.
Twin Cities National Weather Service Chief Dan Luna is still predicting significant flooding for the Fargo area, but he adds: “Without a significant precipitation event triggering a basin wide melt, and the fact that some water has infiltrated the soils, the potential for record flooding decreases significantly south of the Grand Forks.”
If you live in an area that is flood-prone, especially during spring snowmelt season, you’ll want to stay alert over the next 1-2 weeks.

Cue Spring. A mild, relatively dry Pacific flow will boost the mercury about 35-40 degrees by Saturday and Sunday, when highs top 70 for the first time since late October. A wave of low pressure may spin up along an eastbound cool front by Tuesday of next week, potentially heavy showers and T-storms. GFS loop: NOAA. 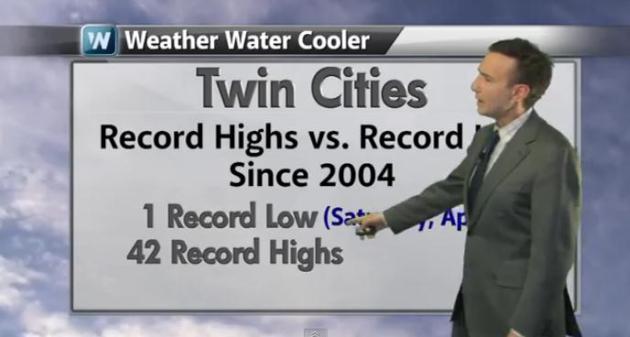 A Global Perspective. Cold and late-April drifts outside your window means worldwide warming is a joke, right? Not so fast. Unless you can see the entire Earth from your backyard window you might not want to jump to conclusions. Here is today’s edition of Climate Matters, courtesy of WeatherNation TV: “April has been chilly, 3 times more cold weather records than warm weather records. But how about the big picture? Meteorologist Paul Douglas looks at the temperature trends over the past 365 days.”

Worst Of Midwest Flood May Not Be Over. More details from USA Today: “Many tributaries of the Mississippi and Ohio rivers are forecast to reach, surpass or remain at major flood stage over the next several days. As of late Monday afternoon, more than 150 gauges were in flood stage across the USA, almost all of them in the upper Midwest.”

* Floods To Sideline Mississippi River Barges At Least Another Week. Reuters has the story here. 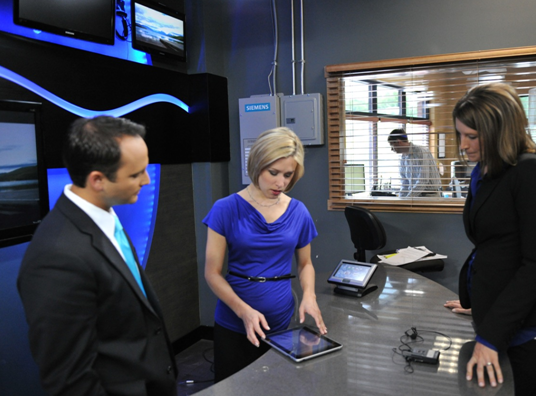 Can Just Anyone Claim To Be A TV Meteorologist? Here’s an excerpt of a New York Times Magazine response to a question about meteorological credentials. For the longest time the term “meteorologist” referred to someone who completed at least a 4-year Bachelor of Science degree. Now the term has become a bit murkier: “…According to the American Meteorological Society, a meteorologist, is “an individual with specialized education who uses scientific principles to observe, understand, explain or forecast phenomena in Earth’s atmosphere and/or how the atmosphere affects Earth and life on the planet.” The organization also says that those working in a professional capacity without formal education are merely “weathercasters.” But they add this caveat: “There are cases where an individual has not obtained a degree in meteorology or atmospheric science but has gained sufficient knowledge through coursework and/or professional experience to successfully fill professional positions. . . . These individuals can also be referred to as meteorologists.” This is where we get into trouble. At what point does the professional experience of being a lowly weathercaster transmogrify someone into a full-on meteorologist? It seems possible to put yourself in a position where referring to yourself as a meteorologist is technically accurate but actively misleading. And this gets to the crux of your query…”

The Photorealistic Atmosphere In Google Earth 7.1. This is pretty cool – if you use Google Earth now you can simulate what the atmosphere really looks like, based on sun angle, visibility and other parameters. Here’s an excerpt from gearthblog.com: “…The new feature is still being tested and may be a bit buggy, but can be enabled on your computer right now if you go to [Tools] –> [Options] –> “Use photorealistic atmosphere rendering“. To get a view similar to the image above, you need to do a few things.  First, of course, enable the photorealistic atmosphere.  Next, you’ll need to turn on the sun by using the [View] –> “Sun” option (or by clicking the sun icon at the top of the screen).  Lastly, to enable the sun to reflect on the water you’ll need to have the water surface enabled by going to [View] –> “Water Surface“…

The Changing Face Of News After Boston. We’ve gone from a media speech to a conversation. Twitter was especially powerful and timely during the horrific events that unfolded last week in Boston. Here’s an excerpt from a story at The San Jose Mercury News: “…But tweets coming from inside the police lines captured the essence and color of the breaking news, from officers in a dozen jurisdictions searching through backyards, police cars screaming through the night, explosions and a ferocious shootout in a normally placid residential neighborhood. Others — not professional journalists, necessarily — were mesmerized by what was coming over the police scanners and posted whatever they were hearing on Twitter. “If you want to know what happened in #watertown 5 hours ago, turn on TV,” read one tweet during that time. “If you want to know what’s going on now, turn on Twitter.” As Mark Little — CEO of the digital news platform Storyful — wrote in the aftermath, it was “a world where everyone is an eyewitness, where reporters no longer control the first draft of history.” The way coverage of the story developed, it was clear that a Rubicon had been crossed, and we were in a new world of news. ..” 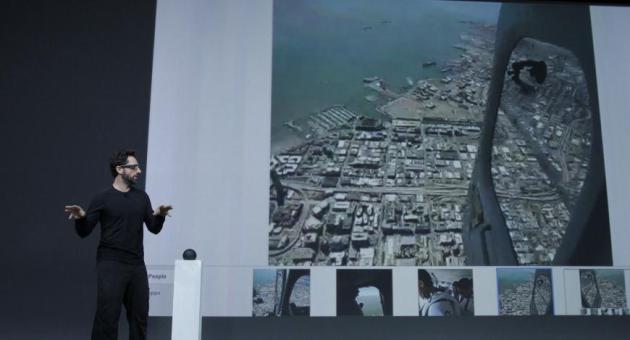 The Fun And Games Are Over. Even The Internet Has To Make A Living. Or as I like to say, if the product or service is “free” – YOU are the product (they’re selling your interests, preferences and likes to advertisers, etc). Here’s an excerpt of an interesting article at Quartz: “…Since the birth of the commercial web in the mid-1990s, Silicon Valley has been somewhat torn between the freewheeling culture of free services (as in ad-supported), free code (as in open source, thought this needs a large asterisk beside it), and even freemium business models (“come for the low-end product, stay and pay for the extended version”). One of the fundamental pillars of its growth has been the idea that fun things can make money, eventually. But, as you may have noticed, like a timeshare pitch where no one is buying, the free snacks and drinks and nights in a beachside condo are being taken away. Google raised a stink by sunsetting its apparently popular free Reader RSS service (I was one who yelled, using it daily), Twitter has continued pulling back connections that other services used in favor of its own, even announcing it is killing off most versions of its own client in TweetDeck, which it bought in 2011, on May 7. And aside from the revocations, companies are getting testier about their own products, hesitant to lose control or be seen as frivolous (read: unprofitable) by investors and shareholders…”

Photo credit above: “Are products like Google Glass freeing our world, or shackling it further?” AP Photo/Paul Sakuma. 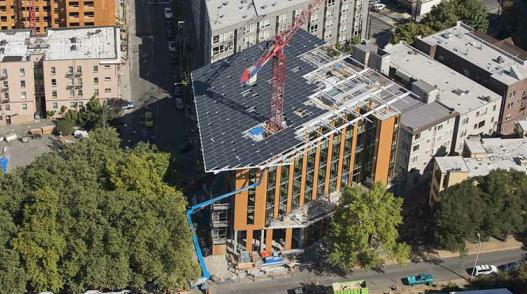 World’s “Greenest Commercial Building” Opens In Seattle. Gizmag.com has the details – here’s an excerpt: “The world of architecture figuratively doffed its cap to Earth Day on Monday with the opening of the Bullitt Center in Seattle. The Bullitt Center aims to meet the rigorous Living Building Design Challenge, which looks beyond design criteria and scrutinizes a building’s green credentials, including energy self-sufficiency, over the course of a year in use. But more significantly, its developers claim that the Bullitt Center is the greenest commercial building in the world…” 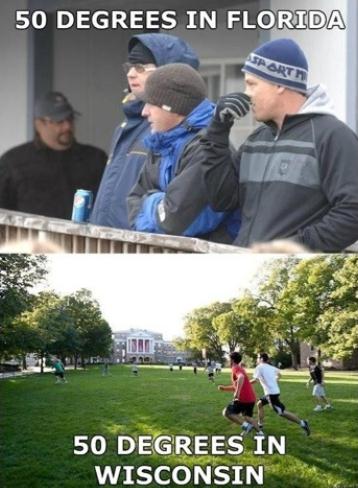 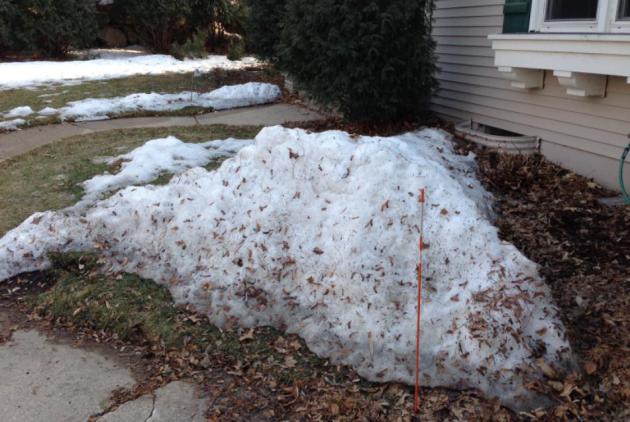 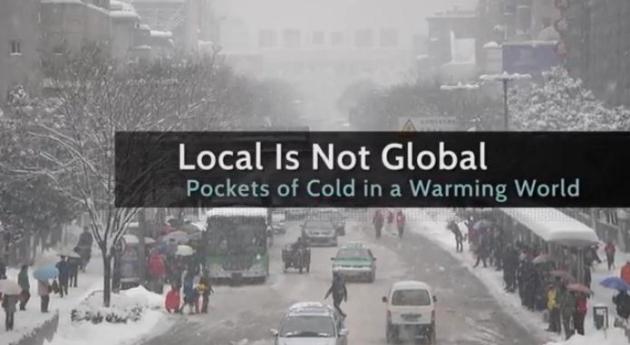 Pockets Of Cold In A Warming World. Here’s a good explanation of the difference between weather and climate from NOAA’s Climate Division. It’s tempting to look out the window and make global implications, but (stating the obvious) it’s a little short-sighted: “On any given day or any given month, somebody somewhere experiences colder-than-average temperature, even though the globe as a whole is warmer than average. We know this through climate monitoring, which entails measuring temperature on land and across the ocean.” 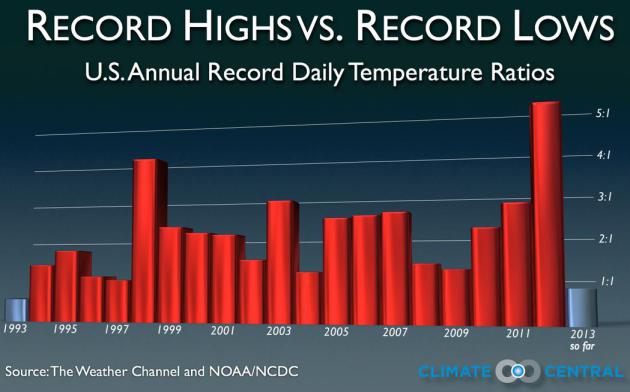 Ratio Of Record Highs to Record Lows Since 1993. 2012 was off-the-charts warm; more than 5 times more record highs than record lows across the USA. But that’s been the trend since 1994. We’ve gotten off to a chilly start – we’ll see if that trend lingers for the entire year. Graphic credit here. 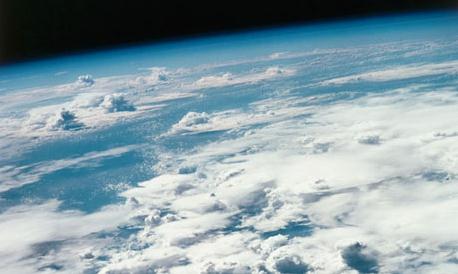 Why Is Reuters Puzzled By Global Warming’s Acceleration? There have been some misleading headlines in major publications in recent weeks, including The Economist and Reuters. Here’s some perspective from The Guardian: “The rate of heat building up on Earth over the past decade is equivalent to detonating about 4 Hiroshima atomic bombs per second. Take a moment to visualize 4 atomic bomb detonations happening every single second. That’s the global warming that we’re frequently told isn’t happening. There are periods when the ocean heats up more quickly than the surface, and other periods when the surface heats up more quickly than the oceans. Right now we’re in a period of fast ocean warming and overall, global warming is continuing at a very fast pace. The confusion on this subject lies in the fact that only about 2 percent of global warming is used in heating air, whereas about 90 percent of global warming goes into heating the oceans (the rest heats ice and land masses). But humans live at the Earth’s surface, and thus we tend to focus on surface temperatures. Over the past 10–15 years, Earth’s surface temperature has continued to rise, but slowly. At the same time, the warming of the oceans – and the warming of the Earth as a whole – has accelerated…”

Image credit above: “Oceans, such as the Pacific pictured here from space, are absorbing much of the warming the planet is currently experiencing.” NASA/ Roger Ressmeyer/ Corbis.

The Truth About Global Warming’s Famous “Slowdown”. Greg Laden has more at scienceblogs.com: “Dana Nuccitelli writes: “The rate of heat building up on Earth over the past decade is equivalent to detonating about 4 Hiroshima atomic bombs per second. Take a moment to visualize 4 atomic bomb detonations happening every single second. That’s the global warming that we’re frequently told isn’t happening.” That’s Dana’s opening paragraph in the inaugural blog post in a new two-person blog called Climate Consensus – The 97% which started up today at The Guardian. The other blogger is my friend John Abraham...”