Minnesota snow lovers may get an inexplicable urge to ski Roseau by Saturday. Test out the trails near Thief River Falls? Some models are printing out 1-2 FEET of snow for the Red River Valley. Residents of the Dakotas and the mountains of Wyoming and Montana may also get a chance to romp in the snow by late week. You remember snow, right?

I didn’t want to bury the lead.

Deep breaths. Windblown rain ends as wet snow late Friday and Friday night as a major, full-latitude trough of low pressure spins up an intense storm capable of 20-50 mph winds. This cyclone will be a subtle (yet blunt) reminder that we’re roughly 2 weeks away from “Meteorological Winter”, which runs from December 1 to March 1; historically the coldest 90 days of the year.

Peak Snuggling Season. Just trying to put a positive spin on this.

Relatively mild weather continues this week but as jet stream wind buckle a major storm tracks across the Plains, with rain changing to snow from west to  east during the day Friday. GFS differs from the “Euro” (ECMWF) in terms of which areas may see the heaviest snow. This far out that’s not unusual. If you’re traveling across the northern tier states from Montana to Minnesota you want to pay attention to the  latest forecasts on WNTV.

A transfusion of colder air will have much of America reaching for heavy jackets and coats (remember those?) by the weekend, but next week looks relatively quiet and storm-free. I don’t see any wild displays of rain, ice or snow capable of gumming up your travel plans. But I’ll keep on looking.

The European model prints out closer to 8-10″ for St. Cloud with a foot for Brainerd; a few inches into the Twin Cities metro. Yes, it’s too early to have a high confidence level of any solution right now, but I wanted to show you range in snowfall predictions.

Here’s an excerpt from The New York Times: “…The meteorological organization found that global temperatures from January to September were about 0.88 degrees Celsius (1.58 degrees Fahrenheit) above the average for the years from 1961 to 1990, a period the organization uses as a baseline. Temperatures spiked early this year because of the weather phenomenon known as El Niño, which exacerbated coral reef bleaching, which is caused by water that is too warm, and a rise in sea levels. “Preliminary data for October indicate that they are at a sufficiently high level for 2016 to remain on track for the title of hottest year on record,” the organization said. That would mean that 16 of the 17 hottest years on record have been in the 21st century. The other one was 1998...”

Interactive data for 2015 courtesy of The New York Times.

2016 will be the warmest year ever recorded, worldwide. The Guardian has a country-by-country list of some of the impacts; here’s a clip: “…French winemakers joke about harvesting grapes on skis. But Fredrik Slotte, 36, who has 850 vines on his farm in Finland, has the last laugh. Last autumn at a festival in the US his sparkling wines won a gold medal, beating competition from 2,000 wines from 12 countries, including French champagne. “It is great to see that Finland can compete in blind tastings with France,” Slotte said. This summer has been a particularly good one for grapes on the Baltic island of Åland, where Slotte has his vineyard…”

The Guardian reports: “Floods, earthquakes, tsunamis and other extreme natural disasters push 26 million people into poverty each year and cost the global economy more than half a trillion dollars in lost consumption, the World Bank has said. A bank study of 117 countries concluded that the full cost of natural disasters was $520bn (£416bn) a year – 60% higher than any previous estimate – once the impact on poor people was taken into account…”

Why Extreme Weather Is The New Normal

Here’s the intro to a story at theweek.com: “This year, the U.S. has had 12 billion-dollar disaster events — floods, wildfires, hurricanes, severe storms, and droughts that each caused more than $1 billion worth of damage. Adjusted for inflation, there were on average only about two such events a year in the 1980s, five a year in the 1990s and 2000s, and almost 11 a year between 2010 and 2015. The flooding in Louisiana in August was the country’s eighth “once-in-every-500-years” weather event in a little over 12 months. Wildfires in California and other parts of the West grew at a rate of 90,000 acres a year between 1984 and 2011; in Alaska, four of the 10 worst fire seasons on record have occurred since 2004. The U.N. has calculated that the number of severe storms, floods, and heat waves worldwide is five times greater than it was in 1970; the World Bank estimates that extreme weather today affects 170 million people a year, up from 60 million three decades ago…”

NASA and FEMA Rehearse For The Unthinkable: An Asteroid Strike on Los Angeles

No, don’t sweat La Nina, in light of the (theoretical) 330 foot wide asteroid heading toward LAX. It’s not real, not yet, but federal agencies are war-gaming what would happen if it was the real deal. The New York Times reports: “Imagine if scientists discovered that an asteroid was hurtling toward Los Angeles. The possibility has existed on the pages of Hollywood scripts. But in what may be a case of life imitating art, NASA, the Federal Emergency Management Agency and other government agencies engaged last month in a planetary protection exercise to consider the potentially devastating consequences of a 330-foot asteroid hitting the Earth. The simulation projected a worst-case blast wave by an asteroid strike in 2020 that could level structures across 30 miles, require a mass evacuation of the Los Angeles area and cause tens of thousands of casualties...” 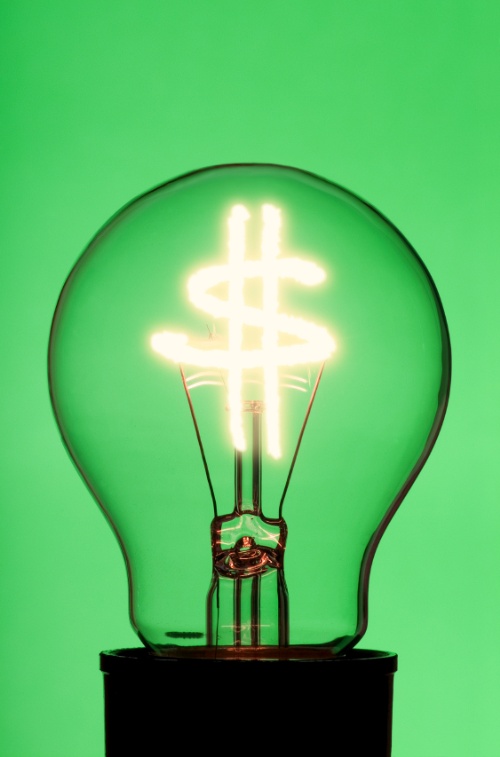 The One Energy Policy Republicans and Democrats Can Agree On

Here’s an excerpt of an interesting and timely article at The Wall Street Journal: “…This sort of energy innovation will be key to solving the climate challenge. While clean-energy technologies like solar and wind are becoming increasingly cost competitive with fossil fuels and can scale up quickly, more is needed if we are to limit the average global temperature rise to 2 degrees Celsius. We will still need government support to invest in developing new technologies. Many potential technologies are on the horizon. Solar paint on windows and buildings could soak up the energy of the sun. And new grid-scale energy-storage technologies could enable intermittent renewable energy sources like wind and solar to take a greater share in the power generation mix by delivering their electricity to the grid even when the sun is not shining and the wind is not blowing…”

Here’s the intro to an update from The Center for Climate and Security: “In the wake of last week’s election, the Center for Climate and Security is delivering a Briefing Book for a New Administration to the President-elect. The book of recommendations was developed by the Climate and Security Advisory Group (CSAG), a voluntary, non-partisan group of 43 U.S.-based senior military, national security, homeland security, and intelligence experts, including the former Commanders of U.S. Pacific and Central Command, and former Special Assistant to President Reagan for National Security Affairs. Climate change presents risks that must be managed, no matter one’s political perspective...”

Bloomberg reports: “Global temperatures continue to shatter records this year, rising to within less than one degree of the level that scientists say would be catastrophic, according to the United Nations. During the first nine months of the year, temperatures were 1.2 degrees Celsius (2.16 degrees Fahrenheit) above those recorded at the end of the 1800s, the UN’s World Meteorological Organization said in a report Monday. If the Earth warms more than 2 degrees beyond those pre-industrial levels, scientists have warned that climate change could hit an irreversible tipping point, unleashing a torrent of floods, droughts and storms…” 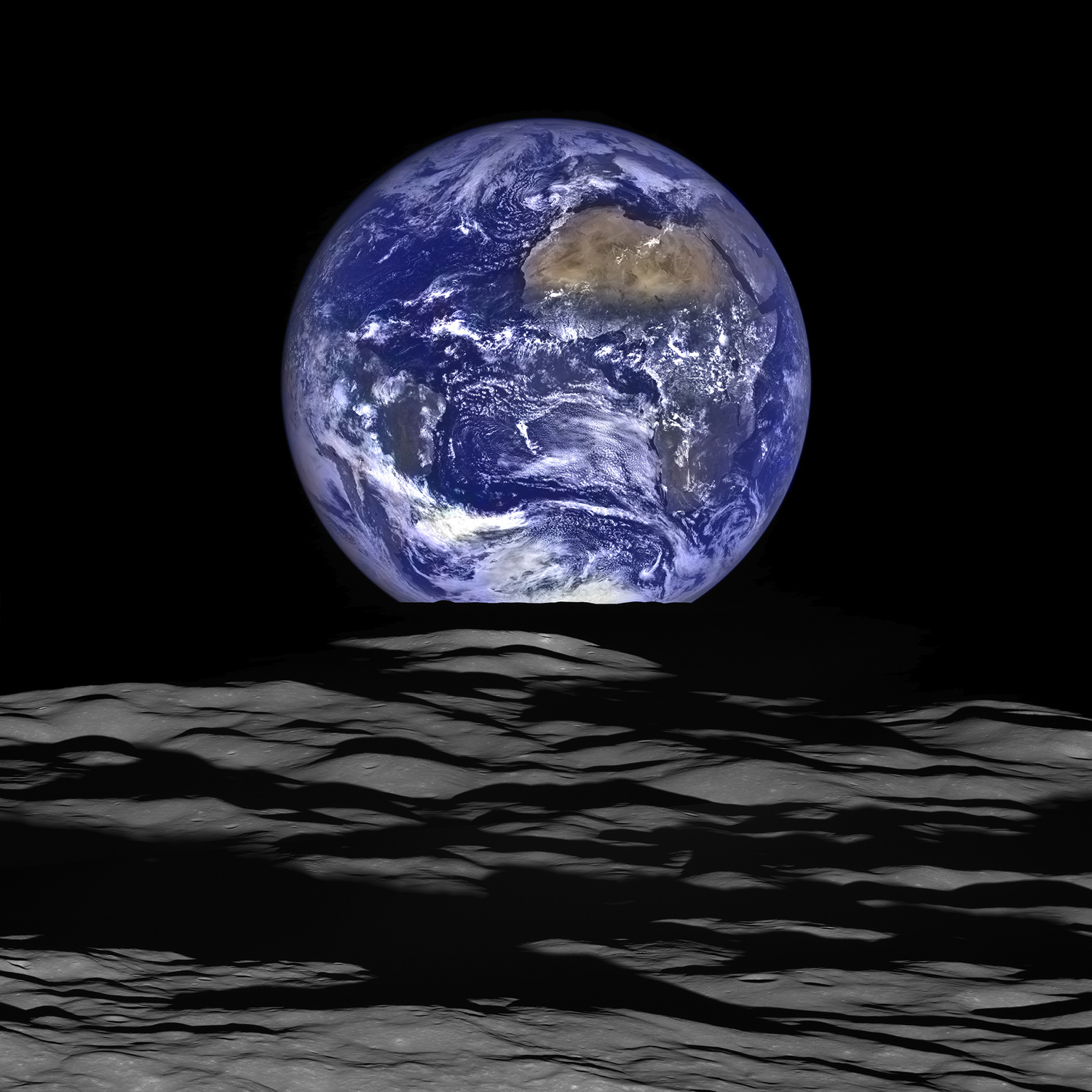 Religious Environmentalists Gird Themselves for a Trump Presidency

Here’s the intro to a story at Religion News Service: “For environmentalists who ground their work in faith, Donald Trump in the White House presents an unexpected and direct challenge to what they consider their God-given responsibility to care for Creation. And they fear that of all the changes a Trump presidency will bring, his dismissal of climate change could be the most far-reaching and damaging. Trump has deemed climate change a “hoax.” He said he wants to ignore the Paris climate accords. And he has indicated that he would roll back President Obama’s efforts to reduce methane, carbon and other pollutants...”

Big Question on Climate Crisis: How to Inspire Innovation

The solutions to make us more resilient, relying on less carbon to fuel the economy and our daily lives, will come from thousands of new companies focused on solutions. How best to turn up the dial on reinvention? Here’s a clip from The New York Times: “…Around the world, energy innovation seems to be speeding up. Large historical forces are converging to create unprecedented turmoil and opportunity in what had long been one of the most hidebound industries. The changes are coming just as governments have finally resolved, after two decades of failed efforts, to tackle the global climate crisis. The emissions that cause global warming have already fallen in some of the biggest countries, including the United States. Yet none of it is happening fast enough. Experts say that to forestall the worst effects of global warming, emissions need to drop by 80 percent or more globally by 2050, a mere 34 years from now...”

Inverse has the story; here’s the introduction: “When Donald Trump was announced as the next U.S. president, it likely meant the end of the United State’s leadership role in the global fight against climate change. As a result, we could see the rise of a new country leading the fight against climate change: China. China has been working diligently with the Obama administration during its final days to make headway following the 2015 Paris Climate Agreement. The United States and China are two of the world’s biggest polluters and when the two countries decided to team up, it helped to spur the agreement that is currently supported by nearly 200 countries...”

Photo credit: “China has been working to reduce the smoggy conditions that plague Beijing.”