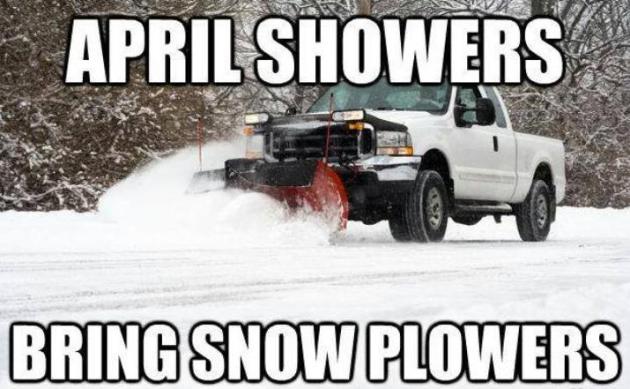 * 19″ of snow reported in Isanti, MN – meanwhile only 0.3″ at the MSP airport. Remarkable. Even more remarkable is that the towns are only about 40 miles away from each other!

All Or Nothing. I can’t remember the last time I saw a snowfall gradient this impressive across the Twin Cities. In the span of 30 miles you go from a slushy coating to nearly a foot. The northern and western suburbs got clobbered by snow Wednesday; an icy mix of rain, freezing rain and sleet kept amounts much lower south of Minneapolis and St. Paul. The latest snowfall reports are here and here. I pray this is the last time I have to include these links until sometime in October or November. 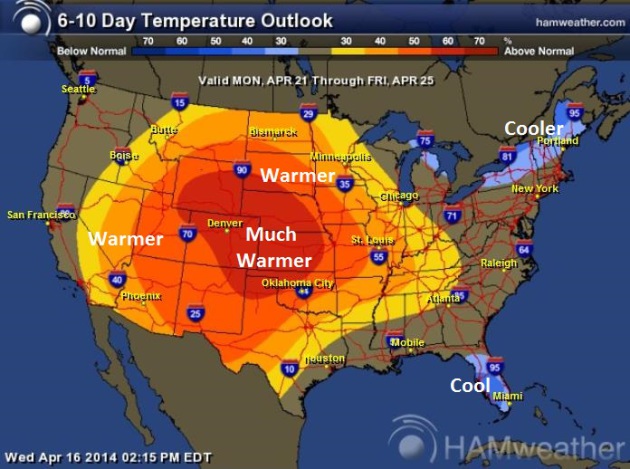 New Concept: “Warmer Than Average”. I can’t remember the last time I saw a map like this – last autumn perhaps. NOAA CPC is predicting a warm bias from the Rockiest to the Mississippi much of next week. That will mean 60s and 70s over the Upper Mississippi Valley, with a few 80s to near 90F over the central Plains. Map: NOAA and HAMweather. 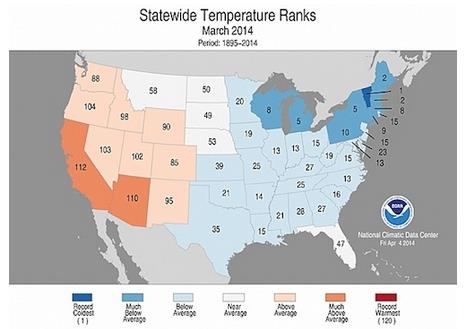 March Was The Coldest In U.S. Since 2002. Climate Central has all the details; here’s a clip: “…For the lower 48 as a whole, this March was the coldest on record since 2002 (though it ranks as only the 43rd coldest in the longer-term records), according to the latest State of the Climate update from the National Oceanic and Atmospheric Administration (NOAA), released Tuesday. The average national temperature for the month was 40.5°F, 1°F below the 20th century average for the month. The Great Lakes and Northeast saw the coolest conditions, and Vermont actually saw its coldest March on record, with temperature 8.9°F below average…” (image credit: NOAA). 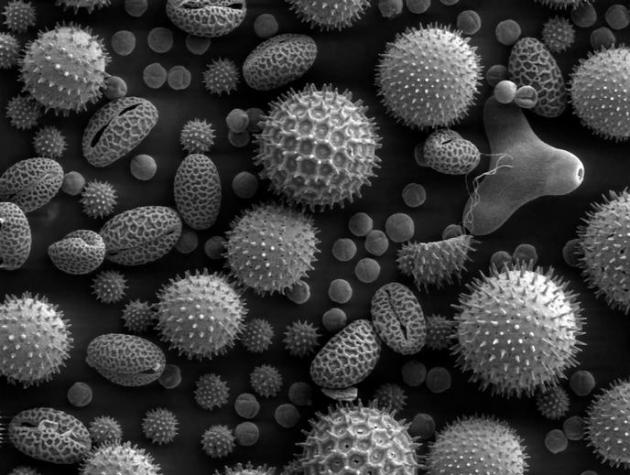 From Polar Vortex To Pollen Vortex? 45 million Americans may be doing more spring sneezing and wheezing than usual, no thanks to an abrupt end to the Polar Vortex in the coming weeks. Here’s an excerpt of a good explanation from Mother Jones: “…The long winter, the particularly cold weather, it all pushed the pollen season back quite a bit,” says Estelle Levetin, the chair of the biology department at the University of Tulsa. Individual flowering trees probably aren’t producing more pollen, Levetin says—but they’re all dumping their pollen at once, making this allergy season particularly difficult for people who are sensitive to more than one type of pollen…” (Pollen file photo: Wikipedia). 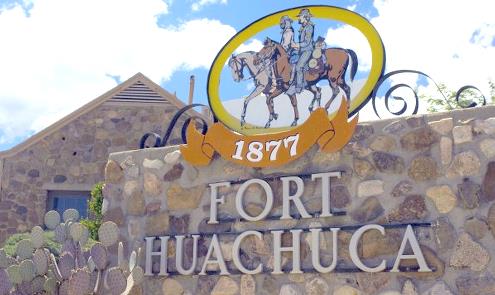 Largest Solar Array For Department of Defense Coming to Arizona Army Base. Take advantage of free energy, especially in sun-drenched Arizona? Seems like a pretty good idea and the Defense Department is testing new ways to keep the lights on. EcoWatch has the story; here’s a clip: “A U.S. Army base near the Mexican border will soon be home to the U.S. Department of Defense’s largest solar array on a military installation. The U.S. Army announced Monday that Fort Huachuca, in Southeast Arizona’s Cochise County, on April 25 will break ground on a solar array with panels that collectively will provide one quarter of the base’s electricity needs…”

Photo credit above: “Fort Huachuca in Arizona will soon be home to the U.S. Department of Defense’s largest solar array on a military installation.” Photo credit: U.S. Army. 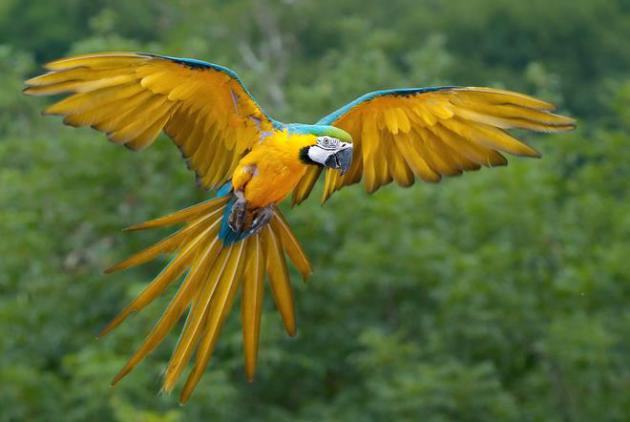 Parrots Name Their Children For Life. Robert Krulwich has the details in this piece that ran on NPR; here’s an excerpt: “…”Most people say, ‘Well, all those calls are just noise,’ ” Karl told Virginia Morell, but “I think they’re having conversations.” Berg has listened to so many parrots in so many nests for so long, he has that weeks after birth, these little birds begin to use very specific peeps to identify themselves to others. Not only that, they learn the peeping “names” of their parents, brothers, sisters, and use them in conversation, as in, “Peep-duh-dee-Peep, is that you?“… (File photo: Wikipedia). 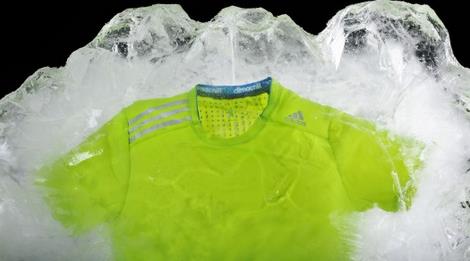 “Climachill” Cools Athletes In Hot Weather. Can I get boxers made out of this material? Inquiring minds want to know. Here’s an excerpt from Gizmag: “The sports apparel market has no shortage of solutions for cold weather, with waterproof-breathable materials, advanced natural and synthetic insulations, and battery powered heat among them. But athletes have fewer options in hot, humid weather: take off clothing, get a cold headband/cloth, or stop exercising and find an air conditioner or pool. Adidas offers one more. Its new Climachill fabric combines several cooling elements to keep athletes more comfortable during hot summer sessions...”