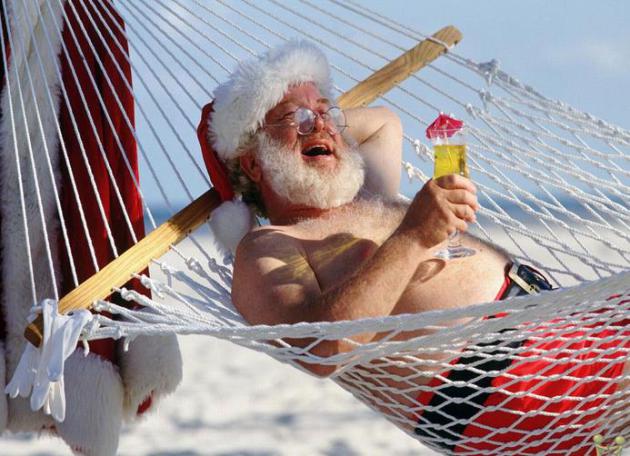 Frozen Jingle BellsThe snow-globe vision outside my window is right out of a Norman Rockwell painting. So why does I-394 merging into I-94 in Minneapolis look like the trailer for a Steven King horror flick? Simple. It’s too cold for MnDOT chemicals to work effectively. Black ice is a much bigger threat at 5-10F than it is at 20-25FWe’re studying the economic feasibility of a retractable dome over the MSP metro area; until then all we can do is slow down – and leave more time to get around town.I’m forecasting the whitest Christmas since we woke up to a whopping 19 inches of snow on December 25, 2010. If you’re keeping score: 5 Christmases since 2001 have had an inch of snow or less.When it’s this cold air puffs up between snowflakes, like feathers in a down comforter. Easy to get off your sidewalk, but prone to being compressed by traffic into glaze ice.Today will bring our your inner survivalist: single digit “highs”, a chill factor near -15F. Double digit negative numbers early tomorrow, then a period of snow Christmas Eve. Expect 2-3 inches, heavier amounts east of St. Paul, maybe 4-6″ for Wisconsin.People keep asking me when we’ll pull out of this Deep Freeze. That’s an easy one.April.

Future Radar. NAM model guidance shows the storm that crippled much of the central USA with heavy snow and ice pushing into eastern Canada, a brief break today before the next clipper-like system pushes moisture up and over the arctic dome over Minnesota, resulting in a burst of snow late Tuesday. Loop: NOAA and Ham Weather. 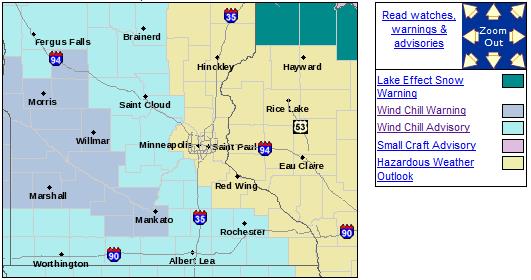 Windchill Advisories And Warnings. Take the cold seriously over the next 24 hours. Advisories have been upgraded to warnings over much of west central and southwestern Minnesota, where it may feel like -40F at times. Serious cold. Map: Twin Cities National Weather Service; details here. 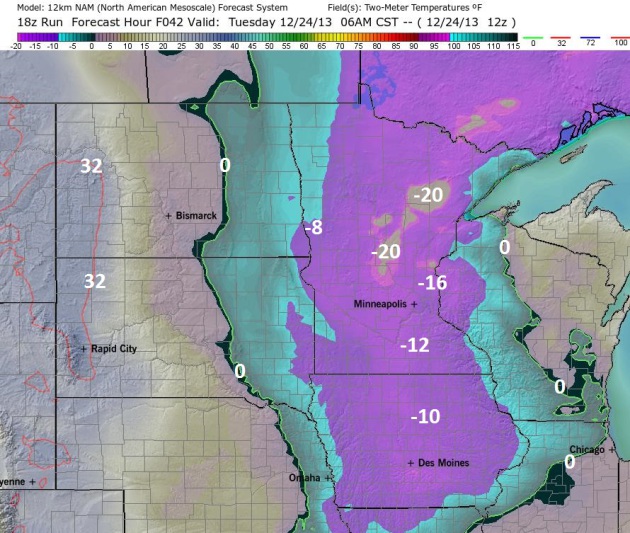 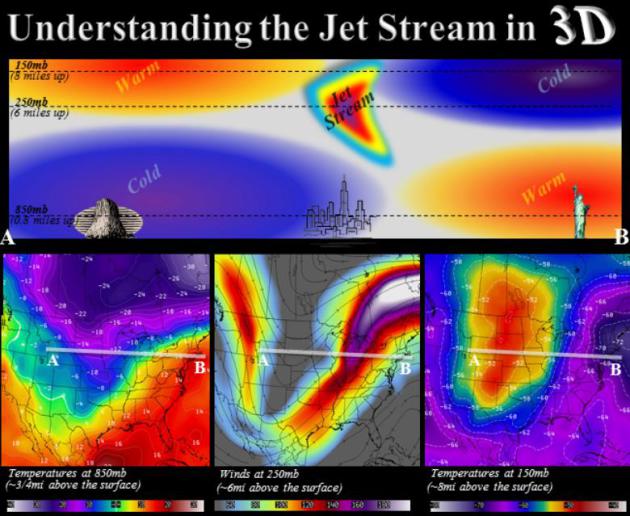 Jet Stream Explainer. The Twin Cities National Weather Service created the graphic above, showing the location of the jet stream via a “cross-section” in 3-D. The greater the north-south temperature gradient, the faster winds aloft have to blow to keep the atmosphere in equilibrium. When the core of the jet is directly overhead one manifestation is a higher risk of turbulence for aviation. 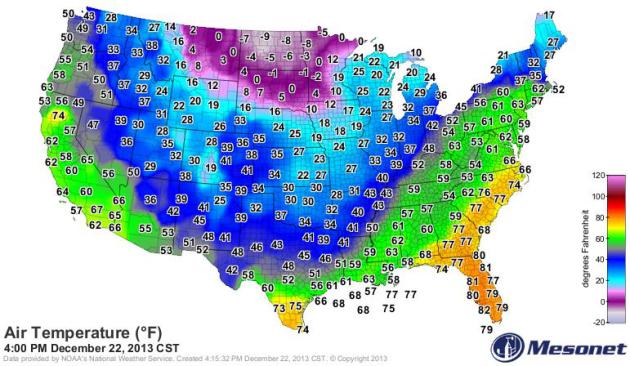 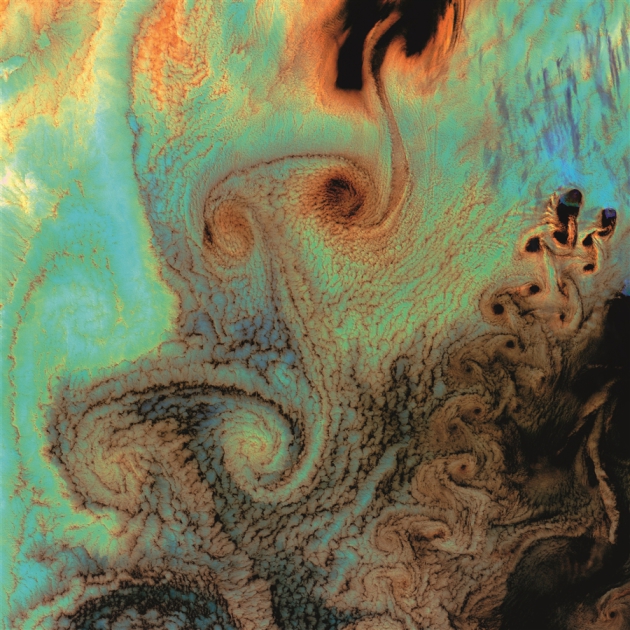 “Alien Clouds” Swirl Over The Alaskan Aleutian Islands. This entry caught my eye at the NBC News PhotoBlog; here’s an excerpt: “Spooky clouds that swirl over Alaska’s Aleutian Islands look as if they came from Jupiter — and it turns out that the same phenomenon is at work on both planets. This satellite view, captured by Landsat 7 in 2002, shows the pattern of atmospheric eddies that’s characteristic of a “Karman vortex street.” On Earth, these powerful chains of swirls arise when air flows over and around objects in its path. The Landsat 7 image is color-coded to indicate temperature variations and the size of raindrops in low-altitude clouds as they sweep over the Aleutians. On Jupiter, such vortices are generated by turbulence in the bands of clouds whipping around the giant planet...”Photo credit above: NASA / USGS via Abrams. “Clouds swirl over the Aleutian Islands in a pattern known as a Karman vortex street, as seen in a Landsat 7 satellite image from July 4, 2002.” 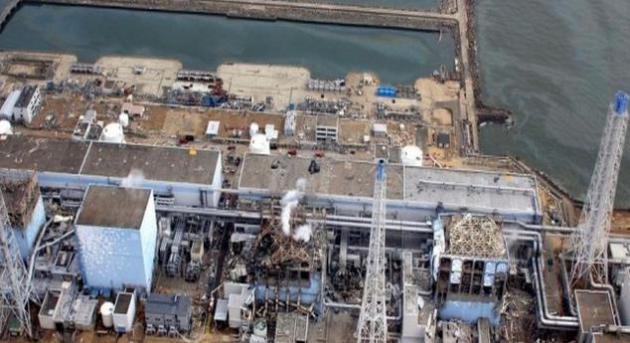 Navy Sailors Giving Aid To Japan After Tsunami Poisoned By Nuclear Fallout. Why haven’t I heard more about this in the popular media? Here’s an excerpt fromguardianlv.com: “Navy sailors that were on a humanitarian mission in Japan which provided aid proceeding the March 11, 2011 tsunami, were poisoned by the nuclear fallout contained in the waters while aboard the aircraft carrier, the USS Ronald Reagan.  The storm blew toward them from Fukushima, whose nuclear power plant was melting down after an earthquake caused a tsunami that flooded the plant and ultimately took the lives of 19,000.  When the storm’s path crossed that of the ship, crew member Lindsay Cooper “felt this warm gust of air, and suddenly it was snowing.” The sailors on board weren’t aware that the snow falling down on them was a mixture of cold ocean air and radioactive steam, which was emitted from the nuclear reactor that melted down after power failures caused by the tsunami caused cooling equipment to fail…”

The Case Against Multivitamins Grows Stronger. Here’s a clip from a story at NPR: “…Evidence continues to mount that vitamin supplements don’t help most people and can actually cause diseases that people are taking them to prevent, like cancer. Three studies published Monday add to multivitamins’ bad rap. One review found no benefit in , heart disease or cancer. Another found that taking multivitamins did nothing to stave off with aging. A third found that didn’t help people who had had one heart attack avoid another. “Enough is enough,” declares an accompanying the studies in Annals of Internal Medicine. “Stop wasting money on vitamin and mineral supplements...” 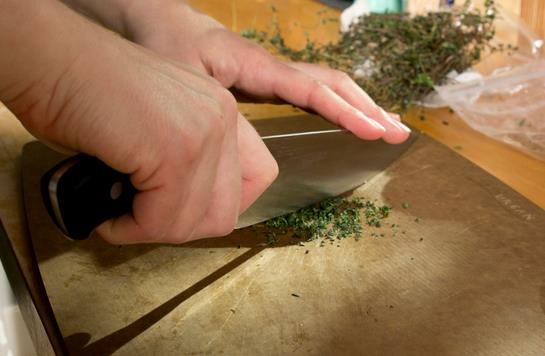 Eco-Friendly Holiday Tips: Surprising Ways To Make Your Family Time More Sustainable. A few good ideas can be found in this story at Huffington Post; here’s the intro: “For many people, the holiday season is about more than just religion. It is a time to contemplate the morals we value as a society. These concepts are explored through actions, by swapping gifts, giving donations and making sure to spend time with friends and family. Yet a major component of the holiday mindset is showing gratitude for the world around us. One of the best ways we can do this is by not only showing compassion and appreciation for our loved ones, but by making sure our holiday is as sustainable as possible…”