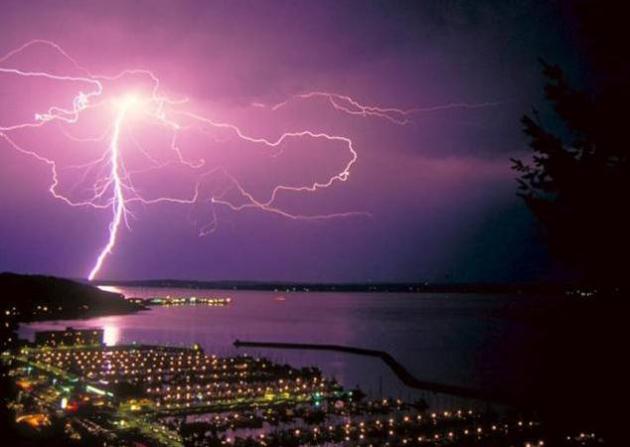 Extreme Rain Doubled In Midwest: Climate Study. No, the rain is not falling as gently as it did for your grandparents. Here’s an excerpt from a breaking climate-news study at Planet Ark: “The number of extreme rainstorms – deluges that dump 3 inches or more in a day – doubled in the U.S. Midwest over the last half-century, causing billions of dollars in flood damage in a trend climate advocates link to a rise in greenhouse gas emissions. Across the Midwest the biggest storms increased by 103 percent from 1961 through 2011, a study released by the Rocky Mountain Climate Organization and the Natural Resources Defense Council reported on Wednesday. States in the upper Midwest fared worse than those in the south part of the region, the study found, with the number of severe rainstorms rising by 203 percent in Wisconsin, 180 percent in Michigan, 160 percent in Indiana and 104 percent in Minnesota.” 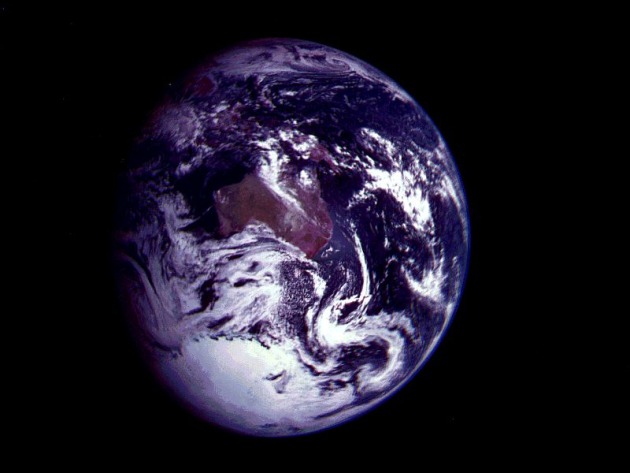 Australia Has Hottest 60 Years In A Millenium. The story from the U.K. Guardian; here’s an excerpt: “The last 60 years have been the hottest in Australasia for a millennium and cannot be explained by natural causes, according to a new report by scientists that supports the case for a reduction in manmade carbon emissions. In the first major study of its kind in the region, scientists at the University of Melbourne used natural data from 27 climate indicators, including tree rings, corals and ice cores to map temperature trends over the past 1,000 years.” 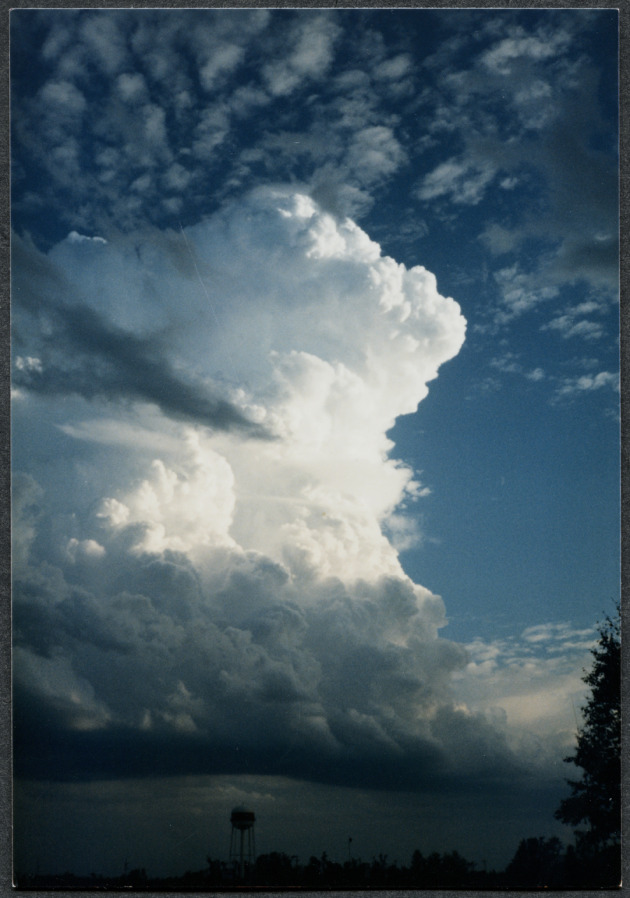 How much does a large thunderstorm cloud weigh? It must contain a lot of water. Here’s a great question, and a thorough answer, from Dr. Mark Seeley’s weekly WeatherTalk blog:
Answer: “Thomas Schlatter, a NOAA scientist and contributor to Weatherwise magazine addressed this question in a past issue. Of course the answer is highly dependent on cloud volume. But consider a cumulus cloud with a volume of one cubic mile (1 mile wide, 1 mile long, and 1 mile deep) and a water content of 1 gram/cubic meter. This would calculate to a weight of about 9 million pounds (nearly 1.1 million gallons). That’s quite a load to remain suspended in the atmosphere, but of course it does, primarily because of the droplet size and the updraft winds that hold these water droplets aloft until they reach a critical mass.” 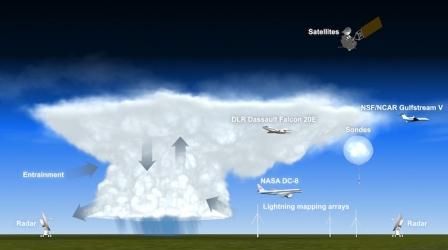 Major New Project Targets Mystery Of Thunderstorms. Here’s a clip of an informative article from meteorologist Andrew Freedman at Climate Central: “A multifaceted air and ground-based scientific field campaign is underway in the Central and Southern U.S., with about 275 scientists, pilots, and technicians out to solve meteorological mysteries about how thunderstorms affect the chemistry of the upper atmosphere. The 45-day field campaign, known as the Deep Convective Clouds and Chemistry Project, or DC3, could help climate scientists fine tune their computer models and improve simulations of global warming. The project, which involves experts from the National Oceanic and Atmospheric Administration (NOAA) and NASA, along with researchers from Germany and numerous universities, employs a wide array of assets, including ground-based research radars, sophisticated lightning mapping arrays, as well as three heavily-modified research aircraft that will help measure changes in atmospheric chemistry before, during, and after thunderstorms move through a particular region.”

Graphic credit above: “Diagram of the field campaign’s research platforms gathering data on a thunderstorm. Click on image for a larger version.” Credit: NCAR. 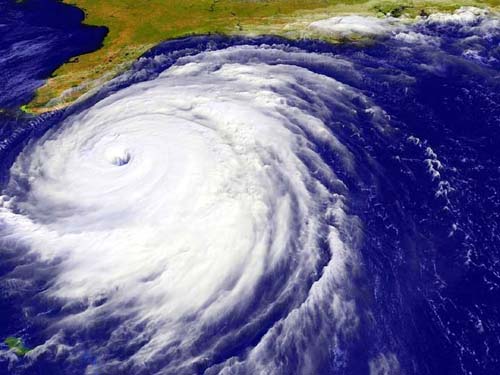 Experts To Test Earlier Hurricane Forecasts. Details from The Palm Beach Post; here’s an excerpt: “Buoyed by the increasing accuracy of its three- and five-day forecasts, the National Hurricane Center will test six- and seven-day forecasts this storm season. Those forecasts, however, won’t be made public anytime soon. And Gov. Rick Scott says he hopes forecasts of any length won’t matter for Florida this year. “I hope we continue the plan of not having any hurricanes,” Scott told Wednesday’s opening session of the Florida Governor’s Hurricane Conference. No hurricanes have made landfall in the state in six storm seasons. The six- and seven-day forecasts would pick up on work the hurricane center started last year. It stopped because of budget cuts – and because some forecasts were leaked to the public before they were ready.” 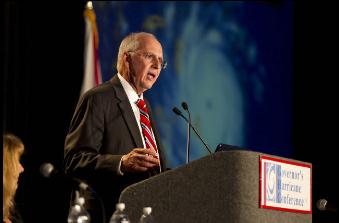 Hurricane Center Recalls Monster “Andrew”. Here’s a snippet from a story at The Miami Herald: “In this age of smart phones, Twitter and a 24/7 news media, every tropical wave rolling off faraway Africa is almost as closely monitored as a Kardashian sister shopping on South Beach. Things were a lot different 20 hurricane seasons ago, when a weak little system named Andrew meandered toward the Bahamas, not getting a whole lot of attention until it morphed overnight into a Category 5 killer, one of the strongest storms on record. South Florida had just two days of high alert to hunker down for what would become one of the costliest natural disasters in United States history, a catastrophe that exposed gaping holes in emergency planning.”

Photo credit above: “Max Mayfield gives some first hand accounts of his experiance during Hurricane Andrew to an audience of weather experts and emergency managers as they look back at how Hurricane Andrew changed what they do. The 20th anniversary of the big one is a main topic at the annual governor’s hurricane conference in Lauderdale. C.W. Griffin / Miami Herald Staff.” 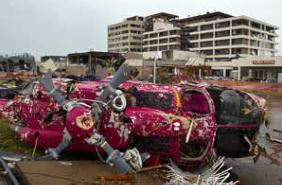 Storms Of 2011 Among Most Costly Storms Ever, Insurers Report. KansasCity.com has the story; here’s an excerpt: “Last spring’s storms — including deadly tornadoes in Joplin, Mo., and Tuscaloosa, Ala. — ranked among the most damaging events to property in U.S. history, an insurance industry report said Wednesday. Collectively, 2011’s tornadoes, hail and winds inflicted $21.3 billion in insured property damage in a few months, the report from the New York-based Insurance Industry Institute said. The total ranks fourth, behind the $24 billion associated with the Sept. 11 terrorist attacks in 2001, the $25 billion in losses from Hurricane Andrew in 1992 and the $47.6 billion in damage from Hurricane Katrina in 2005.”

Photo credit above: “The medical helicopter at St. John’s Hospital was tossed into the in the parking lot after a tornado on May 22, 2011, swept through the center of Joplin, Mo., causing widespread damage.”

Minnesota Off-Road Cyclist Weather Blog. Kudos to WeatherNation TV meteorologist Kristin Clark for launching a new blog, marring two of her passions: mountain biking and meteorology. Here’s a snippet: “The science behind riding a bicycle is not very well understood.  At first this might seem odd or even trivial but consider this: scientists understand airplanes better than bicycles!  A bike is an extremely complex object.  It would take 30 pages of equations to describe just how mass, geometry, inertia, etc. interact together on a bike.  You would think after 200 years we would have this figured out.  Well, one such scientist (and bike enthusiast) is determined to get to the bottom of it.”