Northward Shift In The Jet Stream. GFS guidance shows a big cool-down over New England, instability showers lingering much of the weekend. A few showers and heavier T-storms may drop badly-needed rain on Texas and the southern Plains early next week – an advancing warm front sparking T-storms for Minnesoeta and Wisconsin Monday. Showers brush far northern California, but I still don’t see any rain for central and southern California, where the wildfire risk remains off the scale. Loop: NOAA and HAMweather. 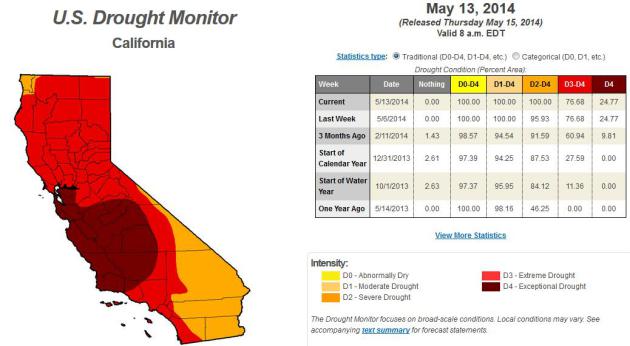 All of California in Severe Drought For First Time This Century. USA Today has details on the fire threat, water shortages and deepening drought – here’s a clip that caught my eye: “…Svoboda calls the current drought once in a generation; the most comparable recent one would be the drought of 1976-77. But the impacts today are more intense because the state’s population has doubled since then while the state’s water supply has remained fixed, he said. Svoboda said the only other California drought similar to today’s was during the 1920s. But the state’s population then was 1/10th of what it is now…” 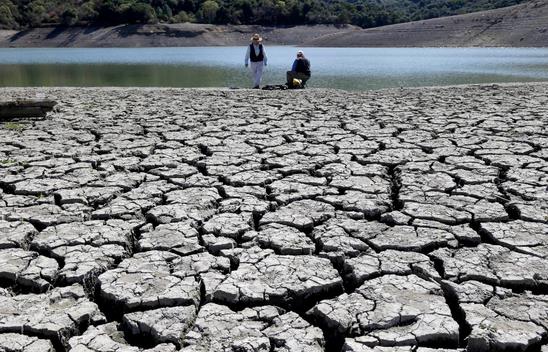 Entire State of California Facing Worst Drought Since Tracking Began. Time.com has an update on the drought and wildfire risk, which just keeps getting worse with each passing day; here’s an excerpt: “The entire state of California is suffering the most intense drought since the federal government began monitoring drought levels in 2000. Wildfires in the south have burned down at least 30 homes, in an “unprecedented” intensity, climatologist Mark Svoboda said. The entire state of California is facing a “severe” drought or worse for the first time since tracking began in 2000, according to the federal U.S. Drought Monitor…”

Photo credit above: “Cracks in the dry bed of the Stevens Creek Reservoir in Cupertino, Calif., on March 13, 2014.” Marcio Jose Sanchez—AP. 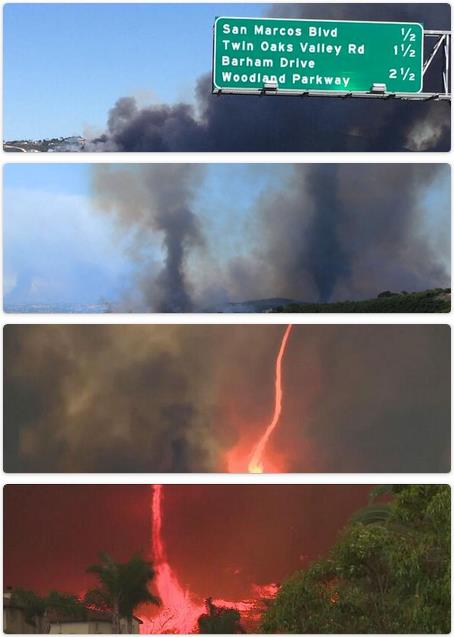 The Science Behind The Amazing, Terrifying Firenadoes in California. Meteorologist Eric Holthaus has a good explanation at Slate; here’s an excerpt: “…“Firenadoes,” like those shown above (and in video, here) are actually fairly common in intense wildfires. Here’s the science: Fires obviously generate a lot of heat, and heat rises. Heated air rises even faster when surrounded by relatively cooler air on the edges of major fires, and vortexes can form in particularly strong updrafts. If those vortexes contain flame, you’ve got yourself a firenado…” 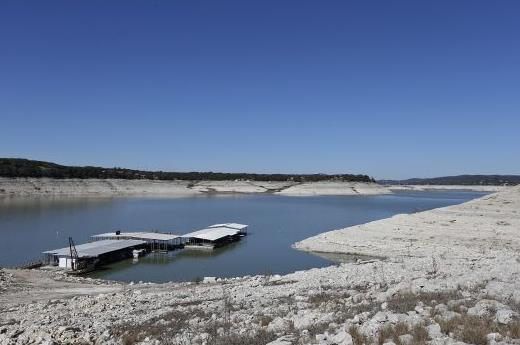 Drought Among The Worst In Texas In Past 500 Years. Here’s an excerpt from a story at The Houston Chronicle: “Will record-breaking droughts become the “new normal” for South Texas? That question was posed by the state Climatologist John Nielsen-Gammon at a meeting of the Edwards Aquifer Authority board Tuesday. The current drought, which started four years ago, is among the five worst in the past 500 years, he said. If it continues to be as dry as it is has been, the drought could be the third worst…” 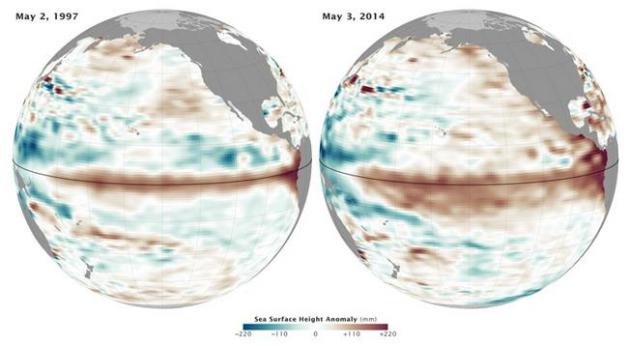 The Rise of El Nino in One Swell Image. The probability of a potentially significant El Nino warming phase has risen to 65% – here’s an excerpt from an update at Climate Central: “El Niño gawkers, rejoice. A new set of imagery provides an unmistakable view of the El Niño conditions that appear to be developing.  On Tuesday, NASA’s Earth Observatory released a map showing ocean heights in the tropical Pacific in early May compared to May 1997, the year an El Niño formed against which all other El Niños are measured. That year’s El Niño helped fuel extreme weather around the globe and contributed to 1998 being one of the warmest years in recorded history…”