Nearly a half million Entergy customers are without power this morning, mostly in Louisiana in the southeast area of the state. View an updated map of power outages in  by clicking here.

A levee has been topped in Plaquemines Parish this morning. Emergency management is reporting some areas near Belle Chasse are under 12′ of water, and evacuations are underway.

Isaac made two landfalls within the past 24 hours. The first was near the mouth of the Mississippi River Tuesday evening. Isaac then wiggled westward back into the Gulf of Mexico before making landfall again this morning in Port Fourchon, LA.

Isaac should weaken throughout the day, becoming a tropical storm later in this evening has it slowly moves farther into Louisiana.

The good news out of any of this is that areas that need the rain should likely see it over the next few days, with 3+” possible from Arkansas through the Ohio Valley. 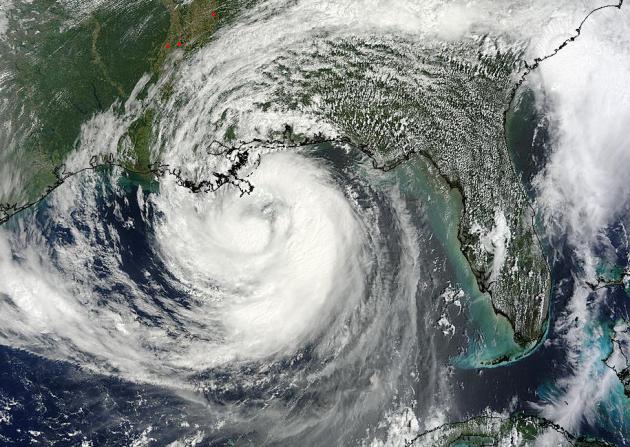 The view of Isaac from NASA’s Modis satellite Tuesday was amazing. Dry air wrapping into the circulation kept Isaac sputtering along for much of Sunday and Monday, but the concentric shape Tuesday afternoon was a tangible sign that Isaac was (finally) getting its act together, and intensifying. 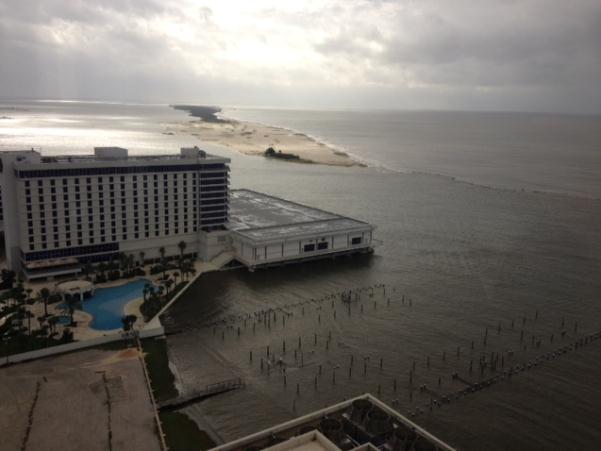 Professional storm chaser Reed Timmer @reedtimmerTVN snapped this photo of the Bea Rivage Casino in Biloxi Tuesday morning as Isaac’s storm surge pushed tides up 2-4 feet out ahead of the storm. 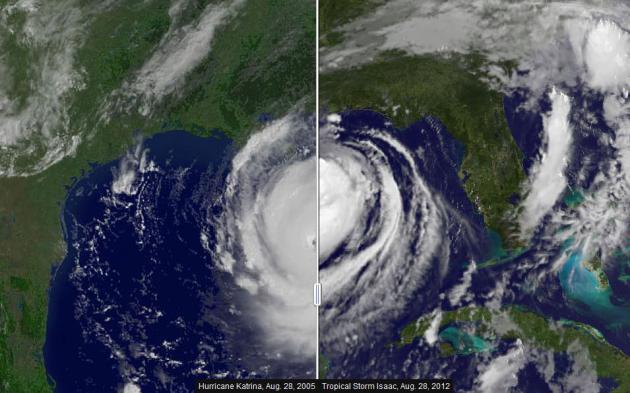 In reality there is no comparison. Katrina was a Category 5 super-hurricane before weakening slightly, to a Category 4, as it came ashore 7 years ago today. The Wall Street Journal has a very effective interactive tool to compare the two storms, back to back: “While Tropical Storm Isaac is far less powerful than Hurricane Katrina, which was a Category 3 hurricane when it made landfall along the Gulf Coast on Aug. 29, 2005, NHC forecasters said Isaac could push a substantial amount of water into low-lying areas, with a storm surge of up to 12 feet in coastal Mississippi and Louisiana.” 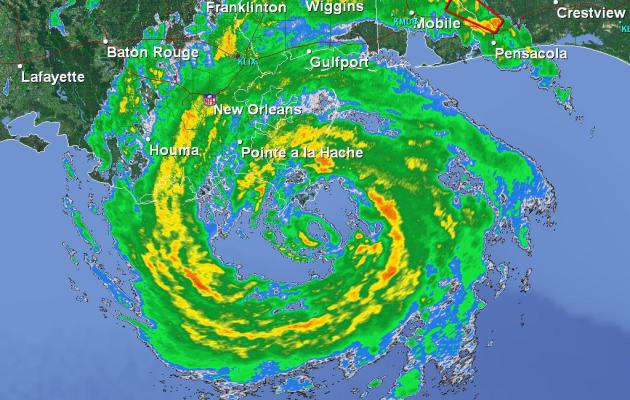 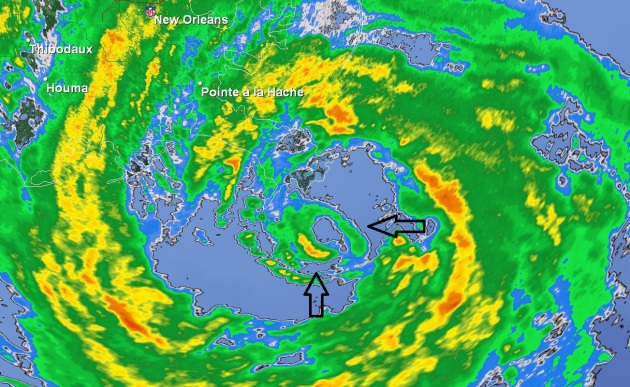 One of the more fascinating elements of hurricane science is the ability for a hurricane to shed its eyewall, the donut-shaped ring where the strongest winds blow. Like a snake shedding its skin a hurricane’s eyewall goes through cycles, a smaller eyewall forming within the main eye (upper right), followed by rapid disintegration of the original eyewall. We’re still learning more about how hurricanes evolve over time – I grabbed these frame shots from the NWS Doppler in New Orleans Tuesday evening. I know, what a geek. 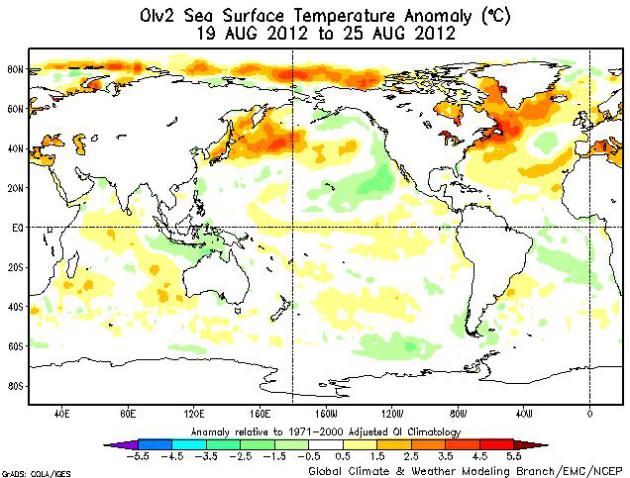 I can’t recall ever seeing anything like this in late August (or any other summer/autumn month). Sea surface temperatures (SST) are running as much as 5-8 F. warmer than average from the North Atlantic into the Arctic and the northern Pacific Ocean. Map courtesy of NOAA. 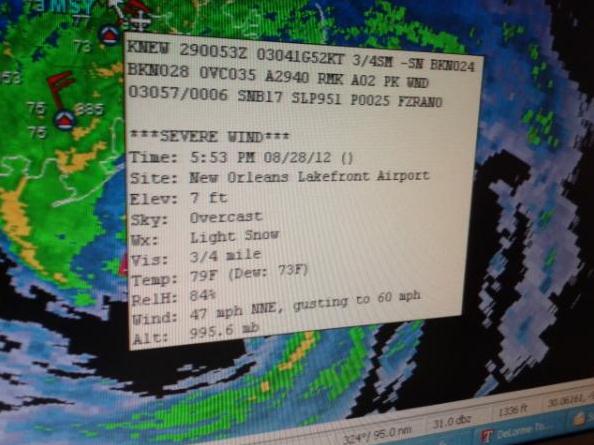 I think this was a typo. Here was the hourly observation from New Orleans at 5:53 pm yesterday: overcast, 79 F, dew point 73 F, winds gusting to 60 with “light snow”. Huh? That would be quite a trick. Thanks to Miranda Hilgers for passing this along.