Severe Storms in the Plains & Midwest through Sunday
Relentless Heat from Coast to Coast
Tropics Update: Development Possible in the Gulf of Mexico
Rainy Pattern Sticks Around in the Southwest
Weekend Storms & Heavy Rain for the Southeast
Monsoon Storms Spark New Fires
All Weather News 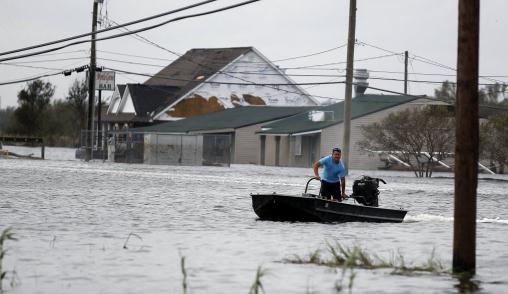 $2 billion in damage from Hurricane Isaac? Details from Bloomberg Businessweek below.

“…The fact is, many people lack the resources to escape. Having no money, no mode of transportation and no friends or family in safe places means no choice but to weather the storm.” – from an NBC News story on why some people won’t (or can’t) evacuate to a safe spot before a hurricane.

Photo credit above: “A man makes his way down a flooded street in a boat in the aftermath of Isaac Friday, Aug. 31, 2012, in Ironton, La. Isaac is now a tropical depression, with the center on track to cross Arkansas on Friday and southern Missouri on Friday night, spreading rain through the regions.” (AP Photo/John Bazemore) 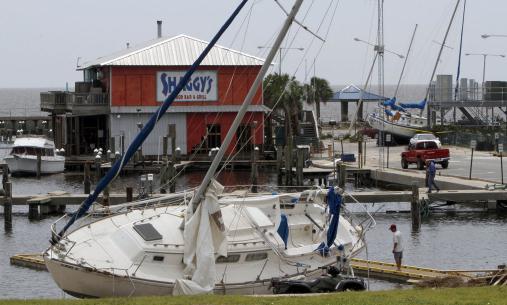 Hurricane Isaac May Cost Insurers $2 Billion; AIR Says. Details from Bloomberg Businessweek; here’s an excerpt: “Isaac, the storm drenching Arkansas after making landfall in Louisiana as a hurricane, may cost insurers as much as $2 billion in the U.S., risk-modeling firm AIR Worldwide said. The industry’s claims costs, including wind and storm-surge damage to residential, commercial and industrial onshore properties, will be at least $700 million, the Boston-based firm said today in an e-mailed statement. The estimates are a fraction of the $41.1 billion cost for Hurricane Katrina, the 2005 storm that struck Louisiana and caused flooding in New Orleans. Hurricane Irene, which lashed the U.S. East Coast last year, cost $4.3 billion.”

Photo credit above: “Two sailboats, the Sweet Dreams, foreground and the Caribe, were swept from their docks by Hurricane Isaac to the parking lot in front and beside Shaggy’s at Pass Christian, Mississipi, on Friday, August 31, 2012.” (Tim Isbell/Biloxi Sun Herald/MCT) 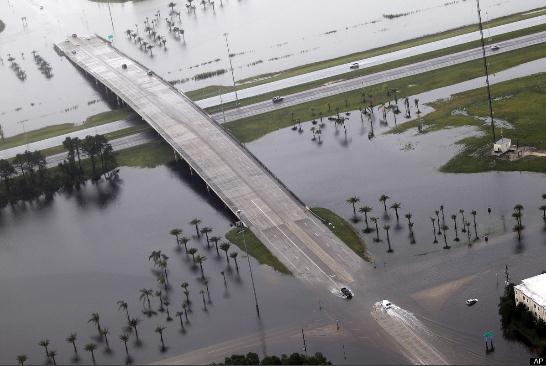 149 Photos Capture Isaac’s Fury. Huffington Post has a good recap, and there’s only so much you can convey about a hurricane via text. The photos tell the story in a way no narrative ever will. Many locals, officials and members of the media didn’t pay Isaac the respect it was due. Intensity (the “category” of the storm) is important when estimating storm surge coming ashore, but in the end the track and forward speed of the storm is even more important when calculating the duration of the storm surge and total rainfall amounts. Isaac stalled, stuttered and sputtered, hitting Louisiana twice as a Category 1 hurricane, but that big, lazy loop prolonged the extreme rains (and 8-12 foot storm surge), allowing a Category 1 storm to create damage more typically found in a Category 2-3 hurricane. More details: “As Gulf Coast states began to assess the damage from Hurricane Isaac, photos and video started to trickle in of the devastation. Although the death toll has been minimal compared to Hurricane Katrina, fatalities have occurred, and damage was extensive in some regions. Rising floodwaters from Isaac have forced thousands of evacuations, catching many by surprise, reported the Associated Press. Pictures of Isaac’s impact reveal residents and homes caught in flood conditions. Up to half of Louisiana was left powerless on Thursday, and hundreds of thousands were in the dark in Mississippi.” 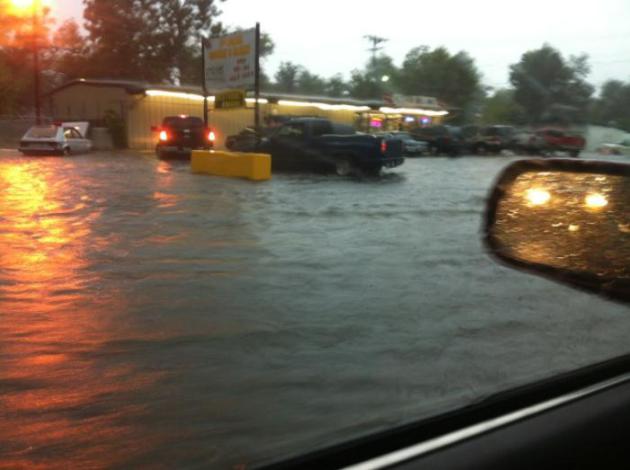 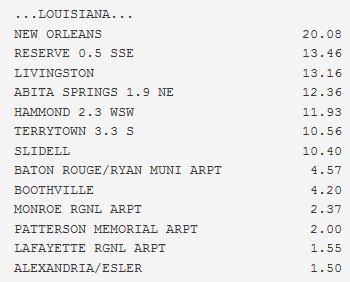 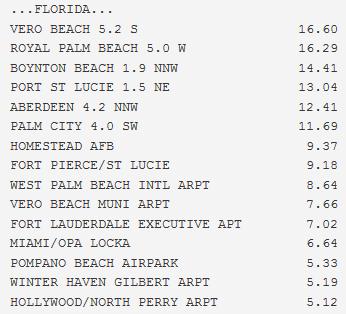 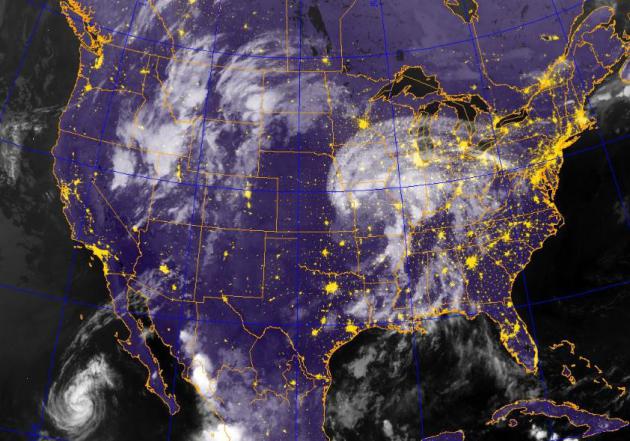 Tropical Swirl. Yes, those high clouds spreading into southeastern Minnesota are the forerunners of “Isaac”, which has lost all tropical characteristics. Rain may spread as far north as Iowa and southern Wisconsin, the best chance of flooding from Missouri into central Illinois. IR satellite image: Naval Research Lab. 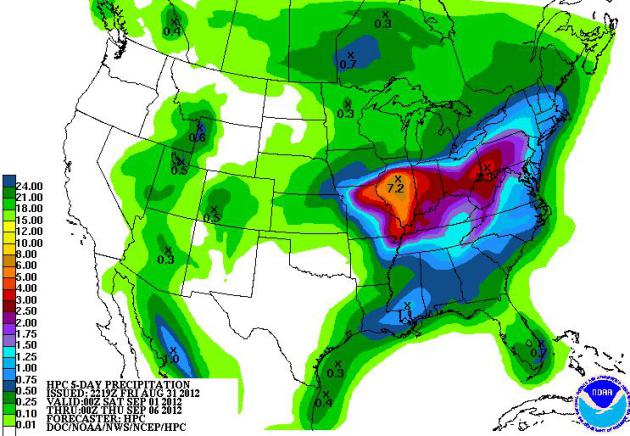 Drought-Denting Rains. NOAA HPC shows some 7″+ rains for Illinois, as much as 3″ as far east as Pittsburgh, all from the soggy remnants of Isaac. 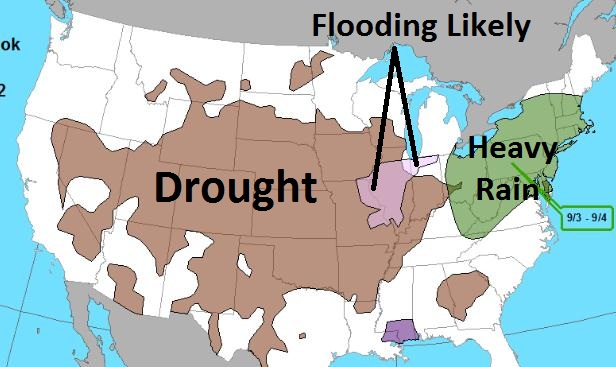 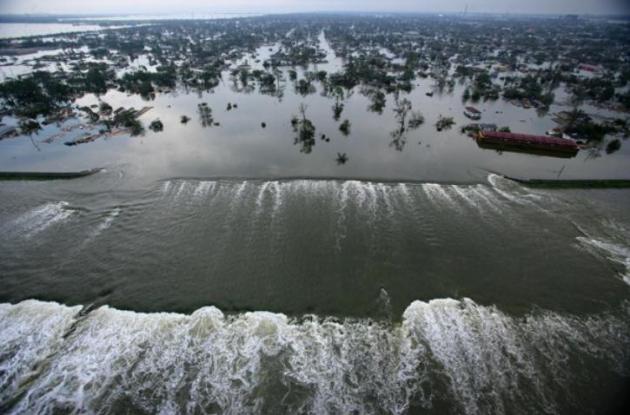 Billion Dollar Flood-Protection System Around New Orleans Proves Reliable. It passed the first test, a Category 1 hurricane. Will it withstand a Category 4 or 5? We’ll see, but so far so good, as reported by The Washington Post; here’s an excerpt: “Seven years ago, the Army Corps of Engineers was desperately trying to plug breaches in the city’s broken and busted levee system. Since those catastrophic days, the Army Corps has worked at breakneck speed — and at a cost of billions of dollars — to install new floodgates, pumps, floodwalls and levees across New Orleans. The work paid off. A day after Isaac hit New Orleans on the seventh anniversary of Katrina, officials said the 130-mile flood protection system did its job.”

Photo credit above: Vincent Laforet, Pool, File – Associated Press). “In this Aug. 30, 2005 photo, floodwaters from Hurricane Katrina pour through a levee along Innter Harbor Navigational Canal near downtown New Orleans, LA, a day after Katrina passed through the city.” 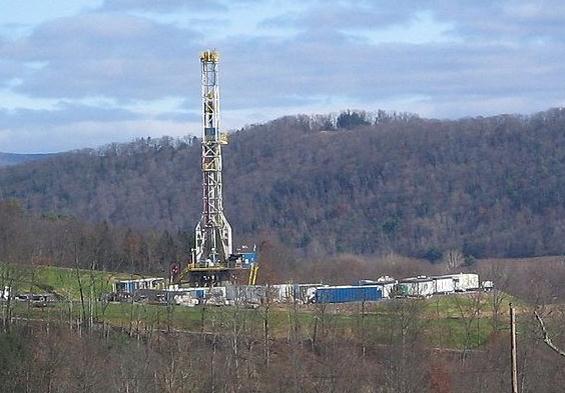 Hurricanes Don’t Scare Natural Gas Anymore. Fracking has changed the equation; gas and oil prices no longer spike (as much) when a hurricane is churning into the Gulf of Mexico, littered with drilling rigs. Marketwatch explains: “Even with much of the Gulf of Mexico’s energy production shut down as Hurricane Isaac approached the region earlier this week, the natural-gas market barely blinked — and that’s exactly what analysts said would happen. “Natural gas did not react like it has in previous storms because, with the rapid development of shale gas over the last several years, the Gulf is increasingly less important to overall gas supply,” said Kim Pacanovsky, managing director and senior research analyst for oil and gas at MLV & Co. in New York. As of Thursday, about 72.5% of the current daily natural-gas production in the Gulf was shut-in because of Isaac, according to U.S. government data. Price action in natural-gas market over the past few days, however, indicates just how little concern the market has for the production disruption.” 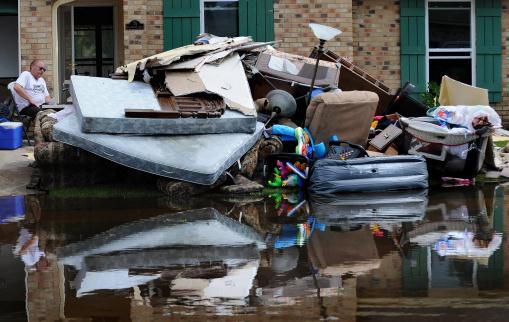 Storm Psychology: Why Do Some People Stay Behind? Great question, and NBC News does a good job providing credible reasons why many people can’t (or won’t) evacuate to higher ground in advance of a hurricane. Here’s an excerpt: “It’s the question so many of us have while watching news coverage of a hurricane or tropical storm like Isaac: Who are these people who don’t leave home even as an angry storm is advancing – and what are they thinking?! The short answer: For some, the up-and-leaving idea isn’t as easy as it sounds to those of us watching from a safe and dry distance. Actually, a 2009 article published in the journal Psychological Science sought to examine the reasons some people won’t evacuate, despite the urging or even mandates of city and state officials, by asking a group who would know: Hurricane Katrina survivors who weathered the storm at home.”

Photo credit above: “Tony Miranda takes a break from clearing out his home after it was flooded by Hurricane Isaac in LaPlace, La., Friday Aug. 31, 2012.” (AP Photo/The Advocate. Arthur D. Lauck)