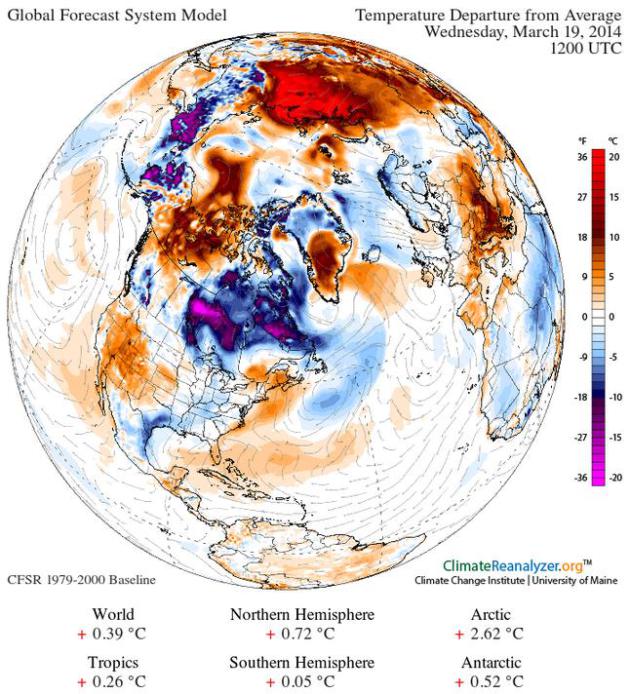 Chilly Next Week, But Not Exactly Polar. Temperatures over North America continue to trend warmer than average, with one notable exception (pretty much directly overhead). How can the atmosphere be warming if it’s cold at my house? Perception becomes reality – keeping a global perspective is challenging, even for meteorologists. Note to self: that’s why we have climate scientists, who keep the big picture in mind. Temperatures anomalies next Wednesday, March 19, courtesy of Climate Reanalyzer. 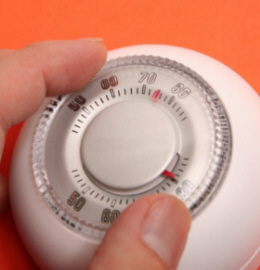 Brutal Winter, And Painful Rises In Heat Costs. Propane costs have skyrocketed this winter. Supply and demand, superimposed upon a pioneer winter from the Upper Midwest to the Great Lakes. Here’s an excerpt of a New York Times story: “Opening up heating and electricity bills has been a bit of a shocker in recent weeks. Exactly how shocking became clear on Wednesday when the Energy Department released a report showing just how expensive it was to keep warm and cook dinner this winter. Those living in mostly rural and Midwestern areas who depend on propane are expected to spend 54 percent more this winter than last. Those who rely on heating oil, largely in the Northeast, will be paying 7 percent more. Natural gas consumers will pay 10 percent more and electricity consumers will pay 5 percent more...” 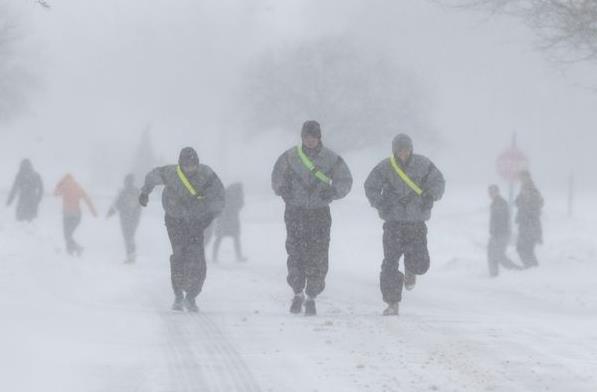 Buffalo: Two Blizzards In One Winter – First Time In 40 Years. The Buffalo News has some perspective on what a crazy winter it’s been in Buffalo, a city that is accustomed to snow. When people there start to complain you know it’s no ordinary, garden-variety winter: “…For a genuine blizzard, three conditions are needed: visibility of a quarter-mile or less due to snow; winds sustained, or in gusts, of over 35 miles an hour; and, finally, Zaff said: “Those two events need to occur for three hours.” We just went through this – in early January. “This is the first time – at least in the last 40 years,” Jon Hitchcock, a meteorologist at the National Weather Service in Buffalo, said of two blizzards within two months. “As far as anybody knows,” he said, “this is the first time we’ve had two in one season…”

Photo credit above: “Niagara University ROTC cadets Christian Beaucage, Will Olszewski and Matt Stevens run at Niagara University, in spite of the blizzard, to keep up with their training Wednesday.” James P. McCoy/Buffalo News. 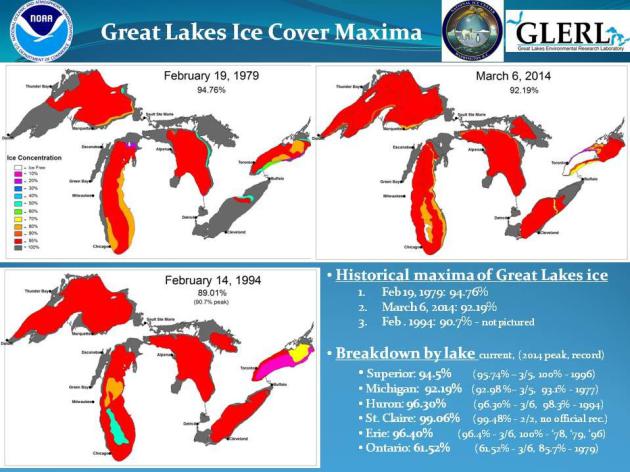 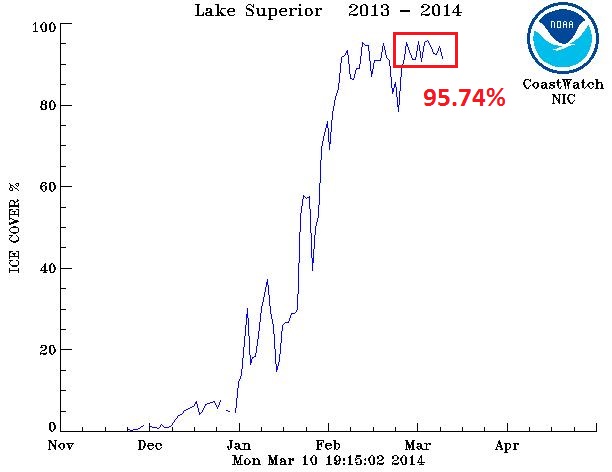 Historical Perspective. The trend in (most) recent winters has been for less ice on Lake Superior, at least since the mid-90s. Check out the NOAA data for yourself here. 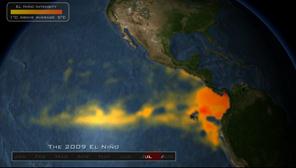 Here Comes El Nino; Good News For U.S. Weather Woes. Maybe the headline should come with a question mark instead of a period. El Nino often brings flooding rains for the west coast; but fewer hurricanes in the Atlantic and Caribbean. AP and Ravalli Republic have the story; here’s the intro: “Relief may be on the way for a weather-weary United States with the predicted warming of the central Pacific Ocean brewing this year that will likely change weather worldwide. But it won’t be for the better everywhere. The warming, called an El Nino, is expected to lead to fewer Atlantic hurricanes and more rain next winter for drought-stricken California and southern states, and even a milder winter for the nation’s frigid northern tier next year, meteorologists say. While it could be good news to lessen the southwestern U.S. drought and shrink heating bills next winter in the far north, “worldwide it can be quite a different story,” said North Carolina State University atmospheric sciences professor Ken Kunkel. “Some areas benefit. Some don’t…” 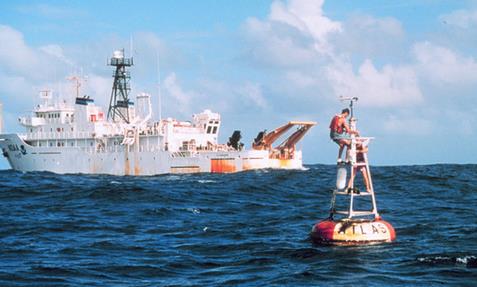 Aging El Nino Buoys Get Fixed As Weather Forecasts At Risk. With an El Nino warming phase brewing (52% probability by late summer and autumn) NOAA doesn’t want to be flying blind. Here’s an update from a story at Bloomberg: “The National Weather Service is set to start repairing 70 towering buoys used to track El Nino and La Nina patterns, whose damage has led scientists to warn the accuracy of forecasts is in danger. The Tropical Atmospheric Ocean Array, deployed after a 1982-83 ocean warming caught governments by surprise and caused at least $8.1 billion in damage worldwide, is designed to help predict developments that can alter global weather. The system has degraded to about 40 percent effectiveness, a victim of age, vandalism and neglect, according to the National Oceanic & Atmospheric Administration…”

Photo credit above: NOAA “A TAO buoy seen next to a NOAA research ship, which was used for maintaining the buoy array across the Pacific Ocean.” 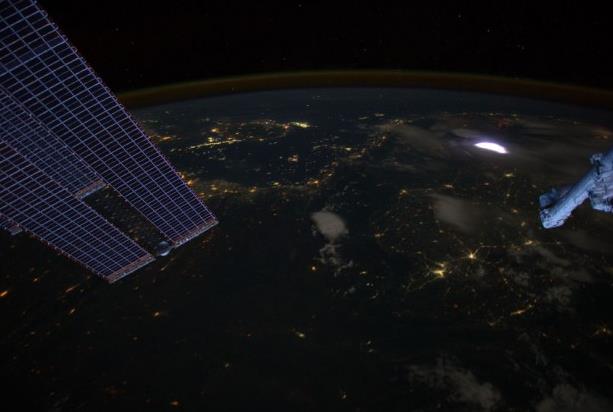 When Lightning Strikes, Instruments On The Space Station Will See It. Redorbit.com has an intriguing article, focused on lightning detection from low-Earth orbit. Here’s an excerpt: “…A sophisticated piece of flight hardware, called a Lightning IMaging Sensor (LIS), was developed by researchers at NASA’s Marshall Space Flight Center and launched into space in 1997 as part of NASA’s Tropical Rainfall Measuring Missions (TRMM). The sensor, used to detect and locate lightning over the tropical region of the globe, undertook a three year primary mission to return data that could be used to improve weather forecasts. LIS continues to operate aboard the TRMM satellite today…”

A sophisticated piece of flight hardware, called a Lightning Imaging Sensor (LIS), was developed by researchers at NASA’s Marshall Space Flight Center and launched into space in 1997 as part of NASA’s Tropical Rainfall Measuring Mission (TRMM). The sensor, used to detect and locate lightning over the tropical region of the globe, undertook a three year primary mission to return data that could be used to improve weather forecasts. LIS continues to operate aboard the TRMM satellite today.
Of course, the researchers responsible for building LIS in the 1990s built a spare unit as a precaution. That other unit is now being brought into play as well. The second LIS sensor is scheduled to launch aboard a Space Exploration Technologies (SpaceX) rocket to the International Space Station (ISS) in February 2016. 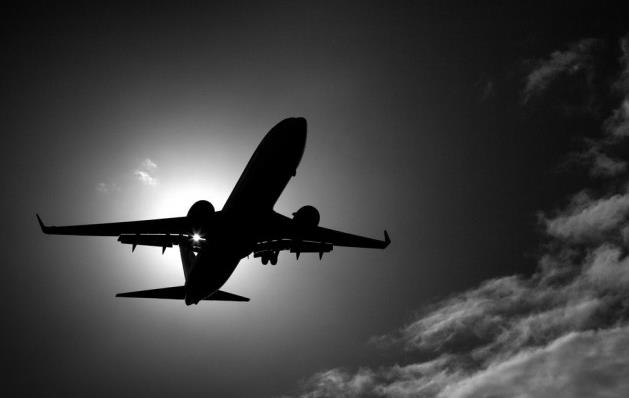 How It’s Possible To Lose An Airplane In 2014. Reality trumps fiction – you can’t make this stuff up. What happened to the Malaysian 777? Great question. Wired.com asks the rhetorical question; here’s an excerpt: “…The most chilling thing about this is the fact the plane seemingly vanished without a trace. The captain, who had more than 18,000 hours of flight time, gave no warning, issued no mayday. There was no indication anything was amiss. This is not terribly unusual, because a flight crew’s first priority in an emergency is dealing with the situation at hand. “Aviate, navigate, then communicate” is the mantra. Airline pilot and blogger Patrick Smith says the radio silence “doesn’t startle me…”