New Tropical Depression Likely to Form in Gulf
Severe Risk Targets the Northern U.S. Over the Next Few Days
Dangerous Heat Continues through the Weekend
Strong Storms and Flooding Risk for Florida
Bill Becomes an Extratropical Cyclone, Last Advisory Issued
Fires Continue to Burn in the Southwest
All Weather News

Looking At A Unseasonably Mild Start To December For The Country 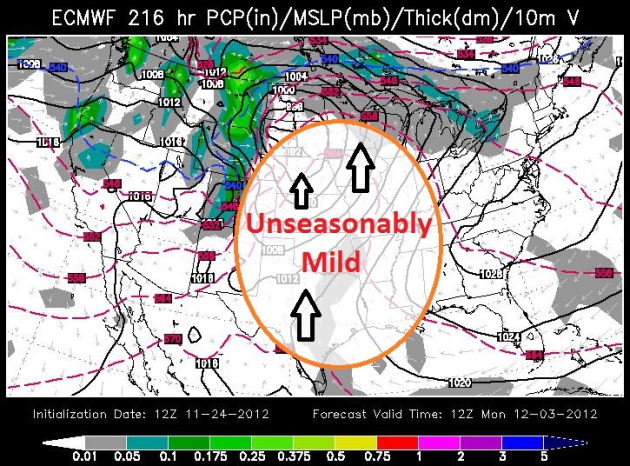 “Octember”. The models are consistent – the next 5 days will be chilly, temperatures averaging a couple degrees below normal. But a massive Alaskan low pressure system is spinning off a series of Pacific storms, each one capable of pumping unseasonable warmth northward. The first surge of 50+ air arrives Sunday and Monday of next week; highs may reach the low to mid 50s, nearly 20 degrees above average. We start December with a significant thaw, but little rain is expected right now. 12z Monday forecast (December 3) from WSI. 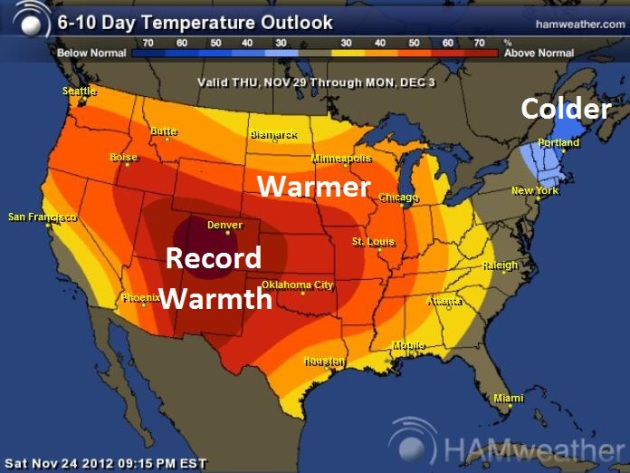 Another Wintery Intermission. Temperatures begin to thaw by late week; 40s by Saturday, a shot at 50s a week from today. No, I do not see a steady treadmill of arctic fronts pushing south into the USA, one after another, at least not yet. All bets are off for mid-December, but we start the month on a mild note. Map: NOAA CPC and Ham Weather. 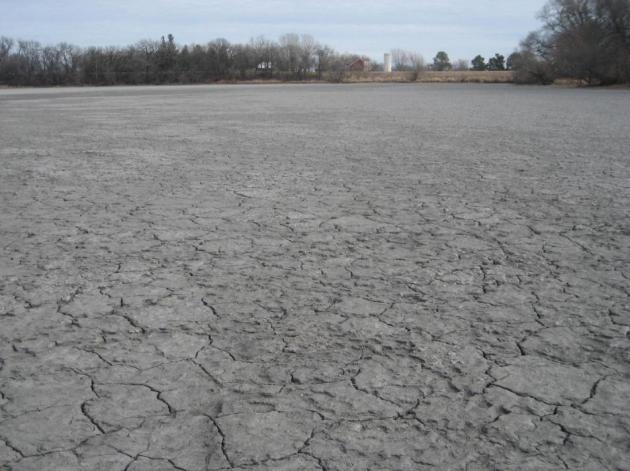 I am a longtime reader of your blog.  Thought you would be interested to see these pics I took while visiting my parents for Thanksgiving down in SW Minnesota outside of Fulda.  Where I am standing usually has 4 feet of water.  The drought down in that area is as bad as I have seen.  Anyway, keep up the blog!

Thanks Tom – your photo sums up the drought better than any map I could possibly dig up. All of southwestern Minnesota is in extreme drought right now, with little improvement in sight. Once the ground freezes up (next week’s thaw may delay a hard freeze until mid-December) moisture can’t sink into topsoil, where it’s needed. That’s a problem. Right now I don’t see any potential for improvement in Minnesota’s drought until early 2013. 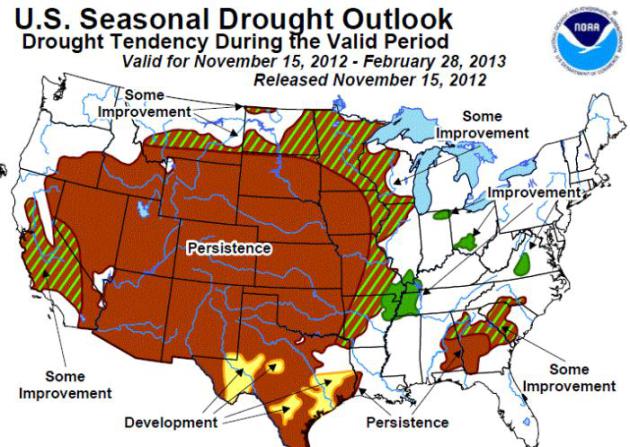 Drought Outlook. NOAA’s drought forecast thru the end of February shows “persistence” across southwestern Minnesota (meaning no improvement in the drought). Some improvement is predicted for the rest of Minnesota, but we may have to wait until late winter, early spring, for the shift in the pattern necessary to put a serious dent in the drought. 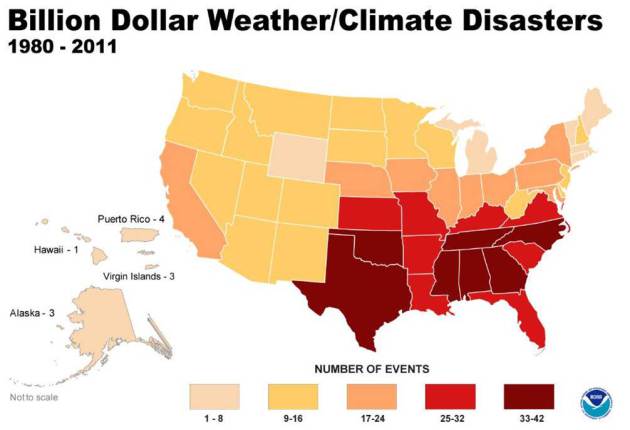 Relative Weather Risk. Don’t let any relatives living in the southern USA give you a hard time about Minnesota cold fronts. There have been 3-4 times more billion dollar weather and climate disasters across the southern USA since 1980 than Minnesota or Wisconsin. Why? Hurricanes. From Texas to the Carolinas, floods and tornadoes are prevalent, but these states, close to the warm waters of the Gulf of Mexico and Atlantic, are also in “Hurricane Alley” – compounding the relative risk and odds of weather-related disasters. Source NOAA. 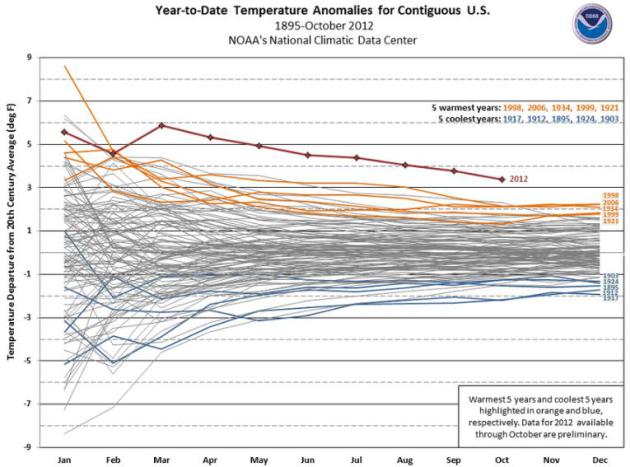 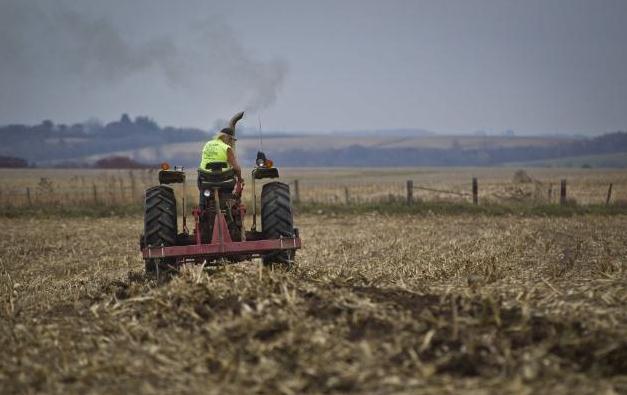 Those Bugs “Are Going To Outsmart Us”. Yes, we have enough to worry about, but in case you missed this important story at The Star Tribune about how crops are becoming increasingly bug and pest-resistant, it’s worth a read. Here’s an excerpt: “…It is what scientists and environmentalists regard as one of nature’s great ironies: Fifteen years ago, genetically engineered seeds promised to reduce the amount of poisons used on the land, but today they are forcing farmers to use more — and sometimes more toxic — chemicals to protect their crops. Why? Because pests have done what nature always does — adapt. Just as some bacteria have become resistant to antibiotic drugs, a growing number of superweeds and superbugs in the nation’s farm fields are proving invulnerable to the tons of pesticides that go hand in hand with genetically modified seeds…”

Photo credit above: “Danny Serfling tilled a field on his farm in Preston, Minn., in late October. He lost part of this field and a whole other one to rootworm. The solution? “We will have to use more insecticide,” he said.”  Renee Jones Schneider, Star Tribune. 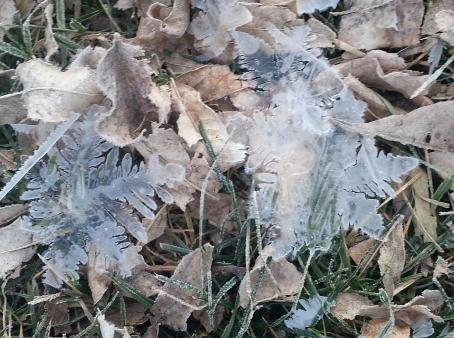 Mega-Flakes. I don’t think I’ve ever seen anything like this – and frankly, I don’t have a good explanation. Anyone out there have a clue what this is? Details via KARE-11: “Thank you Jody T. from Lonsdale for sharing this great picture! Jody says he saw these giant frost flakes in his yard this morning.”

Where’s The Snow? As of Friday, November 23rd, Milwaukee has gone 264 days since the last day with measurable snow, which is the 4th longest streak on record.  The last time Milwaukee had measurable snow was on March 4, 2012, when 0.9 inch was measured.  Only a trace of snow is expected today with no snow expected on Sunday.  Hence the current streak should climb to 3rd place this weekend. Source: NOAA.

* snowcover map above courtesy of NOAA’s National Snow Analysis, showing 2″ on the ground from St. Cloud to Brainerd, as much as 4″ near International Falls. My friend in Herbster, Wisconsin reports 10-12″ of new (lake effect) snow in his yard. 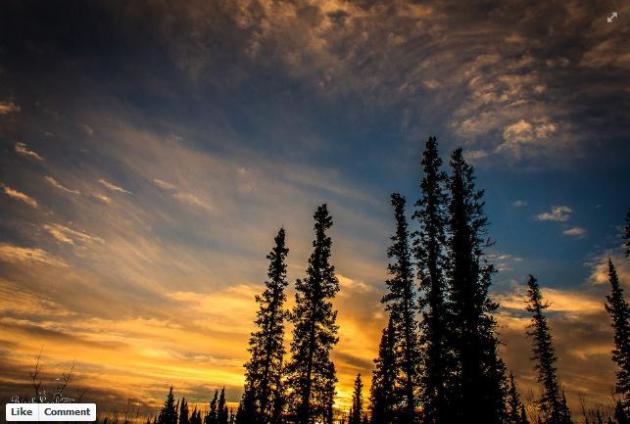 A Lazy Sun. The sun just barely rose above the horizon Saturday in Delta Junction, Alaska, illuminating a smear of cirrus clouds floating overhead, resulting in a spectacular shot, courtesy of Facebook and Birch Leaf Photography. 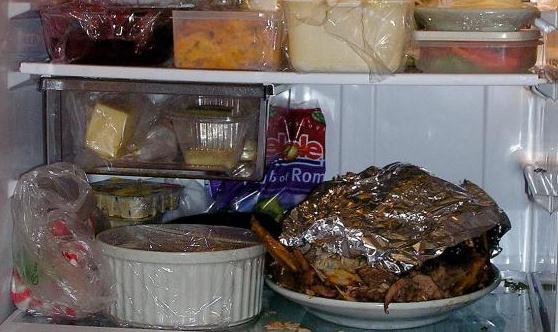 The Economics Of Wasted Leftovers. The statistics are daunting, according to this story from American Public Media’s “Marketplace“; here’s an excerpt of an eye-opening story: “…The Natural Resources Defense Council estimates that Americans trash 40 percent of our entire food supply. For a family of four, that works out to more than $2,000 a year. Dana Gunders is a food project scientist at NRDC. She puts the numbers in perspective. “Imagine going to the grocery store, buying three bags of groceries, dropping one in the parking lot, and not bothering to pick it up,” she says. “That’s essentially what we’re doing in our food system today.” Gunders is talking about all the food we waste. From veggies left to rot in the fields because they’re not exactly the right shapet to uneaten food on restaurant plates. And, of course, forgotten leftovers that morph into something monstrous in the refrigerator…” 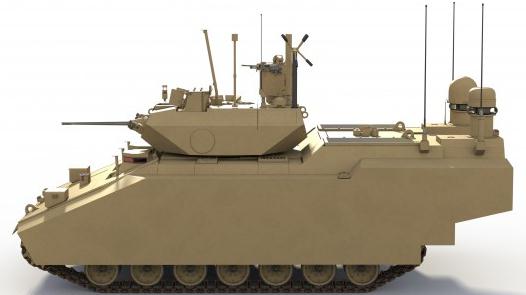 A Hybrid Tank? Why not. Reducing dependence on traditional fuel sources only increases resiliency and lowers overall risk. Gizmag.com has more details: “…The GCV carries three crew and nine squad members inside its steel-core hull and boasts an integrated electronic network capability and embedded intelligence, surveillance and reconnaissance equipment. However, the centerpiece of the vehicle is its simplified drive train. The GCV is propelled by an Hybrid Electric Drive (HED) developed by the partnership. It puts out 1,100 kW of electricity, has fewer components, and lower volume and weight than current power plants. Being an electric drive, it generates high torque at start, smoother low-speed operation and can run silently – an advantage in night operations….”