Lukewarm Easter Sunday for much of USA 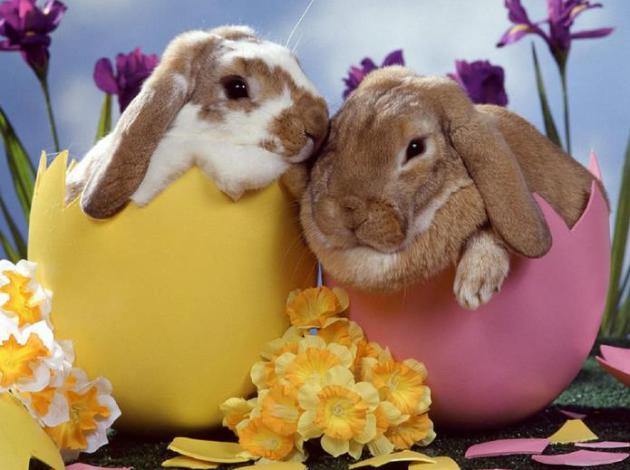 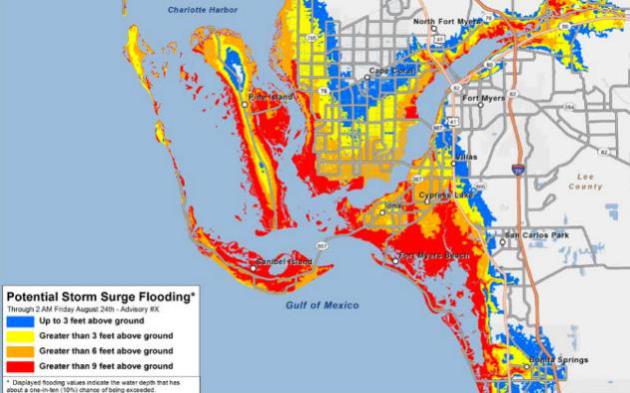 New Hurricane Forecast Maps Can Warn You Of Impending Floods. It’s not the winds that wreak the most havoc and threaten life and property the most; it’s the storm surge. This year NOAA NHC will be sharing storm surge forecasts on a metro by metro basis, as explained by io9.com: “More than half of all hurricane-related deaths are caused by storm surges, yet few consider it a factor when trying to decide whether or not to evacuate their homes. But starting this hurricane season, national forecasters will warn people using color-coded storm surge maps. No doubt, storm surges are a serious issue. Along vulnerable coasts, they pose the greatest threat to life and property from a hurricane. Large death tolls have been known to result from the rise of oceans when major hurricanes reach land. Back in 2005, for example, Hurricane Katrina caused at least 1,500 deaths, many of which occurred directly or indirectly as a result of storm surge…” 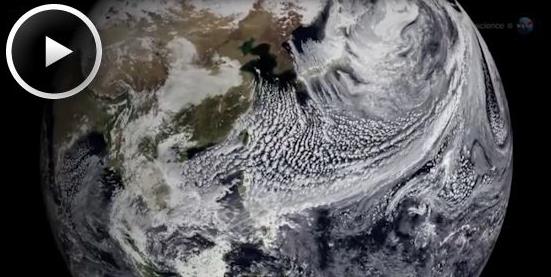 Unexpected Teleconnections In Noctilucent Clouds. Here’s a snippet of an interesting article and video from NASA: “Earth’s poles are separated by four oceans, six continents and more than 12,000 nautical miles. Turns out, that’s not so far apart. New data from NASA’s AIM spacecraft have revealed “teleconnections” in Earth’s atmosphere that stretch all the way from the North Pole to the South Pole and back again, linking weather and climate more closely than simple geography would suggest. For example, says Cora Randall, AIM science team member and Chair of the Dept. of Atmospheric and Oceanic Sciences at the University of Colorado, “we have found that the winter air temperature in Indianapolis, Indiana, is well correlated with the frequency of noctilucent clouds over Antarctica…”

Credit above: “A new ScienceCast video explores unexpected “teleconnections” in Earth’s atmosphere that link weather and climate across vast distances.”

Will The Next El Nino Break A Global Temperature Record? Not all El Ninos are created equal. The really big warm phases of ENSO, the ones that lead to global temperature records, tend to be EP or Eastern Pacific El Ninos. The CP (Central Pacific) warmings tend not to have as great an influence on global temperature. Climate scientist Simon Donner explains at Maribo; here’s an excerpt: “…This has important implications for the “pause” in surface warming. Over the past 10-15 years, the easterly winds have been abnormally strong, with few gaps sufficient to generate Kelvin waves. This is related to decade-scale variability in the Pacific Ocean conditions, called the Pacific Decadal Oscillation (PDO) or Interdecadal Pacific Oscillation (IPO). It may then come as no surprise that all the El Nino events since 1998, including the 2009/10 event that made the cherries blossom early in Vancouver, have all been of the CP variety.  The same happens to be true for other “slowdowns” in the rate of global surface temperature change since the Industrial Revolution. This suggests the decade-scale variability in the Pacific affects El Nino development, and in turn, the ups and downs in the rate of human-caused global surface warming…” 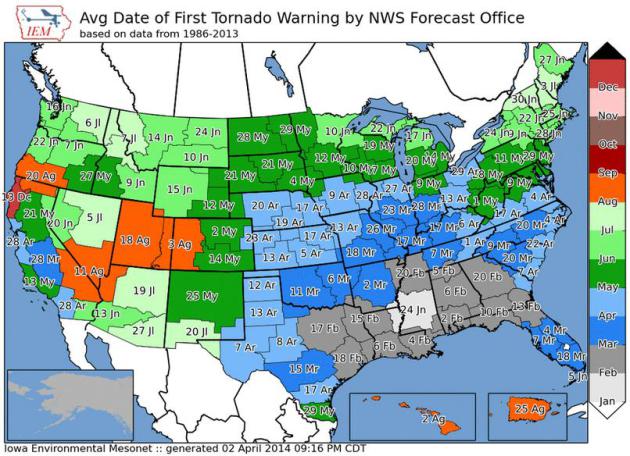 Average Data Of The First Tornado Warning? Iowa Environmental Mesonet put together an interesting graphic, showing the average first Tor Warning, office by office. As early as January 24 in Jackson, Mississippi, March 11 in Oklahoma City, May 2 in Denver, May 9 in Washington D.C. and May 12 in the Twin Cities. Can we please have a few quiet weeks between the snow and the tornadoes? 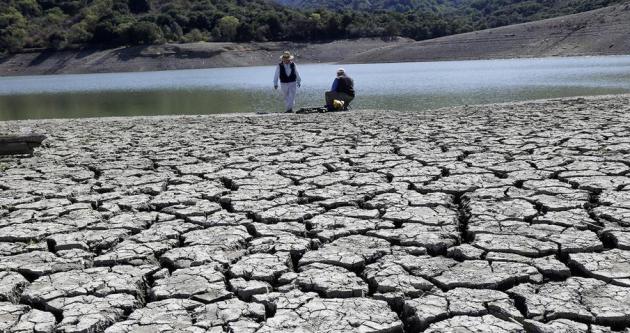 California Suffers Astonishingly Fast Snowpack Melt As Drought Intensifies. It’s going to be a long, hot, potentially fiery summer and autumn for California and much of the Southwest. Andrew Freedman has more details in a story at Mashable; here’s a clip: “…Officials already knew that the snowpack was unusually thin and would provide below average amounts of water when it melted, considering that the state had its third-driest winter on record, following its driest calendar year in 2013. However, they did not anticipate it would melt so quickly. The California state snow survey on April 1 found that the snowpack contained just 32% of the average water content at that time of year, when snowpack typically reaches its annual peak. This placed 2014 as among the lowest water-content years on record since such data began in 1930...”

Why I’m Active in “SAVE”. Bloomberg just ran a series of graphical explanations about leading causes of death in the USA, broken down by age category. The number one violent cause of death is suicide, and the trends are sobering. I’ve lost a few friends and family members to suicide over the years. I’m active in SAVE (suicide awareness, voices of education), based in Bloomington with a national outreach. They’re doing amazing work and helping to get the word out about removing the stigma about depression, reaching out to schools, nursing homes and corporations, helping people to better understand the symptoms of depression and get families the help they need. If your family has been touched by depression or suicide I hope you’ll consider getting involved. 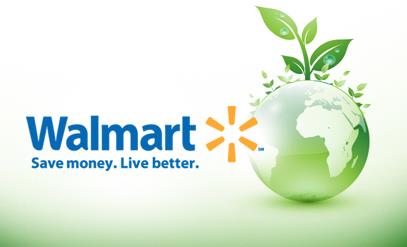 Why Wal-Mart Buying into Sustainability Matters. Here’s a clip from a story at U.S. News that caught my eye: “…The legitimizing effect of big business entering sustainability markets has the power to transform the economy in a good way, even if the companies involved are not good corporate citizens in other respects. Their entry says to legislators “this stuff works” and that builds political will to enact more enlightened policies. It says to competitors “there’s money here” and that brings more investment capital to help sustainable business grow. It says to the media “this is real,” and so the media write serious stories about sustainability going mainstream rather than just human interest stories about mavericks bucking the trend…” 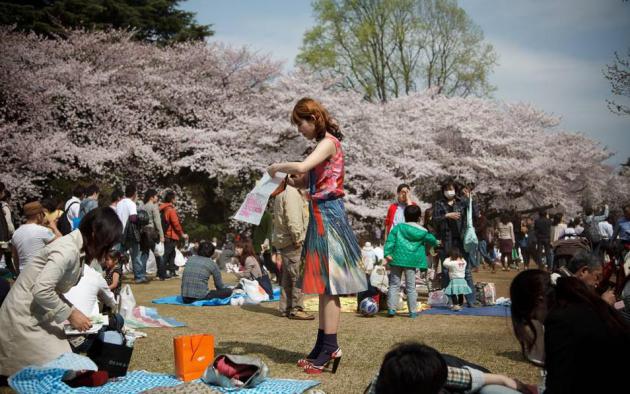 Heady With Beauty, in Cherry Tree Season Japan Celebrates Environmental Values That Western Greens Have Lost. Rebecca Gibbs at Aeon Magazine has an interesting article; here’s a snippet: “…Political environmentalism has learnt to take a functional view of nature, turning a blind eye to cultural values such as beauty and to aesthetic practices such as hanami. In striving to establish an impartial, globally consistent means of gauging nature’s value, local forms of environmental imagination have been relegated to the work of poets. Nature is viewed as systemic and quantifiable, neither mysterious nor resplendent. In an overburdened world, this is how we have come to debate the comparative significance of habitats and organisms: as ecosystem services…”

Photo credit above: “Picnic beside the cherry blossom in a Shinjuku park.” Photo by Jérémie Souteyrat. 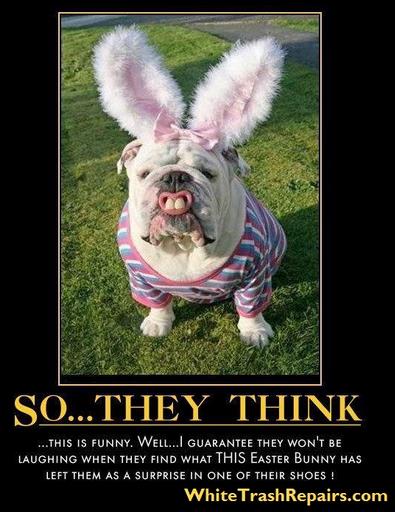