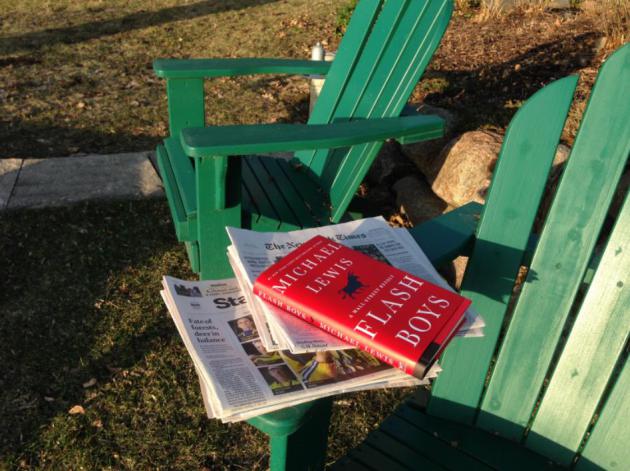 Yesterday was a WOW moment, an atmospheric daydream; a healing gift from on high. We set out the Adirondack chairs and reintroduced ourselves to dazed, long-lost neighbors. Our dog, Leo, took us on a nice long walk.

You could almost see lawns greening up before your eyes; no small feat after the winter we just experienced. Based on the WMI, the Winter Misery Index, which measures snow amounts and severity of cold it was the toughest winter in a generation. You have to go back to 1983-84 to find a more severe winter overall. Yes, we were due for a perfect spring day, and I’m glad it came on Easter Sunday.

GFS Solution. Although not as aggressive (or ominous) as ECMWF guidance for early next week, NOAA’s GFS model brings heavy showers into Minnesota by Wednesday; heavier/steadier rain possible Thursday, followed by a colder wind by late week. Ah, the joys of April. Model guidance: HAMweather.

Landscape “Transition Zones” May Influence Where Tornadoes Strike. I’ve heard anecdotal evidence of this for a few decades now, tornadoes following river valleys, or more prone to spin up in one area than another 10 miles away. Now there may be evidence that there’s something to this. Here’s a clip from at joplinstockyards.com: “Areas where landscape shifts from urban to rural or forest to farmland may have a higher likelihood of severe weather and tornado touchdowns, a Purdue University study says. An examination of more than 60 years of Indiana tornado climatology data from the National Weather Service’s Storm Prediction Center showed that a majority of tornado touchdowns occurred near areas where dramatically different landscapes meet – for example, where a city fades into farmland or a forest meets a plain. Forecasters and city planners may need to pay closer attention to these “transition zones” to better understand tornado risk, said Olivia Kellner, doctoral student in the Department of Earth, Atmospheric and Planetary Sciences and first author of the study…” 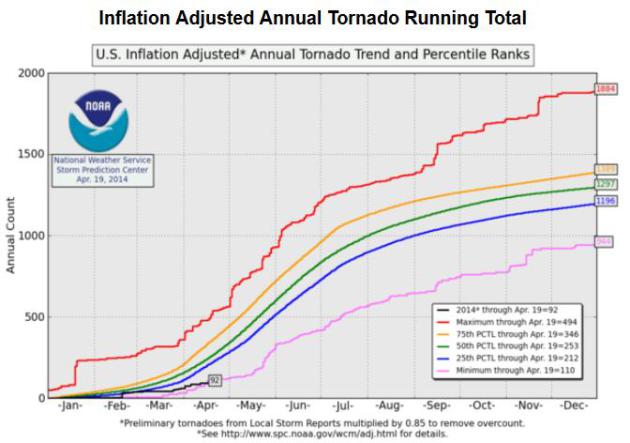 Lowest Tornado Count, To Date, In 53 Years? NOAA SPC shows only 92 tornadoes as of April 19, on track with some of the least active tornado seasons on record in the USA. A symptom of the Polar Vortex and unusual chill much of March and early April? We’ll see, but it’s probably premature to write off tornado season at this early date. 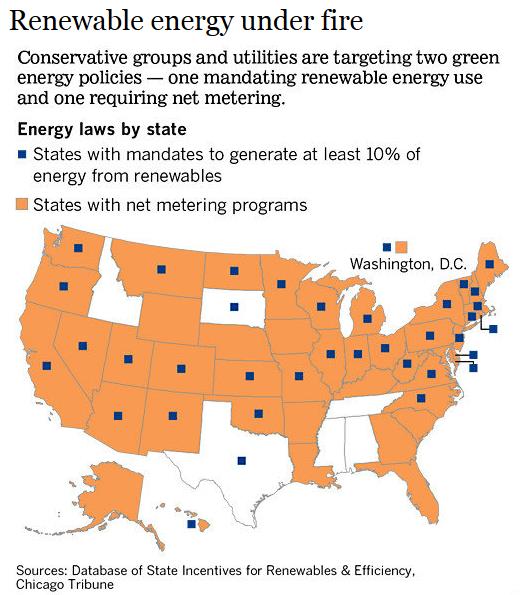 Conservative Heavyweights Have Solar Industry In Their Sights. Big Money and entrenched interests teaming up to prevent new and affordable choices on the energy front, namely zero-cost solar power? A proposed tax on the solar panels on your own roof? I’m shocked. Here’s a clip from a story at the Los Angeles Times: “The political attack ad that ran recently in Arizona had some familiar hallmarks of the genre, including a greedy villain who hogged sweets for himself and made children cry. But the bad guy, in this case, wasn’t a fat-cat lobbyist or someone’s political opponent. He was a solar-energy consumer. Solar, once almost universally regarded as a virtuous, if perhaps over-hyped, energy alternative, has now grown big enough to have enemies…” 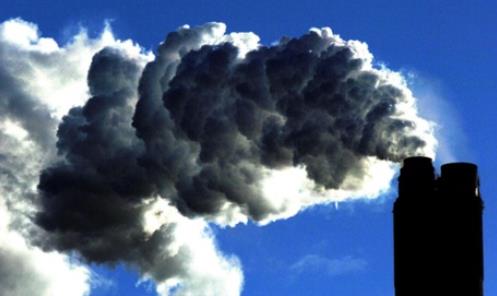 Judge Strikes Down Minnesota’s Anti-Coal Energy Law. The Star Tribune has the story – here’s a clip: “A federal judge on Friday struck down a landmark 2007 Minnesota law that bans new power generation from coal, saying it regulates business activities of out-of-state utilities in violation of the U.S. Constitution’s commerce clause. U.S. District Judge Susan Richard Nelson enjoined the state from enforcing key sections of the law, which North Dakota coal and utility interests said hampered their ability to find buyers for power from existing coal-fired generating plants or to plan for new ones….” 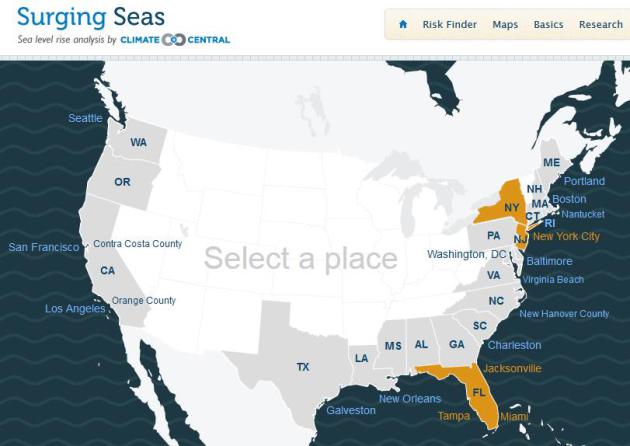 Climate Changes Visible By ZIP Code With New Online Tools. The focus is on rising sea levels, with new resources becoming available that will help homeowners and business owners better quantify risk for their specific locations. USA Today has the story; here’s an excerpt: “With the click of a computer mouse, the potential risks of rising sea levels will soon be searchable — by ZIP code — for all U.S. coastal communities. An online mapping tool will show how much sea levels are expected to rise in each area, as well as the number of residents and buildings that could be flooded. Initially launched in March 2012 for New York, New Jersey and Florida, it will expand to cover New England on Wednesday, the Pacific states later this spring and the rest of the coastal U.S. by the end of summer...”

Running Out Of Time. The New York Times ran an Op-Ed on the need to tackle this problem now, and not kick the can down the road for future generations to grapple with, when costs may be exponentially higher. Here’s a clip: “…Avoiding that fate will require a reduction of between 40 percent and 70 percent in greenhouse gases by midcentury, which means embarking on a revolution in the way we produce and consume energy. That’s daunting enough, but here’s the key finding: The world has only about 15 years left in which to begin to bend the emissions curve downward. Otherwise, the costs of last-minute fixes will be overwhelming. “We cannot afford to lose another decade,” says Ottmar Edenhofer, a German economist and co-chairman of the committee that wrote the report. “If we lose another decade, it becomes extremely costly to achieve climate stabilization...”

Climate Change Demands Action. Here’s an excerpt of an Op-Ed from The Baltimore Sun: “…Meanwhile, there are enormous dividends to be had from less consumption of fossil fuels — reducing air pollution and dependence on foreign oil. The United States even possesses a significant advantage in clean energy development through our tradition of innovation and entrepreneurship and the availability of natural gas, which can help smooth the transition. Make no mistake, the challenge is significant. The IPCC panel sticks to a goal of limiting global warming to just 3.6 degrees Fahrenheit, and considering that greenhouse gas emissions continue to rise (growing 2.2 percent annually over the past decade compared to 1.3 percent annually the previous three decades), the mandate is to take decisive action now.… 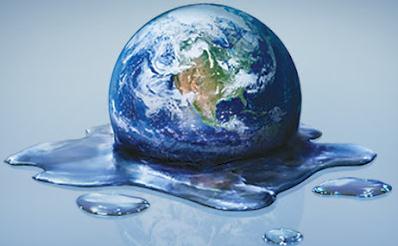 Setbacks Aside, Climate Change Is Finding Its Way Into The World’s Classrooms. The New York Times reports; here’s a clip: “…In the United States, new science standards drawn up by 26 states and scientists’ and teachers’ groups call for introducing climate change to students in middle school and exploring it in greater detail in high school. That has stirred opposition in states like Wyoming, a coal and oil producer. Lawmakers there last month blocked funding for the standards, saying teaching climate change could hurt the local economy. “A lot of science teachers essentially say, ‘This doesn’t feel like a very safe topic to teach. The science is conceptually difficult, and it’s controversial. I might get complaints from parents and it’s not part of my current curriculum, and so I’m not going to take it on,”’ said Charles Anderson, a professor of teacher education at Michigan State University, who advised on the new standards… 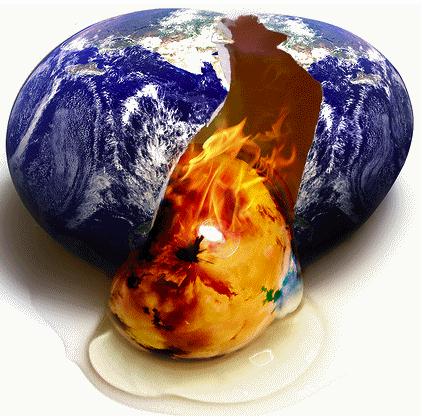 Why Climate Deniers Are Winning: The Twisted Psychology That Overwhelms Scientific Consensus. Debating the consensus and conspiracy ideation (if you believe 9-11 was an “inside job” or NASA faked the moon landings you’re more likely to believe climate change is a hoax) takes center stage in this long, but excellent article. Here’s a clip from a story at Salon: “…It’s a simple fact that your typical scientist already knows intuitively: Uncertainty grows with risk, exposure and potential loss, especially with complex nonlinear systems, like the global climate system. In fact, it’s not even possible to calculate how much damage could come from worst-case climate scenarios, as Working Group III lead co-author Christopher Field pointed out at the press conference for their report. The relationship between greater uncertainty and risk is both obvious to those in the know and invisible to those who aren’t. So it’s never been properly talked about — or even rigorously analyzed — until now…”