“Paul, you must be familiar with Laura Ingalls Wilder’s book, “The Long Winter.” My question for you: are we in a 21st winter?”
Thanks,

Dear Rebecca. The answer is yes. Welcome to a Pioneer Winter, something we may be sharing with kids and grandkids down the road. Laura would certainly identify with our winter (minus the furnaces, heated car seats and cable TV).

“We always enjoy your light touch weather humour and intelligent reporting. The other day a two-year old friend was over and wanted a glass of water. She said “ice”. Apparently the young think water in Minnesota is called ice.”
Ralph and Kathy Yehle

Thanks Ralph and Kathy – appreciate your kind words. Tell your two year old friend that Minnesota will definitely be more ice than water into most of March. 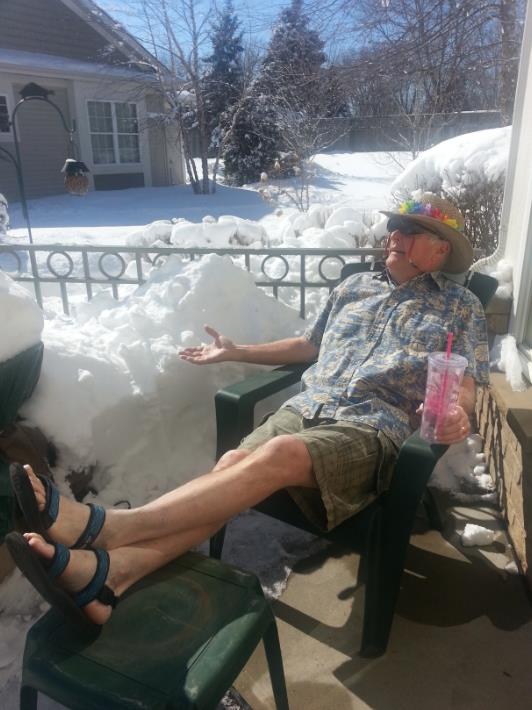 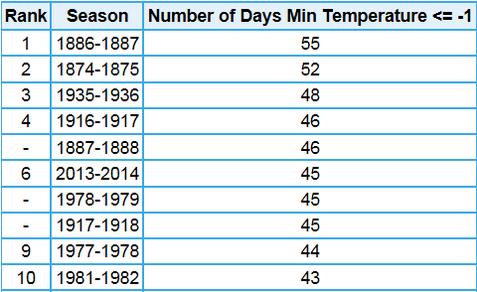 4th Most Subzero Nights On Record at MSP. As of Thursday the Twin Cities have experienced 47 nights below zero, the 4th most since 1873. At the rate we’re going, with at least 2-3 more nights of subzero fun, I suspect we’ll wind up 3rd on the all-time list, potentially more subzero nights than 1935-36. Source: Twin Cities National Weather Service.

* Risk of small, isolated tornadoes over southern California today, including Los Angeles and San Diego.
* Flash flood risk southern California with some locally heavy 1-3″ rainfall amounts – flooding of streets and poor drainage areas likely, impacting travel. Coastal flood warnings are posted for most of southern California for severe beach erosion and coastal flooding, especially close to high tide.
* Potential for a band of heavy snow and ice stretching from the Ohio Valley into the Mid Atlantic Region Sunday and Monday. Plowable amounts of snow are likely, with enough ice accumulation for possible power outages, especially across portions of the Ohio Valley.
* Heavy snow cover northern USA + potential for rapid warming in March means a heightened risk of flash flooding and river flooding by late March from the Twin Cities to Chicago, Detroit and New England. A preview of the risk below.

Tornadoes In Unlikely Places. Although the potential is small, it’s worth alerting on a risk of (isolated) severe T-storms across southern California into Saturday. A very small percentage of these severe storms may produce small, brief tornadoes. The map above is from Alerts Broadcaster’s proprietary TPI, or Tornado Potential Index. The yellow regions show the greatest risk of tornado development into the late evening hours. Map credit above: Ham Weather. 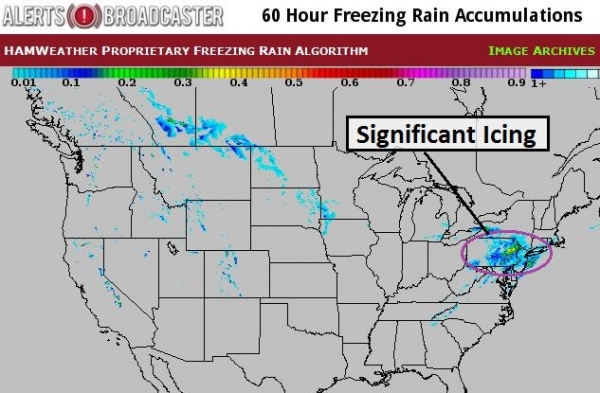 Ice Potential. It’s still early, but some high-resolution models show a band of rain freezing on contact, with a risk of significant icing Sunday and Sunday night from near St. Louis to Indianapolis and Columbus, possibly extending into Washington D.C., Baltimore and the Delaware Valley during the day Monday. If these ice accumulation predictions verify there would be sporadic power outages (often half an inch of glaze ice is all that’s required to bring down some power lines). Map credit: Baron Services.

More January Than March. Internal models here at Alerts Broadcaster show a persistent band of heavy snow (mixed with ice) extending from the Midwest and Ohio Valley into the Mid Atlantic Region Sunday night and Monday. Monday appears to be a (very) challenging travel day for Mid Atlantic facilities, including Washington D.C., Baltimore, Philadelphia and New York, where plowable amounts of slushy snow are possible. Precipitation may begin as rain, and then switch over to ice and snow during the day Monday.

Summary: Never a dull moment in the weather department, especially this winter. The next wave of bitterly cold Canadian air spins up a wave of low pressure from the Midwest and Ohio Valley this weekend, reaching major eastern population centers by Monday, with improving weather by Tuesday of next week.

In another case of severe weather whiplash: Southern California is going from historic drought to flash flooding as a Pacific storm sweeps inland; the heaviest rains and worst coastal flooding and flash flooding from this afternoon into Saturday, with rain diminishing during the day Sunday. Expect flooding of streets, streams and poor drainage areas, impacting air and land travel into tomorrow. Coastal facilities may be impacted by very rough surf capable of beach erosion.

Another subzero airmass pushes across the Upper Mississippi Valley into the Great Lakes this weekend, but models are increasingly suggesting moderation for much of the USA by the latter half of next week. The toughest winter since the late 1970s for America’s northern tier may give risk to rapid snow melt and enhanced river flooding risks by late March and early April. It’s too early for specifics, but there is significant water tied up in all that snow, as much as 5-10″. The potential (and severity) of river flooding will depend on the rate of warming, and whether warm fronts are accompanied by heavy rain, which accelerates snow melt on frozen ground. Frost levels are deeper than I’ve seen them in 30 years, so any (liquid) water will tend to run off – enhancing the flood risk. We’ll keep you posted. 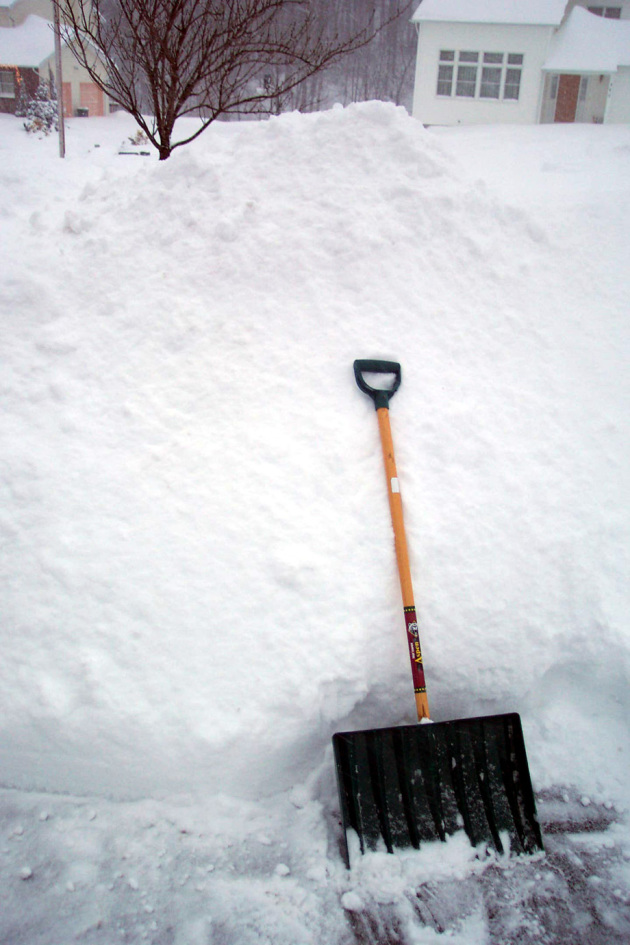