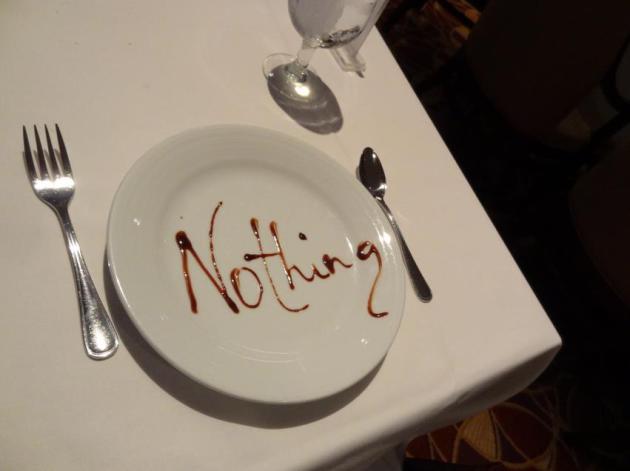 What Did You Eat?My niece, Anna Ball, just got back from an extended stay in Italy. She told me locals don’t greet each other with “How are you?” They ask “What did you eat?” Life revolves around food. Can’t remember?“If you can’t remember what you ate it must not have been very good” Anna told me.I’m lobbying St. Paul to replace “What do you think of this weather?” OK, don’t hold your breath.What may be our first accumulating snow event of the winter season may materialize from a sloppy southern storm; a cold rain Tuesday afternoon changing to wet snow Tuesday night.Ground temperatures are still fairly mild, so I expect some melting on contact, but a few inches could pile up on metro lawns; roads becoming slushy and slick after 7 PM. The ECMWF (European) model prints out 6+ inches for southwest counties.And so it begins. 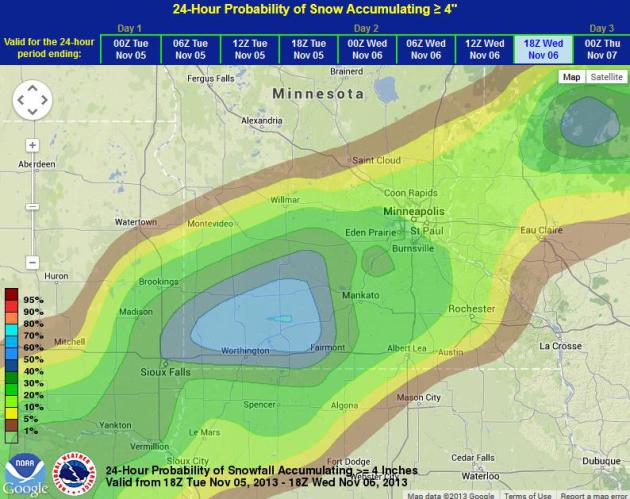 Probability Of 4″+ Snow. The best chance of plowable snows will come over southwestern Minnesota, a 50-60% probability of 4″ or more, based on NOAA guidance, compared to a 20-30% risk over the Twin Cities. 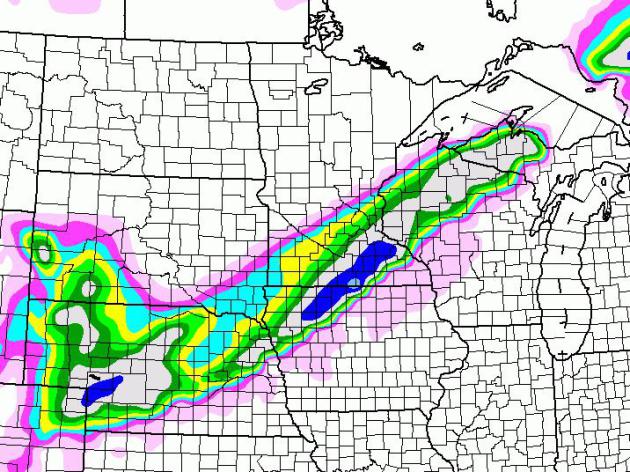 NAM Solution. I’m not buying this solution (yet). I want to see a few more runs before I start attaching inch amounts to any Twin Cities forecast, but the greatest potential for enough snow to shovel and plow (?) will probably come south of the Twin Cities. Map above: NOAA.

Here’s an excerpt of some good (timely?) information from the local National Weather Service office: “During Winter Hazard Awareness Week the National Weather Service, in cooperation with the Department of Homeland Security and Emergency Management will issue daily statements pertaining to winter safety. These statements are available below, and will also be broadcast over NOAA All Hazards Weather Radio and sent over the NOAA Weather Wire.In summary, we offer these basic reminders:Winter Weather Preparations 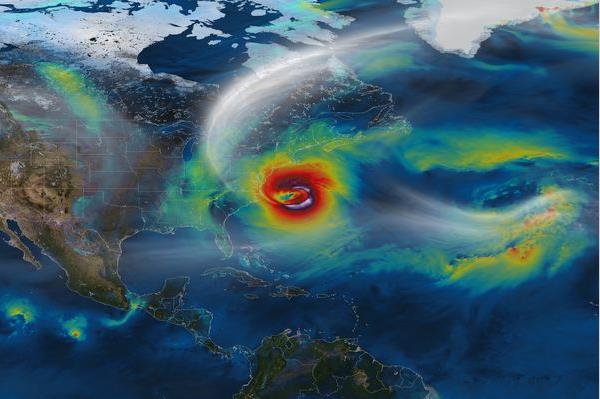 Hurricane Sandy One Year Later: 10 Places That Are Still Suffering. Rolling Stone has the update; here’s an excerpt: “One year after Hurricane Sandy ravaged the Northeast coast, some of the hardest-hit communities continue to struggle with the storm’s damage. Many of the areas most devastated by Sandy were home to low-income people who are now homeless. Even when families evicted by the storm have found somewhere safe to stay, they are frequently forced to bunk up with other families or sleep on the floor. Others hit the dunes. Making matters worse, winter is fast approaching. In New York City, families that were already vulnerable to the housing crisis now face incredible burdens to finding affordable shelter in their communities. “Sandy was extremely devastating, but it actually uncovered and brought to light an already existing problem, which was a lack of affordable housing,” says Ismene Ispeliotis, executive director of the Mutual Housing Association of New York. “Now you have hundreds and thousands of additional families going into the shelter system and burdening available housing…” (Image: NASA).

Obama Signs Order On Response To Weather Disasters And Climate Change. Here’s a clip from an article at The Washington Post: “A year after Hurricane Sandy devastated the East Coast, President Obama signed an executive order Friday to make it easier for states and local governments to respond to weather disasters. The executive order establishes a task force of state and local officials to advise the administration on how to respond to severe storms, wildfires, droughts and other possible effects of climate change. The task force includes governors of seven states — all Democrats — and the Republican governor of Guam, a U.S. territory. Fourteen mayors and two other local leaders also will serve on the task force. All but three are Democrats…” 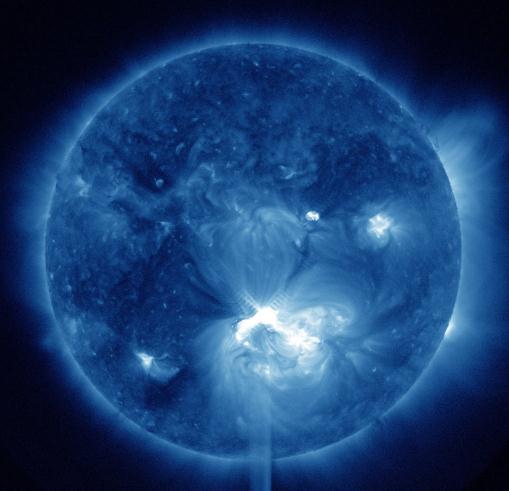 Solar Activity Heads For Lowest Low In Four Centuries. No, it’s not the sun heating things up (that’s the first thing climate scientists analyzed). Here’s an excerpt from New Scientist: “The sun’s activity is in free fall, according to a leading space physicist. But don’t expect a little ice age. “Solar activity is declining very fast at the moment,” Mike Lockwood, professor of space environmental physics at Reading University, UK, told New Scientist. “We estimate faster than at any time in the last 9300 years.” Lockwood and his colleagues are reassessing the chances of this decline continuing over decades to become the first “grand solar minimum” for four centuries. During a grand minimum the normal 11-year solar cycle is suppressed and the sun has virtually no sunspots for several decades. This summer should have seen a peak in the number of sunspots, but it didn’t happen…” (Image: NASA). 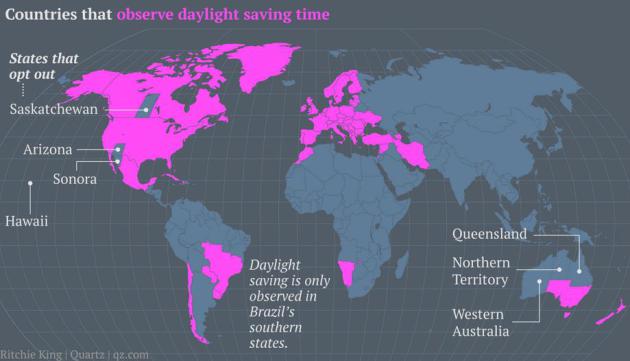 The U.S. Needs To Retire Daylight Savings And Just Have Two Time Zones – One Hour Apart. Quartz has the Op-Ed, here’s the intro: “Daylight saving time ends Nov. 3, setting off an annual ritual where Americans (who don’t live in Arizona or Hawaii) and residents of 78 other countries including Canada (but not Saskatchewan), most of Europe, Australia and New Zealand turn their clocks back one hour. It’s a controversial practice that became popular in the 1970s with the intent of conserving energy. The fall time change feels particularly hard because we lose another hour of evening daylight, just as the days grow shorter. It also creates confusion because countries that observe daylight saving change their clocks on different days…” 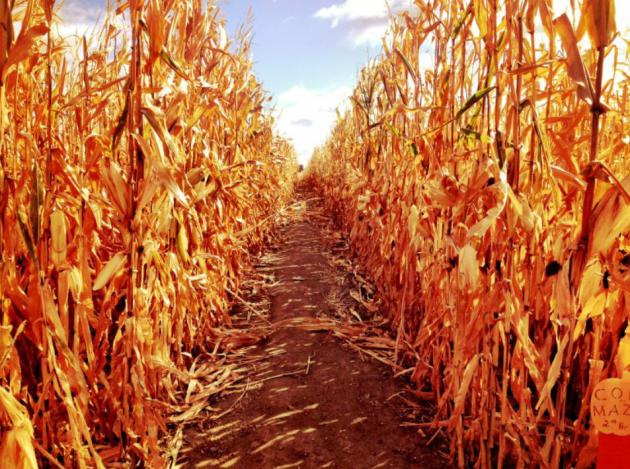 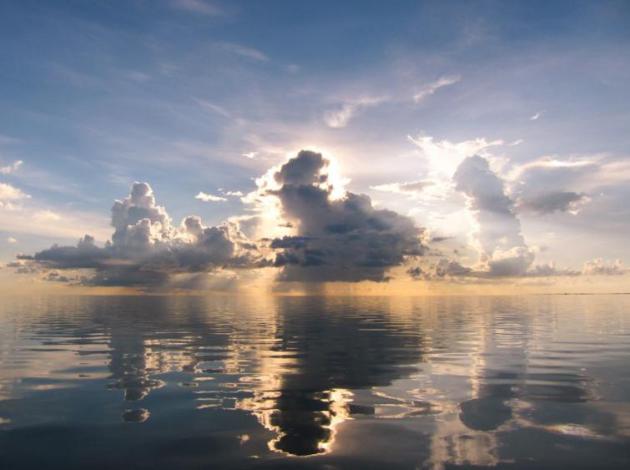 Climate Change Seen Posing Risk To Food Supplies. Here’s an excerpt of a Justin Gillis article at The New York Times: “…In a departure from an earlier assessment, the scientists concluded that rising temperatures will have some beneficial effects on crops in some places, but that globally they will make it harder for crops to thrive — perhaps reducing production over all by as much as 2 percent each decade for the rest of this century, compared with what it would be without climate change. And, the scientists say, they are already seeing the harmful effects in some regions…” 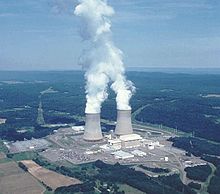 Experts Say Nuclear Power Needed To Slow Warming. The reason? Renewables are scaling up rapidly, but may not be able to provide enough energy fast enough to meet global (low-carbon) needs. Here’s a snippet of a story from AP at KOTA News: “Some of the world’s top climate scientists say wind and solar energy won’t be enough to head off extreme global warming, and they’re asking environmentalists to support the development of safer nuclear power as one way to cut fossil fuel pollution. Four scientists who have played a key role in alerting the public to the dangers of climate change sent letters Sunday to leading environmental groups and politicians around the world. The letter, an advance copy of which was given to The Associated Press, urges a crucial discussion on the role of nuclear power in fighting climate change….” 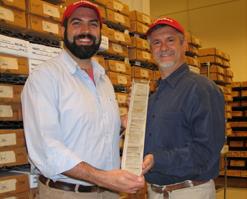 New Finding Shows That Climate Change Can Happen In A Geological Instant. This story at phys.org made me do a double-take. Remember, we don’t know what we don’t know. It’s the “unknown unknowns” that worry climate scientists the most. Tipping points? Sudden swings into a new climate state? At the rate CO2 is building up in the atmosphere anything is possible in the years ahead. Here’s an excerpt: “Rapid” and “instantaneous” are words geologists don’t use very often. But Rutgers geologists use these exact terms to describe a climate shift that occurred 55 million years ago. In a new paper in the Proceedings of the National Academy of Sciences, Morgan Schaller and James Wright contend that a doubling in carbon dioxide levels, the surface of the ocean turned acideic in over a period of weeks or months and global temperatures rose by 5 degrees centigrade – all in the space of about 13 years. Scientists previously thought this process happened over 10,000 years…”Photo credit above: “Morgan Schaller, James Wright, and the core sample that helped them understand what happened – and how fast it happened – 55 million years ago.” Credit: James Wright, Rutgers University. 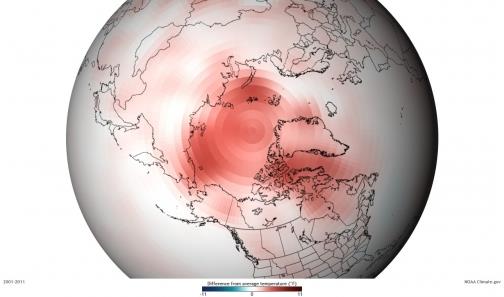 Last Time Arctic Was This Warm Was 120,000 Years Ago. Here’s a headline that got my attention. Andrew Freedman has the story at Climate Central: here’s an excerpt: “Average summer temperatures in the Eastern Canadian Arctic during the past 100 years are hotter than they have been in at least 44,000 years, and possibly as long as 120,000 years, according to a new study. The study of mosses emerging from beneath receding glaciers on Baffin Island — the world’s fifth-largest island located west of Greenland — confirms that rapid Arctic warming has already put parts of the region in new climatic territory. Arctic warming is transforming the Far North by melting sea and land ice, speeding spring snowmelt, and acidifying the Arctic Ocean. Arctic warming may even be redirecting the jet stream in the northern midlatitudes, making some types of extreme weather events more likely in the U.S. and Europe…”Image credit above: “Departure from average of Arctic surface temperatures during the first decade of the 21st century, as compared to the 1971-2000 average. The map illustrates that no part of the Arctic experienced cooler-than-average conditions during this period.” Credit: NOAA.

Pacific Ocean Warming At Fastest Rate In 10,000 Years. Here’s a clip from Penn State climate scientist Michael Mann at Huffington Post: “Just how rapid is the current rate of warming of the ocean? There is an interesting new article by Rosenthal and collaborators in the latest issue of the journal Science entitled “Pacific Ocean Heat Content During the Past 10,000 Years” that attempts to address this question. The article compares current rates of ocean warming with long-term paleoclimatic evidence from ocean sediments. So how rapid is the ocean warming? Well, for the Pacific ocean at least, faster than any other time in at least the past 10,000 years. The study finds, specifically, that (to quote Columbia University’s press release) the “middle depths [of the Pacific Ocean] have warmed 15 times faster in the last 60 years than they did during apparent natural warming cycles in the previous 10,000…” 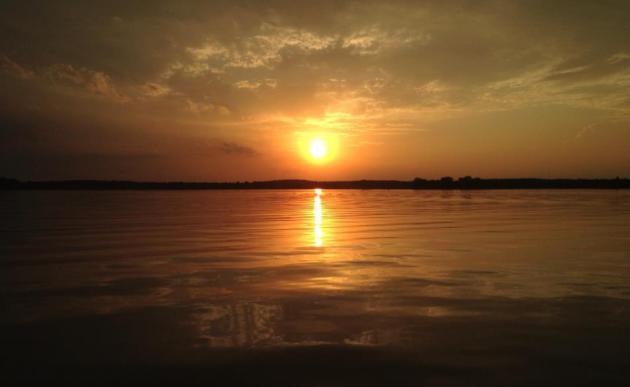 Study: Northern Hemisphere Summers Now Warmest Of Last 600 Years. Rawstory.com has the article; here’s the intro: “Summers in the northern hemisphere are now warmer than at any period in six centuries, according to climate research published on Wednesday in the science journal Nature. Harvard University researchers analysing evidence from Arctic tree rings, ice cores, lake sediments and thermometer records said recent warm temperature extremes in high northern latitudes “are unprecedented in the past 600 years” both for magnitude and frequency. “The summers of 2005, 2007, 2010 and 2011 were warmer than those of all prior years back to 1400,” they reported…”