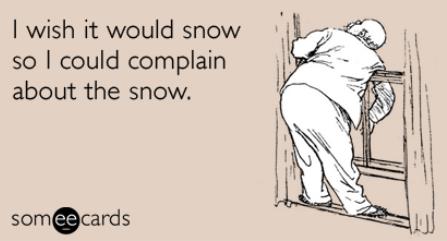 Psychology of SnowA veritable blizzard of e-mails, texts, tweets and calls came into my office yesterday from concerned citizens. You would have thought I was tracking a cloud of radioactivity, a volcanic eruption near Willmar – or maybe a swarm of zombies showing up on Doppler.“Is it going to be bad?” No. It’s just snow.“Why do we panic so much now for just a few inches of snow?” someone asked at a St. Paul Rotary talk yesterday. Great question. My hunch? Far more traffic on area roads. An inch of snow at the wrong time (and temperature) can wreak havoc with people’s schedules. That, and a steady drumbeat of weather drama in the media. Hey, storms are good for ratings, right?The reality: it’s tough getting a huge pile of snow when there’s so much mild air already in place, and soil temperatures are still relatively warm from a few days in the 40s and 50s. A fresh blast of arctic air usually precedes our most notable snowfalls, when not only the air but the ground is cold enough for the snow to stick and accumulate rapidly.Our quick shot of slush gives way to chilled sun later today, any snow in your yard mostly-gone by Thursday. Cold but not exactly arctic. A zonal, west to east wind flow from the Pacific may prevent any extended bitter outbreaks looking out the next 2 weeks or so. 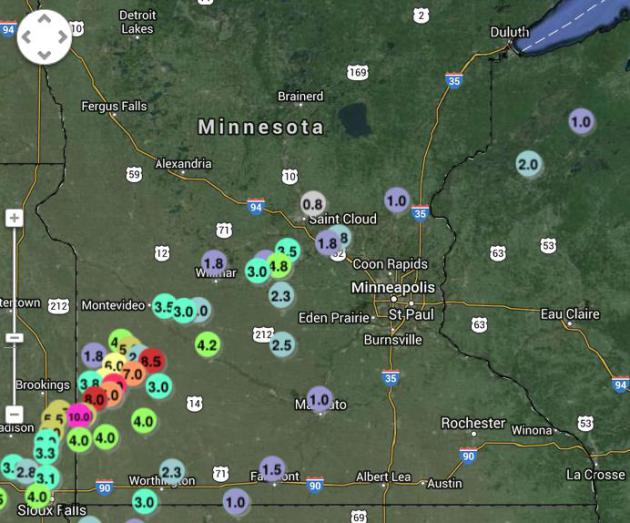 Saved By Warm Ground Temperatures. Monday and much of Tuesday models consistently brought the heaviest snow bands just south/east of the Twin Cities. But after a few days of 40s and 50s ground temperatures were too warm for rapid accumulation. It turns out the heaviest band set up just north/west of MSP, some 2-4″ amounts as of midnight over Wright County, as much as 4-9″ over far southwest Minnesota as of midnight. Click here for the latest map showing snowfall totals. For an updated look at (text) amounts click here, data courtesy of NOAA. Yes, air temperatures in the lowest mile matter, so do soil temperatures. 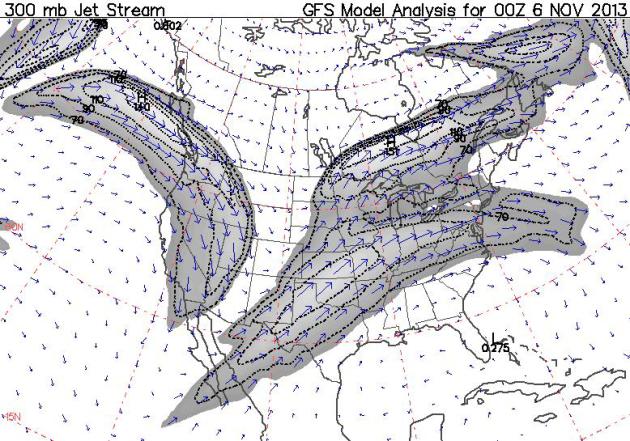 Modified Zonal Flow. The map above shows 300mb jet stream winds as of Tuesday evening at 6 PM, howling from the southwest for much of America. Winds aloft are forecast to be zonal, blowing primarily from west to east, looking out the next 2 weeks, keeping any bitter air well north of the USA. Cold air will still push into the northern states from time to time, but as long as steering winds blow from the Pacific (and not the Yukon) we’ll avoid tracking Arctic air. Map: San Francisco State University. 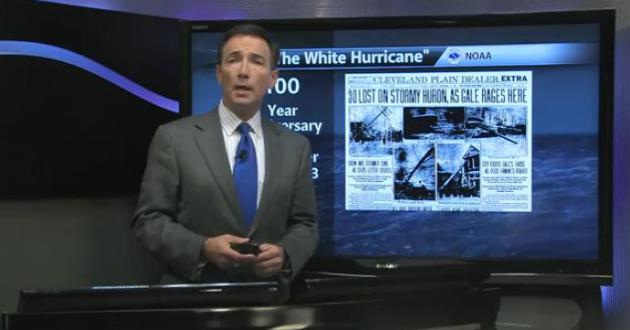 “The White Hurricane” – How Far We’ve Come With Weather Technology. In 1913 how did mariners get updated storm information? They didn’t. When they left port they were on their own. That’s problematic when an extreme storm with 90 mph wind gusts whips up. In today’s edition of Climate Matters we take a look back in time, and project forward to a continued mild bias for much of the USA east of the Rockies the next 2 weeks. Is El Nino coming back? The trends seem to suggest that may be the case by early 2014: “WeatherNationTV Chief Meteorologist Paul Douglas looks back at “The White Hurricane” that took the lives of nearly 270 mariners on the Great Lakes. Also, what do the next few weeks have in store and could we see El Niño this winter?“ 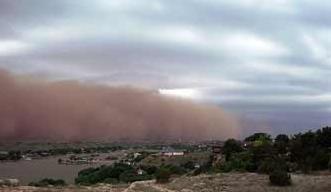 Along An Arizona Highway, Dust Storms A Deadly Part Of Life. Weatherbug has the article; here’s the introduction: “The intense dust that blew through a stretch of highway, killing three people and injuring others Tuesday, is nothing new for the residents of a southern Arizona town between Tucson and Phoenix. Every couple years a dense ribbon of dust — roughly a quarter-mile high and 20 to 30 miles long — causes a wreck along the same stretch of highway, near the town of Picacho, said Ken Waters, a warning coordination meteorologist for the National Weather Service in Phoenix. Edward Bruce Martan, 63, was born and raised in this town and said he can almost sense when a ribbon is about to hit. “You can feel it,” he said. “It`s when a cool weather front comes through. You can just predict it. It`s the same place every time. Milepost 214…” 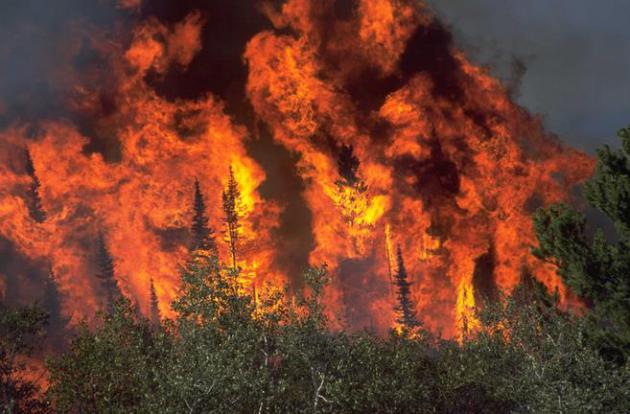 The 5 Things You Need To Know About Wildfires. Here’s a clip from a story atHuffington Post: “With each passing dry season, it seems headlines about devastating wildfires are becoming increasingly commonplace. In 2012, such blazes consumed an acreage equivalent to the combined size of Massachusetts and Connecticut. This year has likewise proved to be exceptionally devastating in many regards. You’ve likely heard conversations about the Rim Fire — California’s fourth-largest wildfire ever, burning a total of 260,000 acres — or the Yarnell Fire, a tragedy that claimed the lives of 19 firefighters in Arizona. After hearing about these events time and time again, one might develop questions that most articles on the topic fail to address. Why do wildfires continue year after year? Can’t we do something to better manage fires?” (Image above: Capital Weather Gang). 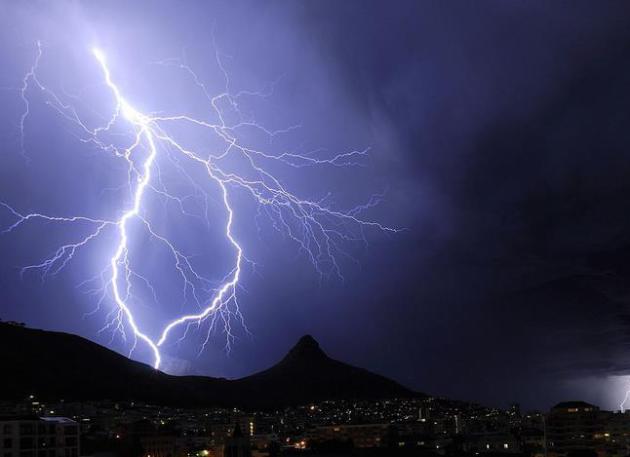 Death By Lightning A Danger In Developing Countries. It’s an ongoing danger here too, but we have technologies and warning systems (and mass media) that many countries simply don’t have access to. National Geographic has the report; here’s a clip: “Developing countries have long lists of problems—illiteracy, disease, hunger, corruption. There’s one more problem that has gotten less attention, until recently: lightning strikes, which cause a disproportionately high number of deaths in developing countries. Thanks to years of public education campaigns, most Americans know that “when thunder roars, go indoors.” But that basic guideline isn’t as well known in many developing countries, which consistently see hundreds or even thousands of deaths and injuries per year from lightning strikes. Experts point to lack of education, but a number of doctors and meteorologists from around the world are trying to change that…”
Photo credit above: “South Africa’s Cape Town had a severe electrical storm that ripped through the skies at regular intervals for more than an hour.” Photograph by Lynda Smith, Your Shot, National Geographic.
Climate Stories…. 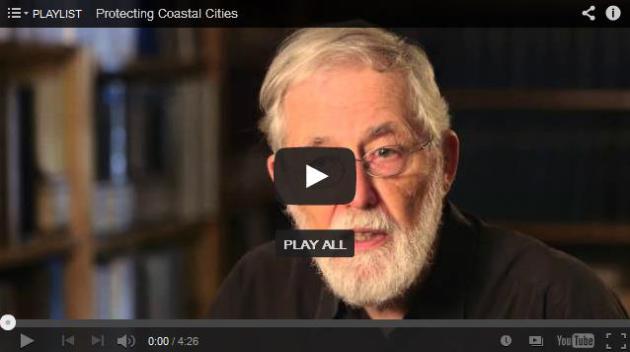 The Storm Of The Century That Comes Year After Year. No kidding. The PBS Newshour has the story (and video); here’s a clip: “Klaus Jacob, a special research scientist with the Lamont-Doherty Earth Observatory, discusses the possible link between Hurricane Sandy, climate change and a move toward more frequent and disastrous weather events. Plus, why the 100-year-storm will become the two-year storm by the end of the century. For more, watch Miles O’Brien’s reports on preparing for the next superstorm. This series was created in partnership with NOVA and derived fromMegastorm Aftermath…”

The Subterranean War On Science. Here’s an excerpt from an eyebrow-raising article at The Association for Psychological Science: “…This conspiratorial element provides a breeding ground for the personal and professional attacks on scientists that seemingly inevitably accompany science denial. The present authors have all been subject to such attacks, whose similarity is notable because the authors’ research spans a broad range of topics and disciplines: The first author has investigated the psychological variables underlying the acceptance or rejection of scientific findings; the second author is a paleoclimatologist who has shown that current global temperatures are likely unprecedented during the last 1,000 years or more; the third and fourth authors are public-health researchers who have investigated the attitudes of teenagers and young adults towards smoking and evaluated a range of tobacco control interventions; and the fifth author has established that human memory is not only fallible but subject to very large and systematic distortions…” 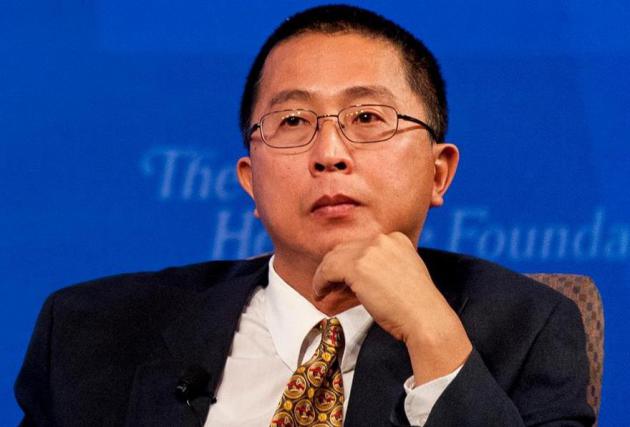 Researcher Helps Sow Climate Change Doubt. The Boston Globe has the story – here’s a clip: “…Outside the Beltway, the science is largely settled. Yet in the capital, government response to one of the major environmental and economic challenges facing the planet is mired in an endless cycle of conflicting claims and partisan finger-pointing. The work of Soon, and a handful of like-minded scientists, is seen by critics in Congress and elsewhere as a case study in how this deadlock has been engineered by energy companies and antiregulation conservatives. “They are merchants of doubt, not factual information,’’ said Senator Sheldon Whitehouse, a Rhode Island Democrat who delivers a Senate speech every week demanding stronger air-quality standards. “Their strategy isn’t to convince people that the scientists are wrong. Their strategy is simply to raise the specter that there is enough doubt that . . . you should just move onto the next issue until this gets sorted out,’’ he said. “It gives credibility to a crank point of view….’’Photo credit above: PETE MAROVICH FOR BOSTON GLOBE. “Willie Soon’s work is funded by energy industry grants.” 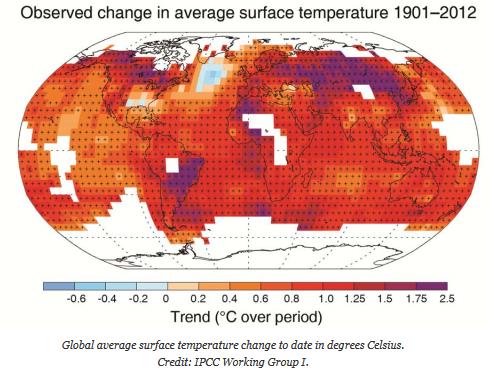 Adapting To Climate Change Does Not Mean Accepting It. Here’s a clip from an entry at Huffington Post: “…My view is that the technical breakthroughs needed for this transformation will come. I am counting on human ingenuity coupled with a growing cultural awareness of the need for clean, renewable energy. As early 20th century New Yorkers stepped through the manure in lower Manhattan, they knew that the era of horse-based transportation had reached its limit. Horses worked well in small towns, but created problems in larger cities. We know that a planet with over seven billion people cannot fuel its economy the same way it did when it was as a planet of one or two billion people.  We also need to remember that adapting to climate change does not mean that we accept it. We still need to eliminate global warming by reducing the production of greenhouse gases.”