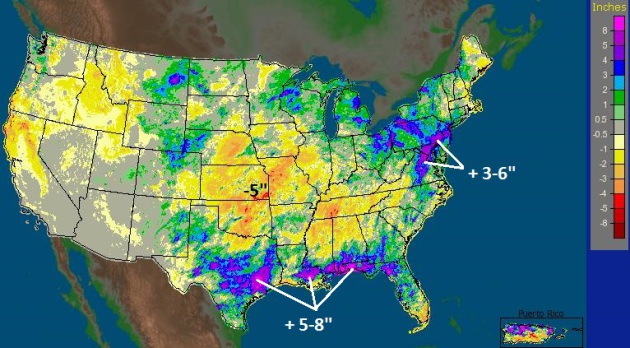 Fickle (Torrential) Rains. Rainfall deviations are as much as 5-8″ above average (for just the last 30 days!) from near Houston to New Orleans, Mobile and the Florida Panhandle, the I-95 corridor from Washington D.C. to New York has picked up as much as 3-6″ more than than average since April 29. Source: NOAA.

84 Hour Future Radar. Data from NOAA’s NAM model and HAMweather shows a cool front stalling over the Upper Midwest over the weekend, acting as a focal point for scattered showers and heavy T-storms. Meanwhile a persistent cyclonic circulation keeps torrential rains over the Lower Mississippi Valley; a storm off the east coast keeping New England in a cool northerly flow through the period. 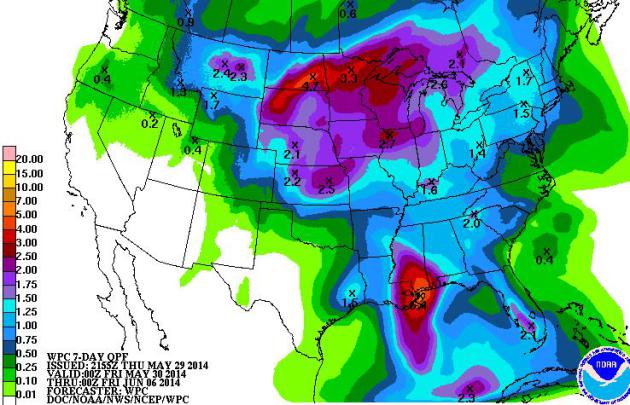 More Gulley-Washers. NOAA’s 7-Day rainfall guidance shows as much as 2-4″ of rain from the Dakotas into northern and central Minnesota and Wisconsin; more heavy T-storms from the central Plains into the Lower Mississippi Valley, where some 5-8″ amounts are possible. While the southwest remains bone-dry.

Lightning Risk. It may seem counterintuitive, but the threat of being struck by lightning is greatest prior to, and just after heavy rain associated with thunderstorms. All thunderstorms, by definition, produce potentially deadly cloud to ground lightning, and many people are struck immediately before, and after the storm hits. Just because it’s not raining doesn’t mean the threat is low – lightning can travel up to 10 miles from the parent thunderhead. Here’s an excerpt of a good explanation from NOAA: “In the first graph, the threat of lightning increases as a thunderstorm approaches, reaches a peak when the storm is overhead, and then gradually diminishes as the storm moves away. At the same time, it’s people’s behavior that determines the risk of a fatal lightning strike. While some people move inside at the first signs of a thunderstorm, many people wait far too long to get to a safe place. Some wait until the thunderstorm is overhead and it starts to rain. Others, due to poor planning, are caught outside and can’t get to a safe place. Although most people got inside, some put themselves at risk by touching items that could become electrified by a nearby lightning strike. Finally, many people go outside too soon after the storm has seemingly passed, often only waiting for the rain to become lighter or end. It is all of theseÂ  unsafe behaviors that put people at risk when thunderstorm are in the area…” 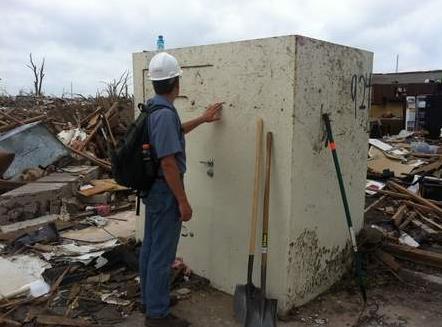 Effective Tornado-Proof Houses and Rooms: Can They Be Built? Given enough steel-reinforced concrete it’s possible to make any building more tornado-resilient, although tornado-proof may be wishful thinking. But can reinforced “safe rooms” be added which will withstand most tornadoes? Here’s an excerpt of a story at The Washington Post’s Capital Weather Gang: “…By the way, it bears repeating (from the earlier post) that even the relatively small expense of a safe room might seem unnecessary to some, as statistics have shown that even in tornado alley, the chances of a particular home being struck by a tornado during its rated life span of 50 years is only about 1%. On the other hand, keep in mind that if you are in that 1%, the destructive force of a 150 mph wind is not 3 times that of a 50 mph wind—it’s more like 9 times! And in case you’re wondering, the Texas Tech Wind Science and Engineering Research Center has grave misgivings about remote underground shelters—even though they’re in considerable use–because people tend to wait until the last possible minute before taking refuge, thereby subjecting themselves to flying debris, etc.)…” 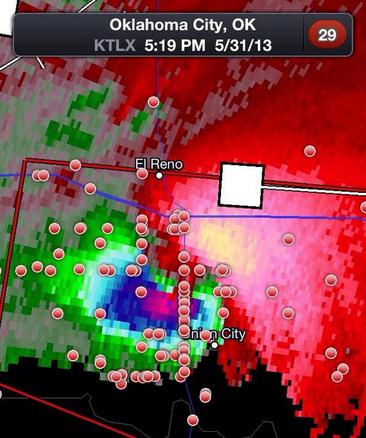 Tornado Titillation or Public Service? So is airing tornado footage, after the fact, a good idea? Does it tempt others, without training or experience, to rush headlong into supercells with iPhones held high, tempting fate in the process? There’s anecdotal evidence that streaming LIVE tornado footage from webcam, spotters or chasers confirms the fact that there’s a life-threatening storm moving in, prompting people to take action and head for the basement or another shelter. I asked Severe Studios founder Kory Hartman for his thoughts in the wake of the (reckless) tornado footage from Watford City, North Dakota: “El Reno killed some of the best and most knowledgeable chasers of all time. If that somehow inspires people to grab a Camaro and a camcorder and go flying after storms at 90mph with no experience, then God help them.” He added “live video is very valuable as the “social science” confirmation that a tornado is heading toward a person’s house. The video of chasers getting hit by tornadoes should be a “caution” to people. After El Reno, most of my chasers have learned to leave earlier, have more escape routes, stay to the south/southeast of the storm, take others with for navigation, etc.”

* image above is a Doppler radar velocity field showing the enormous EF-5 tornado that hit El Reno, Oklahoma on May 31, 2013, killing at least one amateur storm chaser and 3 tornado research veterans, including Tim Samaras. The red dots are locations of storm spotters relative to the tornado vortex. 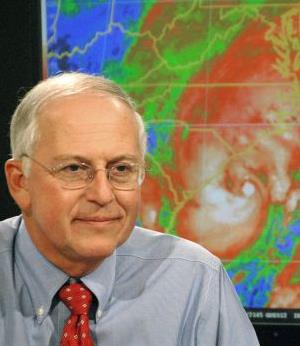 Hurricane Forecasters: Unpredictable Paths to Fame. Here’s an excerpt from AP andThe Houston Chronicle: “We see them on TV, braving tornadoes and hurricanes and flooding. Delivering the weather has put a whole new group of celebrities on the national radar: meteorologists. But what path did they take to become so well known? For some, it was a childhood obsession with storms; for others, it was a fortuitous but unpredictable turn of events With the Atlantic hurricane season opening Sunday, here are three of the nation’s most well-known meteorologists and how they reached the top of their field…”

File photo above: Andy Newman/AP. “In this Aug. 31, 2006 file photo, National Hurricane Center director Max Mayfield briefs a Charleston, S.C., television audience on the progress of Tropical Storm Ernesto, at the hurricane center in Miami. Delivering the weather has put a whole new group of celebrities on the national radar: meteorologists. Mayfield, the retired director of the National Hurricane Center in Miami, became an accidental TV personality following Hurricane Katrina in 2005.”

Researchers Turn To Drones To Gather Hurricane Information. Because drones can capture real-time data that Hurricane Hunter aircraft can’t. Here’s an excerpt of a great article from AP and Longview’s News-Journal: “…Hurricane hunter aircraft typically don’t fly below 5,000 feet and can’t descend below 1,500 feet, and real-time radar doesn’t provide information about the thermodynamics at work inside a storm’s cloudy core. Canisters stuffed with electronics dropped from the planes transmit data about a storm’s pressure, temperature, winds and moisture as they fall to the ocean, but they remain airborne for only a few minutes. The kind of drone that Cione plans to launch from the hurricane hunters will spend hours descending slowly, cruising on the air currents spinning through a storm, possibly even orbiting a hurricane’s eyewall…” 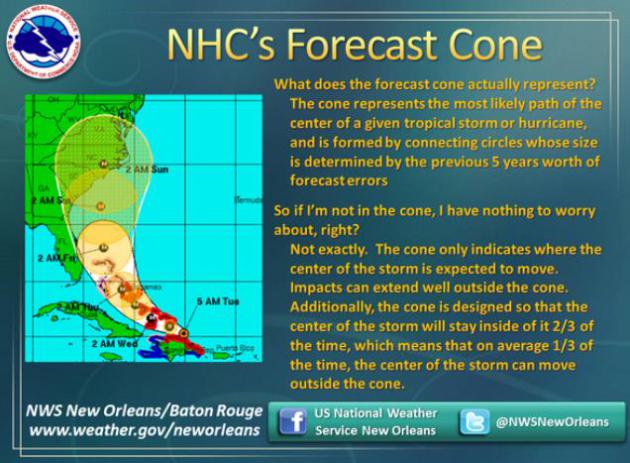 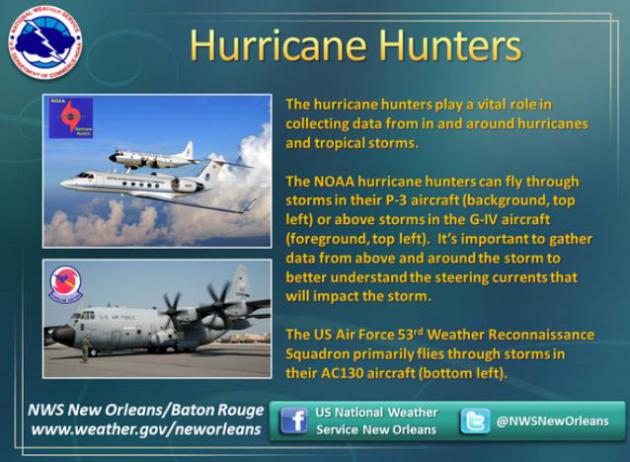 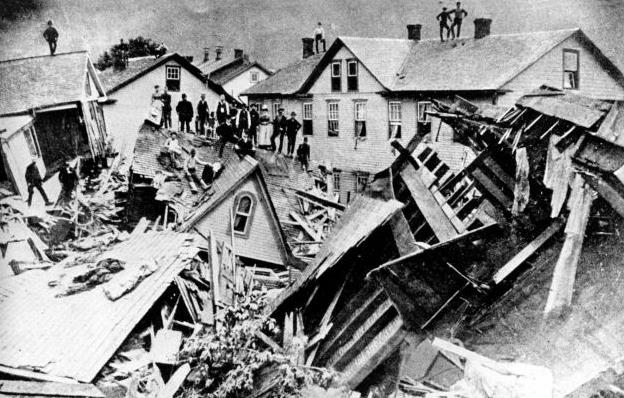 125 Years After Johnstown: Facts About The Flood. Here’s a snippet of an interesting piece from AP and seattlepi.com: ” A privately owned dam collapsed in western Pennsylvania 125 years ago on May 31, 1889, unleashing a flood that killed 2,209 people. The terrible stories from the Johnstown Flood of 1889 are still part of lore because of the gruesome nature of many of the deaths and the key role it played in the rise of theAmerican Red Cross. Here’s some of what’s known about the flood, one of the deadliest natural disasters in U.S. history…”

File photo credit: “In this 1889 file photograph, people stand atop houses among ruins after disastrous flooding in Johnstown, Pa. Facts, figures and anecdotes about the Johnstown flood in Pennsylvania, which killed 2,209 people 125 years ago, gave the Red Cross its first international response effort and helped set a precedent for American liability law.” Photo: Uncredited, AP. 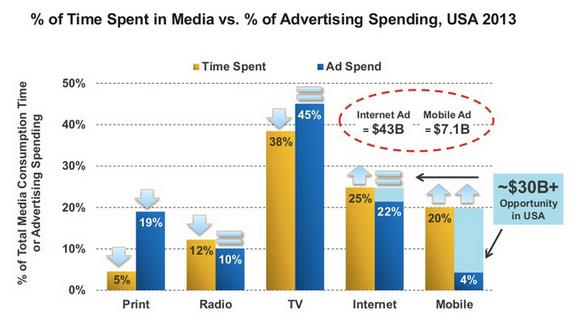 Mobile Is Eating Global Attention: 10 Graphs on the State of the Internet. Here’s an interesting article at The Atlantic that shows how advertising has yet to catch up with the fastest-growing form of media consumption: mobile devices. An excerpt: “…Eyes move faster than ads. It was true for TV: In 1941, when the first television ads appeared with local baseball games, radio and print dominated the media advertising market. Now it’s true for mobile, which is practically a glass appendage attached to working Americans and commands more attention than radio and print combined, even though it only commands 1/20th of US ad spending. Google and Facebook own the future of mobile advertising, for now. But the present of mobile monetization isn’t ads. It’s apps…”

Skype Translator Means Never Having To Learn Another Language Again. This is pretty cool, I have to admit. Details via Huffington Post: “Language barriers are about to be broken way down. Microsoft showed off its Skype Translator feature at the inauguralCode Conference in Rancho Palos Verdes, California, on Tuesday. Skype Translator allows users speak to into the video chatting service in their language of choice. The words are then translated into the recipient’s preferred language. The system will hear users’ words and do its best to translate them in real time. The display will show a text translation of what was just spoken in case the automated voice isn’t able to handle a pronunciation or moves too fast…” 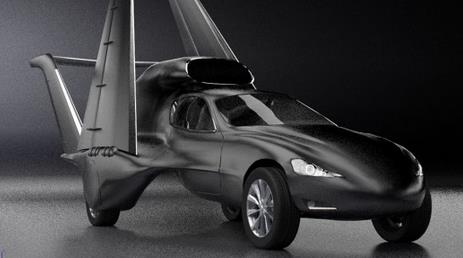 GF7 Car Design Could Legally Hit 550 MPH – In The Sky. I’ve been a little disappointed with the 21st century. Internet speeds are faster and I can do some pretty cool things on my smart phone, but where are the computerized butlers and flying cars? We may be one step closer to the flying car fantasy, according to Gizmag: “Greg Brown and Dave Fawcett are working on an design that they hope will yield something we’ve spent decades waiting for – a flying jet-propelled car. A sleek cross between a business jet with a luxury automobile, the GF7 drives on electric motors while on the ground, then can extend wings and use a 3,500-lb thrust jet engine to fly to 38,000 ft (12,000 m) and speeds of 550 mph (885 km/h). The (obvious) catch: if this ambitious project does get of the ground, it won’t come cheap…”

Someone’s not getting a refund from the IRS: