* record May rainfall in Oklahoma City; over 12″ has fallen at KOKC. The drought is over. 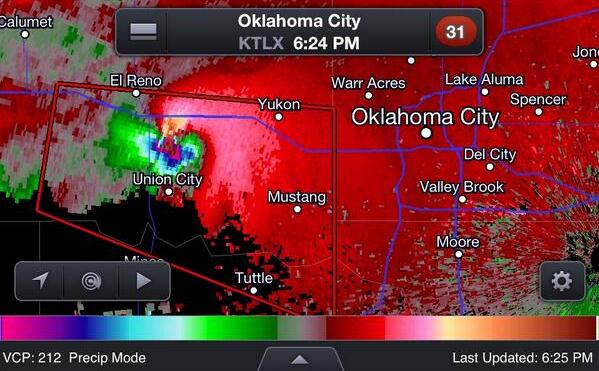 Another Tornado Emergency. Here’s a RadarScope image showing velocity fields at the height of yesterday’s rain-wrapped (multi-vortex) tornado that hit the western and southern suburbs of Oklahoma City. It’s been a terrifying month for local residents, light to moderate damage reported again in Moore, hit so hard by an EF-5 early last week. 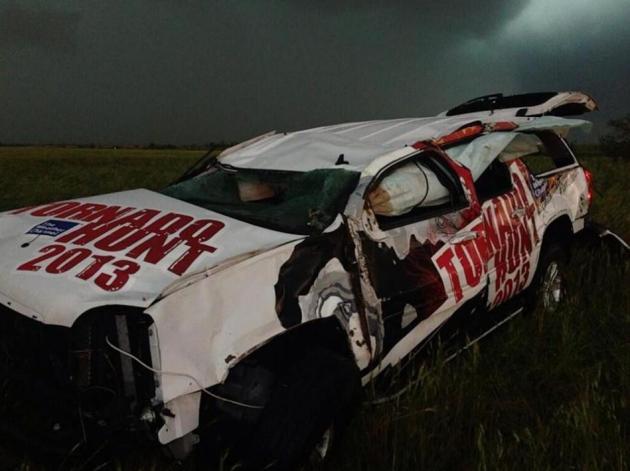 The Dark Side of Tornado Chasing. Sometimes you chase the tornado – sometimes the tornado chases you. I’m relieved Mike Bettes from The Weather Channel is OK, reports of bumps, bruises and cracked ribs as the vehicle was rolled during yesterday’s freak tornado outbreak. This twister was erratic, a “right-turner” – it veered to the right, catching many storm chasers offguard. Yesterday there were hundreds, possibly thousands of tornado chasers converging on Oklahoma City, professionals and amateurs. One of these days there’s going to be a terrible tragedy among the chaser/spotter community. Yesterday we got a glimpse of how things can go south (literally) in a hurry. 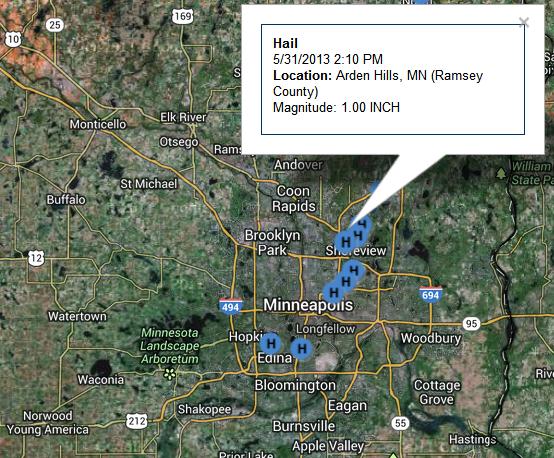 Friday “Hailers”. T-storms bubbled up in a hurry yesterday afternoon, producing a trail of 1″ hail from Edina and Richfield to Arden Hills and Roseville, a period of torrential rain for downtown Minneapolis. SPC issued a Severe Storm Watch for the eastern suburbs and Wisconsin; big storms popping along the leading edge of a cooler front. Details from the KMPX Twin Cities office of the National Weather Service. 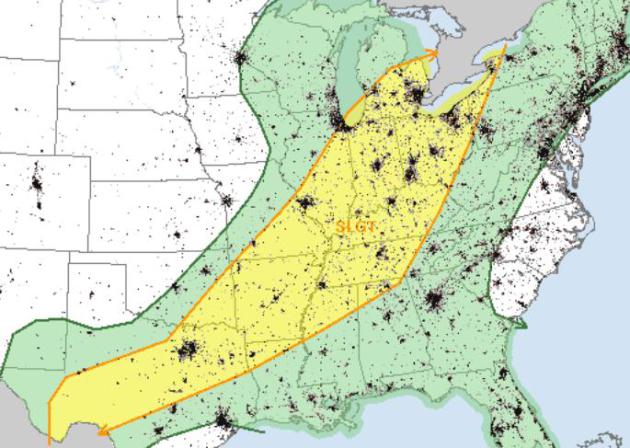 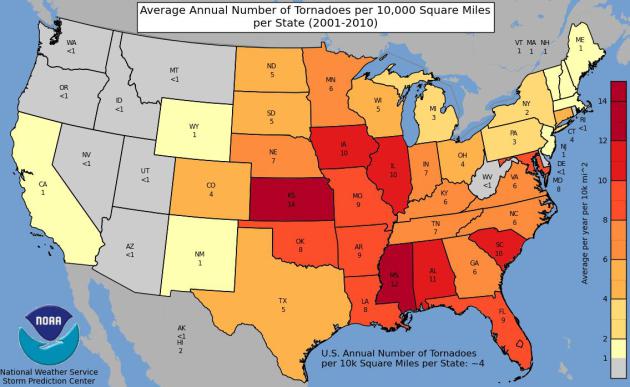 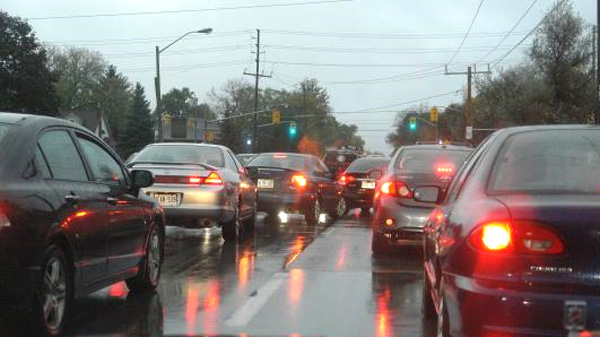 A May To Remember (Or Promptly Forget). Amen. Here’s an excerpt from this week’s edition of WeatherTalk, courtesy of Dr. Mark Seeley: “…Combined with the precipitation for March and April, the overall spring season (March-May) was the wettest in history for southeastern Minnesota, saturating soils, and putting streams and rivers near bank full. Statewide this spring is likely to end up among the top ten wettest in history. The snow storm over the first few days of May established some records in southeastern Minnesota as well. Dodge Center reported a statewide daily record snowfall for May with 15.4 inches on the 2nd. Observer reports for snow totals ranged from 9 inches (Albert Lea) to 17.3 inches (Ellendale) across many areas of southern Minnesota in one of the snowiest Mays in state history…”

Looks Like A Saturday. NOAA’s NAM model shows showers pushing across Minnesota today, in response to a cold storm in the upper atmosphere. An eastbound cool front sparks severe T-storms across the Great Lakes, Ohio Valley and Mississippi Valley; dry weather the rule out west. 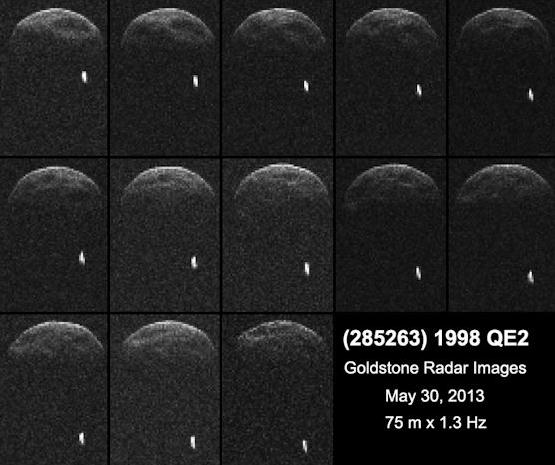 Don’t Sweat The Showers. Yesterday’s asteroid encounter with Earth was a little close for comfort; details from NASA: “Approaching asteroid 1998 QE2 has a moon. Researchers found it in a sequence of radar images obtained by the 70-meter Deep Space Network antenna at Goldstone, Calif., on the evening of May 29th (May 30th Universal Time) when the asteroid was about 6 million kilometers from Earth. The preliminary estimate for the size of the asteroid’s satellite is approximately 600 meters wide. The asteroid itself is approximately 2.7 kilometers in diameter and has a rotation period of less than four hours…”

Image credit above: “First radar images of asteroid 1998 QE2 were obtained when the asteroid was about 3.75 million miles (6 million kilometers) from Earth. The radar collage covers a little bit more than two hours.”  Image credit: NASA/JPL-Caltech/GSSR.

Extra-Tropical Storm Next Week? The ECMWF model (WSI) continues to show soaking/flooding rains for Florida by the middle of next week, a possible tropical depression or tropical storm pushing heavy seas into the Carolinas, with a shield of heavy rain extending into New York and Boston by next weekend. 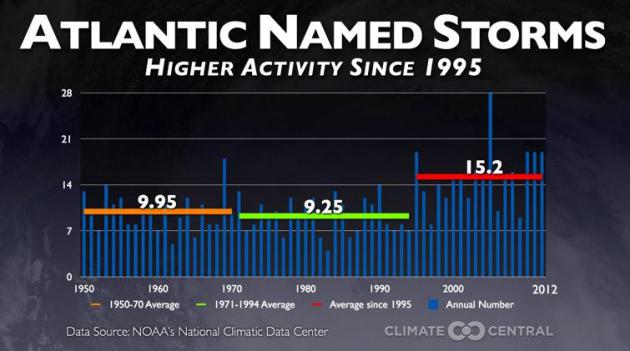 As Hurricane Season Starts, U.S. Facing Heightened Risk. More Americans living on or near the coast, coupled with a peak in the natural hurricane cycle, and warmer than normal sea surface temperatures, may set the stage for a very active hurricane season. Climate Central meteorologist Andrew Freedman has the story; here’s a clip: “…Although the U.S. has seen its fair share of damaging storms in recent years, including Hurricane Sandy in 2013 (which technically was not a hurricane at landfall), the last major hurricane to strike the U.S. was Hurricane Wilma in 2005. Scientists contacted by Climate Central warned that in part because of the dearth of major hurricanes, there may be a sense of “hurricane amnesia” setting in among coastal residents — a potentially hazardous combination for when the nation’s luck runs out….”

Graphic credit above: “Graphic showing that we’ve been in an active period of tropical cyclone activity since 1995, where the average number of named tropical storms has jumped significantly to 15.2 per year.” Climate Central. 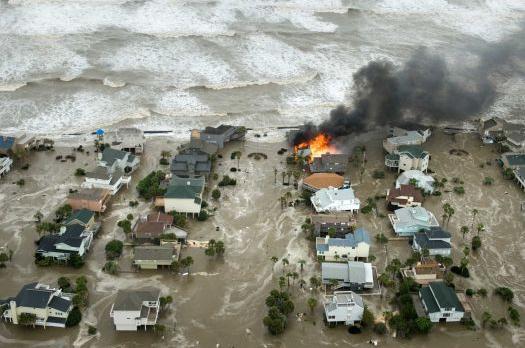 What Will Protect Us From The Next Surge? Coastal residents have good reason to fear the storm surge. Wind speeds get a lot of play in the media, but it’s the storm surge that poses the greatest risk of drowning out ahead of the eye. But as many as 1 in 4 deaths since 1950 have been associated with inland flooding, in some cases days after a tropical storm or hurricane reaches land. Here’s an excerpt from The Houston Chronicle: “The destruction wrought by Hurricane Ike in 2008 focused attention on the need for storm surge protection for the Galveston-Houston area. Researchers at Rice University found that had Ike struck slightly farther west on Galveston Island, it would have inundated scores of chemical plants and refineries. Ike would have shut down the source of 40 percent of the nation’s jet fuel, 27 percent of its gasoline and 42 percent of its chemical feed stocks. To protect industry and residents from another Ike, or worse, several storm-surge protection efforts are underway, including the well-known Ike Dike concept…”

Floome Pocket Breathalyzer Calls A Cab When You’ve Had Enough. Now here’s a handy gadget (that plugs into your smartphone) for when you’re out on the town on a Saturday night, wondering if you just had “one too many”. Gizmag.com has the story: “If you’re plans for a night out on the town involve the consumption of alcohol, it’s probably a good idea to include strategies for getting home safely when the night is over. The Floome pocket breathalyzer for smartphones from Italian start-up 2045Tech is claimed to measure your blood alcohol content (BAC) with the same level of accuracy as those used by law enforcement. If the system decides that you’re over the limit, there’s an option to call a taxi...” 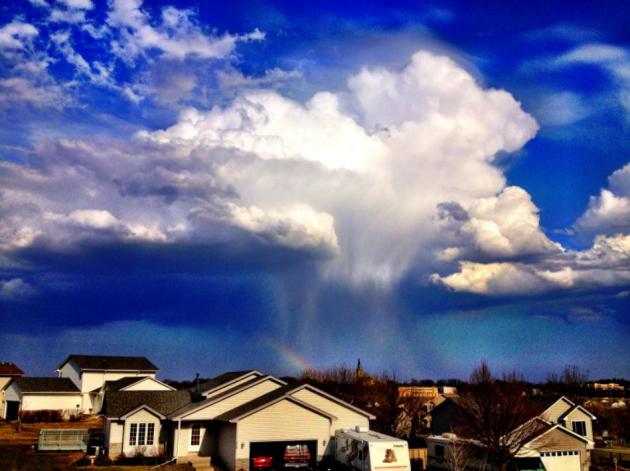 Climate Change Linked To More Pollen, Allergies, Asthma. Here’s a clip from a story at USA Today: “…Climate change might be partly to blame. Scientists see a link to carbon dioxide, a heat-trapping greenhouse gas emitted by burning coal, oil and other fossil fuels. Tests show that the more CO2 in the atmosphere, the more plants generally grow and the more pollen they produce. Though some plants grow more food or flowers as a result, more pollen can spell trouble. Doctors say it’s contributing to a rise in seasonal hay fever and allergic asthma in the USA, where the pollen season has lengthened up to 16 days since 1995. If carbon dioxide emissions continue to increase, they expect allergic conditions probably will worsen, adding to the discomfort of allergy suffers as well as swelling U.S. health care costs…”

The American Party. Will it take a third political party to address climate change, among other issues, a reaction to political extremism on both sides of the aisle? Climate scientist James Hansen believes it may be necessary in the years ahead; here’s an excerpt of his Op-Ed at Huffington Post: “…And yet moderation is just what most Americans seem to want. In such case, the fastest way to progress may be a 3rd party, a centrist party. It is very possible that the United States is ready for a centrist American Party. In 1992 Ross Perot garnered almost 20% of the votes for President. At times he had led in the polls, but he damaged his credibility in several ways, including his assertion that he had once seen Martians on his front yard. Compared with 1992, a much larger fraction of the people is fed up with the failures of both major parties. If, following the mid-term elections of 2014, there is not a strong indication of bipartisan progress, it may be time to consider the possibility of launching a major centrist 3rd party effort, not only for the Presidency but for Congress as well….”