Wind and Hail Threat for the Mid-Atlantic Tuesday
Stormy Pattern Building for the South-Central U.S. Over The Next Few Days
Parade of Fronts Continues for Northwest
Southern Four Corners Under Active Pattern
Late September Record Heat for the Central Plains
Sam is Still a Powerful Category 4 Hurricane in the Atlantic
All Weather News

19 Aug 2012, 7:06 am
Share:
Glad I made the trip out to visit my Grandparents in Wisconsin on Friday… what a beautiful day! The image below is from the dock on Bear Trap/Wapogasset Lake (or Lake Wapo to the locals). Our first REAL cool front of the season allowed cool Canadian air to settle south of the border for an extended period, something that we haven’t seen much of over the past few months. 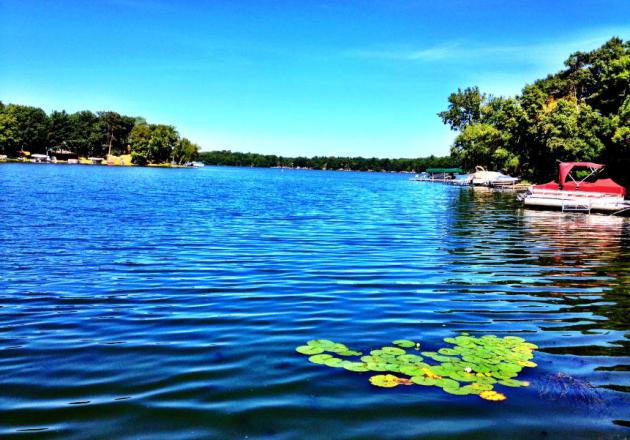 Thanks to my good friend, Dan Hanger, for the picture below. He snapped this from Duluth, MN where signs of Fall are already starting to show up. Keep in mid that the mercury dipped to 33F in Silver Bay on Friday morning! It appears that some of the foliage across the far north are already reacting to the significant loss of daylight since the Summer Solstice (in mid/late June) and the recently chilly overnight lows. 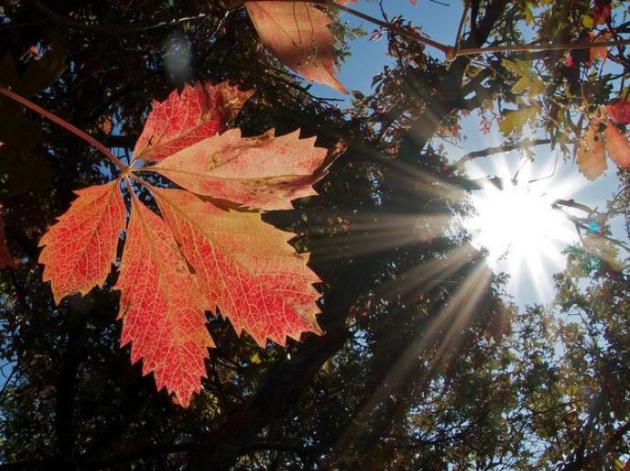 Fall Color Not Far Away

The image below from Brian Wilder’s Blog via Trulia.com, shows the average fall color peak across the nation. Note how parts of northern Minnesota start to peak in late September… that’s only a few weeks away! The rest of the state starts to peak in October. 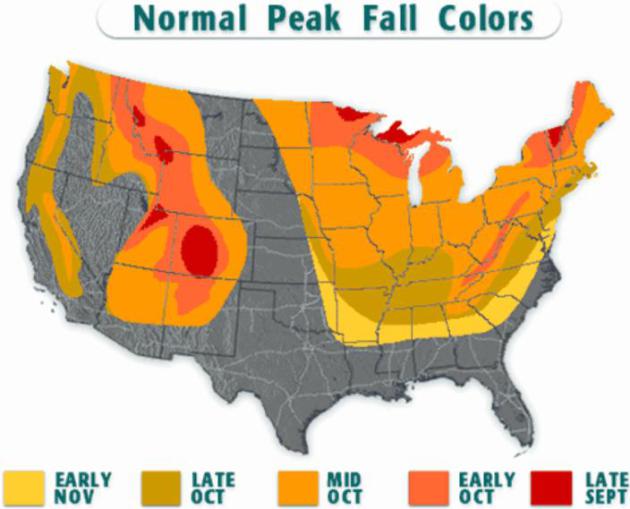 Not sure about you, but by late August my seasonal allergies start to REALLY kick in and this is the first weekend where it is starting to get ridiculous. The latest info from pollen.com suggests the worst cities for pollen across the entire U.S. are: 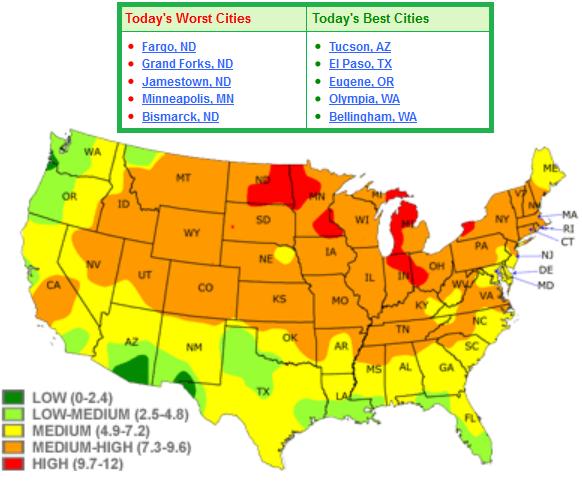 The tables below show the sunrise/sunset and time of day from mid/late June (Summer Solstice) to mid/late August (now) to mid/late September (Autumnal Equinox) for the Twin Cities. Note first how we’re losing nearly 3minutes of daylight each day (outlined in green). Sunrise/Sunset times today are 6:20am and 8:12pm, which gives us about 13hours and 52minutues of daylight. This is down almost 1hour and 45minutes from the longest day of the year about 2months ago. We are 34 days from the Autumnal Equinox, which rings in this year on September 22nd. We will lose another ~1hour and 45minutues of daylight by then!

Hurricane Season runs from June 1st to November 20th, but typically peaks in September when water temps are at their warmest. The Atlantic basin is currently quite active with several areas of interest. The National Hurricane Center continues watching Gordon and Helene, but is also watching a wave in the central Atlantic, which could become Isaac. 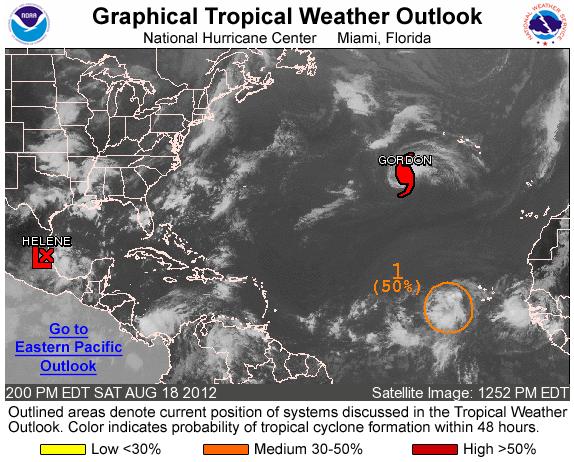 NOAA’s HPC 5 day rainfall forecast keeps most of the rain from Helene across the Gulf Coast from near New Orleans into northern Florida. Some areas could get soaked with nearly 5″ through the middle part of the week. Also note the heavy rain pockets in the Southwest due to monsoon moisture, but also not the lack of much needed moisture across the middle part of the country. 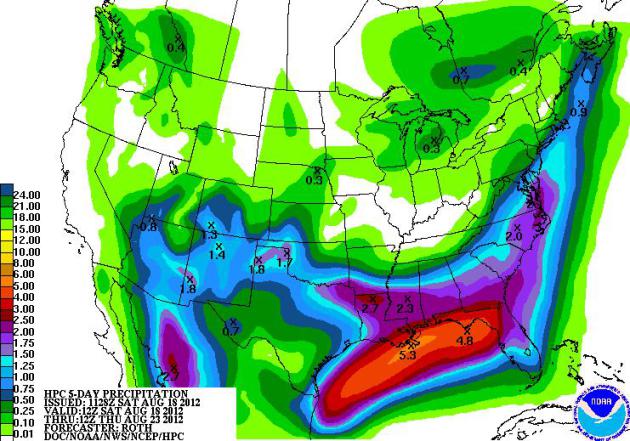 Many farmers across the nation are dealing with loss this year due to the drought. Even if we picked up significant moisture in the near future, it would be too late to recover from the significance of the lack of moisture this growing season. The image below suggests how much rain is needed to get back to normal. Remarkably, some spots need nearly one and a half feet of rain to get back to normal! 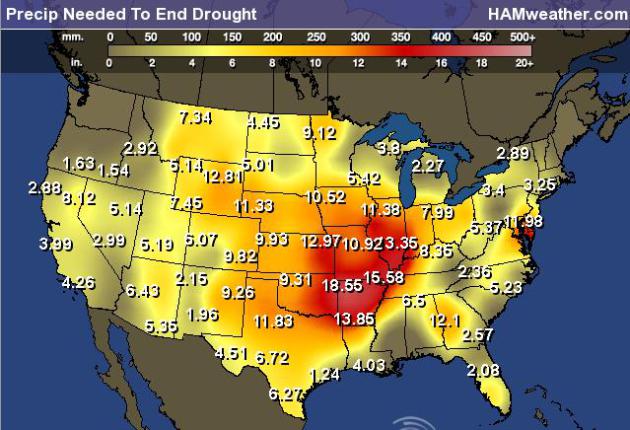 The lack of moisture through the central part of the country has also caused some issues along the Mississippi River. Not only have barges been running into low waters levels, but large (unsafe) beaches have been showing up along the shore. WNTV Meteorlogist Gretchen Mishek has more information.

New beaches appearing due to abnormally dry conditions along the Mississippi are tempting swimmers and boaters but experts say it is a dangerous situation.

Here’s more from the Washington Post: “A lack of rain in the United States’ midsection in recent months has reduced water levels in some of the nation’s biggest rivers, exposing sandbars that experts warn could be deadly quicksand. Rivers such as the Mississippi and Missouri are typically low in August, but this year’s drought has them at their lowest point in decades. The sandbars that are revealed look like beaches, inviting boaters, fishermen and hikers to venture out. Experts agree that can be a very bad idea. Steve Barry, emergency management chief for the Corps of Engineers office in Memphis, Tenn., said the exposed sand looks dry on top but it is really saturated mud. Combined with the undercurrent of water in the fast-moving rivers, that creates a true danger.”

Unfortunately for folks dealing with drought this year, the precipitation outlook for meteorological fall is not suggesting above normal chance chances of widespread precipitation. 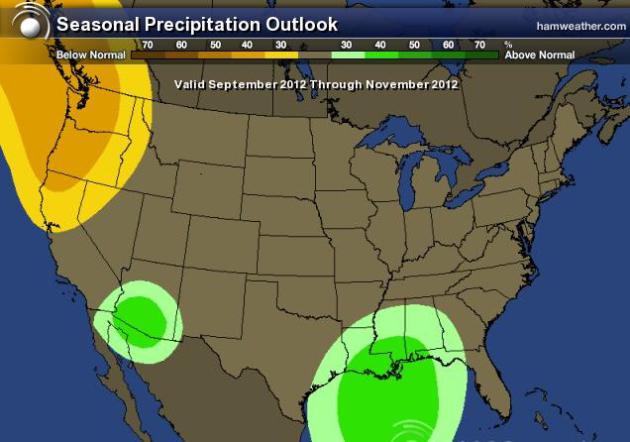 It sure is nice to have a little reprieve from the excessive heat as of late, but the Climate Prediction Center suggests that meteorological fall will consist of above normal temperatures through the middle part of the country. There is an above normal chance that this will occur. 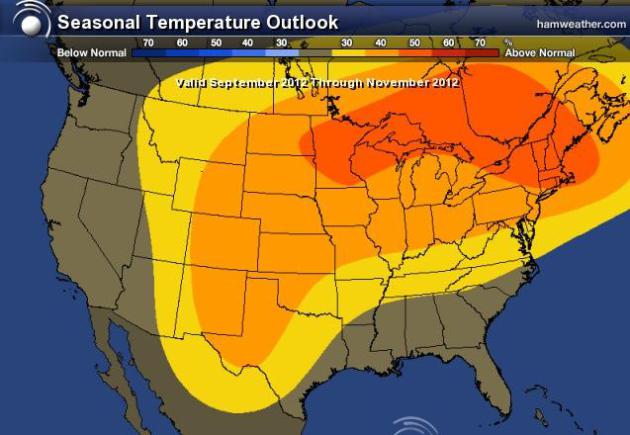 LOL – For those of you interested in what the winter will bring, Jon Collet says that after careful study and calculation, he came up with this extended winter forecast for snowfall… Thanks for a good chuckle Jon. 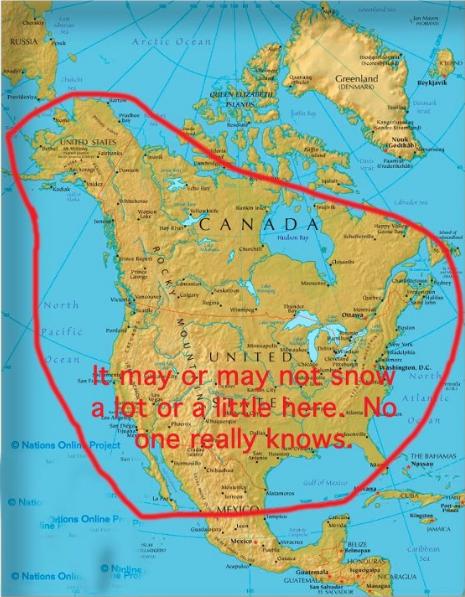 Thanks for checking in, have a great rest of your weekend and week ahead! 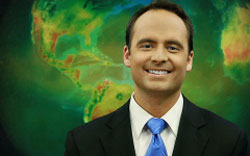