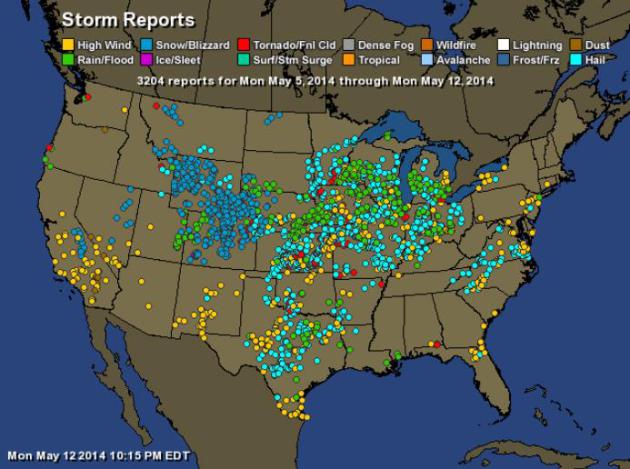 1 Week’s Worth of Severe Storm Reports. From heavy snow in Wyoming and Colorado to high winds in California to blowing dust over the southern Plains and flooding rains across the Midwest (green dots) and scattered tornadoes (displayed as red dots above), it was another wild week of weather; over 3200 severe storm reports according to NOAA. Map: HAMweather.

Downtown Tornadoes: What To Do If You’re In A High-Rise. We’ve devoted considerable attention to what you can do to lower risk if you don’t have a basement or storm shelter, but what if you’re caught in an office tower or downtown condo? There are steps you can take to dramatically lower the risk. We also dispel a nagging myth: tornadoes can’t hit cities. It’s happened repeatedly over the years, from Salt Lake City to Oklahoma City, Chicago, Louisville, Worcester, MA, even Miami. St. Louis has been struck 4 times in just the last century. Those are the topics of today’s Climate Matters segments: downtown tornadoes, and tornado safety for high-rise buildings.* EF-1 tornadoes just hit metro Omaha. Details from WOWT-TV.

Slow-Motion Weather Map. Once again a storm is about to “cut-off” from the main belt of westerlies, prolonging drenching rains from the Lower Mississippi Valley up the Appalachians by late week, resulting in some 2-5″ rainfall amounts with flash flooding. It’s a tale of the moisture-haves out east, and the moisture-have-nots west of the Rockies. NAM Future Radar courtesy of NOAA and HAMweather. 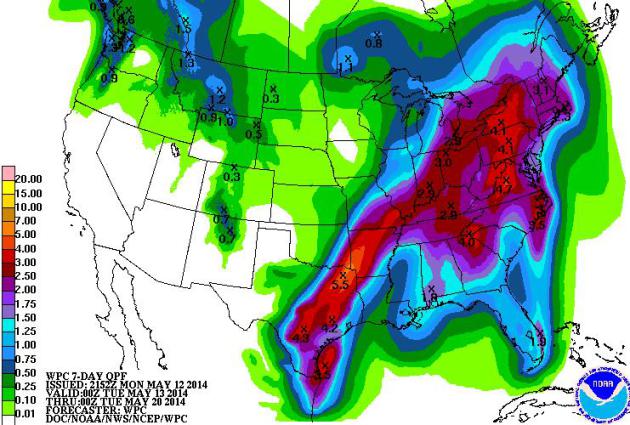 7-Day Rainfall. NOAA guidance shows potentially torrential rains from Dallas and Little Rock to Louisville, Indianapolis and Pittsburgh as a very slow-moving storm limps across the eastern USA. Meanwhile brushfires continue to burn from Texas and New Mexico into Arizona; most of the Southwest remains bone-dry.

More Jaw-Dropping Extremes across the USA: 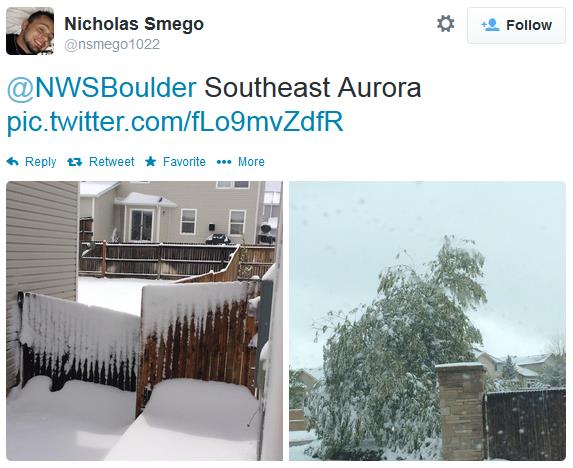 What May? It still looks like early March in the suburbs of Denver and Boulder, including Aurora, where heavy wet snow damaged trees (and depressed even the ski buffs). Source:Twitter. 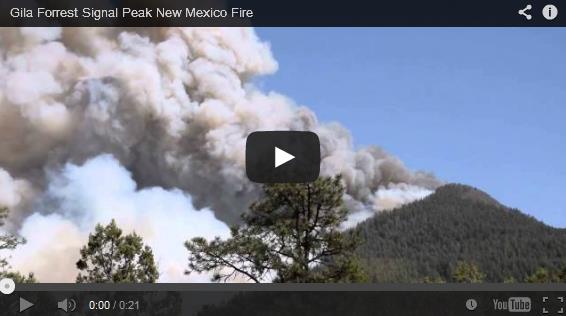 New Mexico Wildfire Forces Evacuations, Threatens College Town. Here’s an excerpt from a story at Reuters: “A wind-fed wildfire in New Mexico raged out of control on Monday, sending heavy smoke wafting over the outskirts of a college town and forcing local authorities to warn residents of a nearby community to evacuate, the U.S. Forest Service said. The so-called Signal Peak Fire has burned 3,000 acres since erupting on Sunday in the Gila National Forest, fed by tinder-dry conditions and high winds, with gusts exceeding 25 miles per hour, according to U.S. Forest Service spokesman Brian Martinez...”Video and story courtesy of wildfiretoday.com. 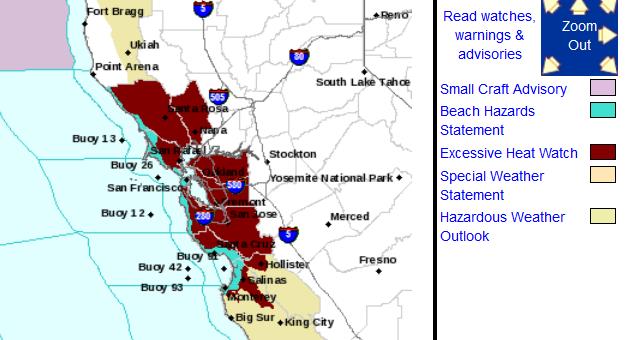 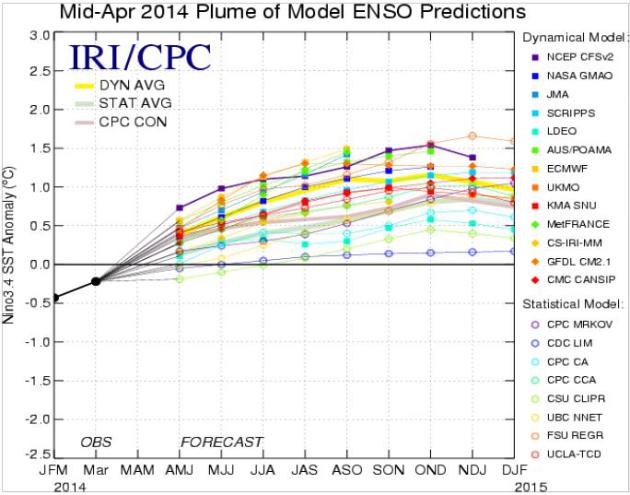 Probability of El Nino Rises to 65% Here is potentially more than you ever wanted to know about the developing El Nino phase of ENSO, a warming of Pacific Ocean water which will probably influence weather patterns the latter half of 2014, possibly into early 2015. Details from NOAA. 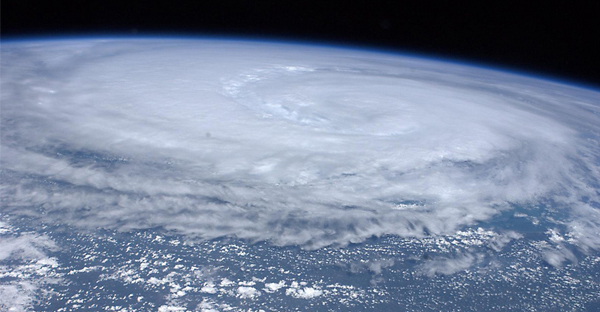 Hurricane Season Forecast Making Its New York City Debut. Usually meteorologists with the National Hurricane Center make their predictions from south Florida, but this year, paying respect to the aftermath of Sandy, they will report from Brooklyn. Here’s an excerpt from sun-sentinel.com: “…The NOAA news conference will be held in Brooklyn, home of the New York City Emergency Operations Center. “We usually host the press conference on location somewhere that makes sense,” Buchanan said. Usually, that’s storm-prone South Florida or NOAA headquarters in Washington, D.C…”

10 Tornado Safety Tips To Keep You Safe Before, During And After A Storm. Here is an excerpt of a good recap of what to do and not to do during a tornado outbreak, courtesy of protect-your-home.org: “…If no shelter is available: 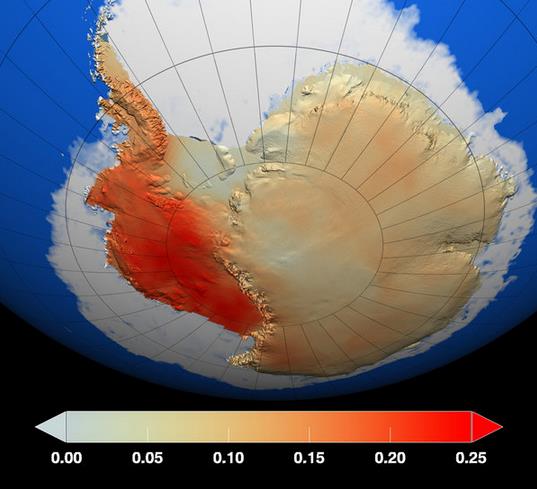 Scientists Warn of Rising Oceans as Antarctic Ice Melts. I can tell you from first-hand experience that this report, highlighted in Nature, has many climate scientists more alarmed than I’ve seen them in a long time. Justin Gillis at The New York Times has a good summary; here’s an excerpt: “The collapse of large parts of the ice sheet in West Antarctica appears to have begun and is almost certainly unstoppable, with global warming accelerating the pace of the disintegration, two groups of scientists reported Monday. The finding, which had been feared by some scientists for decades, means that a rise in global sea level of at least 10 feet may now be inevitable. The rise may continue to be relatively slow for at least the next century or so, the scientists said, but sometime after that it will probably speed up so sharply as to become a crisis…”
Graphic credit above: “In this graphic, the red regions are areas where  temperatures have increased the most during the last 50 years, particularly in West Antarctica, The dark blue regions have had a lesser degree of warming. Temperature changes are measured in degrees Celsius [per decade].” Credit NASA/GSFC Scientific Visualization Studio. 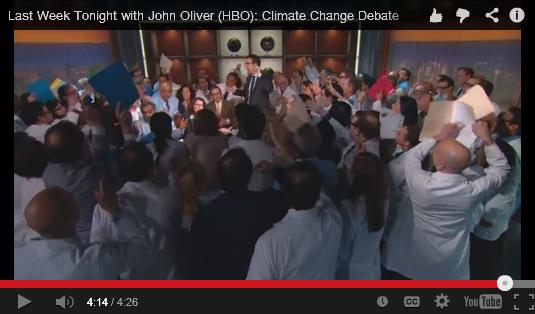 The “Climate Debate” on TV: John Oliver Gets It Exactly Right. Could it be that 1 in 4 skeptical Americans are….wrong about science? Not sure, but it seems hypothetically possible. Here’s a funny, yet dead-on summary of the “debate” from John Oliver at “Last Week Tonight with John Oliver” on HBO, courtesy of SayWhat? “So many earnest words have been written trying to say what John Oliver says here. I have yet to see anyone make this point any clearer. Dead on, plus hysterical.” [rated PG]