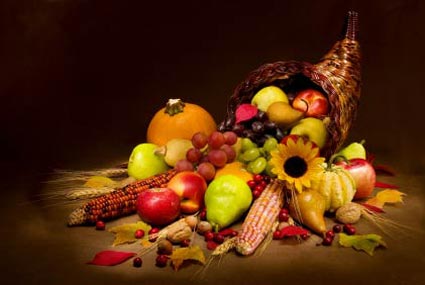 Thanksgiving DazeCranky uncle Earl is counting down the days until Thanksgiving. Every family has an uncle Earl. He’s the one who breaks the remote control, makes vaguely inappropriate comments at the dinner table, and doesn’t have the good sense to know when to go home. I pray he’s not reading this.Family drama is one thing, but will the weather cooperate? Probably. Thanksgiving weather can be all over the map: 60F or knee-deep snow drifts.Enjoy upper warmth today if you have it because we’re all about to enjoy a few glancing blows of arctic air. No extended periods of numbing pain, but cold enough to get your attention. A Pacific breeze moderates highs on Thanksgiving. No big storms are brewing nearby, but a light, greasy coating of snow may sweep through the Midwest late tomorrow. 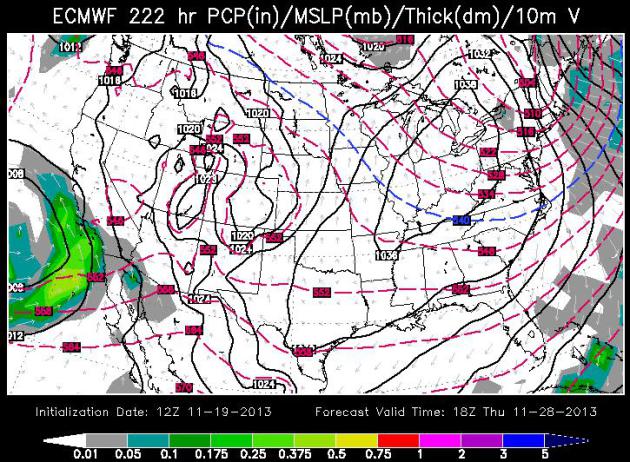 Thanksgiving Day Weather Map. ECMWF data via WSI shows a mostly storm-free USA next Thursday, bitterly cold air pushing across New England; colder than average for the eastern half of America. Southern California may see some light to moderate rain, otherwise a dry sky prevails across much of the nation. 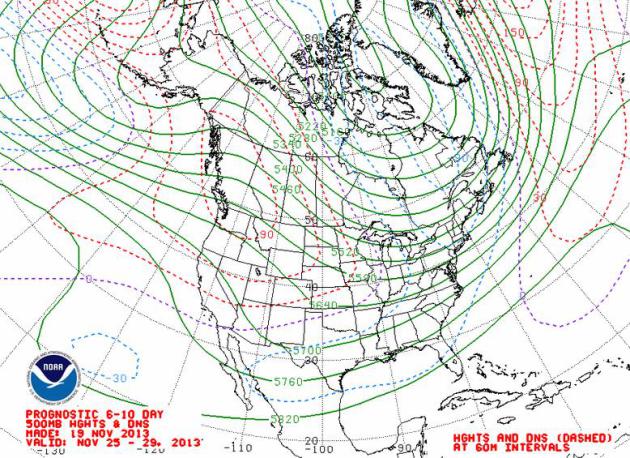 More Pacific Than Yukon. 500 mb (18,000 foot) steering winds aloft are forecast to blow from the west-northwest between November 25-29, meaning glancing blows of cold air from the Upper Midwest to New England, but milder than normal conditions over the western half of the USA much of next week. Map: NOAA. 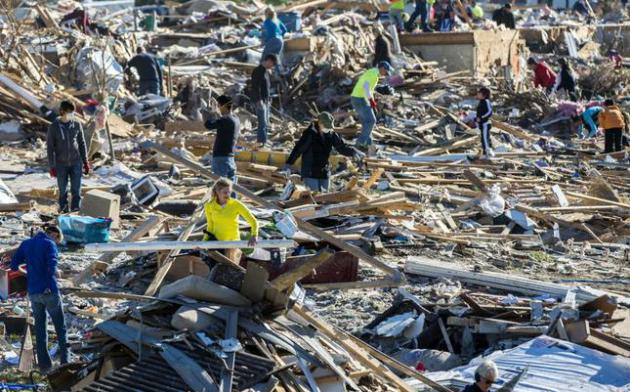 A November Tornado Outbreak For The Record Books. Meteorologist Jason Samenow has some timely details on Sunday’s head-shaking outbreak of violent tornadoes at The Washington Post’s Capital Weather Gang; here’s a clip: “…Sunday’s outbreak should rank among the three biggest of 2013. Although the total number of tornadoes this year is well below average, the number of violent tornadoes (EF-4 or higher) is above average, with 9 total, compared to the 30-year average of 7.7.The causeA very strong cold front sliced across the central and eastern U.S., clashing with warm, mild air out ahead of it. A strengthening area of low pressure along the front, helped to generate large amounts of low level spin. At high altitudes, an extremely powerful jet stream – roaring along at around 140 mph – energized the storm system...”Photo credit above: “Homeowners and helpers dig out what they can from a mountain of debris in Washington, Ill., Tuesday, Nov. 19, 2013 after more than 1,000 homes were devastated by an F4 tornado that passed through Sunday. The twister was the most powerful to hit Illinois since 1885 with wind speeds greater than 200 mph.” (AP Photo/Journal Star, Fred Zwicky) 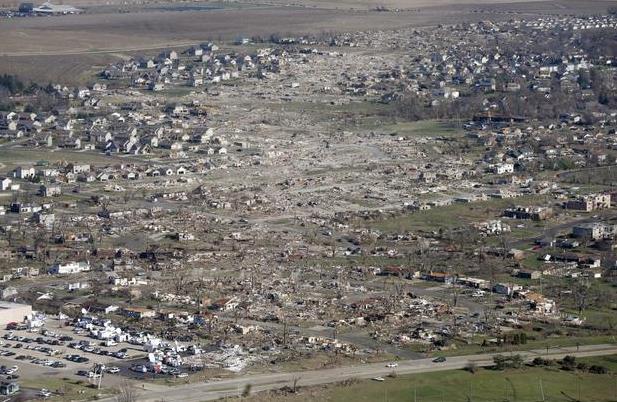 Tornado Forecasts, Alerts Credited For Low Death Toll In Midwest. The Spokesmanhas an interesting story; here’s the intro: “When a cluster of violent thunderstorms began marching across the Midwest, forecasters were able to draw a bright line on a map showing where the worst of the weather would go. Their uncannily accurate predictions – combined with television and radio warnings, text message alerts and storm sirens – almost certainly saved lives as rare late-season tornadoes dropped out of a dark autumn sky. Although the storms howled through 12 states and flattened entire neighborhoods within a matter of minutes, the number of dead stood at just eight…”Photo credit above: Associated Press photo. “This aerial view on Monday shows the path of a tornado that hit the Illinois town of Washington on Sunday.” 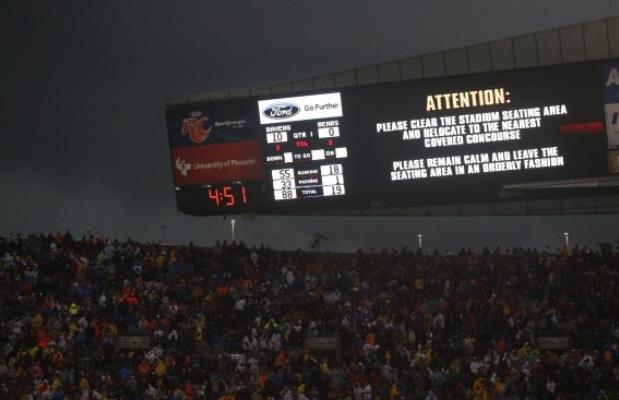 Storm Surge: Amid Questions About Delay In Chicago, NFL Maintains Stance To Put Fans First. Severe storms, lightning and tornadoes are routine summer risks for baseball games, but football? The Washington Post has a good look at the issues NFL officials had to grapple with in Chicago on Sunday, meteorological and financial: “…Instead, many wondered why Sunday’s NFL game kicked off at its scheduled noon start time, with the threat of lightning, high winds and a torrential downpour bearing down on the city’s lakefront stadium. “Hindsight being 20-20, it’s easy to say they should have waited,” said Steve Woltmann, a freelance photographer who has covered games at Soldier Field for nearly three decades. “And honestly, I got a few texts from home long before kickoff warning some crazy stuff was headed right at us…”Photo credit above: Charles Rex Arbogast/Associated Press. “Fans are warned to take cover as a severe storm moves through Soldier Field during the first half of an NFL football game between the Chicago Bears and Baltimore Ravens, Sunday, Nov. 17, 2013, in Chicago.” 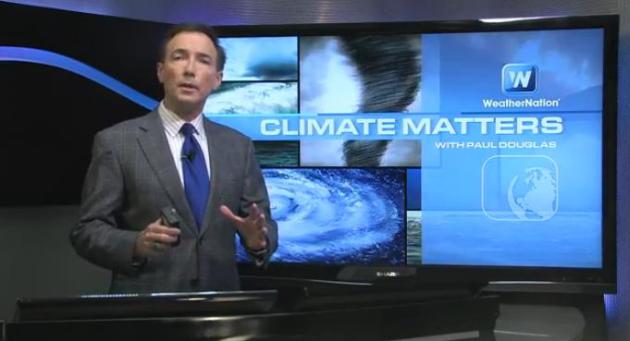 The Critical Importance Of Situational Awareness. I tell people not to put their safety or the safety of their families into the hands of of others when it comes to severe weather. Take the time and the personal responsibility to monitor the weather yourself, with that nifty computer in your pocket or purse, your smart phone. Some of the lessons of Sunday’s tornado outbreak and near-miss in Chicago at Climate Matters: “WeatherNationTV Chief Meteorologist Paul Douglas goes over more of the data from Sunday’s devastating tornado outbreak. 6 states saw tornadoes, including monster EF4 tornadoes in Illinois. How can you stay connected and weather aware? Paul Douglas has details.” 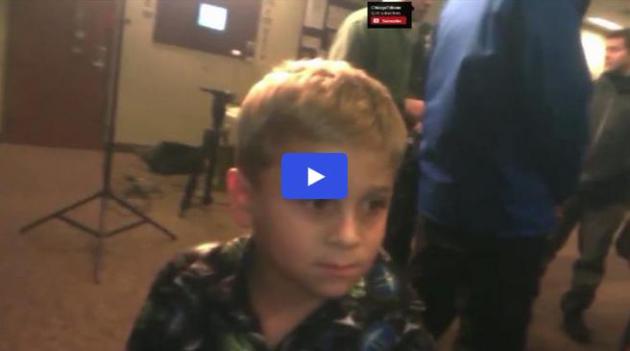 Boy’s Tornado Warnings Helped Save Family. Weather wisdom comes in all shapes, sizes (and ages). Yahoo News has the video and story – here’s an excerpt: “When 6-year-old Brevin Hunter heard the tornado siren begin to wail out its warnings, he knew exactly what to do: Put his video game down and head to the basement. More challenging was convincing his family that he was right. “Please, Mom. This is what they teach us in school. When you hear the siren, you need to go somewhere safe,” Brevin told his mom, Lisa, according to the Chicago Tribune.  But when Lisa Hunter looked outside, she saw that the skies looked calm. She thought it was a drill…” 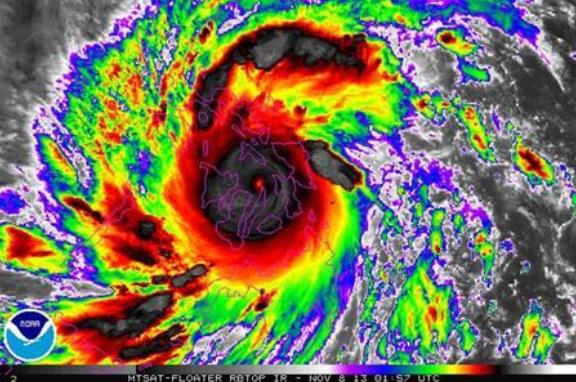 Losses From Extreme Weather Rise To $200 Billion A Year Over Past Decade.Reuters has the story; here’s an excerpt: “Global economic losses caused by extreme weather events have risen to nearly $200 billion a year over the last decade and look set to increase further as climate change worsens, a report by the World Bank showed on Monday. A United Nations’ panel of scientists has warned that floods, droughts and storms are likely to become more severe over the next century as greenhouse gas emissions warm the world’s climate. “Economic losses are rising – from $50 billion each year in the 1980s to just under $200 billion each year in the last decade and about three quarters of those losses are a result of extreme weather,” said Rachel Kyte, World Bank Vice President for Sustainable Development... 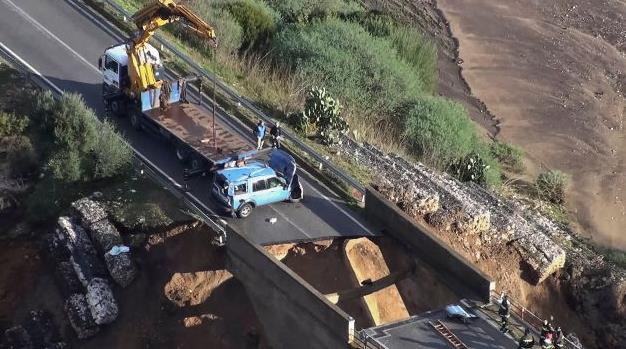 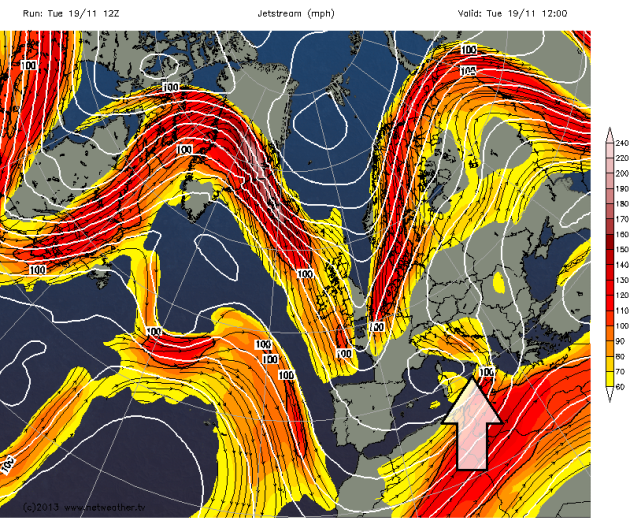 Cut-Off Low. The 15-20″ rains reported in Sardinia were the result of weather systems stalling, a persistent cut-off low over the Mediterranean Sea. At one point this was a “warm core” system, vaguely resembling a weak tropical storm, tapping significant moisture from the Mediterranean and converting it into relentless rains. Map: Florida State University. 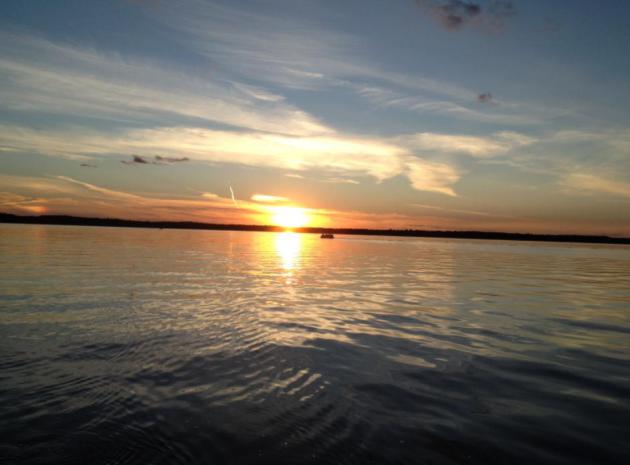 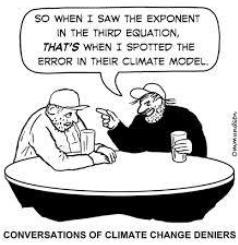 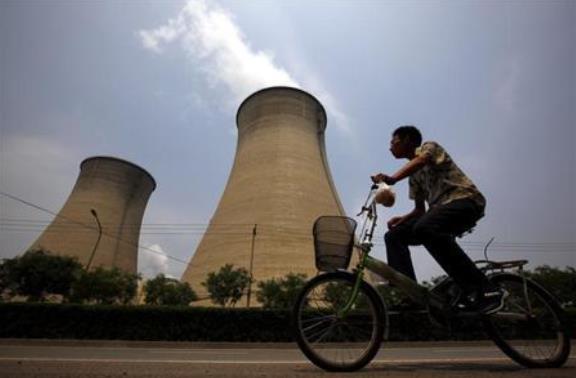 Global Carbon Emissions Rise To New Record In 2013 – Report. Reuters has the story; here’s the introduction: “Global carbon dioxide emissions from burning fossil fuels will rise to a record 36 billion tonnes this year, a report by 49 researchers from 10 countries said, showing the failure of governments to rein in the main greenhouse gas blamed for global warming. The report by the Global Carbon Project, which compiles data from research institutes worldwide each year, was published in the journal Earth Systems Data Discussions on Tuesday. Its 2013 estimate represents a 2.1 percent gain versus 2012 and a 61 percent increase since 1990, the baseline year for the U.N.’s Kyoto Protocol, the only global agreement that places binding limits on national CO2 emission levels...”

Photo credit above: “A man rides his bicycle past the cooling tower and chimneys from a coal-burning power station in Beijing June 1, 2012.” Credit: Reuters/David Gray/Files. 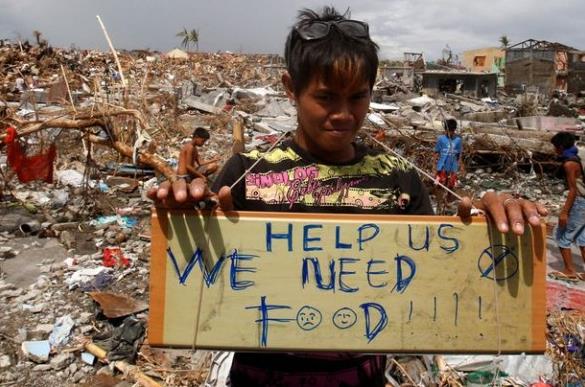 Haiyan Is An Example Of Climate Change Making Things Worse. Here’s a clip from climate scientist Greg Laden at scienceblogs.com: “…The exact nature of future storms is uncertain, but there are four lines of scientific evidence that hurricanes will be more of a problem in the future than they were in the past. First, sea levels continue to rise, so the same storm ten years from now vs. ten years ago will have significantly greater impact.  Sea level rise was a significant factor with Superstorm Sandy and Katrina, and was likely a factor in the high death toll and extensive damage caused by Haiyan. Second, large storms are likely to produce more rain over a broader area because a warmer atmosphere contains more moisture; large storms will bring increased inland flooding, a major cause of damage, injury, and death in tropical storms and cyclones. Third, increased sea temperatures may generate more intense storms...” 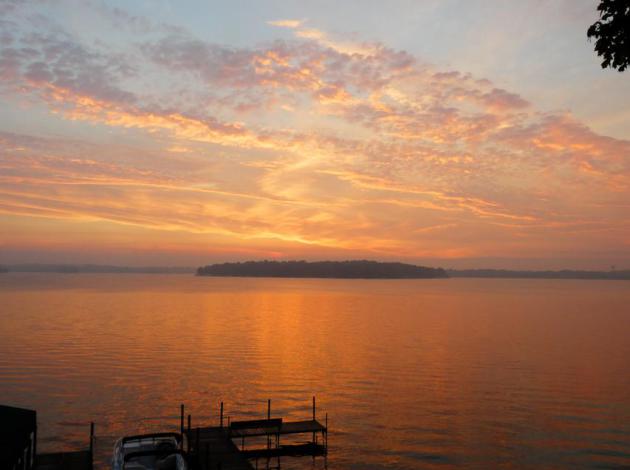 The New Normal? Is a warmer atmosphere, with more water vapor (especially over and near the world’s oceans) flavoring all weather, and making weather extremes more numerous and severe? Here’s a clip from a story at The Economist: “…In theory, a warmer world should indeed produce more potent cyclones. Such storms are fuelled by evaporation from the ocean. Warmer water means faster evaporation, which means more energy to power the storm. A warmer atmosphere can hold more moisture, which means more rain. But other factors complicate things. Tropical cyclones cannot form when wind speeds in the upper and lower atmosphere differ too much. Climate models suggest, in the North Atlantic at least, that such divergent winds may be more common in a warmer world. The Intergovernmental Panel on Climate Change (IPCC) reckons that the frequency of cyclones will stay the same or decrease while their average intensity goes up…” 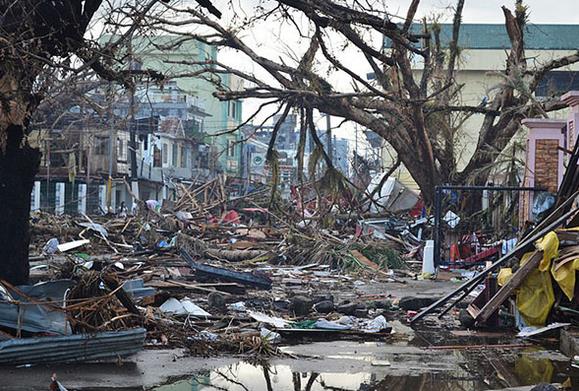 Why Disasters Like The Typhoon In The Philippines Will Keep Getting Worse. According to this article at Pacific Standard, climate change is only part of the story; here’s an excerpt: “Basically, as the world’s population continues to grow, more and more people are heading for the most economically attractive places, which tend to be cities, which tend to be along coastlines. That’s why the number of people living in Tacloban has tripled in recent decades, from 76,000 in 1970 to more than 220,000 when the storm hit. Obviously, that puts three times as many people at risk of being killed when disaster strikes. But population growth compounds risk in other ways. All those people drawing water from underground aquifers can cause the already low-lying land to sink further. That’s probably part of the reason so much of Tacloban sits below sea level, a fact which makes the city even more vulnerable to flooding. Shoddily-constructed buildings thrown up in a hurry to house all those newcomers also tend to fall down when the going gets rough…”Photo credit above: “Debris littering the streets of Tacloban on November 14, nearly a week after the storm struck.” (PHOTO: TROCAIRE/WIKIMEDIA COMMONS).