Northeast Digs Out – Some Moderation in Temperature Likely This Week Nationwide

“All weather, like politics, is local”. It’s human nature to stare out the window and assume it’s like this everywhere. TV meteorologists usually fixate on a single city or state; it’s challenging to keep a global perspective. Climate scientists and NASA confirm that November 2013 was the warmest November, globally, since 1880, followed by 2010 and 2009. It’s been cold in the United States, no debate, but much of the planet is still skewing (much) warmer than average. Details below.

Canada sneezes another brisk airmass south of the border today, but temperatures moderate this week. You’ll be amazed, even a little appalled, how good 20s and low 30s feel after a spell of polar pain.

NOAA’s 45-day CFS (Climate Forecast System) model shows 6 inches of snow on the ground Christmas Day; a mild bias in the days leading up to Christmas, and a mild start to January, too. 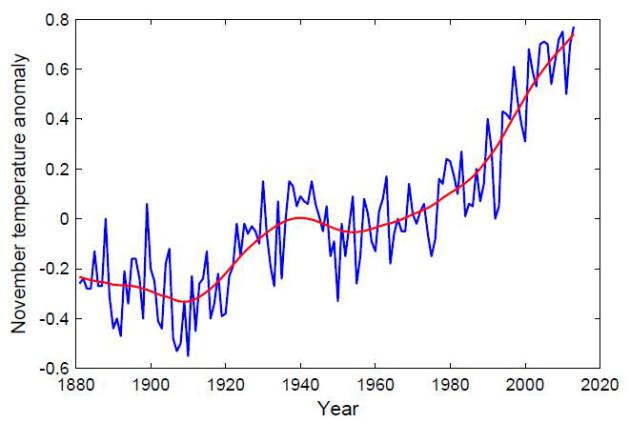 Record November Warmth Worldwide. Much of the USA was colder than average last month, but worldwide it was the warmest November ever observed, according to NASA GISS. 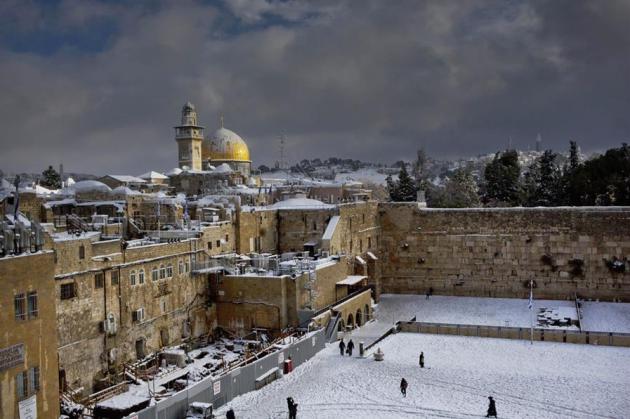 Holy Land Blanketed In Snow After Intense Winter Storm. Here’s an excerpt of a story and photo essay from Reuters and NBC News: “A snowstorm of rare intensity has blanketed the Jerusalem area and parts of the occupied West Bank, choking off the city and stranding hundreds in vehicles on impassable roads. Israeli authorities said at least 20 inches of snow had fallen since Thursday and more was forecast. “In my 54 years I don’t remember a sight like this, such an amount I cannot recall,” said Nir Barkat, mayor of Jerusalem. The Israeli military helped police rescue hundreds of people stranded in vehicles on highways near the city...”Photo credit above: Dusan Vranic / AP. “The Western Wall and the Dome of the Rock are covered in snow in Jerusalem on Dec. 13, 2013. Early snow has surprised many Israelis and Palestinians as a blustery storm, dubbed Alexa, brought gusty winds, torrential rains and heavy snowfall to parts of the Middle East.” 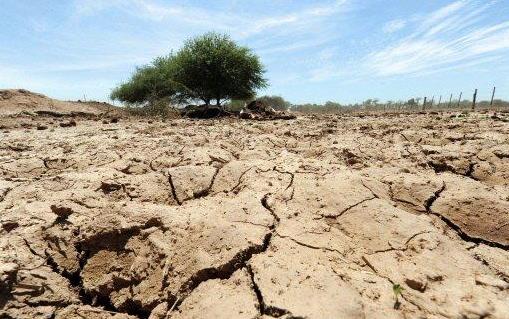 Drought Decimates Crops In Latin America, Pushing Up Prices Of Corn And Soy. Here’s a clip from International Business Times: “…As a consequence of drought, 2 billion people in the world have suffered, while 11 million have died. Last year the U.S. experienced its worst drought in half a century, and drought was also felt in South America: Argentina and Brazil’s soy and corn plantations were decimated, limiting the supply that usually meets half the world’s demand for both products. Recent droughts have caused food prices to spike. Corn prices grew 50 percent in 2012, and soybeans rose 25 percent, according to the World Bank. And it’s just the beginning: According to the U.N., droughts have doubled since the 1980s. The “hydrologic cycle,” the concept that usually describes the movement of water on Earth, has been debunked by experts as illogical and unreliable…”Photo credit above: “Drought has decimated plantations in Latin America.” Creative Commons. 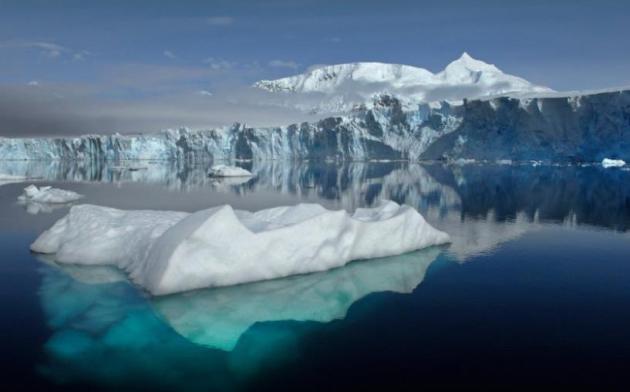 The End Of The Arctic? Ocean Could Be Ice-Free By 2015. Most climate scientists are projecting a largely ice-free arctic by 2020 to 2030, but could that day arrive sooner? Here’s a clip from a story at The Daily Beast: “…The entire planet is getting hotter, but the top of the world is warming twice as fast as the global average. One leading expert, Peter Wadhams, a professor of ocean physics at the University of Cambridge, says the Arctic Ocean could be completely free of ice in summer as soon as 2015. An overheated Arctic in turn threatens catastrophic knock-on effects for the rest of the globe, including more extreme weather; faster sea level rise; and a higher chance of accelerating global warming to where it becomes unstoppable—what scientists refer to as “runaway” global warming…” (Photo: NASA/Reuters). 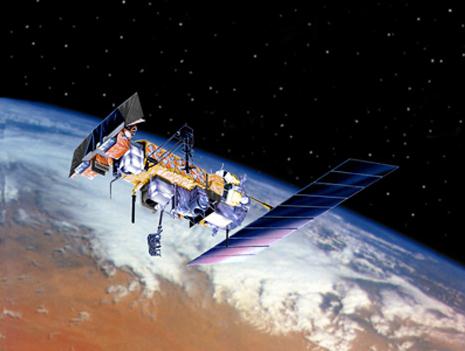 Climate Change Will Pose Rising Burden On U.S. Taxpayer. Here’s an excerpt fromKitsap Sun: “Such losses, says Ceres, a U.S.-based non-profit organization which promotes environmentally sustainable business practices, are set to rise considerably in the years ahead as a result of climate change, imposing an ever bigger burden on the U.S. taxpayer. Federal and state disaster relief payouts last year alone are estimated to have cost every person in the U.S. more than $300. Yet according to a new report by Ceres, Inaction on climate change: the cost to taxpayers, the U.S. administration, its agencies and state bodies are still not facing up to the grave financial implications of a warming world…” 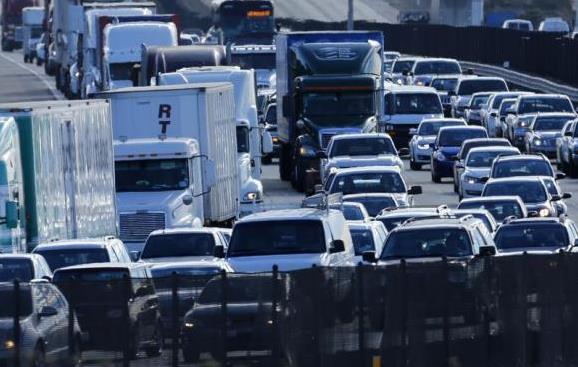 U.S. 2012 Model Vehicles Hit Record Fuel Efficiency: EPA. Reuters has the story – here’s the introduction: “The average fuel economy of vehicles sold in the United States hit a record high 23.6 miles per gallon (mpg) for the model year 2012, the U.S. Environmental Protection Agency said on Thursday. Projections for the model 2013 year indicate a rise of 0.4 mpg, the EPA said, though the agency added that it did not yet have final data for 2013. The 23.6-mpg reading for 2012 was a 1.2 mpg increase over the previous year and the second largest increase in the last 30 years, the EPA said...” 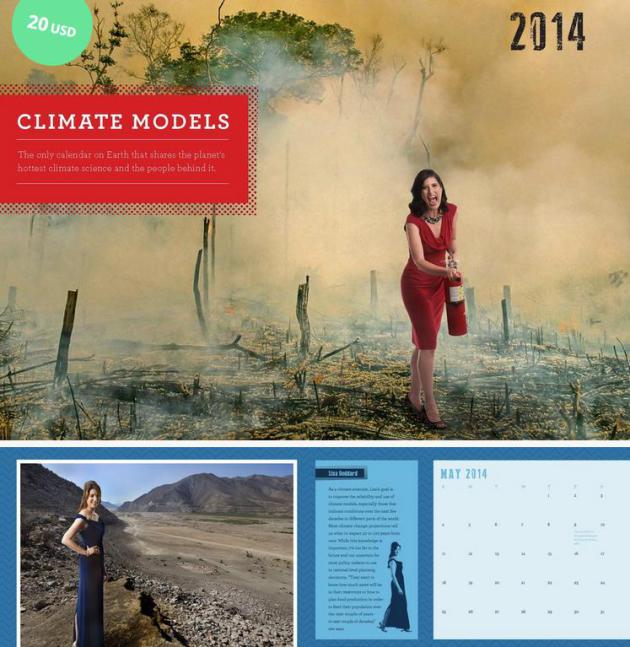 2014 Climate Models Wall Calendar. Yes, an entirely different sort of “climate model”, and wouldn’t this look good under the Christmas Tree. Details here: “In collaboration with photographers Charlie Naebeck and Jordan Matter, of the New York Times bestseller “Dancers Among Us,” we’ve created a 2014 wall calendar that features 13 portraits of climate scientists and their research. From studies of drought in the American Southwest to reconstructions of Southeast Asia’s climate history using data obtained from tree rings, the information in the calendar covers a broad range of current climate science and describes what scientists are discovering about Earth’s past, present and future climate…” 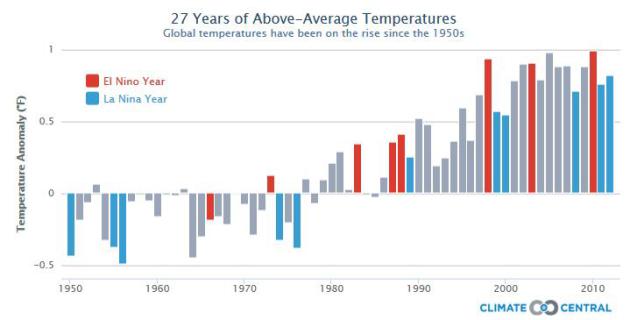 November Was Cold, But The Climate Keeps Warming. It’s hard-wired into our cave-man DNA to look out the window and assume it’s this way (everywhere). Winter has come on suddenly, and hard, but that doesn’t mean the rest of the planet is experiencing what we are, as described in this article at Time Magazine; here’s a clip: “Global warming is a misnomer. “Warming” makes it sound as if the climate will get hotter at a steady, predictable pace—like a pot of soup heating on the stove. But that’s not how our enormously complex climate system works. The increasing concentration of carbon dioxide and other warming gases in the atmosphere is just one of many factors affecting the global climate—including the natural year-to-year variability that has always been at work. Over the short term, temperatures can rise and fall like the fluctuating value of a single company in the stock market. But the long-term trends—the important trends—remain unchanged. Case in point: the National Climatic Data Center revealed yesterday that the average temperature in the contiguous U.S. in November was 41.6 F—0.3 F below the 20th century average…” 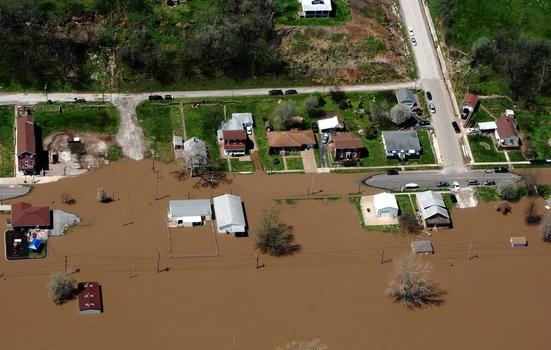 Sea Level And Risk Of Flooding Rising Rapidly in Mid-Atlantic. Climate Central has the story – here’s the intro from meteorologist Andrew Freedman: “During the 20th century, sea levels along the highly populated U.S. Mid-Atlantic coastline between New York and Virginia rose faster than in any other century during the past 4,300 years, according to a new study. And as those sea levels continue to increase as a result of global warming and local land elevation changes, the risks of coastal flooding will dramatically escalate. The study, by geoscientists at Rutgers and Tufts Universities and published in the new journal “Earth’s Future,” took a comprehensive look at the history of sea level in the Mid-Atlantic, combining sediment records of prehistoric sea level with modern data, which includes readings from tide gauges and satellite instruments. The result is one of the most in-depth examinations of past, present, and future sea level rise of any region in the U.S…” (Photo credit: AP). 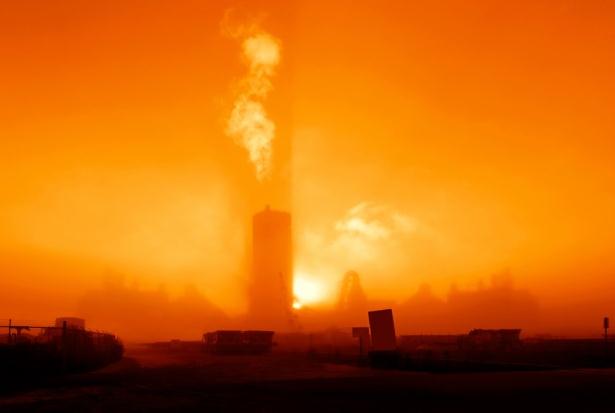 What Cities Can Do To Prepare Themselves For Increasingly Severe Weather. Here’s a clip from a story focused on urban resiliency, from Huffington Post: “…Cities across America have good reason to expect that increasingly severe weather events could bring devastation. Today, a 100-year flood is no longer a once-in-a-lifetime event. Cities such as New Orleans, Milwaukee, and Hoboken deal with regular flooding issues. In Miami Beach and Norfolk, ocean-side streets flood with seawater simply when a high tide comes in. And in many cities, a mild thunder storm is enough to overflow sewers and release sewage into fresh water supplies. In these communities, local leaders are searching for practical, cost-effective solutions to manage floods, storm water runoff, erosion, and other negative environmental impacts from storms. Forward-looking cities that want to better prepare for future severe weather events can take proactive steps to mitigate the damage of future storms…” (Image: Red Orbit). 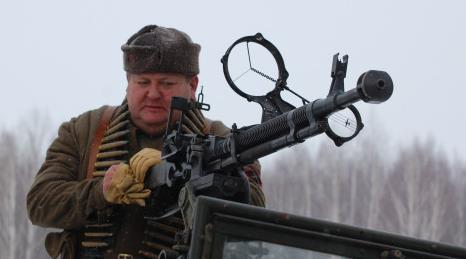 Is Global Warming Stoking An Arctic Cold War? As polar ice continues to melt, opening up new sea routes and opportunities for oil and gas exploration (ironic, huh?) expect to see the arctic emerge as a geopolitical prize, with strategic (and military) implications. Grist has the story – here’s an excerpt: “Militarization and geopolitical maneuvering is heating up in the Arctic as once-frozen tundras melt into the sea, unearthing a bonanza of oil fields and shipping routes. Russian Pres. Vladimir Putin this week ordered his military brass to pay “particular attention to the deployment of infrastructure and military units in the Arctic.” He said Russia would open two new Arctic airbases and noted that a long-deserted Russian airbase on the Novosibirsk Islands was recently reopened...”Photo credit: Shutterstock / Sergey Kamshylin. 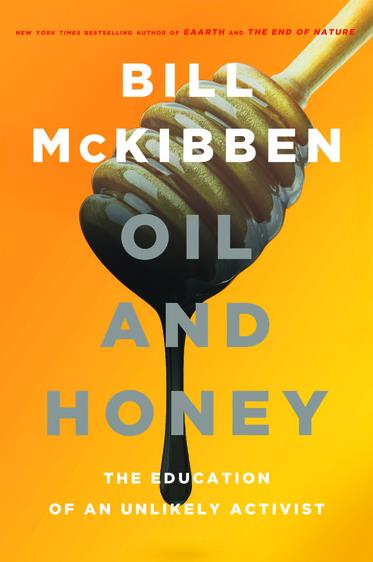 How Bill McKibbon Ruined My Life. Here’s an excerpt of a story at Huffington Post: “Other good news is that McKibben’s “Fossil Fuels Divestment Campaign” is gathering momentum at American universities. The goal? Bankrupt the fossil fuel industry. (If not financially, then at least tarnish their reputation by exposing an industry that is profiting from wrecking the climate.) On college campuses, in the 1980s, activism protesting apartheid successfully forced the divestment from companies doing business with South Africa. McKibben hopes to do the same with big oil. “The fossil fuel industry has five times as much carbon in its reserves of coal, oil and natural gas as we can safely burn. These are now rogue industries committed to burning more carbon than any government on earth thinks would be safe to burn,” says McKibben…”