Not Your Typical Spring Break Worry

The typical Spring Break check list. But this year you might be adding another chore if you drive your own car to the Gulf Coast. 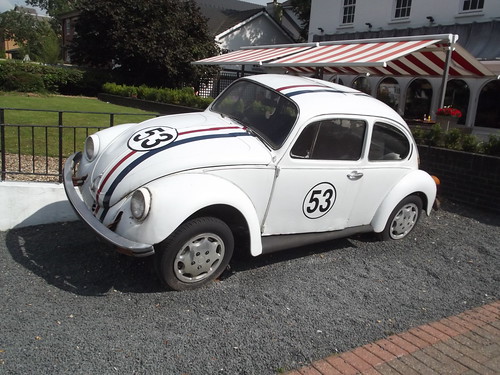 Not like Herbie, but like the real thing!
Wait!
Did you even know love bugs were a real thing? Most people don’t.

Unless you live in Central America or one of the Gulf Coast States you’ve probably never encountered these merged maters.

Named for their unique mating ritual, love bugs remain connected during and after mating! Sometimes for days!
Even during flight!
But considering a life cycle of 4 to 9 months, a few days isn’t that bad…

But how’s that for taking a relationship to the next level?

And as they mature, they eat nectar from flowering plants. Think clovers and flowering trees! 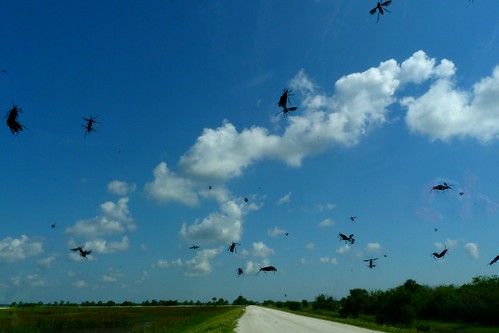 For starters the numbers are staggering.
During each of the two yearly “flights” hundreds of thousands of love bugs take to the air, and move almost like a snow storm!

The don’t bite and they don’t sting, in fact they don’t really pose much of a threat to us. But for our cars, it’s a different story!

The love bug’s guts are slightly acidic. Mash em up and you’re looking at a pH of about 6.5, but leave those remnants on the front of your car for a day and the pH drops.
At a boldly acidic 4.25 pH love bugs are extremely acidic, and that is bad news for your paint and chrome accents covered in the semi-annual flight remnants.

Particularly bad on older cars, they can leave pits in your paint and chrome. Think of it like a bunch of little bumps and faded spots that won’t wash off.
And it doesn’t stop there!
Love bugs fly in such large numbers that they have been known to clog radiators of cars and cause them to overheat!

Luckily, you can battle this flying fraternizer with a simple car wash!
(Pro tip: the sooner you wash the better.) 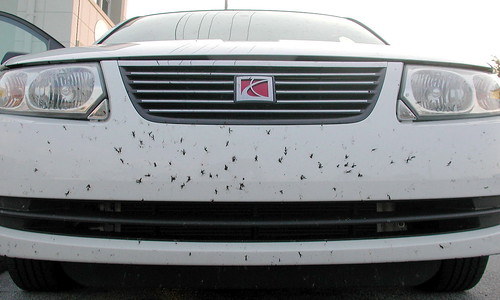 So many in fact, that many people thought the origin of such a pest problem might be some sort of experiment gone wrong!

Urban legend has it love bugs are a University of Florida experiment gone wrong.
Not the case.
But since the larvae hides in the rotted vegetation, it is seldom seen– making many residents wonder where the flying bugs come from!

'They're in everything': Bug outbreak irks California towns http://t.co/cG6DISa78w pic.twitter.com/vMzAazwyUC

What makes this season different from most is the timing.
Typically, the first flight of the year occurs in April and May and lasts between 4 and 5 weeks. But warmer temperatures this year means the love bugs took flight a bit early.

Residents of Florida are already seeing the evidence of an early hatch on the front of their cars. And though the initial flight started a bit early, we’re still in for a few more weeks of love bug remnants!

So if you’re planning a Spring Break visit to the Gulf Coast, be prepared to make a few extra stops at the car wash!