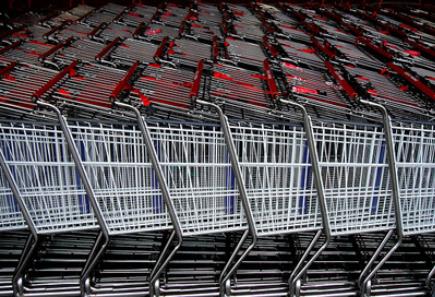 Outlook: Less StuffIt dawned on me yesterday, shuttling odds & ends back and forth between our apartment-size storage unit, that we have entirely too much stuff. Some of that was a result of moving to a smaller home, but we too were seduced by the siren call of consumerism.“Buy this and you’ll be happy!”Uh huh.Sustainable growth; access to clean water & food for a swelling global population, without trashing the air, oceans and underground aquifers, will require technological innovations and behavioral changes. Scientists tell me we all need to buy local and consume less. I know, easier said than done.The forecast calls for The Mother Of All Garage Sales next spring. The best part, the more we give away and toss out the better we feel.
It puts our weather-stuff into perspective.* image above: The Blue Room Blog. 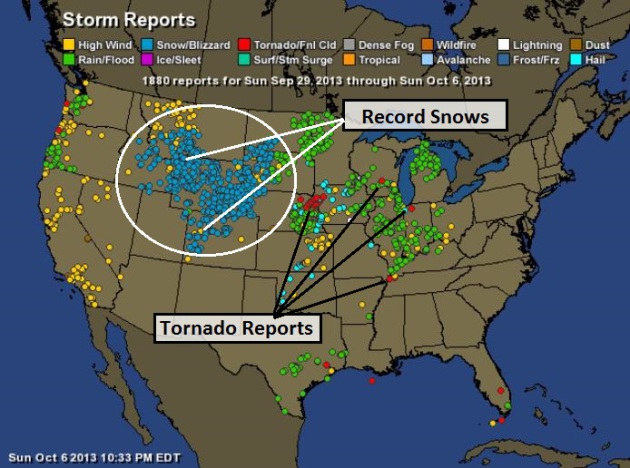 One Wild Week. From record rains and flash floods from the Red River Valley and Midwest into the Ohio Valley to tornadoes sweeping across eastern Nebraska and western Iowa, to record snows central Rockies into the western Dakotas to high winds out west, the last 7 days have had something for everyone. Map above: Ham Weather.

A Drier, Milder Week. The (impressive) full-latitude storm that spawned 43″ snow at Lead, South Dakota, huge tornadoes near Sioux City, Iowa and 6″ rains and mudslides near Winona, Minnesota – with serious flash flooding extending into Louisville Sunday, will pinwheel east, setting the stage for ridging and warming much of this week. Meanwhile the West Coast sees another sloppy wet kiss from a family of Pacific storms coming ashore. 4km. NAM solution courtesy of NOAA and Ham Weather.

Bigger Temperatures Swings – Larger Weather Extremes. Yes, the maps are finally looking like October. The animation above shows (GFS) predicted winds and surface pressure into Monday of next week; showing a drying/warming trend much of this week over the central USA, while a coastal storm brushes the East Coast with potentially heavy rain and strong winds. Another vigorous cool front approaches the Midwest next weekend. No bitter blasts for the USA – yet. Loop: NOAA and Ham Weather. 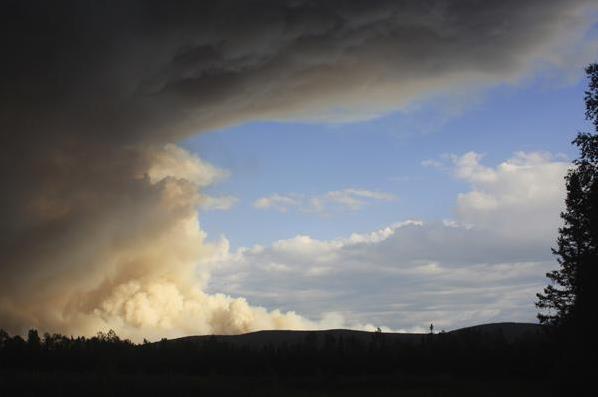 Ned Rozell: Wildfire Hits Close To Home For Scientist. Here’s an excerpt of a harrowing tale as recounted to The Anchorage Daily News: “…I looked up and saw this big smoke cloud,” said the part-time farmer and leader of an organization devoted to studying climate change. “That was my first sense that this was something that was going to personally affect me.” “This” was one of the largest wildfires in Alaska during the hot summer of 2013. It came close enough to Rupp’s homestead that he felt smoky heat on his face, a sensation that will now be on his mind every time he tweaks a computer model that simulates future fire scenarios in Alaska…” 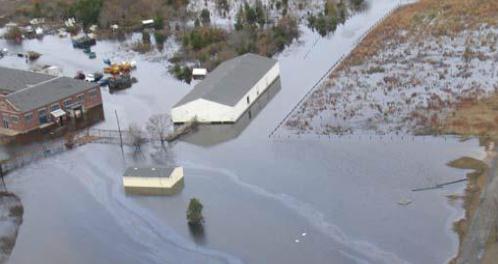 Flood Increases Washing Over Real Estate Market. Here’s a clip from The Galveston County Daily News: “Real estate professionals, property owners and potential buyers of second homes are already feeling the sting of changes in the National Flood Insurance Program. Congress in 2012 passed legislation that, among other things, mandated flood insurance rate increases in attempt to make up about $18 billion the flood insurance program owes the U.S. Treasury. That amount is expected to climb sharply as the toll from Hurricane Sandy, which struck the East Coast in 2012, is tallied. According to the General Accounting Office, the program has lost $531 million since its inception in 1968...” (Image: NOAA). 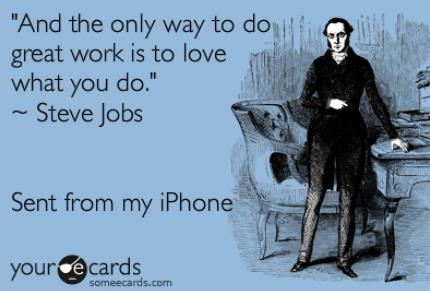 And Then Steve Said “Let There Be An iPhone”. As someone involved in multiple tech companies I know what it’s like to fake your way through a demo – but I had NO IDEA that the original iPhone came so close to being a disaster. Steve Job’s “force-field” allowed him to pull off a flawless demo in January, 2007, as described in this (remarkable) excerpt from The New York Times: “…Grignon had been part of the iPhone rehearsal team at Apple and later at the presentation site in San Francisco’s Moscone Center. He had rarely seen Jobs make it all the way through his 90-minute show without a glitch. Jobs had been practicing for five days, yet even on the last day of rehearsals the iPhone was still randomly dropping calls, losing its Internet connection, freezing or simply shutting down. “At first it was just really cool to be at rehearsals at all — kind of like a cred badge,” Grignon says. Only a chosen few were allowed to attend. “But it quickly got really uncomfortable…” 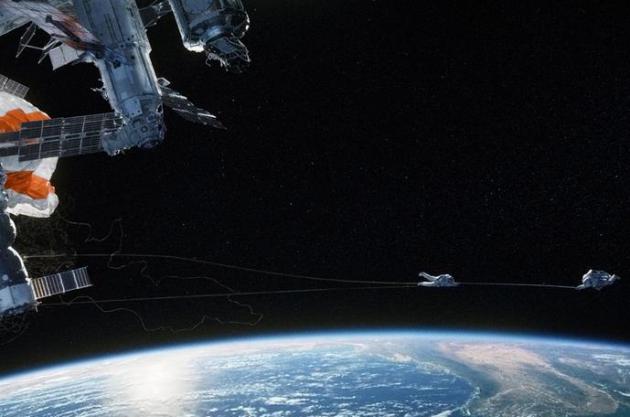 Yes, It’s That Good. $55 million in ticket sales over the weekend for the new movie, “Gravity”? For good reason – I saw this Saturday evening and couldn’t get over the special effects, and the scenes of Earth from space. If you can see it in 3-D IMAX you’ll be glad you spent a few extra bucks. Image: Digital Trends. 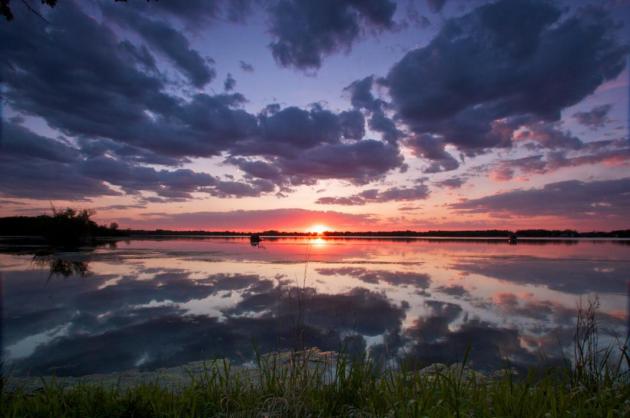 * photo above courtesy of Steve Burns. 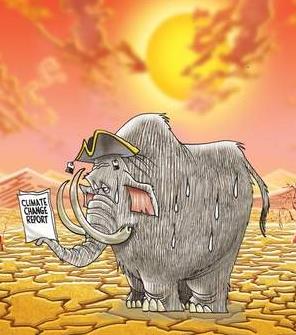 Brian Dickerson: Conservatives Warming Up To Climate Change. The Detroit Free Press has an article that made me do a double-take – here’s a clip: “…More and more often, Inglis says, the GOP voters he encounters on the stump understand that greenhouse gas pollution represents a serious challenge to both the environment and the U.S. economy, but distrust the federal government’s ability to address it effectively. James Clift, who, as policy director of the Michigan Environmental Council, has lobbied policymakers in both parties to increase the use of renewable alternatives to coal, oil and natural gas, agrees, adding that denial is no longer an option for many of the GOP’s traditional supporters. “Businesspeople who have to put their money where their mouth is don’t really have a choice,” said Clift, who cited farmers, ski resort operators and electric utility executives among those who have begun to factor climate change into their long-term investment decisions. “It’s changing the nature of their businesses, and they’re adjusting their behavior…”

Climate Change Is Real And Denial Is Not About The Science. Here’s an excerpt from an article at The San Antonio Express-News: “…In fact, one could argue that climate science has not significantly changed since it was first hypothesized that combustion of fossil fuels could change the climate — in 1896. That’s why, of the dozens of atmospheric scientists in our state at Texas A&M, University of Texas, Rice, Texas Tech, University of Houston, etc., approximately zero of them are skeptical of this mainstream view of climate science. Our department and the Climate Systems Science Group at the University of Texas even have statements on our websites confirming our agreement (UT:www.ig.utexas.edu/jsg/css_jsg/people/statement.html; TAMU: http:// atmo.tamu.edu/weather-and- climate/climate-change- statement). So why is there such a disconnect between what scientists think and the public debate? Recent cognitive research helps us understand this. Researchers find that beliefs on climate change science strongly correlate with other policy preferences…”