The Pacific Crest National Scenic Trail is a long-distance hiking and equestrian trail closely aligned with the highest portion of the Sierra Nevada and Cascade mountain ranges, which lie 100 to 150 miles east of the U.S. Pacific coast. The trail’s southern end is on the U.S. border with Mexico and its northern end is on the Canada–US border.  The trail runs through the U.S. states of California, Oregon, and Washington. 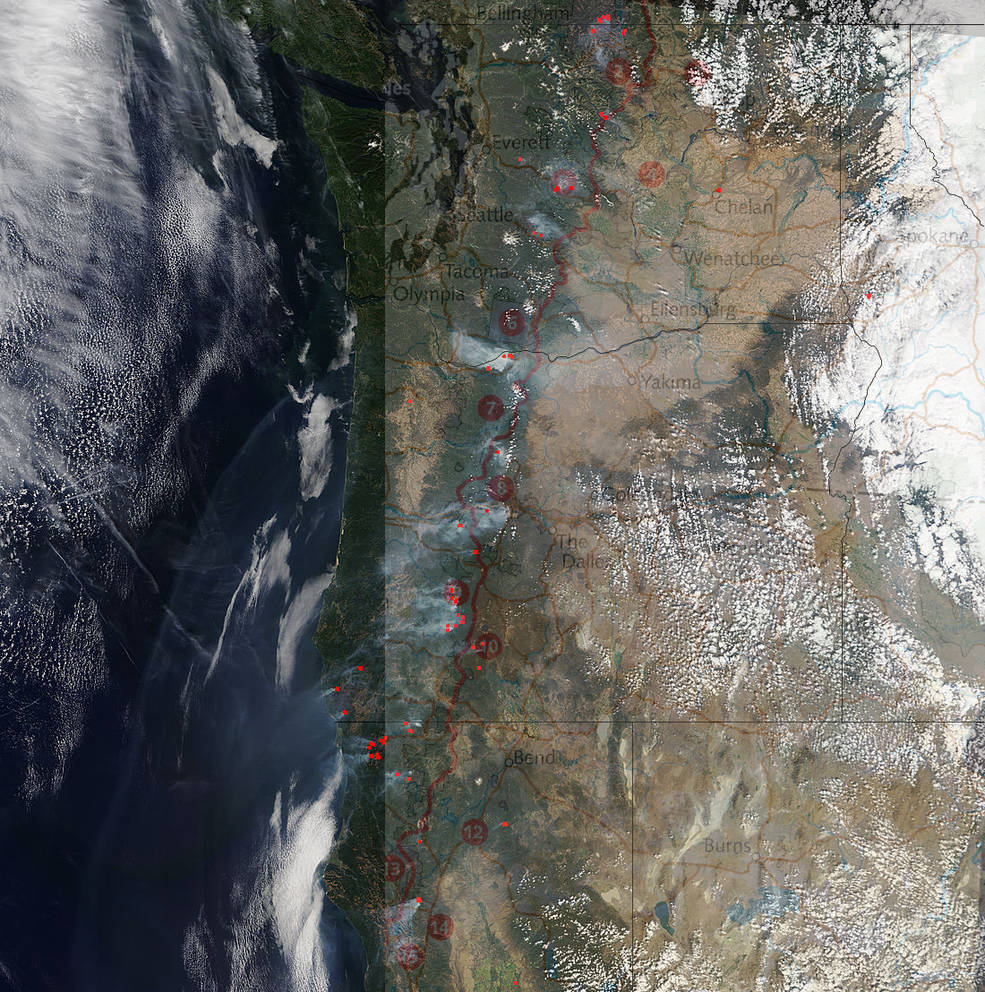 NASA’s Terra satellite collected a natural-color image with the Moderate Resolution Imaging Spectroradiometer, MODIS, instrument on September 15.  What is interesting is that many of these fires seem to line up perfectly with the Pacific Crest Trail in its more northern areas. Actively burning areas (hot spots), detected by MODIS’s thermal bands, are outlined in red. Each hot spot is an area where the thermal detectors on the MODIS instrument recognized temperatures higher than background. When accompanied by plumes of smoke, as in this image, such hot spots are diagnostic for fire.  The image above is the Forest Service map superimposed over the Terra image of the fires from Sept. 15.  The fires lines up quite well with the trail.  It could be coincidental or it could be that hikers have started accidental fires while walking the trail.