Plains: From Drought to Flood? Why Large Hail is often a Tornado Tip-off

GFS Future Radar. California is experiencing a few spotty showers and T-showers, mainly over the Sierra Nevada and high deserts – just enough to settle the dust. Otherwise a dry forecast is shaping up into most of next week for the western USA; while a plume of Gulf moisture sparks heavy T-storms over the Plains and Upper Midwest by this weekend. Portions of Texas and Oklahoma may go from exceptional drought to flooding. New England trends cooler than average, a few waves of heavy showers and storms pushing across the Great Lakes into the Mid Atlantic region. Loop: NOAA and HAMweather. 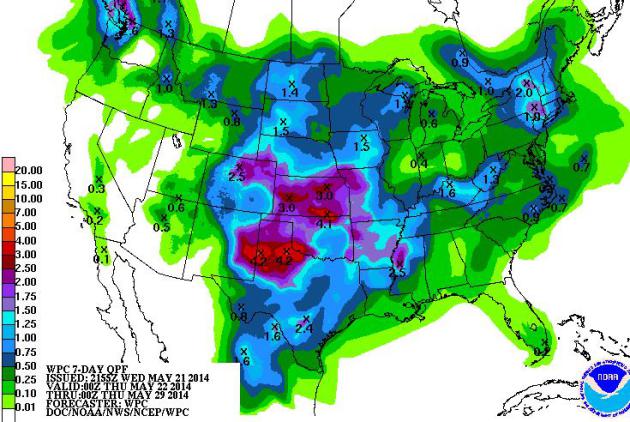 7-Day Rainfall Outlook. NOAA is predicting some 3-4″+ rainfall amounts from the Texas Panhandle into Kansas and Missouri, some 1″ amounts as far north as Bismarck, St. Paul and Green Bay Sunday into Memorial Day. Storms rippling along a sharp temperature gradient may spark some 1-2″ amounts across much of New England by Thursday of next week. 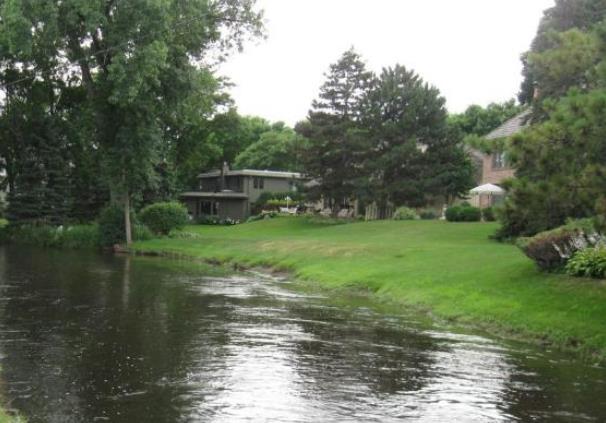 Minnehaha Creek Unsafe For Paddling Due To High Water Levels. Here’s a clip from an article at The Star Tribune: “The Minnehaha Creek has reached dangerous levels for kayakers and canoers this Memorial Day weekend. On Wednesday, the Minnehaha Creek Watershed District advised paddlers to stay off the creek because of the unsafe conditions. With high, fast-moving water, downed trees and other debris, some bridge underpasses aren’t navigable…” 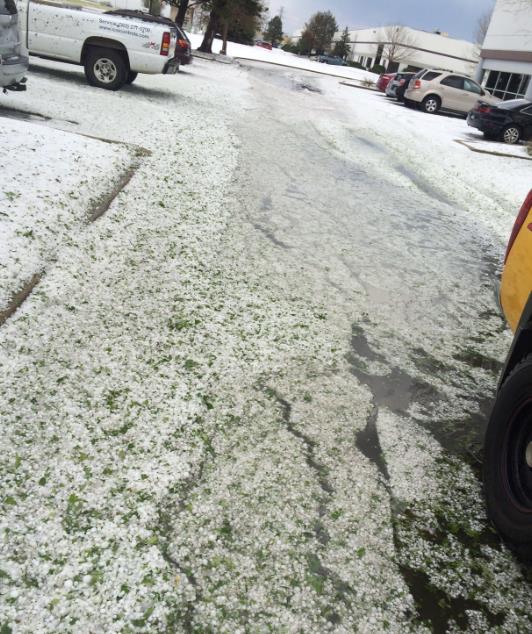 Denver “Hailers” And Tornadoes. One supercell east of downtown Denver may have dropped several tornadoes yesterday, along with ping-pong to baseball size hail, enough to cover the ground in many communities. Denver International Airport experienced a ground-stop, at one point passengers were instructed to take cover as the tornadic storm passed just south of the field. More details from AP: “Flights are resuming at Denver International Airport after severe thunderstorms and a tornado warning forced planes to stay on the ground. Delays of about an hour and a half were reported Wednesday afternoon after a series of severe storms brought hail and strong winds to the area…” 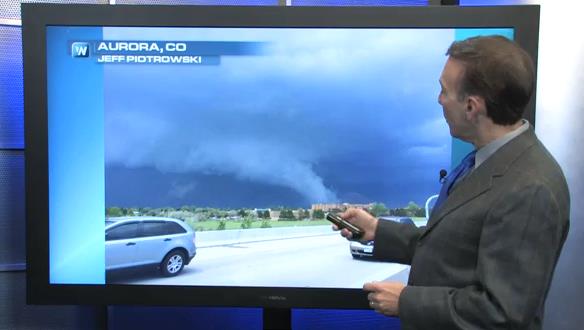 Large Hail: Potential Tornado Tip-off. The same supercell that dropped a family of tornadoes east of Denver yesterday also unleashed a fusilade of large hail, as big as 3″ in diameter. That’s the topic of today’s edition of Climate Matters: “Severe storms close to Denver International Airport today forced planes to stay on the ground and travelers into tornado shelters. WeatherNation Chief Meteorologist Paul Douglas has more on what’s causing the turbulent weather pattern.” 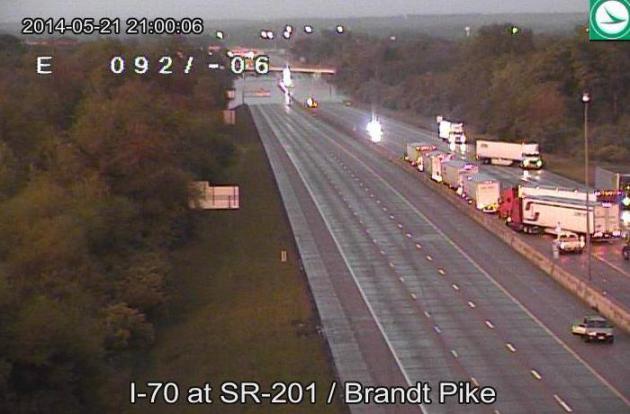 Dayton, We Have a Problem. A webcam operated by Ohio’s Department of Transportation showed evidence of a big back-up on I-70 north of Dayton, which was temporarily closed for a time Wednesday due to flash flooding from intense thunderstorms. 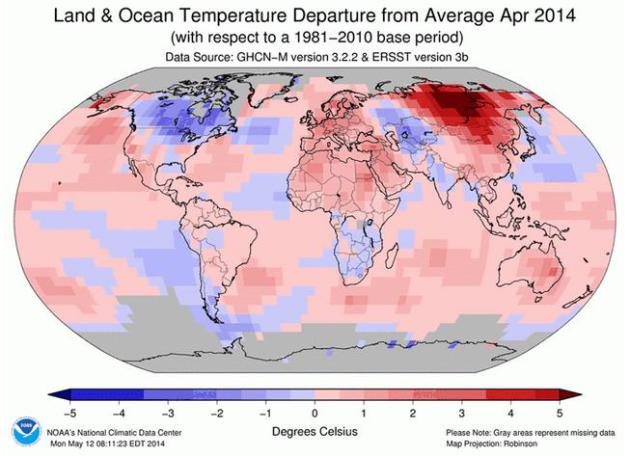 NOAA: Last Month Tied For Globe’s Hottest April. We’re off to a warm start over the northern hemisphere, and a brewing El Nino may further spike (global) temperatures the latter half of 2014. Here’s an excerpt from Climate Central: “…The 1.39°F departure from normal also makes this April one of the 10 most anomalously warm months ever recorded. The record belongs to February 1998, when El Niño conditions helped bump the global average temperature 1.55°F above normal. El Niño has the potential to develop later this year, but current conditions in the eastern tropical Pacific, where El Niño develops, aren’t quite there yet. If it does develop, El Niño could help keep global temperatures high or push them even higher. NOAA’s report also showed this was the sixth-warmest start to the year since recordkeeping began in 1880. While the globe is on track for one of its top 10-warmest years, the U.S. national temperature is near average ranking, thanks to a chilly winter for the eastern half of the country…”

Tornado Technology One Year After Moore Tornado. Here’s an interesting video and story at KEYE-TV in Austin, Texas, describing new advances in being able to predict the conditions favorable for tornadoes, although predicting specific tornado strikes will always be a short-term challenge. Average lead times may increase from 14 minutes today to as much as 30-40 minutes within 4-5 years. Here’s an excerpt: “Greg Carbin, Warning Coordination Meteorologist at the Storm Prediction Center in Norman, is studying the computer model carefully and says “it shows some promise, especially in the relatively short time span of seven to 10 days of indicating favorable regimes for severe weather.” By combining climatology with sophisticated equations to model the atmosphere, supercomputers are creating experimental forecasts that could help meteorologists forecast severe weather outbreaks days, weeks, even a month in advance…” 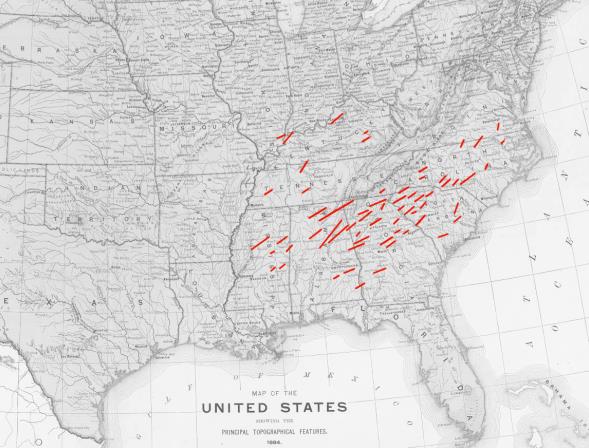 February 19, 1884: The Enigma Outbreak. Was this one of the largest tornado outbreaks in America’s history? Stormstalker has a very interesting explanation and detail concerning a swarm of deadly tornadoes that left behind a staggering amount of damage; here’s an excerpt: “…The extent of tornado-related damage is uncertain, but is suspected to have been several million dollars, the equivalent of perhaps $100 million today. More than 10,000 structures were destroyed. The final death toll, too, is a complete mystery. While the conservative estimate is 178 — a terrible toll in its own right — many estimates have placed the final number as high as 1,200. A further 2,500 may have been injured during the outbreak. The system produced more than 37 significant tornadoes (F2 – F5) during its 15-hour duration, ranking it still among the most violent outbreaks on record…”

Map credit above: “Map of all reported tornadoes during the Enigma Outbreak. Note that the northernmost tornado tracks may actually have been downburst damage. It is likely that there were many more tornadoes that simply went unreported, and some tracks may have been tornado families.” 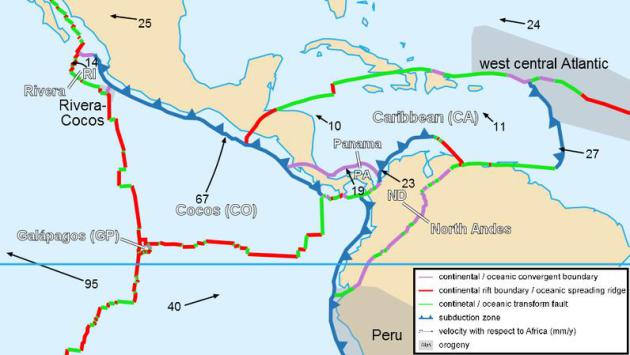 Could Gentle Caribbean Unleash a Devastating Tsunami? Here’s an excerpt of a story at LiveScience that made me do a double-take: “…The massive 2004 tsunami in the Indian Ocean that killed close to 230,000 people was triggered by an earthquake along a subduction zone fault, where two of Earth’s tectonic plates collide. The earthquake lifted the seafloor, giving the ocean above a giant shove that generated the deadly waves. A similar fault exists along the Puerto Rico Trench. The Caribbean tectonic plate is sliding beneath the North American plate at the trench, and such a plate boundary can be very dangerous, Ballard said. Underwater landslides and volcanic eruptions can also cause tsunamis, and these hazards are present in the Caribbean…” (Image above: Wikipedia).