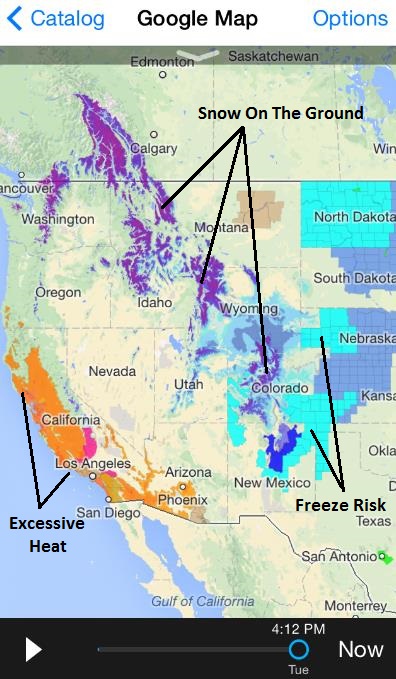 More Jaw-Dropping Extremes. Yesterday, waiting at MSP International for my wife to get home, I called up this image on my HAMweather app, showing excessive heat indices for much of California and southern Arizona, at the same time snow was on the ground over much of the Rockies, with Freeze Warnings as far south as the Texas Panhandle. My memory is shot, but I can’t remember (ever) seeing these levels of temperature extremes in mid-May. It is mid-May right? 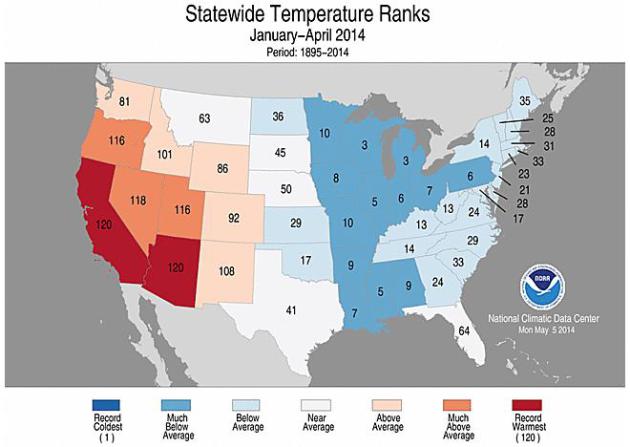 First 4 Months of 2014: 10th Coolest on Record for Minnesota. Talk about crazy swings: warmest January – April period on record for California and Arizona (120 years of record-keeping), but it was the 10th coldest for Minensota, the 3rd coldest on record for Wisconsin and Michigan. Thank you again, Polar Vortex. 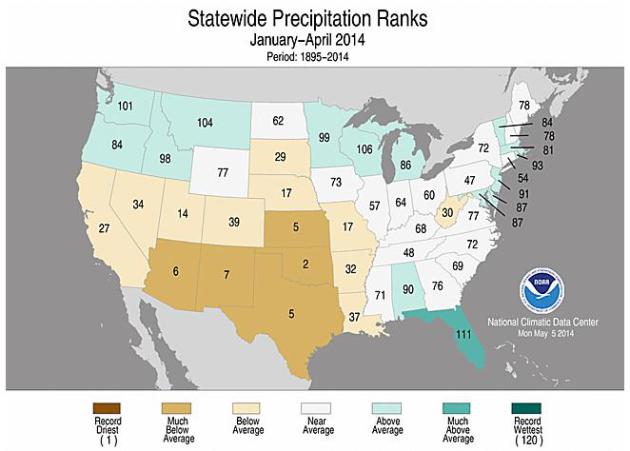 January – April: 21st Wettest on Record for Minnesota. It could have been worse, Wisconsin just experienced it’s 14th wettest start to the year on record; the 9th wettest first 4 months of the year in Florida. Meanwhile the southwestern USA continues to dry out. 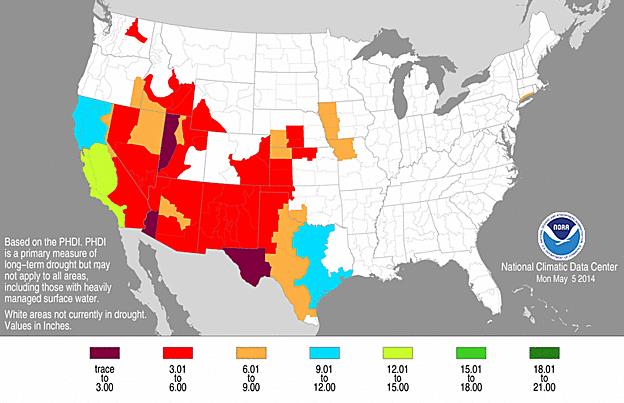 Precipitation Required To End Current Drought. As much as 15-18″ of rain is necessary over central and southern California; 9-12″ for northern California and central Texas. Map: NOAA NCDC. 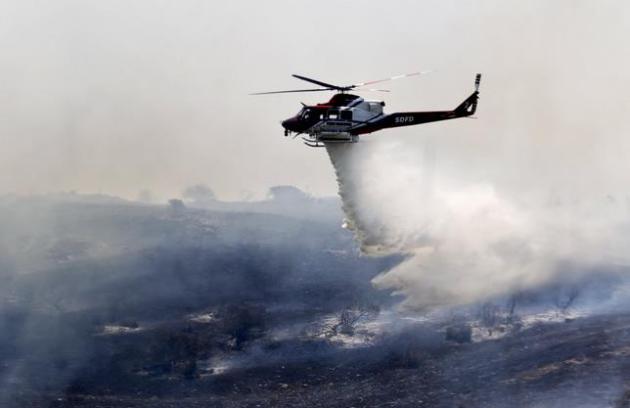 Summer Preview. I see a continued cool, wet bias into much of summer, interrupted by a few heat “spikes”, sudden rushes of 90s that linger for a few days, then swept away as Canadian winds return. NOAA predicts a slight cool bias for May, June and July (upper right) with significantly warmer than average for the west, south and east as El Nino intensifies. 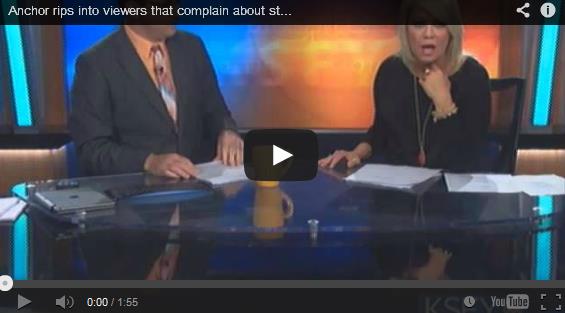 South Dakota Anchor Goes Off on Viewers Who Complained About Weather Warning. Wow, this brings back memories – I vividly recall a handful of viewers complaining about interrupting Oprah with tornado warnings. “It’s not my county, I don’t care!” they would screech. But if it WAS your county you would probably want to know, right? “Well, yes”. TV meteorologists are put into no-win scenarios, but an anchor in Sioux Falls had enough of the whining. Good for her. Here’s an excerpt and video clip fromTVSpy: “..I’d like to take a moment to say, ‘my co-anchor rocks!!’” KSFY meteorologist Shawn Cable posted on his facebook page. “We received a lot of nasty calls, emails, etc when I interrupted the Once Upon a Time season finale on Saturday. This morning, Nancy Naeve ripped into them like a monkey on a cupcake!” “I tell you what,” said Naeve on air. “Quit calling and ripping Shawn for being on the air to save people’s lives…”

How Much Energy Is In A Bolt of Lightning? According to Southern California Edison: “One lightning strike can carry up to 30 million volts—as much electricity as 2.5 million car batteries.” I did not know that. 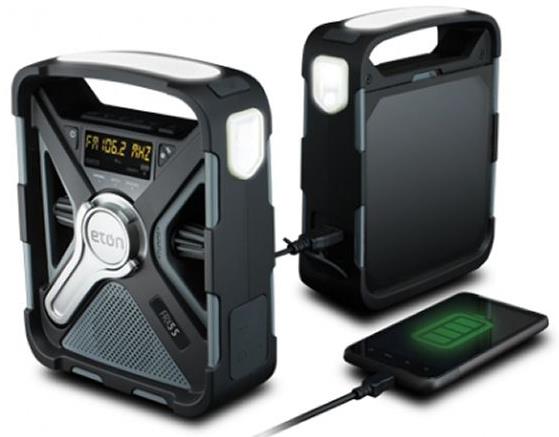 Hurricane Season Gadgets Help Before, And After, The Storm. Tampa Bay Timeshas a list of devices that can help you whether any severe storm: hurricane, flood or tornado. Here’s an excerpt: “Coming off of a relatively mild 2013 hurricane season, it’s easy to get lackadaisical about emergency planning. But don’t get caught off guard. Here are some products to help you be prepared….For a multitasking device, try the Eton FRX5 S Smartphone Charging Weather Alert Radio, which is a rugged charger with a 2000mAh rechargeable lithium battery with a solar panel and a hand-crank generator. Connect your phone or tablet with a USB cable. It’s also a weather radio, flashlight, emergency beacon and alarm clock. $130, shopetoncorp.com…” 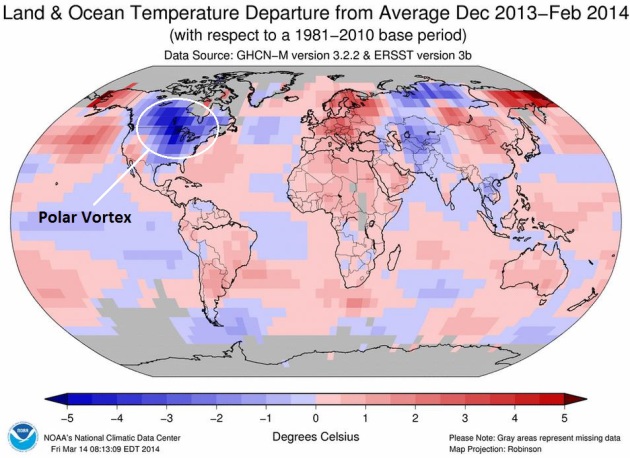 Meteorological Winter Temperature Anomalies. We are hard-wired to look out our windows and react to the weather outside. A stalled polar vortex signature kept temperatures much colder than average over much of Canada and the USA east of the Rockies, but check out all the red on the map; temperatures trending warmer than average. In fact it was much warmer than normal over Alaska, Europe, Asia and portions of Siberia, as well as most of the southern hemisphere. These are mean temperature anomalies from December 1, 2013 to February 28, 2014, compared to a historical 1981-2010 baseline. Map: NOAA NCDC.