Over the years I’ve learned a few things the hard way. The timing of a storm is obviously critical. So is the surface temperature. We tend to get hung up on snow amounts (“Hey Paul, where’s that 4 inches you promised me!”) when air temperature often determines how bad rush hour will be.

Colder storms tend to be more dangerous. Snow falling at 15F compresses into ice, and chemicals take time to melt this dangerous, slippery crust. In fact an inch at 17F can be far more hazardous to drive on than 6 inches of slush at 33F.

An area of mixed snow, ice and rain pushes across the Midwest today; slushy accumulations may slow travel tonight and early Wednesday from Minnesota into Wisconsin with rain showers farther south.

All things considered the weather looks fairly quiet over the next few days, with the exception of the Pacific Northwest. All the models we look at pull another sloppy Pacific frontal zone into Seattle and Portland with heavy rain by Thanksgiving Day. And a few instability rain showers can’t be ruled out for the Macy’s Day Parade in New York  City Thursday morning.

No storms with names, which is more than I can say for Costa Rica and Nicaragua. Tropical Storm Otto is packing a respectable punch, expected to track westward across Central America into the Pacific. You don’t see that very often. November systems are rare, but remember that hurricanes have been observed every month of the year.

That, and something odd is taking place in the Arctic, something we haven’t seen before.

There is the 12km NAM model predicted snowfall product into Friday; more lake effect for upstate New York, a plowable snow from central Minnesota into Wisconsin, and snow for the highest peaks from Colorado into the Pacific Northwest.

Much of the southern USA will get a taste of Canadian air by the first week of December with potential snow from north Texas into the Midwest and Ohio Valley. But there’s some evidence that milder, Pacific air may return for much of the USA by the second week of December.

Models print out showers from the Great Lakes and Ohio Valley to the Gulf Coast. No major problems getting home on Wednesday.

Heavy rain pushes into the Pacific Northwest, otherwise relatively dry, quiet weather prevails on Thanksgiving Day with pleasant temperatures over the southern half of the USA.

Reports of serious, lake effect snows for upstate New York and much of New England:

Conditions are ripe for rain showers in New York City Thursday – not a steady, heavy rain, but it will definitely look and feel like late November.

Check out the predicted track for now Hurricane Otto, courtesy of NOAA NHC. By the way, if Otto regains strength in the Pacific it may undergo a name change (different list of names in the eastern Pacific than the Caribbean). As if we weren’t all confused enough…

Something Really Crazy Is Happening In The Arctic

Have we reached a tipping point? I don’t pretend to know, but Tom Yulsman at Discover Magazine ImaGeo isn’t the only one who is alarmed: “Sea ice in the Arctic has been trending at record low levels since the third week of October — and now, something really crazy is happening up there. The Arctic is heading into the dead of winter, and across a vast swath of territory, the polar night has descended, with 24 hours of darkness each day. This is when temperatures should be plunging, and sea ice should be expanding rapidly. Instead, temperatures are soaring, and sea ice is actually shrinking. This shouldn’t be happening…”

Animation credit: “Changes in the concentration of Arctic sea ice between Nov. 12 and 19, 2016 are seen in this animation of satellite data. The North Pole is at the center. Areas with 100 percent coverage of ice are depicted in white. Lighter to darker blue tones are indicative of decreasing concentrations. And areas with no ice are in gray. Ice actually decreased within the area circled in red in the first frame of the animation.” (Data: University of Bremen. Images: Polar View. Animation: Tom Yulsman).

The Washington Post has more clarity and background on what makes GOES-R a massive step forward for the science of meteorology: “…The “camera” instrument on GOES-R — called the Advanced — doubles the resolution of the current NOAA satellites. It can scan the whole hemisphere in five minutes, and if there’s a particularly dangerous weather pattern approaching, forecasters can scan a smaller region over the United States every 30 seconds. Sudden bursts of lightning could mean thunderstorms are becoming severe. So, GOES-R has a lightning mapper to continuously monitor and transmit all of the lightning strikes across North America and the surrounding oceans…”

What’s It Like To Fly Into The Eye of a Hurricane?

Here’s an excerpt of a fascinating chronology of a Hurricane Hunter flight into “Matthew”, courtesy of NOAA AOML: “…We started bouncing up and down at a much faster rate, much like a very intense wooden roller coaster, as I tried to contain my stomach from getting too upset. As we pounded through the eyewall and made it into the eye, what I saw and experienced was truly breathtaking; thick white clouds above and below as far as the eye could see as blue skies and ocean attempted to pierce through, the turbulence experienced just moments prior was quickly winding down, and a sense of calmness surrounded us as we entered the eye of Hurricane Matthew. I was so taken aback by the magnitude of what I was seeing that I almost forgot to do my job and immediately started taking pictures and videos of the eye…”

Photo credit: “The eyewall of Hurricane Matthew as the aircraft was making a pass through.” Image credit: NOAA.

Summit County Citzens Voice has the story; here’s the intro: “California’s long-term drought has claimed another 36 million trees, the U.S. Forest Service said this week, announcing the results of a new aerial survey. Since 2010, more than 100 million trees have died across 7.7 million acres, the agency said. The die-off intensified in 2016, after four years of drought,  with mortality increasing 100 percent. Millions of additional trees are weakened and expected to die in the coming months and years. Forest Service leaders once again emphasized that their ability to address safety issues linked with dead trees has been severely hampered by climate change and limited resources…”

Earthquakes: Reckoning With The Big One in California – And It Just Got Bigger

Here’s a good summary of a recent study at The Wall Street Journal: “…For years, scientists believed the mighty San Andreas—the 800-mile-long fault running the length of California where the Pacific and North American plates meet—could only rupture in isolated sections. But a recent study by federal, state and academic researchers showed that much of the fault could unzip all at once, unleashing a rare, singular catastrophe. Now, insurers have used that research to come up with a new analysis of the damage that could be caused by statewide break of the San Andreas…”

Photo credit above: “A 6.7-magnitude earthquake struck the Northridge suburb of Los Angeles in 1994, causing 57 deaths and $20 billion in property damage. Researchers say a statewide quake above 8.0 could cause $289 billion in damage just to homes alone.” Photo: AP. 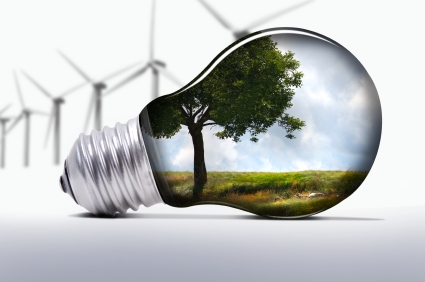 I have yet to meet anyone who doesn’t want to save money. If it helps to clean up the air and improves our kids’ health, all the better. Here’s an excerpt from Quartz: “…Outside of Washington, there is overwhelming support for renewable energy. Gallup found that 79% of Americans would like to see more emphasis on domestic solar energy production and they are increasingly voting with their roofs: more than one million US homes now have solar panels installed. Red states like South Dakota and Idaho are on the forefront of renewable energy adoption alongside blue states like California and Massachusetts. Clean energy is not a partisan issue—it’s a technology that can provide solid middle class jobs and energy savings for all.…”

A Golden Age For Television Series – But Can It Last?

Here’s a snippet of an interesting story at The Washington Post: “…But the wild spending is stoking fears about whether or when TV’s financial bubble might burst. The glut of scripted dramas and comedies has dramatically boosted budgets, but it has not solved the industry’s most dire dilemma: The lack of a functioning business model for a new TV era. “The overall television ecosystem can’t sustain this,” said Eric Schrier, president of original programming for FX Networks, home of Emmy winners such as “The Americans” and “The People v. O.J. Simpson: American Crime Story.” “There are networks [investing] in original programming and scripted TV that are trying to justify their existence by being in that business,” Schrier added. “And as the consumer can’t consume all this content, the strong will survive and the weak will not be able to exist...”

I had to laugh, reading this post at City Pages. Check your location on a map. You live in Minnesota, where the weather (often) changes on a dime: “…During a break in the toil, Gibbs took his phone and snapped another photo, looking to capture how rapidly the weather had changed in just 48 hours. He spliced the two side-by-side. The difference in scenes is remarkable.  The Wednesday “before” photo looks like a catalogue shot that could be used to sell lakefront properties. The Friday “after” shot looks like the setting for a National Geographic show about Kodiak bear hibernation…”

Photo credit: “Minnesota’s winter snuck up on us. Then whacked us in the face.” Ethan Gibbs.

Okay, maybe time to let the #Arctic know what season it is -> another drop in #seaice extent from the last 24-hours (3rd day in a row, JAXA) pic.twitter.com/2Fl1pQUsD4

Alarmist hype? We’ll see, but we are in uncharted waters. Literally. Here’s an excerpt from The Independent: “…Professor Peter Wadhams, head of the Polar Ocean Physics Group at Cambridge University, told The Independent that such warmth in the Arctic at this time of year was once virtually unheard of. “Temperatures of more than zero are really exceptional for this time of year. It’s remarkable in terms of the way the climate used to be, but over the past six years this is what’s developed,” he said. It was, he said, the result of a “sudden” change in the jet stream – high altitude winds that circle the globe and have a major effect on the weather...”

Jason Samenow reports at Capital Weather Gang; here’s an excerpt: “…Every degree of warming makes a substantial amount of difference,” Meehl said. Meehl’s latest work, with co-authors Claudia Tebaldi and Dennis Adams-Smith, builds on a study he published (with colleagues) in 2009. It found that, since 2000, about twice as many record highs as record lows had occurred in the continental U.S. If the climate was not changing, roughly an equal number of record highs and lows would have been expected…”

The Rockefeller Family Fund vs. Exxon

Here’s an excerpt of a long, fascinating and troubling story at The New York Review of Books: “Earlier this year our organization, the Rockefeller Family Fund (RFF), announced that it would divest its holdings in fossil fuel companies. We mean to do this gradually, but in a public statement we singled out ExxonMobil for immediate divestment because of its “morally reprehensible conduct.”1 For over a quarter-century the company tried to deceive policymakers and the public about the realities of climate change, protecting its profits at the cost of immense damage to life on this planet. Our criticism carries a certain historical irony. John D. Rockefeller founded Standard Oil, and ExxonMobil is Standard Oil’s largest direct descendant. In a sense we were turning against the company where most of the Rockefeller family’s wealth was created…”