Tropics Update: Development Possible in the Gulf of Mexico
Summer Heat From the SE to the NW
Severe Storms in the Plains & Midwest through Sunday
Heavy Rain & Strong Storms for Florida this Weekend
Rainy Pattern Sticks Around in the Southwest
Monsoon Storms Spark New Fires
All Weather News

Severe Risk over the Northern States Thru the Weekend 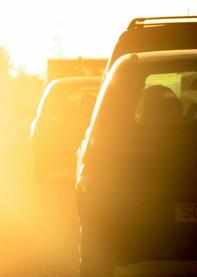 USA Had Warmest March-May On Record. Here’s an excerpt from USA Today: “The surreal heat that enveloped much of the USA this spring turned out to be a record breaker: Federal scientists announced today that the spring was the warmest ever recorded in U.S. history. Climatologists define spring as the months of March, April and May; weather records go back to 1895. “Record and near-record warmth dominated the eastern two-thirds of the nation during spring,” according to the National Climatic Data Center report. “Thirty-one states were record warm for the season. Only Oregon and Washington had spring temperatures near normal.” 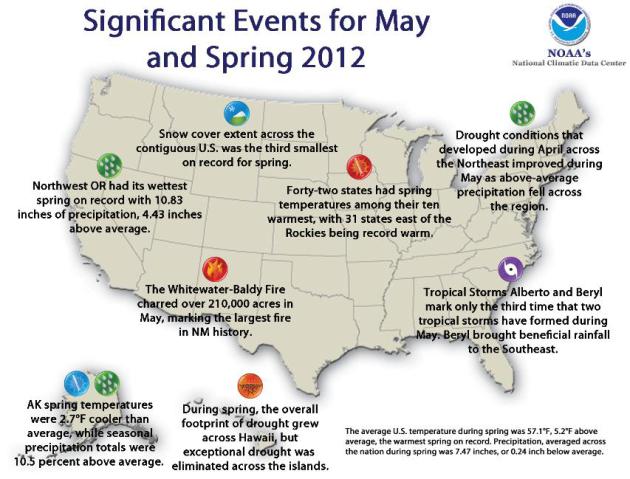 Second Warmest May – Hottest Spring On Record For USA. Details from NOAA NCDC: “The average temperature for the contiguous U.S. during May was 64.3°F, 3.3°F above the long-term average, making it the second warmest May on record. The month’s high temperatures also contributed to the warmest spring, warmest year-to-date, and warmest 12-month period the nation has experienced since recordkeeping began in 1895.” 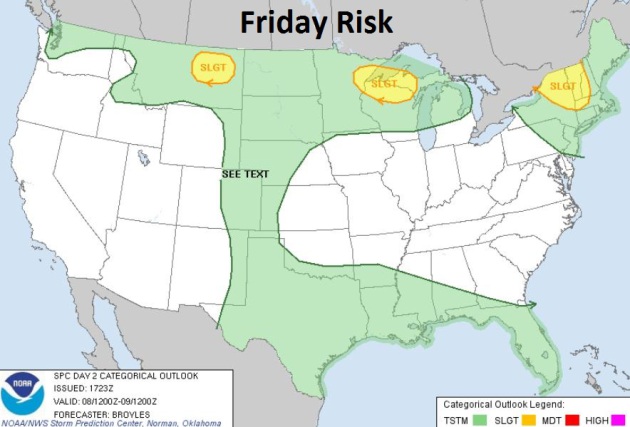 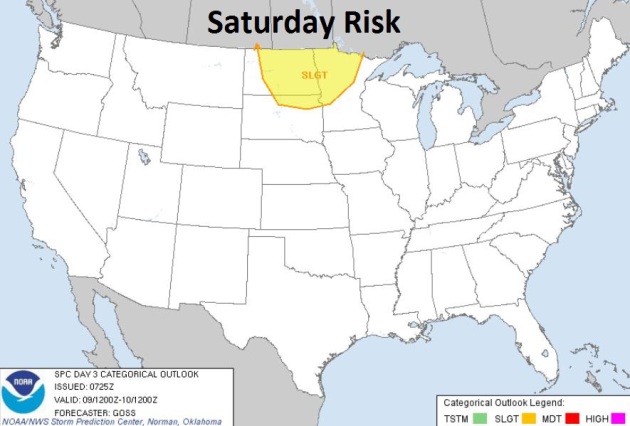 Severe Storms Hit Metro Denver. KDVR.com has the details: “DENVER — Unusual overnight severe weather hit the metro area Wednesday into Thursday, bringing lightning, thunder, heavy rain, hail and flooding to much of the region. Despite several Tornado Warnings, there were no confirmed tornado touchdowns with the round of late night storms. Hail hit the southern and western parts of metro Denver especially hard. Several inches were on the ground Thursday in places such as Castle Rock, Parker and Highlands Ranch. Some roads were flooded and there was a lot of standing water around the city. Motorists needed to allow extra time for their morning commute Thursday.” 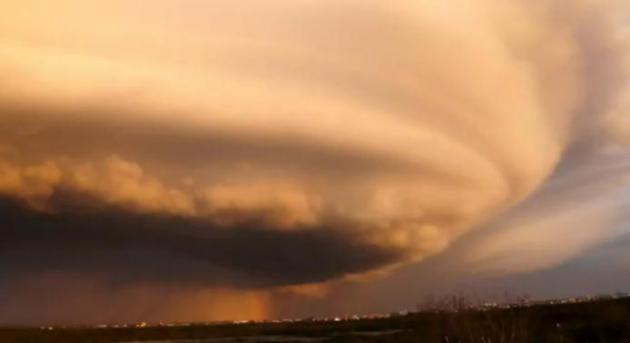 Supercells In Unlikely Places. It’s a short YouTube clip, but unlike anything I’ve seen recently, video taken by Joe Prince up in Bethel, Alaska! I had no idea Alaska even experienced rotating, “supercell” thunderstorms. 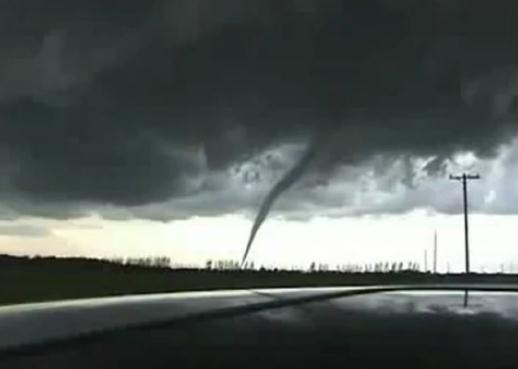 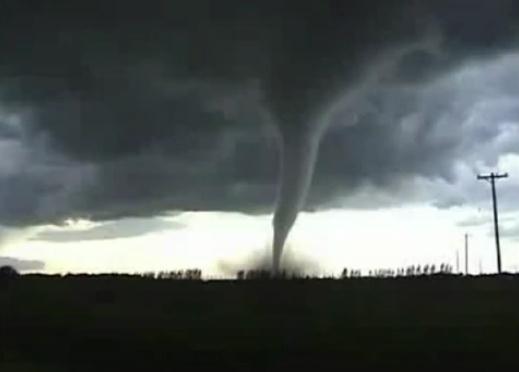 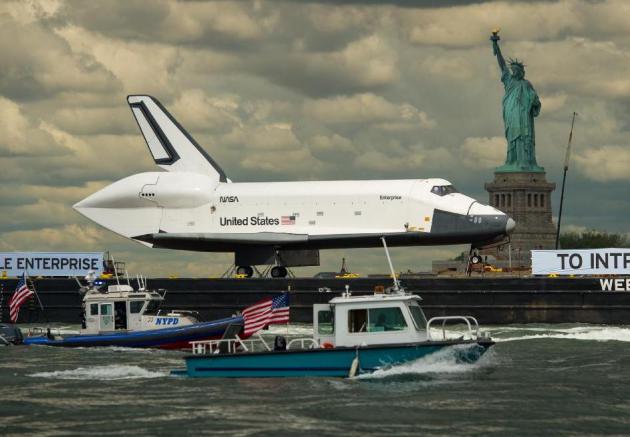 Image Of The Day: Enterprise Moves To Intrepid. Thanks to Bill Ingalls of NASA for sharing this moving photo. Details: “Atop a barge on Wednesday, June 6, 2012, the space shuttle Enterprise was towed on the Hudson River past the Statue of Liberty on its way to the Intrepid Sea, Air and Space Museum, where it will be permanently displayed.” 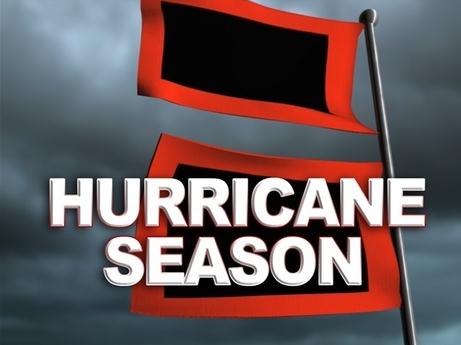 Welcome To Hurricane Season Circa 2012. The story from Huffington Post; here’s an excerpt: “A hard rain’s gonna fall. Question is how hard and how often. June 1 marks the official start of the Atlantic hurricane season. This year the atmosphere kind of jumped the gun by spawning two named Atlantic storms — Alberto and Beryl — in May. That fast start out of the gate notwithstanding, the official hurricane forecasts for 2012 envision a fairly ho-hum year: see here, here and here. For example, the forecast by the National Oceanic and Atmospheric Association has a 70 percent chance of: 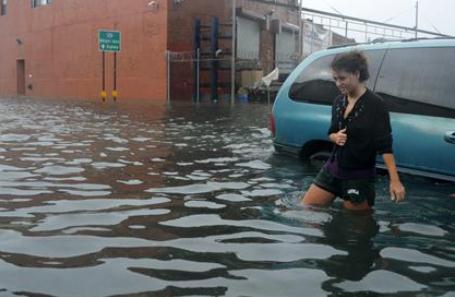 Study: Storm Surge From Hurricanes Threatens 4 Million Homes. USA Today has an eye-opening story – here’s an excerpt: “A survey of the USA’s vulnerability to hurricane-driven storm-surge damage found that more than four million homes worth over $700 billion are at risk along the Atlantic and Gulf Coasts. Storm surge — the massive mound of water that builds up and comes ashore as a hurricane moves over the ocean or Gulf of Mexico— is typically the most dangerous aspect of hurricanes. The report, released this morning by research and consulting firm CoreLogic of Santa Ana, Calif., found that Florida is the state most prone to storm-surge damage, with about 1.4 million homes at risk, worth a total value of $188 billion.” 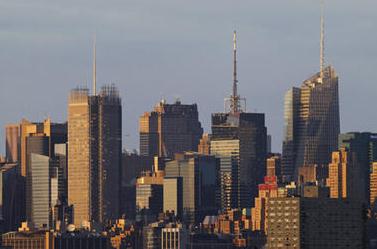 New York City At High Financial Risk For Hurricane Damage. Talk about a worst-case scenario; The Christian Science Monitor has an important story – here’s an excerpt: “When people think of hurricane damage they usually think of Miami or New Orleans, but a new report suggests the greatest financial risk of all may be much farther north: the greater New York City area. Data analysis firm CoreLogic said in a new report released on Thursday that the U.S. metropolitan area at greatest risk, both in the number of properties affected and the potential value of damage, was New York City. For the firm’s purposes, the area also includes Long Island and northern New Jersey. “The summer of 2011 gave us some startling insight into the damage that even a weak storm can cause in the New York City metro area,” CoreLogic vice president Howard Botts said.” 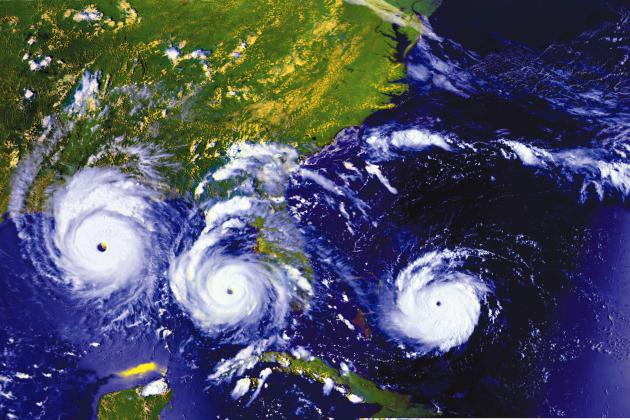 If A Hurricane Hits We’ll All Pay. Here’s an excerpt from an Op-Ed in The Miami Herald: “….Contrary to news reports that continue to quote individuals who believe the mention of crippling hurricane tax assessments is nothing more than a scare tactic, the proof is in the numbers, and there are some things we know for certain:

• Citizens is far from the insurer of last resort, with approximately 25 percent of Florida’s homeowners insurance market and rates that are about 40 percent below where they need to be to cover its risk. Citizens claims are subsidized by non-Citizens policyholders, which account for the 75 percent of Florida homeowners who have private homeowners insurance. So, 75 percent of Floridians are not only paying for their own risk but are also being taxed (assessed) to help pay past storm claims for Citizens policyholders. And, depending on the severity or frequency of storms that make landfall in Florida this year, unfortunately and in all probability, they will be required to pay more in the future.” 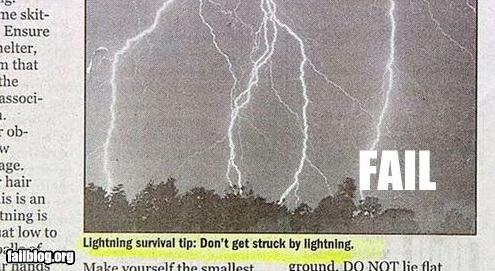 Lightning Fail. Thanks to failblog.org for passing this useful nugget along. I need to remember this…