Severe Today in the Central Plains

Sunday Severe Risk. According to SPC, the Storm Prediction Center, parts of the central Plains will experience a few storms with hail, damaging winds and isolated tornadoes later today. 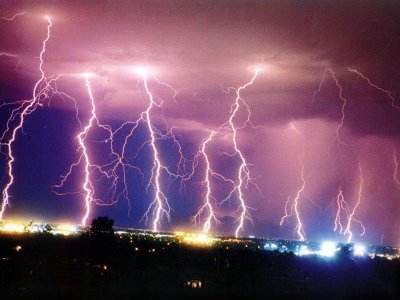 What To Do During Severe Storms, Tornado Threats. Here’s a great post on tornado and severe storm safety from fredericksburg.com: “What should you do during the threat of severe storms and tornadoes? Here are some pointers from Mark Doyle of Stafford Fire & Rescue: 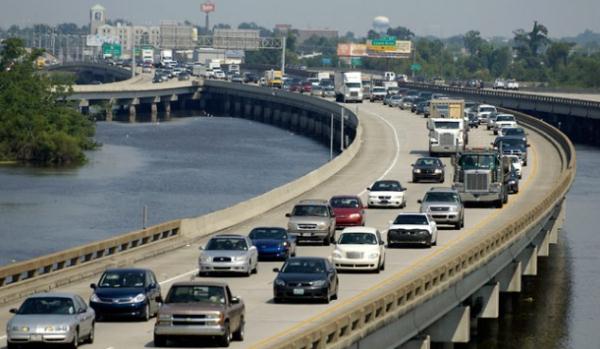 Your 7-Point Checklist For Hurricane Season. Some very good advice from thecarconnection.com: “….But even though we have no reason to disagree with NOAA, and even though we’re certainly not pessimists (Friday pessimists? Whoever heard of such?), we would like to mention a couple of things:

1. There have already been two named storms in the North Atlantic before hurricane season officially began.
2. All it takes is one major storm to throw you for a loop — or worse.

The good news about hurricanes is that, unlike some other natural disasters, we can see them coming. In the U.S. we know that they’re most likely to appear during the six months between June 1 and November 30, and once they’re on the map, our meteorologists can predict fairly accurately where they’re going to hit. That means we have time to prepare.” 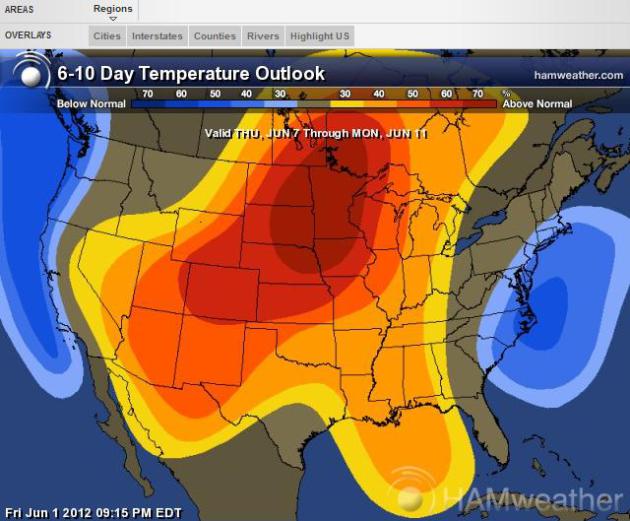 Beach-Worthy, Pool-Compatible. I’m liking what I see from CPC, NOAA’s Climate Prediction Center – forecasting a warm bullseye right over the Upper Midwest for not only the next 6-10 days, but looking out 2 weeks. Map courtesy of Ham Weather.

Proud Papa. Forgive me for 20 seconds while I acknowledge my youngest son, Brett, who just graduated from the U.S. Naval Academy in Annapolis. He’s off to Pensacola for basic aviation training. He hopes to fly helicopters, but in reality he’ll fly whatever the Navy wants him to fly. I’m extraordinarily proud of Brett, and all the young men and women who are serving our nation in a time of war.