Windchill Warning. Underscoring how dangerous the current and predicted chill factors will be, here’s the latest from the Twin Cities National Weather Service: 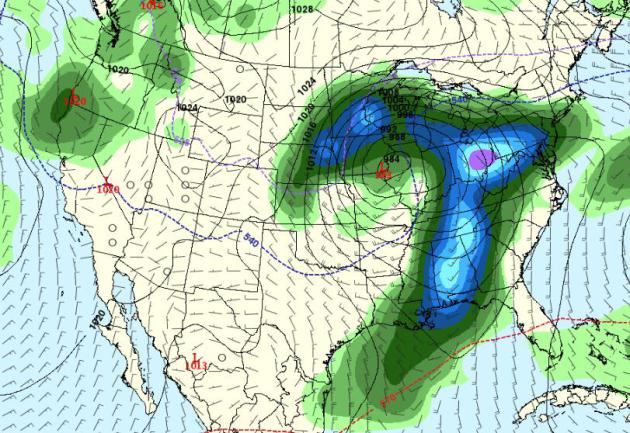 Late January Snowstorm? It’s way too early to get excited, but the GFS model spins up an impressive storm over the Upper Midwest around January 30th, a Wednesday. Please circle your calendar. I’m skeptical (“when in a drought don’t predict rain….or snow”) but in the spirit of full disclosure, computer model warts and all, here goes. Place your bets. 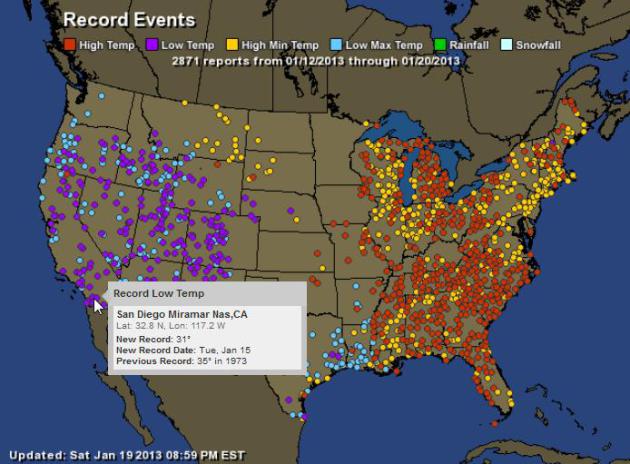 What A Week. 2,871 temperature records, nationwide, in the span of a week. Record warmth east of the Mississippi, record chill west of the Rockies, and now the coldest air of winter is pushing south out of Canada. For an interactive map from Ham Weather showing details for each (dot) click here. 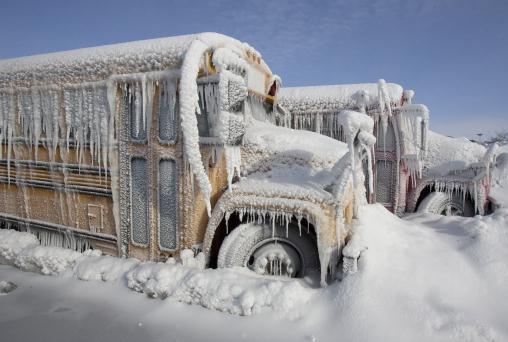 Absence Of Below Zero F. High Temperatures. In this week’s Weathertalk Newsletter Dr. Mark Seeley has a good summary of the streak of above zero daytime highs here in the Twin Cities, but the warm bias is even showing up in the city famous for (among other things) testing car batteries, International Falls: “…For Twin Cities residents we may be seeing a remarkable record weather streak come to an end by Martin Luther King Day (Monday, Jan 21st). The Twin Cities have not reported a daytime high temperature below 0 F since January 15, 2009 (high of -6 F). By Monday, this streak will be 1466 days long, the longest such streak in the Twin Cities climate record back to 1873. In addition the National Weather Service reports a remarkable absence of below 0 F minimum temperatures for the Twin Cities in recent winters as well, with only 3 such days last winter, and 1 so far this winter. This trend, but to a lesser extent is obvious in the recent data for International Falls as well. There the average number of days when the high temperature remains below 0 F is about 10 per winter. Over the past three winters it has just been 3 days. In addition, overnight minimum temperatures at International Falls fall below 0 F slightly 60-61 days per winter on average. Last winter brought only 35 such days, and there have been only 26 such days so far this winter, well below average…

File photo above: AP. The local NWS office has more on our streak of days with daytime highs above zero here. 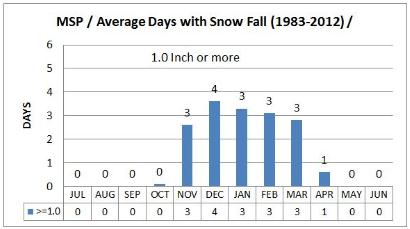 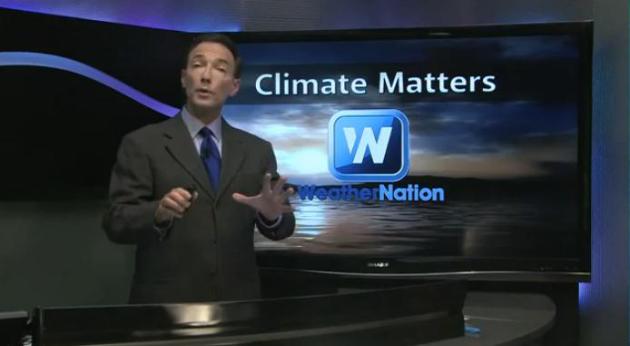 Primetime Wintertime. It’s a bit strange to be getting intense cold – without the snow. If you’re looking for serious snowfall amounts fly to London, or Paris, or the south of France. Details on the latest installment video of Climate Matters: “As the Midwest prepares for an arctic blast, snow is crippling travel in other parts of the world. Meteorologist Paul Douglas looks at some of the global temperature extremes and winter conditions around the globe.” 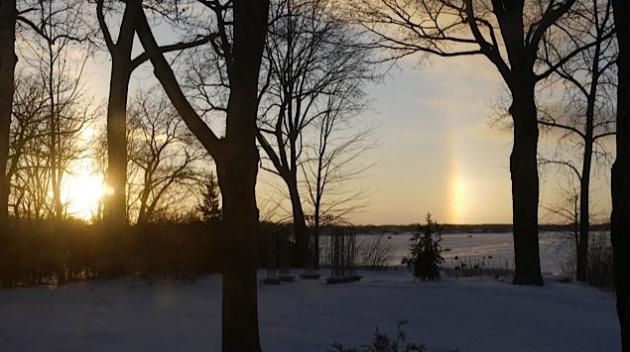 Equation Of Time Solves Problem Of Gray Mornings. As of today sunset is 30 minutes later than it was on December 21, yet sunrise is only 3 minutes earlier. Why isn’t it equal? This is a question I get often, and (sadly) there is no easy answer, but this New York Times article does the best job I’ve ever seen explaining the disconnect; here’s an excerpt: “…Earth’s tilt means that every day during the fall, the angle at which we view the Sun changes. It appears farther south and travels a shorter arc across the sky, affecting sunrise and sunset equally, and making the day shorter. The changes in the solar time follow a different cycle. In the early 1600s, Kepler discovered that planets move faster at the part of their orbit that is closest to the sun, the perihelion. For Earth, perihelion comes a little after the winter solstice, so from November on, Earth is accelerating. That increased speed means we reach the Sun’s maximum a little earlier each day, which pushes solar noon backward against clock time. That shift is amplified because the Sun is traveling a little south each day, while clocks only count its east to west traverse. Add it all together and you get sunrise and sunset times that are not symmetrical…” 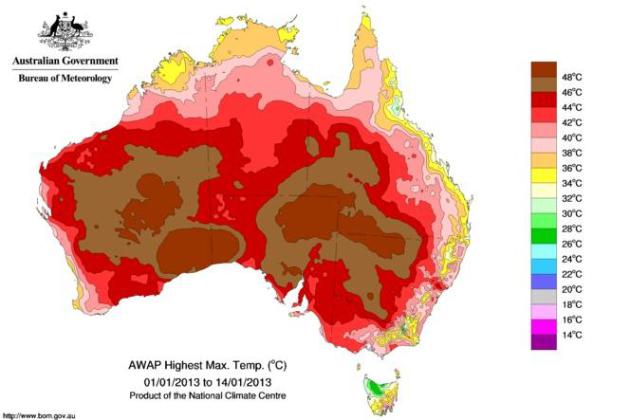 What’s Causing Australia’s Heat Wave? Here’s an excerpt of a fascinating article at Australia’s The Conversation, focusing on the factors converging to create historic heat across the country: “…And it’s not like these sorts of days occur that often. The records set last week sit between two and three standard deviations above the long-term January mean of 35°C. Perhaps more unusually, the Australian mean temperature (representing the average of the daytime maximum and night-time minimum) set record high values on both days at 32.22 (January 7) and 32.32°C (January 8), that were well above the previous high of 31.86°C, set in 1972. However, it is really the duration of this extreme heat wave that makes it so unusual, and so significant in terms of impacts…” 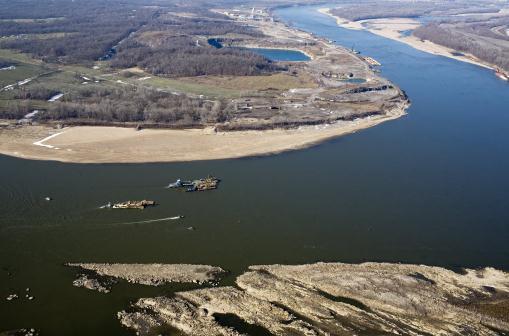 Keeping The Boats Moving Along A Mississippi Dwindled By Drought. Things look a little better for navigation on the Mississippi, but officials are still concerned about 2013 conditions, with drought conditions upstream. The New York Times has the story; here’s an excerpt” “…The fact that the river has remained open for business along the critical “Middle Miss” — the 200 miles between the Mississippi’s last dam-and-locks structure, above St. Louis, down to Cairo, Ill., where the plentiful Ohio River flows in — stems from a remarkable feat of engineering that involved months of nonstop dredging, blasting and scraping away of rock obstructions along the riverbed, effectively lowering the bottom of the channel by two feet. It has also involved exacting use of reservoirs along the vast river system that were initially designed by engineers using slide rules nearly 100 years ago to try to manage both flood and drought, as well as rock structures placed in recent years along the bank to direct water and speed it up, a bit like a thumb over the end of a garden hose…”

Photo credit above: “Barges work on dredging the Mississippi River near Thebes, Ill., Jan. 8, 2013. Despite withering drought that has caused record-breaking low water levels that threaten to shut down traffic on the Mississippi River, it remains open for business thanks to an engineering feat that lowered the bottom of the channel by two feet.” (Tyler Bissmeyer/The New York Times) 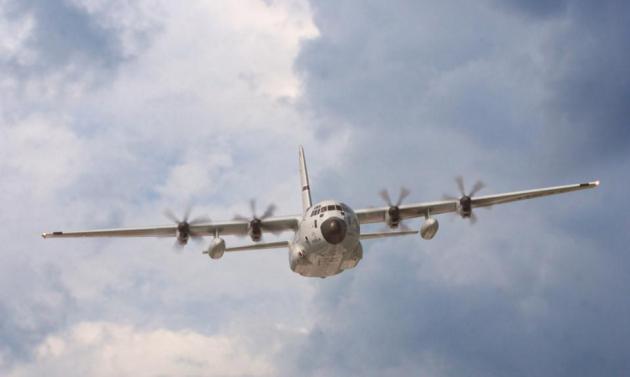 “Hurricane Hunters” Kept Relentless Watch On 2012 Storms. Did you know that the Air Force flies their planes into (major) winter storms, to gather more accurate data for NOAA’s computer models? Here’s an excerpt of an article from the U.S. Air Force: “As the nation rebounds from 19 named storms and 11 major hurricanes in 2012, a small but hardy military organization keeps relentless watch to track and prepare for such disasters. Located at Keesler Air Force Base, Miss., the 53rd Weather Reconnaissance Squadron, dubbed the “Hurricane Hunters” of the Air Force Reserve, is the Defense Department’s sole organization dedicated to flying into tropical storms and hurricanes. The unit has performed the mission since 1944. In a “DOD Live” bloggers roundtable today, Lt. Col. Jon Talbot, 53rd WRS chief meteorologist, and Capt. John Brady, a meteorologist with the squadron, said collecting winter storm, hurricane and tropical cyclone data for the National Weather Service is critical in mitigating loss of life and property. Typically, a winter storm mission begins only if the weather system will have a large, societal impact somewhere in the United States, Talbot explained. “Winter storms kill more people than hurricanes do,” Talbot said, noting his team’s specialty in analyzing data over water, where information is sparse. “If the National Weather Service is seeing a lot of uncertainty in their [data], they’ll contact our liaison team.” 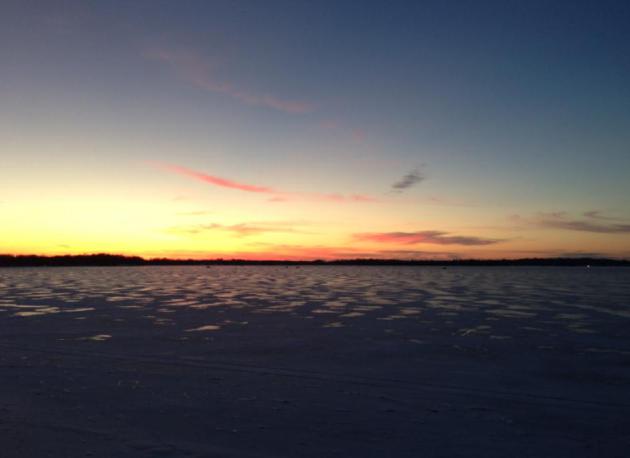 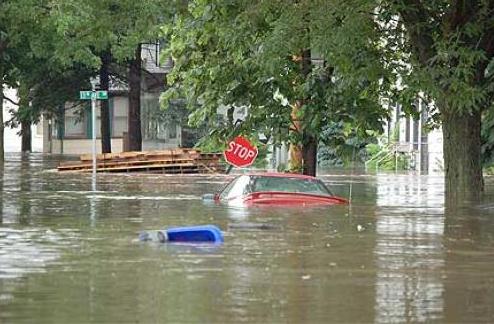 Heatwave, Storms, Flooding: Climate Change To Profoundly Affect U.S. Midwest In Coming Decades. Here’s the intro to a story at Science Digest: “In the coming decades, climate change will lead to more frequent and more intense Midwest heat waves while degrading air and water quality and threatening public health. Intense rainstorms and floods will become more common, and existing risks to the Great Lakes will be exacerbated. Those are some of the conclusions contained in the Midwest chapter of a draft report released last week by the federal government that assesses the key impacts of climate change on every region in the country and analyzes its likely effects on human health, water, energy, transportation, agriculture, forests, ecosystems and biodiversity...” 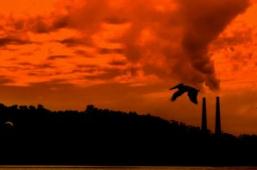 Regardless Of Why, Climate Change Will Be Changing US In S.D. Here’s an excerpt of an article at The Rapid City Journal that got my attention: “…Earlier this month, the U.S. Global Change Research Program issued the latest version of the national climate assessment. You can find it online at globalchange.gov…..The five key messages in the Great Plains chapter discuss: 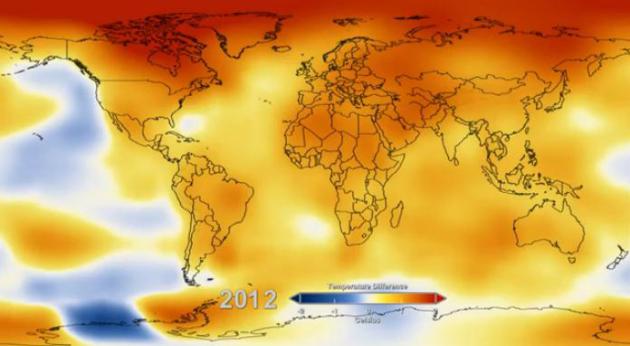 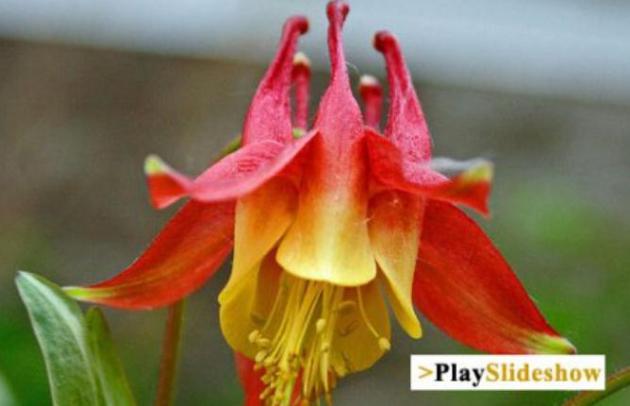 Global Warming Brings Earlier Spring Flowers. Here’s an excerpt of a story at Discovery.com: “…They found that as temperatures warmed over the last 161 years, the date of first blooms of the season crept forward, too — about 10 days earlier than when Thoreau first visited the site. During the record-breaking years of 2010 and 2012, flowering happened a full 20 to 21 days earlier. The average spring temperature at Walden Pond has increased about 6 degrees Fahrenheit (3.4 degrees Celsius) since Thoreau’s time…”

Photo credit above: “In incredibly detailed notebooks, Thoreau documented the flowering times of species such as the wild columbine.” TBoard | Flickr.com. 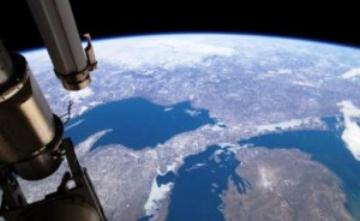 How Climate Change Is Damaging The Great Lakes, With Implications For The Environment And The Economy. The Center for American Progress and Think Progress have the story; here’s an excerpt: “Great Lakes Michigan and Huron set a new record low water level for the month of December, and in the coming weeks they could experience their lowest water levels ever. It’s becoming certain that, like the rest of the country, the Great Lakes are feeling the effects of climate change. Last year was officially the warmest year on record for the lower-48 states. The hot summer air has been causing the surface water of the Great Lakes to increase in temperature. One might think this causes more precipitation around the lakes, but the warmer winter air is causing a shorter duration of ice cover. In fact, the amount of ice covering the lakes has declined about 71 percent over the past 40 years. Last year, only 5 percent of the lakes froze over –- compared to 1979 when ice coverage was as much as 94 percent….”