Lessons from the Friday evening record bow echo (above) that whipped up 60-80 mph winds for 15 long minutes? Trees are going to come down with increasing frequency. A little strategic pruning may lower the risk of one landing on your home or car.

And don’t dismiss Severe Storm Warnings. Yes, they’re a dime a dozen – far more likely to be ignored than a Tornado Warning. But here’s the thing: Friday’s severe straight-line winds created a damage swath consistent with a 15 mile wide EF-0 to EF-1 tornado. It doesn’t have to be a tornado to wreak havoc. One minor miracle: biggest power outage in Minnesota history, yet no storm-related fatalities or significant injuries, that I’m aware of. It’s amazing (to me) that all those trees coming down didn’t hit people. Something to be very grateful for.
But it’s becoming increasingly obvious that infrastructure built in the 19th & 20th century is going to have a rough time weathering 21st century severe local storms. According to the Energy Information Administration the number of outages on the U.S. electrical grid has increased ten-fold since 1992, mostly the result of high winds. Ten-fold. But I’m sure that’s just another head-scratching coincidence.
We should hit 90F today & Tuesday with more severe storms; best chance late each day. A dry pattern returns Thursday into the weekend. Blue sky, highs near 80, dew points in the 50s next weekend?
Dear Diary, you’re not going to believe this. I’m optimistic for the 4th of July too.
* frame-grab up top from RadarScope app showing Friday’s evening’s bow echo courtesy of WeatherNation meteorologist Todd Nelson. When you see an approaching thunderstorm blob that looks like a horse-shoe, bulging into a spear-like point as it accelerates forward, it’s time to head for the basement. Potentially damaging winds are imminent. 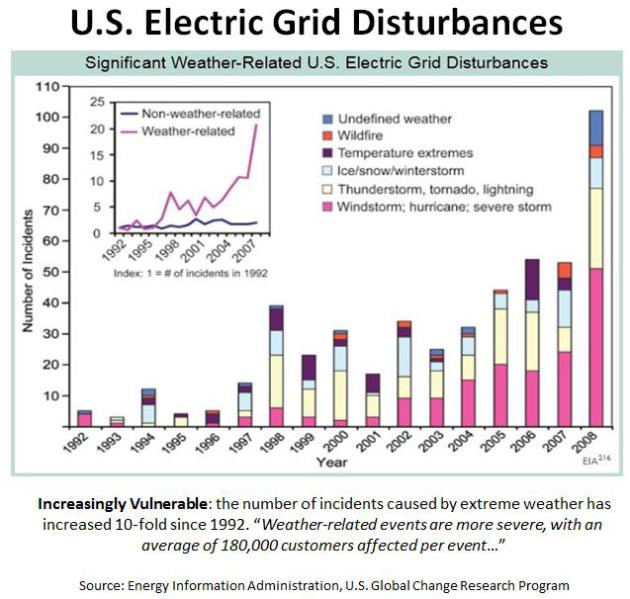 Troubling Severe Weather Trends With The Grid. A 10-fold increase in incidents on the USA power grid triggered by extreme weather – according to the Energy Information Administration. Here’s an excerpt from a summary at The  U.S. Global Change Research Program: “The number of incidents caused by extreme weather has increased tenfold since 1992. The portion of all events that are caused by weather-related phenomena has more than tripled from about 20 percent in the early 1990s to about 65 percent in recent years. The weather-related events are more severe, with an average of about 180,000 customers affected per event compared to about 100,000 for non-weather-related events (and 50,000 excluding the massive blackout of August 2003).1 The data shown include disturbances that occurred on the nation’s large-scale “bulk” electric transmission systems. Most outages occur in local distribution networks and are not included in the graph. Although the figure does not demonstrate a cause-effect relationship between climate change and grid disruption, it does suggest that weather and climate extremes often have important effects on grid disruptions. We do know that more frequent weather and climate extremes are likely in the future,2 which poses unknown new risks for the electric grid.  Image Reference: EIA3“

Severe Risk. A little perspective is in order as we recover from Friday’s traumatic severe windstorm. June is the wettest month of the year; it’s also the most severe month of the year, on average. June is a rough month to begin with, made harder this year by a jet stream blowing close to Minnesota. Some of that high-velocity air worked its way to the ground in Friday evening’s severe thunderstorm.

Ripe For More Storms. The next surge of hot, steamy air sets up an episode of strong to severe T-storms from Monday evening into Wedneday across the Upper Midwest and Great Lakes, reaching northern New England by midweek. Showery rains continue from the San Francisco Bay area into the Pacific Northwest – the tropics remain quiet looking out at least 7-10 days. 84 hour NAM model: NOAA.
Pushing Into A (Slightly) Drier Pattern. T-storms will be with us tonight into Wednesday, but we finally dry out the latter half of this week; odds favor dry (beautiful) weather on Saturday, only a few spotty T-storms up north next Sunday. Highs may approach 90 today and Tuesday, again Thursday, before cooling off slightly by the weekend.
Ball Lightning From Sunday Morning’s Storms? Here’s a portion of an e-mail I received from Dean DeHarpporte, a consulting meteorologist based in Eden Prairie. I’m impressed, and as I told Dean, more than a little jealous. I have yet to see ball lightning (or the “green flash” at sunset, for that matter). Here is what he wrote: “Paul, my wife an I witnessed an apparent display of ball lightning between 330 AM and 430 AM this morning. Although we are taught very little about ball lightning as meteorologists, I have always considered ball lightning to be basketball-size and lasting for several minutes. Large, long-lasting instance of ball lightning have exploded and caused fatalities.  However, the phenomena has been reported in many sizes and durations.
The phenomena we observed within the grove of trees out our large 2nd story bedroom window were approximately 25 points of bright white light lasting about one-two seconds before blinking out. The distance ranged from as close as ~20 feet to as distant as ~120 feet outside our window. The height ranged from 5-15 ft above ground. I estimate the intensity (very roughly) as that of a 200 watt incandescent bulb. The light bursts were bright enough to remain visible even as dawn approached. Light rain fell intermittently and we heard occasional rumbles of thunder originating miles away.
According to the Wickipedia article http://en.wikipedia.org/wiki/Ball_lightning (which is extremely interesting) ball lightning is “unexplained”. A review of the available literature published in 1972 identified the properties of a “typical” ball lightning, whilst cautioning against over-reliance on eye-witness accounts:
15 hours, 26 minutes of daylight today. 1 minute less than yesterday.
8 hours, 46 minutes of daylight on December 21 in the Twin Cities. 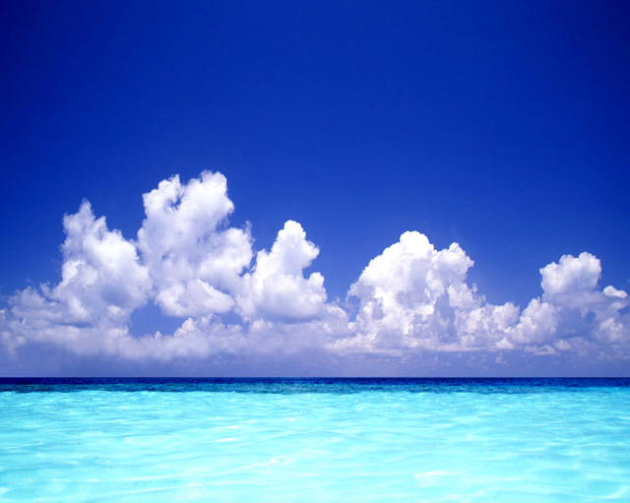 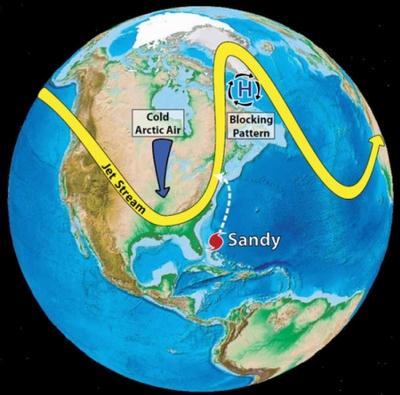 “Climate change causes the polar jet stream to often attain a shape that moves some northerly weather to the south, and southerly weather to the north, and then allows those weather systems to persist in place for long periods. That, in combination with the warming in polar areas, allows for Alaska’s record-breaking heat wave….and expect more.” 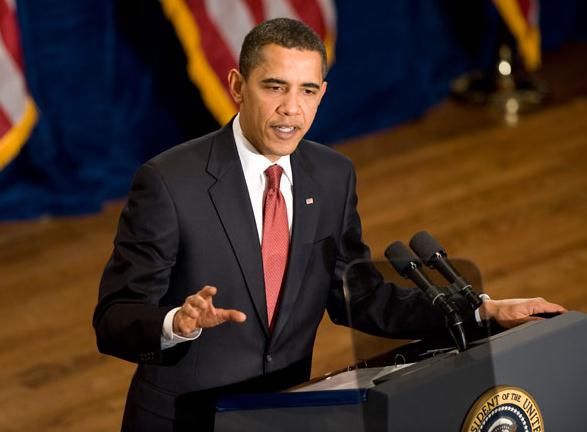 Obama To Make Climate Change Speech From Site Of George Washington’s Visit. Here’s a clip on the President’s pending climate change speech (tomorrow), courtesy of Georgetown: “President Barack Obama will lay out his vision for the steps he believes the country needs to take to address the effects of climate change and fight it on Tuesday at 1:35 p.m. at Georgetown. He will speak from the same university building the nation’s first president spoke from in 1797. Old North, which served as Georgetown’s main building from 1795 until the completion of Healy Hall, has received 13 United States presidents. The speech will be webcast live on http://www.georgetown.edu….”