At a party Saturday evening people just couldn’t resist. “Paul, where’s your global warming now! And why are we having such a rough winter?” Uh boy… I was polite, so Minnesota-nice my teeth hurt.

“Can you see the globe from your window?” I asked. I think we’re all hard-wired to look outside and assume the weather’s just like that – worldwide. Perspective is important, as well as not mistaking weather for climate.

And a rough winter, really? Compared to last winter, absolutely, but overall? Not so much. Typical winter: 22.5 subzero nights in the metro. So far this winter: 6 nights below 0 F.

In spite of the recent cold spell a 7 percent savings on home heating costs this winter, based on heating degree days.

Another inch of slush is possible tonight; tumbling temperatures Wednesday; highs near zero on Thursday. Not as cold as last week, but cold enough. I see gradual warming in February as a higher sun angle kicks in. Maybe we’ll see a real storm. NOAA predicts significant improvement in our drought by May.

I wish I was that optimistic. 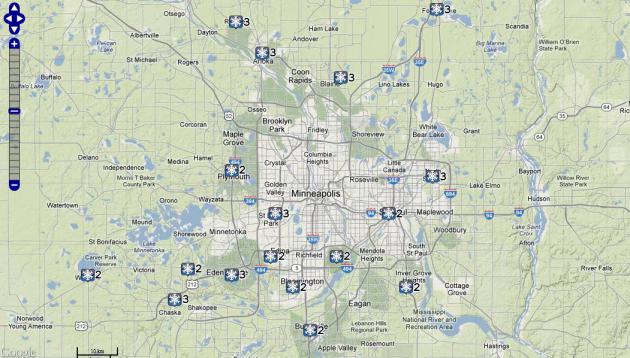 Sunday Snow Burst. It was a 1-2 punch, a few hours of freezing rain and drizzle (glaze ice), and then, as predicted, temperatures aloft cooled, allowing rain to change to a 2-4 hour period of wet snow. I forecast 1-2″; most of the metro area picked up 2-3″ before the snow cut off around 4-5 pm. Map above: NOAA. 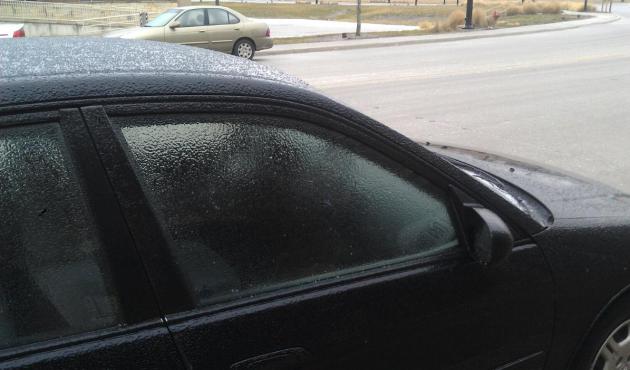 Insidious Ice. It was pretty bad out there around midday and early afternoon Sunday, as rain froze on contact with cold surfaces. With glaze ice front-wheel drive and even four-wheel drive doesn’t help much. It’s usually the SUV’s, driving too fast for conditions, that are the first to wind up in the ditch. Photo above: Steve Bridges and WeatherNation TV. 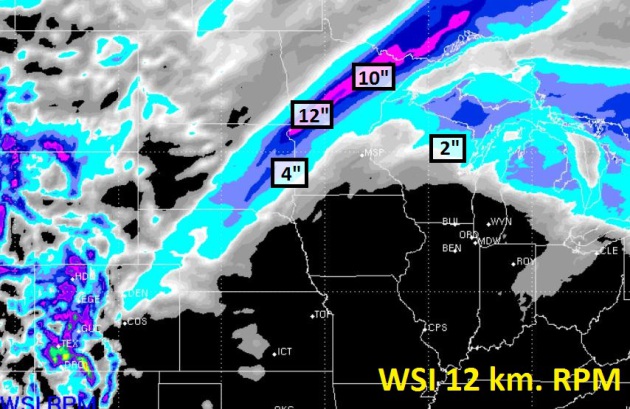 72 Hour Snowfall Prediction. The Twin Cities metro area may pick up a slushy coating tonight and early Tuesday, but the greatest potential for accumulation is from Breckenridge to Detroit Lakes, Fergus Falls and the BWCA, where a narrow band of 6-10″+ snow may fall as much colder air arrives Tuesday into early Wednesday. Keep that in mind if you’re driving into central, western or northern Minnesota tomorrow. Model graphic: WSI. 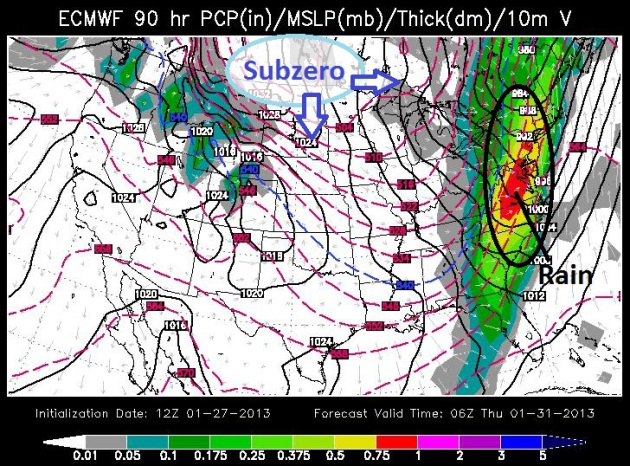 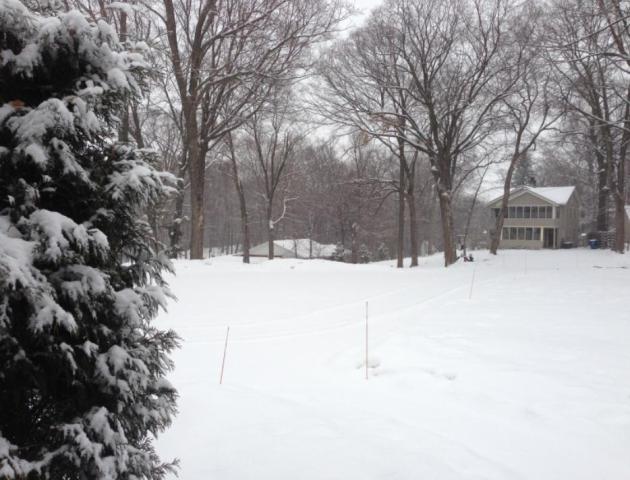 Enjoying Snow, While We Still Can. Here’s an excerpt of a New York Times story (subscription may be required to read the full text): “…Fortunately, despite worries about a warming planet, no one is predicting the end of snow anytime soon. Some cold places will see more snow, because warmer air can carry more moisture. In the Northern Hemisphere, snow coverage this past December was the greatest since records began in 1966, Rutgers University’s Global Snow Lab reported. But Dr. David Robinson, a climatologist at Rutgers, warns that year-to-year fluctuations and regional differences can deceive casual observers. In general, he says, there has been an “overall decline in snowfall.” Other studies echo that conclusion. The United States Global Change Research Program’s recently released draft National Climate Assessment reports that “Overall snow cover has decreased in the Northern Hemisphere, due in part to higher temperatures that shorten the time snow spends on the ground.” The report also notes a decline in the frequency of very snowy winters and in snow accumulations in the American West, and said we can expect more rainstorms “in previously snow-dominated settings….”

Favorite Photos from the weekend, courtesy of WeatherNation TV: 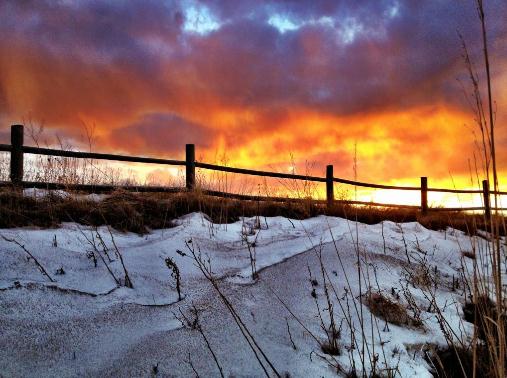 An Inflammed Sky. Thanks to MTsevereweather, who snapped this photo near Great Falls, Montana. Big Sky Country indeed. 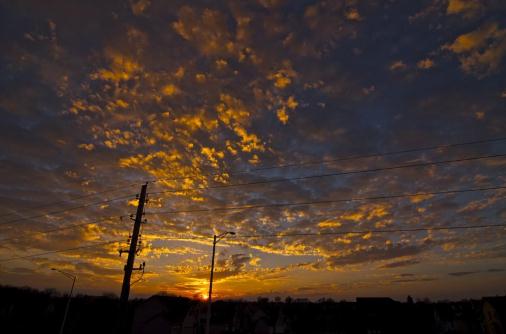 Sun-Dabbled. Some of the best photos come near sunset and sunrise, with a low sun angle illuminating the underside of cloud formations, resulting in colors and textures you just can’t find anywhere else. Thanks to Mike Schierholz, who snapped this photo near Kansas City. 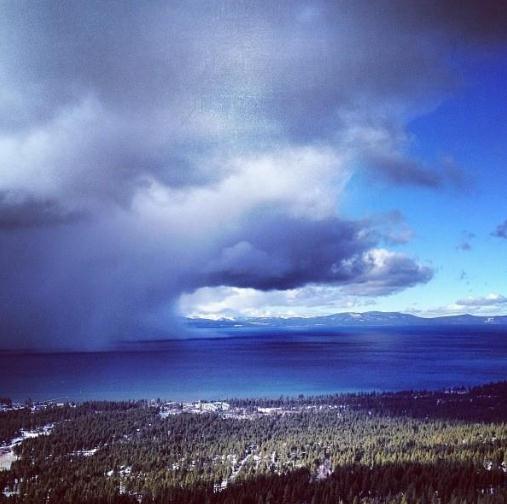 Definition Of A “Snow Shower”. That’s Lake Tahoe off in the distance, courtesy of Ski Heavenly. I’m there… 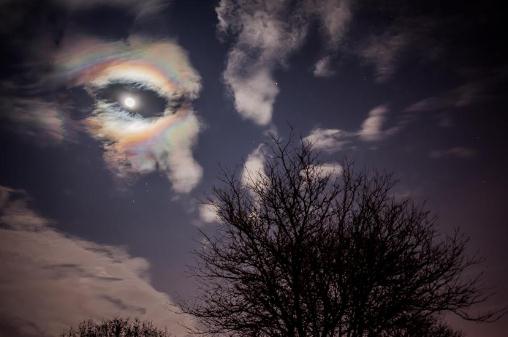 A Carona You Can’t Drink. No, it’s not a 22 degree halo, but a corona, courtesy of Michael Haines, who snapped this photo in southeastern Michigan. 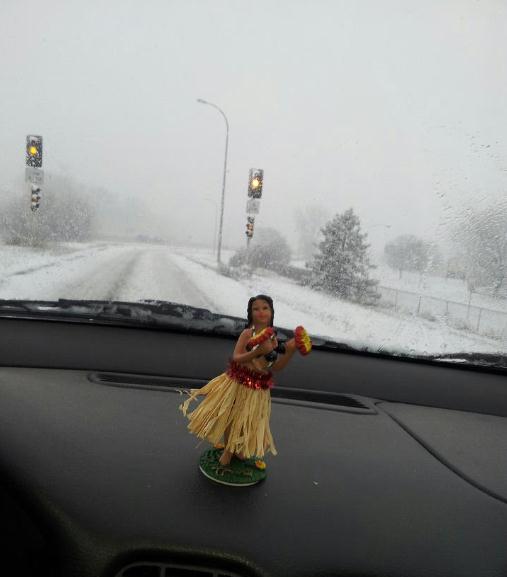 Dreaming Of Hawaii. Klint Skelly was navigating the snowy streets of St. Cloud yesterday, but he never lost sight of his goal. Maui. Oahu would work. So would the Big Island. Heck, at this point I’d settle for Dubuque. 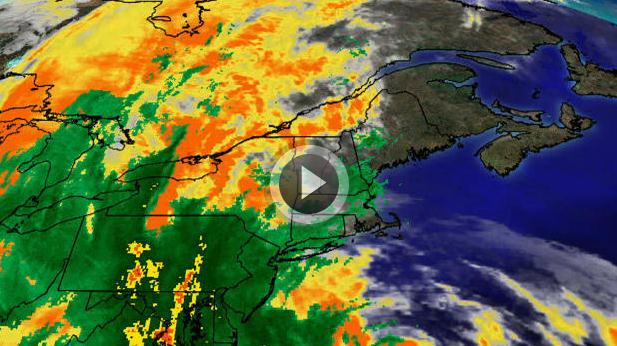 Climate Change: No More Denying It. I’m a naive optimist, and even I still expect some to continue denying the data, the trends, and the implications. Why? There are trillions of dollars at stake. Here’s an excerpt from CBS This Morning: “…First, Kluger wanted to be clear on the distinction between weather and climate. “Weather is the short term event: A day, a week, a month, even a year,” he said. “Climate is these large, thematic changes.” Over the last 40 years, record-setting temperature months around the world have increased five-fold. Nine of the top ten warming years on record have been in the 2000s. And Hurricane Katrina-type events are turning out to be twice as likely in years with warming. Kluger said climatologists have long been warning the public of the dangers of too much carbon in the atmosphere, and now, all of the changes they had been predicting have happened on schedule…”

Nicholas Stern: “I Got It Wrong On Climate Change – It’s Far, Far Worse.” You may remember “The Stern Report”. It turns out, in 20/20 hindsight, he may have underestimated the risk. Here’s an excerpt from the U.K. Guardian: “…In an interview at the World Economic Forum in Davos, Stern, who is now a crossbench peer, said: “Looking back, I underestimated the risks. The planet and the atmosphere seem to be absorbing less carbon than we expected, and emissions are rising pretty strongly. Some of the effects are coming through more quickly than we thought then.” The Stern review, published in 2006, pointed to a 75% chance that global temperatures would rise by between two and three degrees above the long-term average; he now believes we are “on track for something like four “. Had he known the way the situation would evolve, he says, “I think I would have been a bit more blunt. I would have been much more strong about the risks of a four- or five-degree rise.”

Photo credit: “Lord Stern now believes he should have been more ‘blunt’ about threat to economies from temperature rises.” Photograph: Sarah Lee for the Guardian 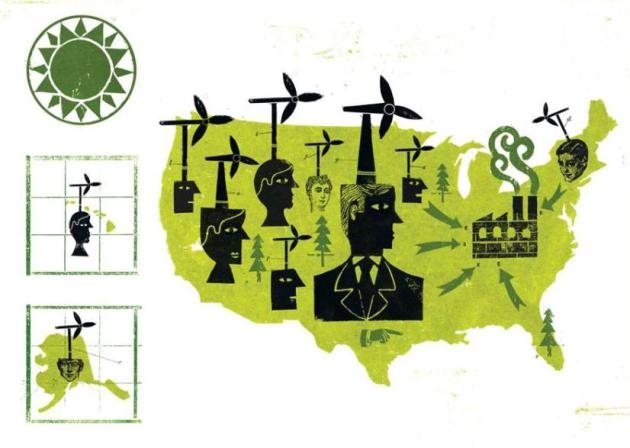 In The War Against Climate Change Look To The States. With a politically polarized political minefield in Washington D.C. are viable climate solutions more likely to succeed at a state and local level? Here’s a segment of an Op-Ed at The Boston Globe: “…Third, innovation works better with decentralization. Compared with top-down federal programs, innovation happens faster when there is competition between technologies and business models, and ample opportunity for new entrants to compete against incumbent firms. (This is especially important in electricity, where not only startups but also big companies like Apple and Google should be allowed to challenge incumbent utilities with innovative new energy systems and services.)….The federal government still has a crucial role in funding basic energy research. But for downstream innovation investments it’s time to bypass Washington. That’s how to unlock America’s enormous entrepreneurial, managerial, and financial capabilities to meet one of the 21st century’s greatest challenges.” 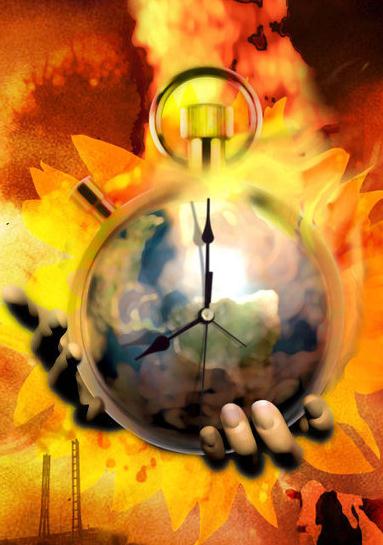 United States Should Lead On Climate Change. Here’s a snippet of an Op-Ed at The Kansas City Star: “President Barack Obama called on Americans last week to renew the battle against climate change. This line from his inaugural address garnered deserved attention: “We will respond to the threat of climate change, knowing that the failure to do so would betray our children and future generations.” But pause the tape right there. First, Obama in his four years as president already has taken several actions aimed at reducing carbon emissions, primarily through increased fuel efficiency rules for vehicles…”