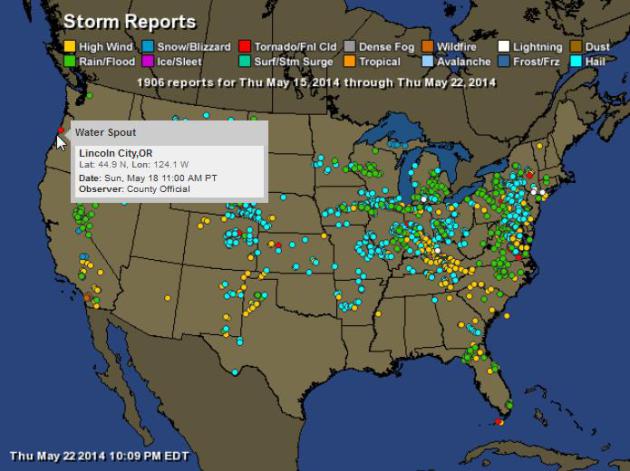 84 Hour Future Radar. NOAA’s 12 km NAM data shows an outbreak of (soaking) showers and storms across the Plains states, reaching the Upper Midwest by Sunday and Monday. Heavy showers and T-storms over New England today give way to a drying trend over the weekend with a lingering cool bias. Meanwhile with the exception of the the Pacific Northwest most of the western USA remains dry. Animation: HAMweather 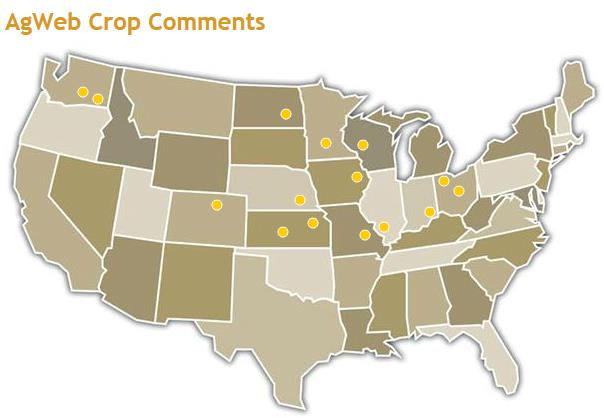 Fickle Spring Impacting Spring Planting. Check out some of the comments from farmers on AgWeb. 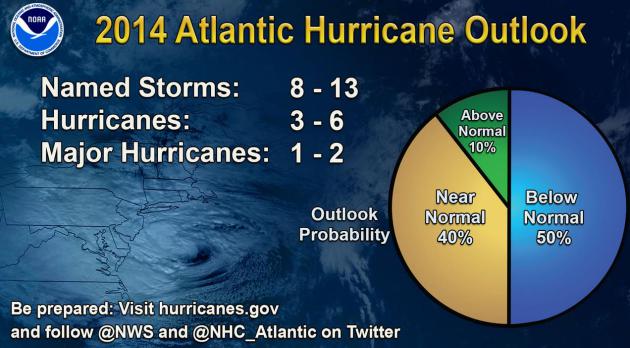 NOAA Predicts Near-Normal or Below-Normal 2014 Hurricane Season. A big factor to consider is El Nino, which usually increases wind shear over the tropics, reducing the potential for tropical development somewhat. Then again, all it takes is one. Here’s an excerpt of Thursday’s official NOAA NHC hurricane prediction for the upcoming season: “…The main driver of this year’s outlook is the anticipated development of El Niño this summer. El Niño causes stronger wind shear, which reduces the number and intensity of tropical storms and hurricanes. El Niño can also strengthen the trade winds and increase the atmospheric stability across the tropical Atlantic, making it more difficult for cloud systems coming off of Africa to intensify into tropical storms. The outlook calls for a 50 percent chance of a below-normal season, a 40 percent chance of a near-normal season, and only a 10 percent chance of an above-normal season.  For the six-month hurricane season, which begins June 1, NOAA predicts a 70 percent likelihood of 8 to 13 named storms (winds of 39 mph or higher), of which 3 to 6 could become hurricanes (winds of 74 mph or higher), including 1 to 2 major hurricanes (Category 3, 4 or 5; winds of 111 mph or higher)…”

* The Orlando Sentinel reminds us that it’s not the sheer number of hurricanes and tropical storms that matter – but where they go, and how intense they become before landfall. 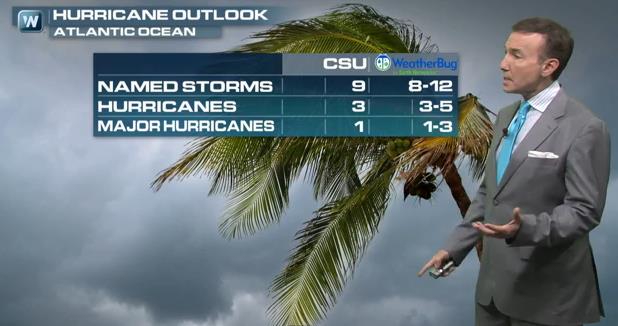 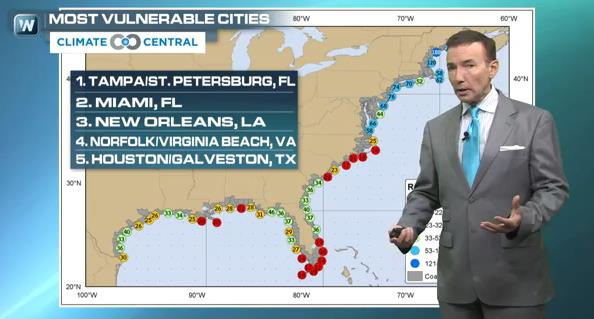 More Background on NOAA’s 2014 Hurricane Outlook. El Nino is a factor in this year’s prediction of fewer hurricanes, along with cooler water in the Atlantic. But there is lingering concern about complacency. All it takes is one hurricane, coming at the wrong time and place, to cause serious problems. In today’s Climate Matters segments we look at the Hurricane Outlook from NOAA, Colorado State and WeatherBug, and how rising seas and land subsidence are leaving some metro areas more vulnerable to tropical storm surge flooding than others. 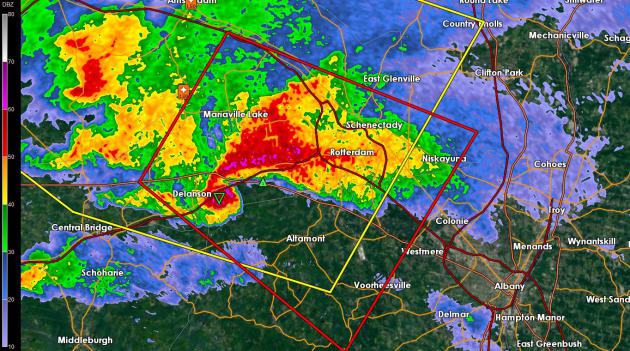 Changes Coming to NEXRAD Doppler Radar. 2-3 minute updates for .5 degree base scans? That’s a huge advance over the current 5-6 minute updates. If you’re up for a little light reading check out the other changes coming to NWS Doppler in this 53 slide presentation; here’s an excerpt: “The biggest change will be the introduction of the SAILS algorithm that will allow the 0.5 base scans to take place twice during a volume scan.  This means that the lowest elevation cut (which most of you probably use and show on broadcasts) will update every 2 – 3 minutes instead of the current 5 – 6 minutes.  Essentially, the radar will stop at a point of our local designation, go back down to 0.5, rescan, then go back up to where it left off.  The trade off is that the end-of-scan products (eg. VIL, TVS, Storm Total Precip, etc) will have slightly longer intervals between updates.” 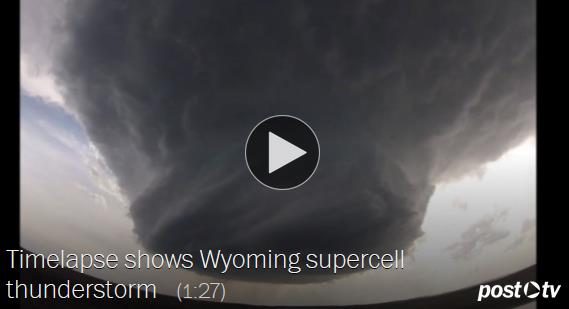 Wow, Wyoming: Surreal Supercell Thunderstorm Time Lapse. Jason Samenow at Capital Weather Gang provides a link and detail to an amazing example of a supercell thunderstorm: “Fledgling low pressure forming downwind of the Rockies  spun up a towering thunderstorm so imposing that the footage almost seems fake – as if from a sci-fi movie or another planet. Spectacular cannot even describe the time lapse video from this spinning supercell storm that blossomed in eastern Wyoming Sunday evening, near Newcastle..”
Video by BasehuntersChasing on YouTube

Alaska Town Evacuates To Escape Wildfire. One side-effect of an unusually warm and dry winter and spring for Alaska is a heightened risk of wildfires. Here’s a link to a video from NBC News. 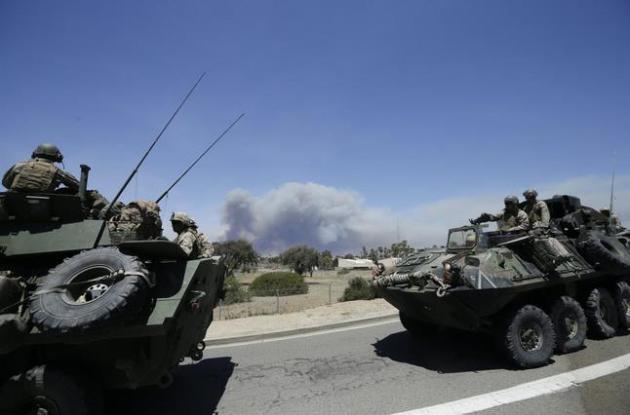 As California Wildfire Season Looms, One County Stands Out as Unprepared. San Diego has the distinction of having the finest weather (and overall climate) in the United States – although folks in Hawaii might argue with that assertion. But are they fully prepared for what may turn into a record season for wildfires? Here’s an excerpt from Christian Science Monitor: “…But San Diego stands out as “easily one of the least prepared [counties] in the entire country,” even though it is one of the most fire-prone regions of the state, says Richard Halsey, president of the California Chaparral Institute in Escondido. Some blame county taxpayers for refusing to add fees that would boost local firefighting efforts. Others say political leaders have not provided taxpayers with a plan worth supporting…”

File photo credit above: “Marines move military vehicles near the entrance to Marine Corps Camp Pendleton in front of smoke plumes from the Las Pulgas wildfire burning on base Friday, May 16, 2014, in Oceanside, Calif. San Diego County officials said Friday five wildfires have been 100 percent contained. Still, crews were focusing efforts on two large fires — one in the city of San Marcos and two blazes at the Marine Corps’ Camp Pendleton.” (AP Photo/Gregory Bull) 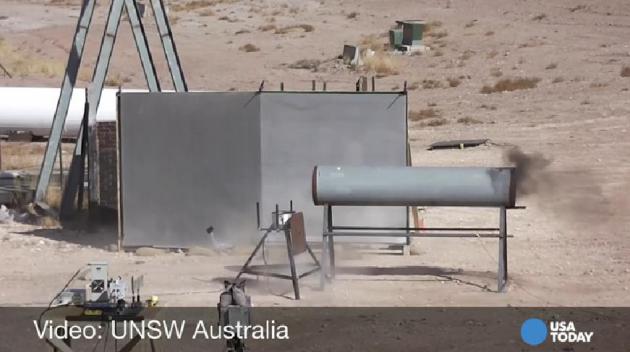 Sound Crazy? How To Fight Wildfires With Explosives. An interesting concept, so long as those explosives don’t set off new wildfires. USA TODAY has the video and story; here’s an excerpt: “While it’s normal to see air tankers dropping massive loads of water onto raging wildfires, an Australian researcher says he may have a better idea: explosives. Professor Graham Doig says it’s not as crazy as it first sounds. Oilfield firefighters have used similar techniques for decades to snuff out oil-well fires. The blast knocks the flames off the fuel source, putting out the fire…”

Photo credit above: “A new way thought to put out wildfires, explosions. This novel idea from an Australian professor.” Trevor Hughes, USA TODAY. 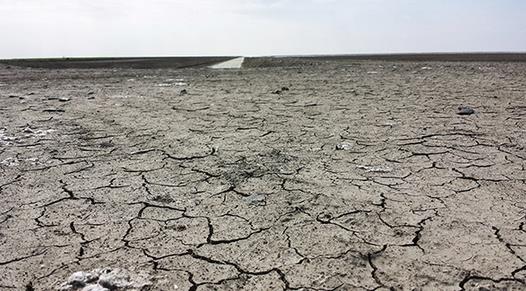 Thirsty West: Lose-Lose Situation. Historic drought is a big part of the story, but there may be more to the story, according to Eric Holthaus. Here’s an excerpt of his recent story at Slate: “…This year, water that would have been diverted to thirsty fields never came. That’s mostly due to straight-up lack of water. After all, the state is in the midst of months and months of practically no rain and currently has the slimmest snowpack on record—just 4 percent of normal as of Tuesday. But part of the dwindling water supply has been kept in streams, to keep sensitive rivers flowing. According to some farmers here, that means the extreme lack of water is partly the government’s fault. They’ve got a case…”

Photo credit: “What remains of Tulare Lake, once the biggest freshwater lake west of the Mississippi.” Courtesy of Eric Holthaus.