2 Sep 2013, 5:57 am
Share:
Labor Day Flashback
Labor Day 2013, a chance to look back and remember the odd jobs I’ve had over the years.
Delivering newspapers – on a minibike, making subs & pizzas, washing dishes at a Sheraton (worst job ever?), being told by McDonalds that I wasn’t “management material”. That hurt. Asking a kid in high school study hall if the AM radio station he worked at had their own on-air weatherman. Updating 11 FM stations from a payphone in my (noisy) college dorm. Standing outside, like a wayward postal carrier, pointing to a green screen, trying to make sense of the weather for a string of TV stations. Launching my own TV weather studios in 2008, only to participate in a new national weather channel two years ago. Didn’t see that coming. In fact my meteorological career has been tougher to predict than the weather, taking some odd twists and turns, more pleasant surprises than unpleasant setbacks.
It’s been a strange and wonderful ride with great friends along the way. No regrets.

Big Extremes. After waking up to 40s across much of central and northern Minnesota this morning, temperatures will be 40 degrees warmer by Wednesday afternoon as surface winds turn to the southwest. Maps above: Ham Weather. 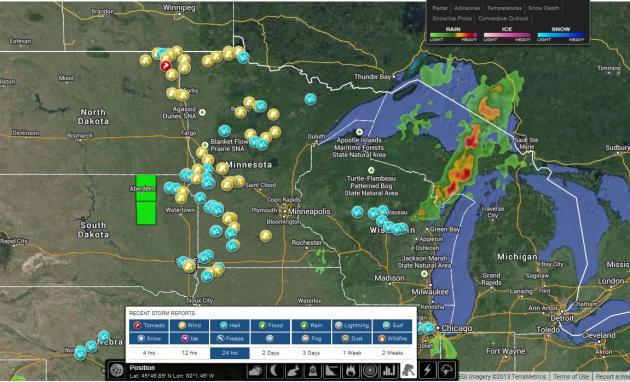 Saturday Damage Reports. Winds gusted as high as 60-70 mph. over northern and western Minnesota, before the squall line weakened as it pushed into the Twin Cities after the dinner hour. Hail up to 2″ in diameter was reported at Montevideo, at least one funnel cloud spotted northwest of Grand Forks. Interactive map above: Ham Weather.

Flash Drought: New Term Coined To Describe Summer’s Strange Weather. I thought this article from LaCrosseTribune.com captured the moisture (and temperature) whiplash we’ve experienced this summer: too much moisture early in the planting season, far too little by August, with huge swings in temperature accompanying these meteorological flip-flops. Here’s an excerpt: “The region’s mood swing from cool, soggy spring to parched yet sweltering late summer has coined a new weather term: flash drought. The label reflects how quickly conditions have deteriorated in the region under the withering combination of weeks without rain coupled with extreme heat at a crucial time for maturing crops, said Todd Shea, a meteorologist with the National Weather Service in La Crosse….This quick-onset drought also comes in a year in which crops that otherwise might have endured the dry spell already were delayed by, ironically, too much rain that pushed planting in some fields until mid- to late June. “It’s been a year that’s not been like any in recent memory,” Steve Huntzicker, in his eighth year as La Crosse County UW-Extension agricultural agent, said of the conditions….”Photo credit: Chris Hardie. “A cornfield near Ettrick show signs of stress from the recent drought.” 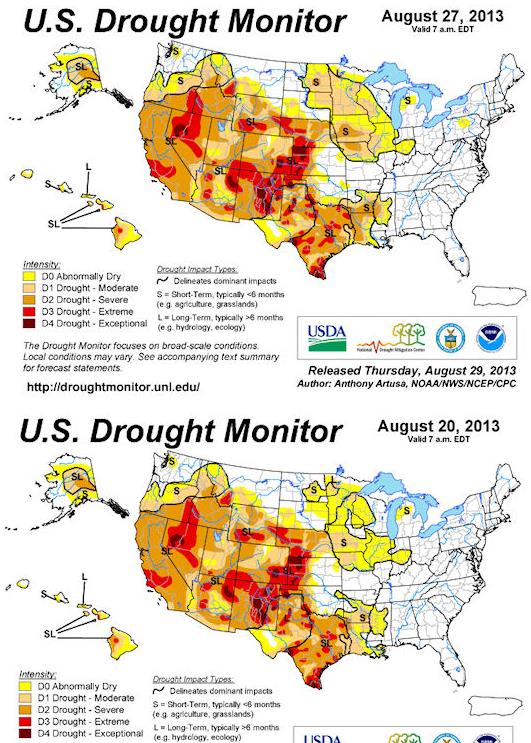 Midwest Dryness Intensifies; Plains Drought Sustained. Farm Futures has more on the sudden onset of moderate drought across much of the state: “Higher than normal temperatures coupled with minimal rainfall has kept the Midwest in a “flash drought” late in the summer season, the latest U.S. Drought Monitor reports, while rain the Plains continues to be minimal. Rapid onset of heat and diminishing soil moisture is taking a toll on Midwestern crops, however, regional waterways are not yet showing much impact. According to the USGS, approximately three-quarters of Midwestern stream flows are close to normal for this time of year, with most of the remainder registering as below-normal, the Drought Monitor reports. The dryness is in stark contrast to the wet spring many areas of the Midwest experienced; for example, Burlington, Iowa, this year had its wettest spring on record since 1898, with 19.23 inches of precipitation. Burlington is now on track to experience its driest summer on record since 1898, with only 3.86 inches of precipitation so far...” 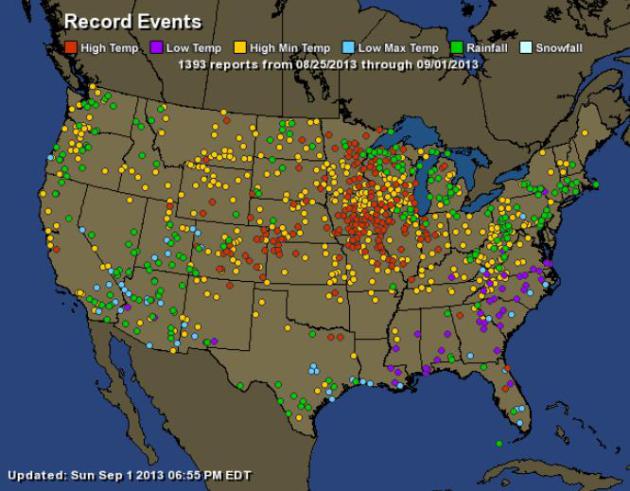 60-Hour NAM. Here’s the 4 km solution from the 12z Sunday run, showing heavy showers and T-storms spreading from the Ohio Valley into the Northeast and New England, a potential for showers near Yosemite (hopefully giving 5,000+ firefighters at the Rim Fire the upper hand in the coming days). Still quiet in the tropics, for now. Animation: Ham Weather. 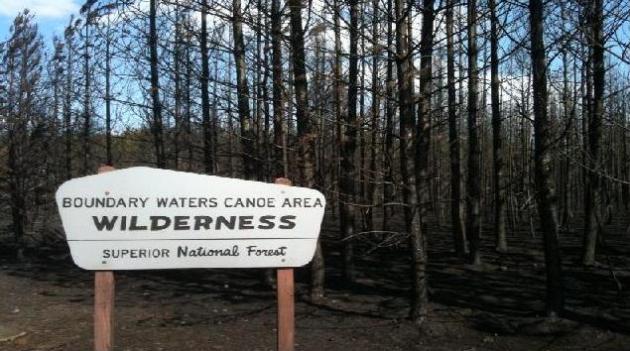 BWCA Fire Declared 100% Contained. Here’s a clip from a story at AP and KARE-11: “U.S. forestry officials say the last remaining wildfire in the Boundary Waters Canoe Area Wilderness has been declared 100 percent contained. A Duluth News Tribune report says the 188-acre Knife Lake fire will be declared officially controlled once additional clean-up work is finished. Two firefighters remained on the scene Saturday for patrol work and clean-up. The fire was located near the South Arm of Knife Lake, northeast of Ely near the U.S.-Canadian border. The largest fire burned at least 15 to 20 acres. A Superior National Forest spokeswoman says heavy rains last week helped aid the containment efforts…” 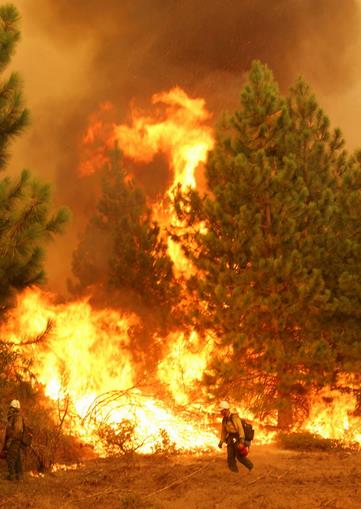 No Atlantic Hurricane By August In First Time In 11 Years. The probability of an average or above-average hurricane season in the Atlantic is dwindling with each passing day. Details from bloomberg.com: “August is about to end without an Atlantic hurricane for the first time since 2002, calling into question predictions of a more active storm season than normal. Six tropical systems have formed in the Atlantic since the season began June 1 and none of them has grown to hurricane strength with winds of at least 74 miles (120 kilometers) per hour. Accumulated cyclone energy in the Atlantic, a measure of tropical power, is about 30 percent of where it normally would be, said Phil Klotzbach, lead author of Colorado State University’s seasonal hurricane forecasts. “At this point, I doubt that a super-active hurricane season will happen,” Klotzbach said in an e-mail yesterday…” 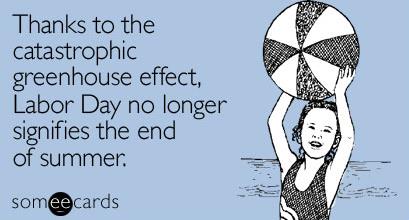 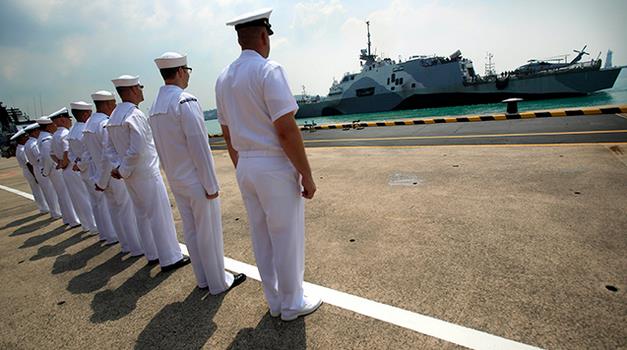 Climate Change Deniers At War With Military Over Green Energy. Here’s an excerpt of a story at billmoyers.com: “When Congress returns from vacation in a week and a half, the Senate will take up the National Defense Authorization Act (NDAA), the bill that sets the Department of Defense (DoD) budget — and defense-related budgets for other departments — and mandates how America’s military leaders use that funding. Last year, the fight over the NDAA got stuck on the Pentagon’s plans to make the military’s operations greener and more sustainable. Republicans in particular went after Navy Secretary Ray Mabus’ plan for a “great green fleet” powered on alternative energy — a play on Theodore Roosevelt’s vision of a “great white fleet” that would circumnavigate the world and define the U.S. as a key international player. Mabus’ goal is for his forces to draw 50 percent of their energy from alternative sources by 2020…”Photo credit above: “U.S. Navy officers and sailors stand at attention as U.S. Navy ship USS Freedom (LCS 1) berths at the Changi Naval Base on Thursday April 18, 2013 in Singapore.” (AP Photo/Wong Maye-E). 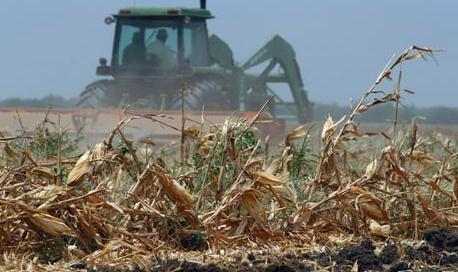 Spread Of Global Crop Pests Threatens Global Food Security As World Warms.EurekAlert has the story – here’s an excerpt : “A new study has revealed that global warming is resulting in the spread of crop pests towards the North and South Poles at a rate of nearly 3 km a year. The study, published in the journal Nature Climate Change and carried out by researchers at the University of Exeter and the University of Oxford, shows a strong relationship between increased global temperatures over the past 50 years and expansion in the range of crop pests. Currently 10-16% of global crop production is lost to pests. Crop pests include fungi, bacteria, viruses, insects, nematodes, viroids and oomycetes. The diversity of crop pests continues to expand and new strains are continually evolving. Losses of major crops to fungi, and fungi-like microorganisms, amount to enough to feed nearly nine percent of today’s global population. The study suggests that these figures will increase further if global temperatures continue to rise as predicted…” (file photo: Star Tribune). 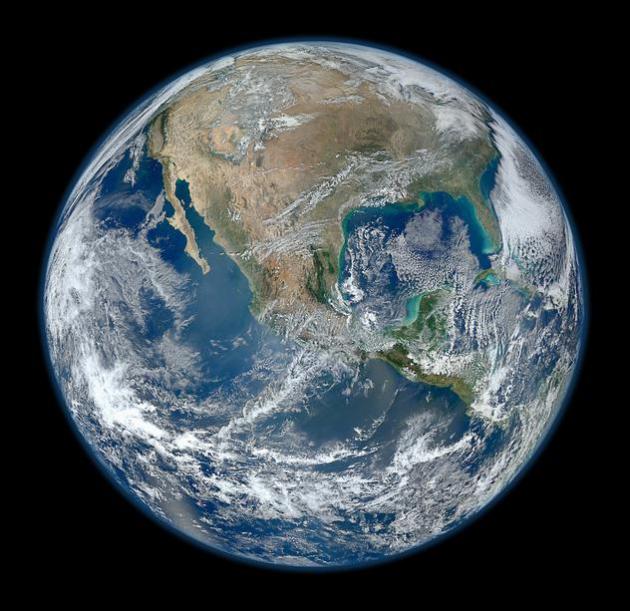 Winding Up The Global Spring Of Planetary Catastrophe. In a nutshell, we don’t know what we don’t know. And nature rarely moves in a perfectly straight line. Tipping points? Unintended consequences that climate models can’t possibly see in advance? We’re in uncharted waters with Earth’s climate system, odds are pretty good things will pop up that we hadn’t expected. Here’s a clip from Huffington Post: “I was always taught that if you don’t know how something works, you shouldn’t mess with it. The Earth’s climate represents a wonderfully complex dynamical system that we do not fully understand. Some components are in a delicate balance. As we continue to shift that balance by disrupting our atmosphere’s cooling capacity, there is no telling what will happen…One of the most ominous aspects of global warming is the apparent “plateau” in global mean surface temperature. We know from basic physics and from observations that more energy is entering the earth’s atmosphere than is escaping to space. All that heat is being stored. We don’t know exactly where, or what effects it will have. It’s as if we are winding up a giant spring that us pushing back and giving the appearance of stability that cannot be real. There is some evidence that the gigantic spring is the Pacific Ocean. Eventually, something is going to give…”