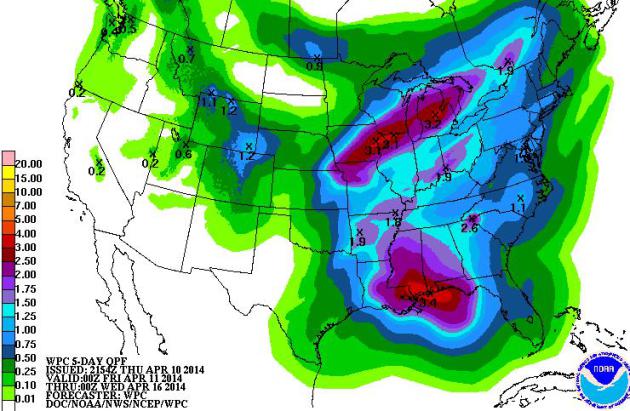 Heavy Rain. Heavy rains are possible from the Great Lakes to the Gulf Coast over the next 5 days as we watch a strong system move through. Some of this precipitation, though, will be in the form of snow from Nebraska to Wisconsin. Will winter ever end? Map: NOAA. 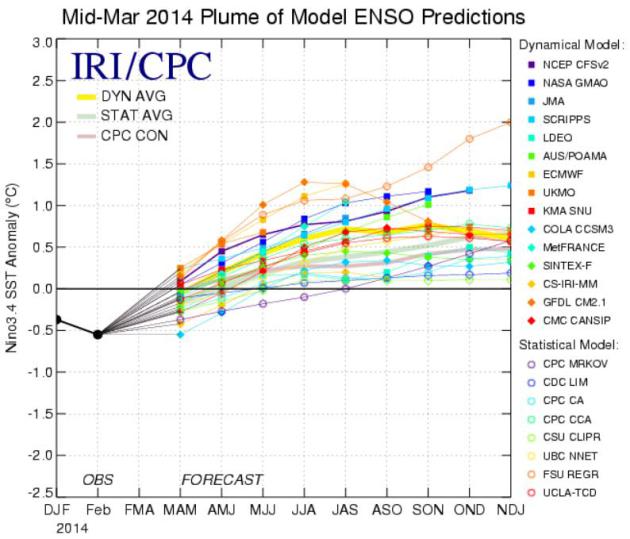 Growing Probability Of An El Nino Later in 2014. NOAA NCEP is forecasting a continuation of ENSO-neutral into spring, but a mild to moderate El Nino warming phase has a greater than 50% chance of materializing by summer and fall. 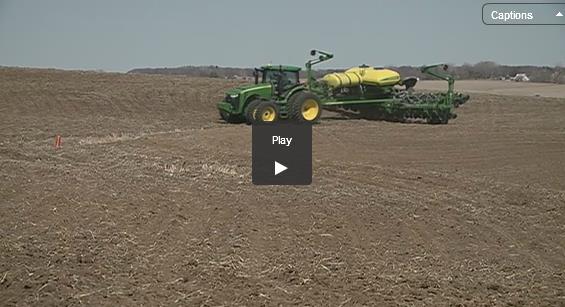 Farmers Switch To Drought-Tolerant Seeds. KETV-TV in Omaha has the story and video; here’s an excerpt: “…But a new type of corn seed can handle the heat. Drought-tolerant corn has been studied and tested for a few years but just recently got approval from the Environmental Protection Agency. Mcnamara is planting 2,000 acres of the drought-tolerant corn, and he’s selling a lot of it, too. “I don’t know one grower that’s been farming for any amount of time that doesn’t want more moisture at some point in the growing season,” he said...”

The Future Of “Made In America” Is Tesla, Not Ford. Quartz has the story; here’s a clip: “…The giant F150 topped cars.com’s American-Made index last year, which measures where parts come from, where the car is assembled, and sales. But that could soon change. According to Morgan Stanley, Tesla vehicles could soon claim the top spot on that list, once the company’s much-vaunted $6-billion gigafactory to produce its own lithium-ion batteries is up and running. By then, more than 90% of the stuff used to build Tesla’s cars might be from America, according to Morgan Stanley, compared to 75% for the F-150…”

Swiss Unveil New Solar Plane For Global Flight. Just when you thought you’d seen everything, along comes this story from AP and ABC News: “The Swiss-made airplane built for the first round-the-world solar flight has wings longer than a Boeing 747 jumbo jet yet weighs only about as much as a large car. The Solar Impulse 2, unveiled to the world Wednesday at Switzerland’s Payerne Air Force Base, is a bigger and better version of the single-seater prototype that first took flight five years ago. The original plane demonstrated that a solar-powered plane can fly through the night, hop from Europe to Africa and cross the width of the United States…”

In The End, People May Really Just Want To Date Themselves. We’re a society of narcisists? Imagine that. FiveThirtyEight has the head-scratching story; here’s an excerpt: “…The data reveals a clear pattern: People are interested in people like themselves. Women on eHarmony favor men who are similar not just in obvious ways — age, attractiveness, education, income — but also in less apparent ones, such as creativity. Even when eHarmony includes a quirky data point — like how many pictures are included in a user’s profile — women are more likely to message men similar to themselves. In fact, of the 102 traits in the data set, there was not one for which women were more likely to contact men with opposite traits…”1 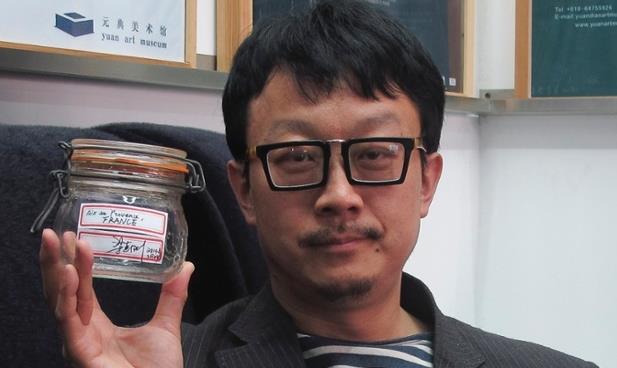 Jar Of French Mountain Air Sells For 512 Pounds In Polluted Beijing. I’m in the wrong business. The Guardian has the details; here’s the intro: “Beijing artist Liang Kegang returned from a business trip in southern France with well-rested lungs and a small item of protest against his home city’s choking pollution: a glass jar of clean, Provence air. He put it up for auction before a group of about 100 Chinese artists and collectors late last month, and it fetched 5,250 yuan (£512). “Air should be the most valueless commodity, free to breathe for any vagrant or beggar,” Liang said in an interview. “This is my way to question China’s foul air and express my dissatisfaction...”

Photo credit above: “Beijing artist Liang Kegang poses with the jar of fresh air collected in Provence, France, in an art gallery in Beijing, China. The jar of air has fetched $860.” Photograph: Didi Tang/AP.